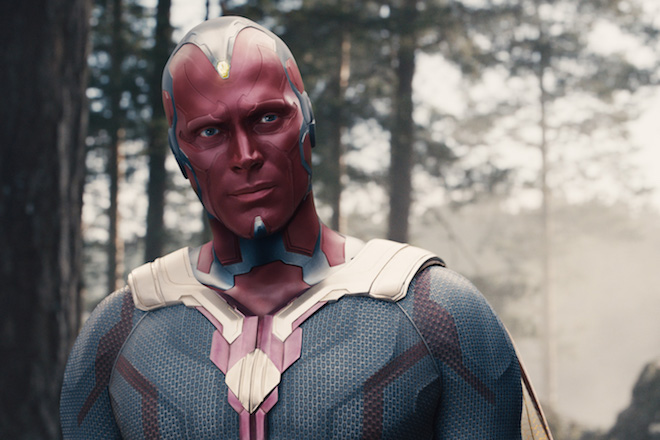 Comic Book Origins: The Vision's origin is a tricky one. Avengers issue #57 from 1968 is indeed his first appearance. However, Vision was based on an earlier hero of the same name from 1940. Joe Simon and Jack Kirby debuted The Vision in Marvel Mystery Comics #13 back in November of 1940, which was the Golden Age of Comics. He was a sort of inter-planetary guardian or police officer of sorts. Almost 30 years later, Stan Lee wanted to add a new Avenger, which turned into their revamped version of The Vision, who is an android that helps out the superhero team. 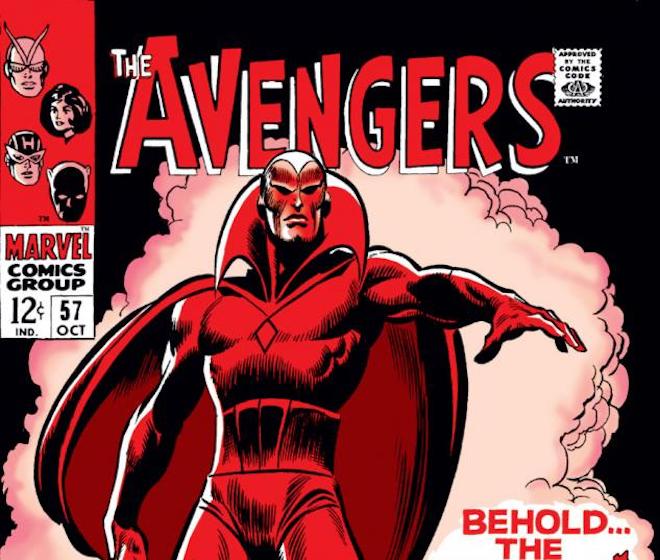 In the comics, the big bad villain Ultron creates Vision in order to destroy his creator, Hank Pym of Ant-Man fame. It wasn't Tony Stark, like in the films. In Avengers #57, Vision enters the Avengers HQ and collapses. When he awakens, he attacks the Avengers under Ultron's mind control, but stops and tells the Avengers where Ultron is hiding out. At the end, Vision stands up to Ultron and defeats him, saving the day and the Avengers, thus joining the team.

Marvel Cinematic Universe 1st Appearance: Avengers: Age of Ultron (May 1, 2015 - Directed by Joss Whedon) - Ultron is trying to create the perfect host for himself in human body form with vibranium as skin, so Ultron can destroy the Avengers and the world. Luckily, the Avengers get to this first where Tony Stark downloads J.A.R.V.I.S. into this host, becoming the light and good of humanity and the world. Meanwhile, Ultron is left in his iron suit. When the Avengers head to Sokovia to fight Ultron, it's Vision who ultimately defeats him.

Best Scene Thus Far: There are some great fight scenes with Vision for sure, and Vision can pick up Thor's hammer with great ease. However, I believe his best thus far comes in a 3-minute scene from Captain America: Cvil War, where we are basically treated to a cooking show with Vision as he tries to flirt with Scarlet Witch. It is so sincere, yet super funny.

First, we see Vision cooking a feast, as all the spices and food are laid out.  Yet he doesn't quite know how to cook things for his secret crush. When Scarlet Witch comes over, he has to think of a way to flirt with her, where he says, "Nobody dislikes you". She responds with an awkward, "Thanks".  It's perfect comedic timing and delivery, where we can all relate to something awkward we've said to someone we like. This also shows Vision's almost human side and vulnerability. He then goes on to discuss the Mind Stone in his forehead and how he wishes to understand it and why it's a part of him. He knows it powered Loki's scepter and gave Scarlet Witch her powers, but he wants to know more about it. Of course, this comes to a literal head in Avengers: Infinity War, and furthers the romantic relationship with Vision and Scarlet Witch.

What To Expect from Infinity War: So Thanos basically has all of the Infinity Stones to take over and rule the entire universe, minus one of them. This stone is known as the Mind Stone and is very powerful. Whoever owns it can control other people's actions and thoughts, as well as other objects. At first, Thanos had the stone, but gave it to Loki to conquer Earth. Of course, that failed and it went over to S.H.I.E.L.D. It gave life to Vision as well, which is where it currently is, as it's stuck in his forehead. In the trailer for Infinity War, we actually see Thanos holding Vision by the head, looking to take the last stone out, which could kill Vision. 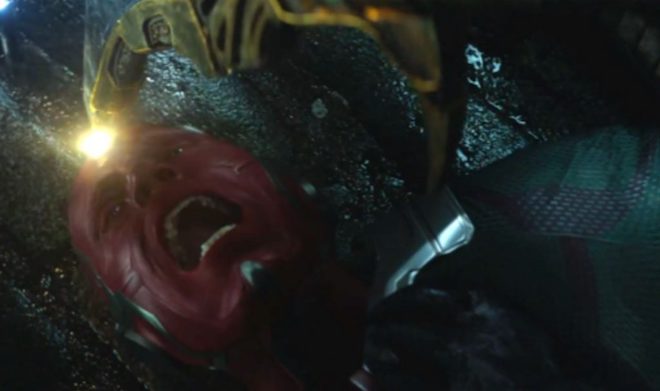 Again, going by what we see in the trailer, it looks like Vision is going to die, but I don't think that's the case because Vision and Scarlet Witch end up together in the end, having twins in the comic books. I expect to see Vision dead or close to dying, but somehow, his power stuns Thanos at some point, even after Thanos takes the Mind Stone. Needless to say, Vision has a hefty role for this Infinity War film.

Future MCU Appearances: I fully expect Vision to be a key factor in defeating Thanos and other characters coming up in the MCU. His alliance and abilities when combined with Thor are unstoppable. I doubt we will get a spinoff film of Vision alone, but it will be nice to see more of him and his relationship with Scarlet Witch in the future. Plus in the comics, Vision was created in the Ant-Man universe, so I expect to see him at some point in the Ant-Man and the Wasp film.

In Conclusion: Vision is such a different character than the rest because he is not human. He was created by the supervillain Ultron, but ultimately became good thanks to Tony Stark. His body is vibranium, he houses the Mind Stone in his forehead, and has super strength and is incredibly intelligent. In the films, it's great to see him have a fun human side when he tries to flirt and be funny with the other Avengers as he is perfectly played by Paul Bettany, who also voiced J.A.R.V.I.S. It was only fitting to have him play Vision in the MCU as well.