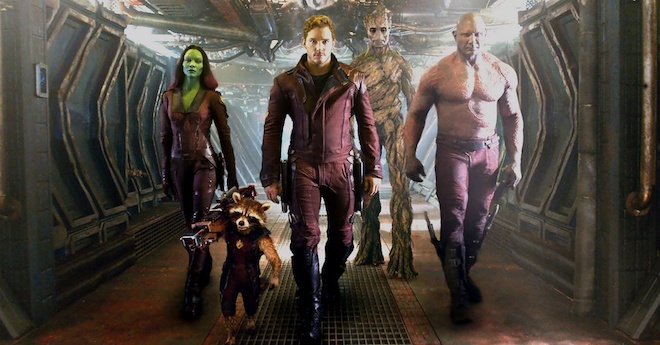 GUARDIANS OF THE GALAXY

Comic Book Origins: The origins of The Guardians of the Galaxy are very different than in the comic books, which was why we all thought it was super strange that a movie about Guardians of the Galaxy was being made, given it's publication history and non-mainstream attention. Interestingly enough, none of the characters from the Marvel Cinematic Universe are part of the Guardians of the Galaxy in their first comic book appearance, besides everyone's favorite Mary Poppins - Yondu. That's right, there is no Groot, Star Lord, Rocket, Gamora, Drax, or Nebula in the original team. 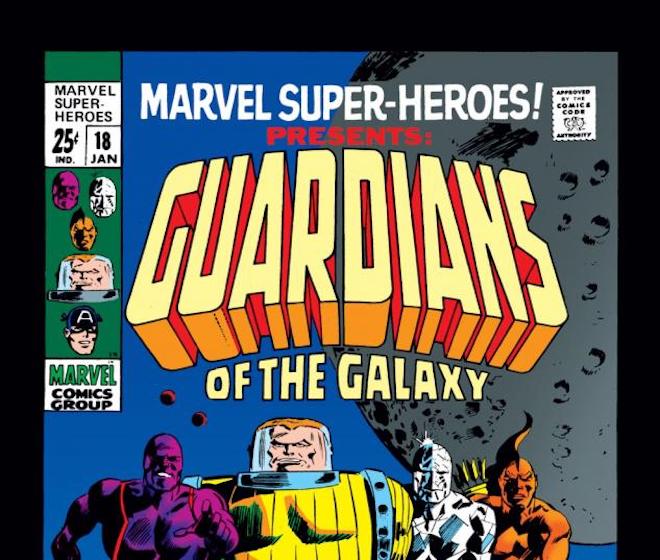 In Marvel Super-Heroes, a superhero named Charlie-27 realizes that his home planet of Jupiter has been overrun by the Badoon, an evil alien race similar to lizard people. This is where Charlie-27 realizes he needs help and sets out to find other superheroes. He runs into a few, including Yondu and, after a few hiccups, these superheroes form the Guardians of the Galaxy and defeat the Badoon. However, they are not really seen for another few years in comic book form. While most of the MCU characters have been around for a long time, they all didn't come together until quite recently, as few as just ten years or so ago, which is when Star Lord took over as team leader.

Marvel Cinematic Universe 1st Appearance: Guardians of the Galaxy (August 4, 2014 - Directed by James Gunn) - Everyone in the Guardians of the Galaxy made their first appearance in the Marvel Cinematic Universe in their own first film. We see Peter Quill aka Star Lord as sort of a Han Solo type of character, running missions and gathering objects for Yondu and others. He crosses paths with Rocket and Groot, but they are all taken prisoner for their criminal ways when they meet Drax and Gamora. They form an unlikely friendship when they realize Thanos is set on destroying the entire universe. Every character here has their own backstory, issues, and perfect comedic timing and has become some of the best entertainment in the MCU.

Best Scene Thus Far: I mean, how do you pick just one? I'd like to say the entirety of both Guardians of the Galaxy movies, because they are in fact both amazingly funny, endearing, emotional, and perfectly executed. From Groot's dancing to the prison escape sequence to the opening space battle in Vol. 2, there is no shortage of great scenes. If I was tied down and tortured to pick one scene though, it would have to be a scene toward the end of the first Guardians of the Galaxy film, where Groot saves everyone and sacrifices himself for the whole team.

In the scene, we see that, after the Guardians save the planet, their lives are about to end. They all accept it and come together as one when Groot wraps his branches around everyone, showcasing a beautiful and serene forest with fireflies so they don't witness the destruction outside. Everybody survives except for Groot (although, per James Gunn, another Groot is reborn as a twig and must grow up from a kid to an adult again). This scene is so emotional that I still get choked up watching it many times after. It's such an amazing scene that features everyone at both their happiest and saddest moments.

What To Expect from Infinity War: With so many characters, this might get a bit detailed, so stick with me. In this MCU version of Guardians of the Galaxy, we actually have the two kids of Thanos in this group -- Gamora and Nebula. With this information, they will be key to Thanos' success or failure.

Gamora and Nebula both have a bone to pick with their father. Gamora wants to see him dead while Nebula wants to be in his good graces again partly, but also wants to be able to take over the universe herself while destroying him. In Guardians of the Galaxy Vol. 2, we slowly see Gamora and Nebula repairing their broken sisterhood, which might see them team up against their father Thanos. With the huge success of Guardians of the Galaxy and their upcoming 3rd film, I don't see any of them dying off, unless there is an alternate timeline/time travel device that is conceived up. Expect to see flashbacks of Gamora and Nebula as young sisters with Thanos showing them the ropes.

Drax the Destroyer, on the other hand, might have a bigger bone to pick with Thanos, who is responsible for killing his whole family and he vows to kill Thanos himself. Again, I don't see Drax dying because I can't imagine a Guardians of the Galaxy film without his dry wit, but if anyone were to be killed off, it will be Drax, so he can be with his family again, while serving a major blow/strike to Thanos in some form or fashion. That being said, I think Drax will be around to laugh at another day with his new girlfriend Mantis.

Rocket and Groot, I believe, will have some great moments, but will serve as the big comic relief. Rocket and Groot are like the puppy dogs of the MCU and there is no way they are killing everyone's favorite puppy dogs of this group. I expect Groot to have some great teen angst this time, but come thru to help save the day at some point, while Rocket will hate everything, but create some sort of technology with Stark and Shuri to help defeat Thanos. Sure, they could kill off Groot again, but I imagine teen angst Groot will be a central focus in the third film.

Peter Quill / Star Lord will no doubt play a big part in Avengers: Infinity War. In the trailer, we see him and his Guardians cross paths with Thor, which will probably bring them all to the forefront to battle Thanos somewhere. Star Lord is definitely not dying here. With the third film already in development, there is no way they are killing off one of the most popular and well-liked characters. Again, if they go that route, expect an alternate timeline of things. I expect Peter Quill to have some great one-liners with each Avenger and perhaps having a good time back on Earth. Rest-assured, the Guardians of the Galaxy will live to see another day.

Future MCU Appearances: Marvel has already announced a third Guardians of the Galaxy film to be released in 2020 so we will definitely see them in that as well as the second part of this Avengers film. I doubt we will see them in the next Spider-Man film, but we could see them pop up in the Captain Marvel movie that is coming out.

I also doubt we will be seeing the Guardians in the upcoming Ant-Man and Wasp movie. That being said, don't expect any standalone movies of particular characters, although you can expect many more Guardians sequels if the cast and crew decide to stay together.

In Conclusion: The members of the Guardians of the Galaxy are definitely the fan favorites. Being part of the Marvel Cinematic Universe, we've been waiting patiently for them to fight alongside the Avengers for some time, and we finally get that payoff. I don't see anyone being killed off, but I do expect them to put up the good fight, have some vital moments in defeating Thanos, since his kids are on this team, as well as providing most of the comedic bits in the film. With excellent performances and their unique style and delivery, these Guardians will be a much welcomed and much needed force for this and future films.