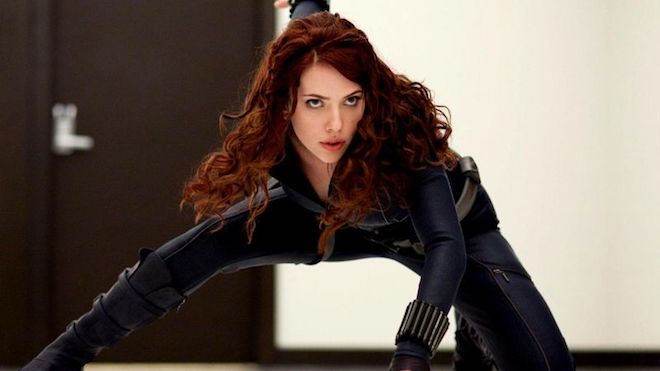 Comic Book Origins:  Black Widow had a completely different introduction in comic book form than she did in the Marvel Cinematic Universe. Her first appearance was back in 1964 where she and her partner Boris were in Russia. Meanwhile in the United States, Tony Stark was working on a new laser beam invention with a professor named Anton Vanko who, in the film Iron Man 2, was Whiplash. Nikita Khrushchev learns about this invention and decides to send his two spies, Boris and Black Widow, to kill Stark and take his invention. Black Widow introduces herself as Madame Natasha, where Stark finds her beautiful and takes her out on a date. 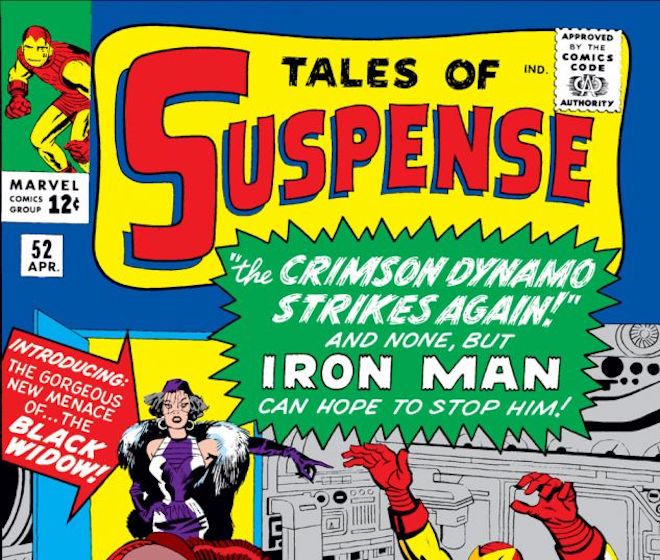 Meanwhile, Boris sneaks into the lab and beings to destroy everything, kill people, and takes the laser invention. Stark is alerted and heads to the lab with Black Widow. Of course Stark saves the day, but with some lives lost. Black Widow escapes and is on the run when Stark learns of her true identity and feels pity for her. Needless to say, Black Widow doesn't do a whole lot in her first appearance. It wasn't until six years later, in Amazing Spider-Man #86, where Black Widow had her first appearance in the tight black costume and short red hair like we've seen in the movies, along with her skilled fighting style.

Marvel Cinematic Universe 1st Appearance: Iron Man 2 (May 10, 2010 - Directed by: Jon Favreau) - At the beginning of Iron Man 2, we see Tony Stark's machine, the one that keeps him alive, running low on power, which will cause him to die soon. In a panic, he places Pepper Potts in charge of Stark Industries and Natalie Rushman as his personal assistant. Little does Stark know that Rushman is actually Natasha/Black Widow.

After Stark goes on an all-night liquor bender, along with a fight with his best pal (who later becomes War Machine), Nick Fury calls Stark into headquarters and introduces him to Rushman, learning that she is actually the Black Widow. There is a great scene where Black Widow (Scarlett Johnasson) shows her fighting skills towards Happy Hogan and Stark, where she immediately joins the Avengers team.

Best Scene Thus Far: There are so many great scenes with Black Widow throughout all the films.That scene where she's tied to the chair, but escapes while fighting an army of bad guys is one of them, but that's not her best scene yet. Nor is the fight scene between her and Hawkeye, which of course is outstanding, but it's not at the top of the list. Her best scene thus far comes in The Avengers movie when Loki has been captured and imprisoned on the heli-carrier. Black Widow comes up to Loki to gauge some information from him, only to have Loki talk down to her.

We see Black Widow start to cry and become upset, which has Loki divulge his true evil plan, which involves the Hulk. Immediately, Black Widow straightens up as her crying and tears were all fake and a ploy to find out what Loki was up to. The ultimate trickster was indeed tricked in the best of ways, which showed just how powerful and amazing Black Widow is, given the fact that she doesn't have any real powers or a super-suit.

What To Expect from Infinity War: From what we've seen in the past couple of films as well as the upcoming trailers, it looks like Black Widow ends up in Wakanda, possibly on the run from the government and helping Bucky and Captain America fight terrorism. We'll probably see her get some new tech from Wakanda as well, which should be quite interesting. 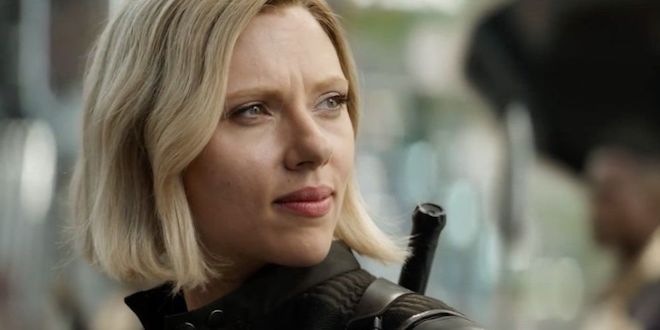 I also expect a good reunion with Hulk to perhaps further their romance. I don't see Black Widow dying here either as she is perhaps the most level-headed person of the group. I do think she'll have some amazing fight scenes, as well as talking down Hulk at the appropriate times.

Future MCU Appearances: It's been confirmed that Black Widow/ Scarlett Johansson will finally receive her long overdue solo film in the MCU. We don't yet know if it will be a prequel with her as Russian spy or take place somewhere in the MCU current timeframe. I do expect her to be a major character through the next few films though, especially with any Iron Man, Hulk, and Captain America-centric movies.

In Conclusion: Again, Natasha/Black Widow is the most level-headed person in the Avengers. She tends to solve problems with her own mind rather than fists or super-powers, which gives her a unique advantage over enemies and even her colleagues. Scarlett Johansson has played Black Widow perfectly in each film, showcasing her physical talent as well as her emotional cues to side with the big green Hulk. At the end of the day, I think Black Widow will outlast everyone in the Avengers.

Discs mentioned in this article: (Click for specs and reviews)
The Avengers (2012) (Blu-ray)
Iron Man 2 (Blu-ray)