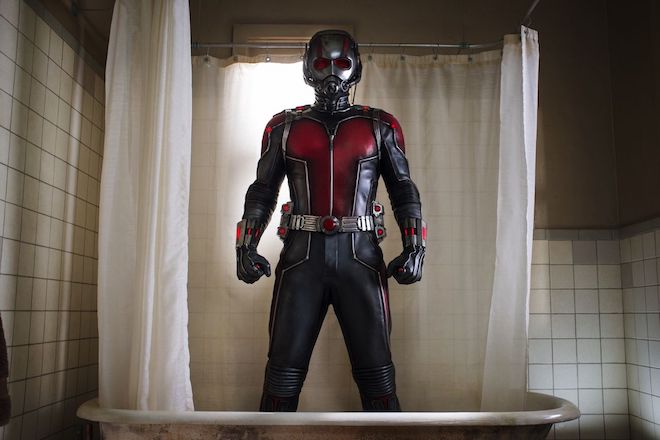 Comic Book Origins: In the comics, we didn't meet Scott Lang until much later in the series. However, in Ant-Man's first appearance, where he isn't a superhero at all or even called Ant-Man, Hank Pym is a biophysicist who is mocked by his peers for his thinking outside the box. In the lab, Pym successfully shrinks a chair down to doll size and then brings it back to normal human size with a serum he has created. He then decides to use the serum on himself to see if he can shrink himself, which of course he does. 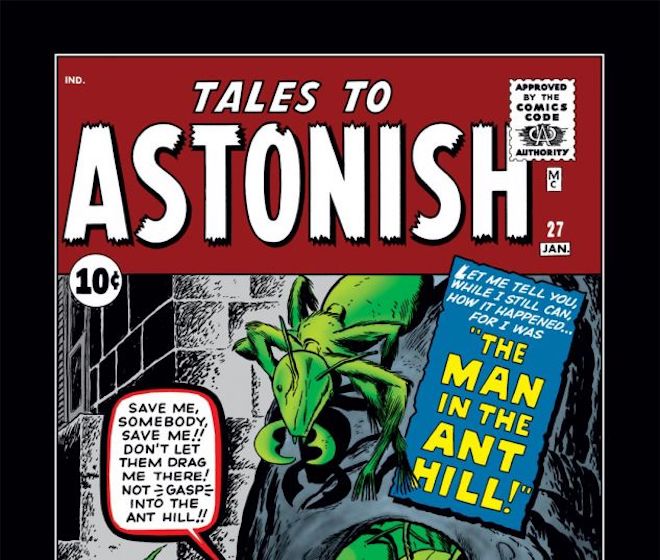 Pym is now ant-sized, but he forgot that he left the serum to turn him larger on the window, which would be impossible for him to get to in his current state. The small Pym ends up outside and walks into an ant-pile, where a ton of the ants start to attack him, with the exception of one ant who tries to help and save him. Pym starts a fire in the ant-hill and escapes with the friendly ant. After reverting back to normal size, Pym pours the serum down the drain in hopes that it will cause nobody harm. We all know that's not the case.

As far as Scott Lang (Paul Rudd), he didn't appear in the comic books until 1979 in Avengers #181, where he was just a technician at the Avenger's compound fixing something. It wasn't until later that year that we got Lang's backstory and first appearance as actual Ant-Man. This is where we find out he was a reformed non-violent burglar, who goes back to crime in order to pay for his daughter's heart surgery. In the comics, he is on Iron Man's side and not Captain America's side like we saw in Captain America: Civil War, as Lang worked at Stark Industries.

Marvel Cinematic Universe 1st Appearance: Ant-Man (July 17, 2015 - Directed by Peyton Reed) - Originally to be made by Edgar Wright and Joe Cornish (Baby Driver, Shaun of the Dead, Scott Pilgrim, Attack the Block), Marvel and Wright didn't see eye to eye and they got Peyton Reed instead to direct the film, which his only claim to fame was directing the cheerleading movie Bring It On.

I still don't get this decision, but we can all agree that Ant-Man was quite good, but far from the best in the MCU, despite Paul Rudd being amazing in the role. We see Lang in his criminal career end up in the Ant-Man suit, trying to be a better father while fighting the bad guys. It's a solid and very funny MCU film. We next see him in Civil War, aligning himself with Captain America.

Best Scene Thus Far: Every scene with Paul Rudd is the best scene in the world. However, when it comes to the MCU, perhaps his best scene is the big showdown in Captain America: Civil War at the airport. This scene was perfect, as it showcased Ant-Man with all of his suit powers, enabling him to penetrate Iron-Man's super suit from the inside, as well as turn into a giant Ant-Man, which will later be termed Giant-Man. Not only is the physical aspect cool, but Rudd as Lang is hilarious. It's very entertaining and was one of the biggest surprises in the film.

What To Expect from Infinity War: We really haven't seen any marketing material for Ant-Man in Avengers: Infinity War. He's not featured in the posters really, besides a costume hanging up with other superhero costumes, and he's not featured in the trailers, either. This is a Hawkeye situation here, but what is different with Ant-Man is that Ant-Man has his sequel movie coming out just a couple of months after Avengers: Infinity War. 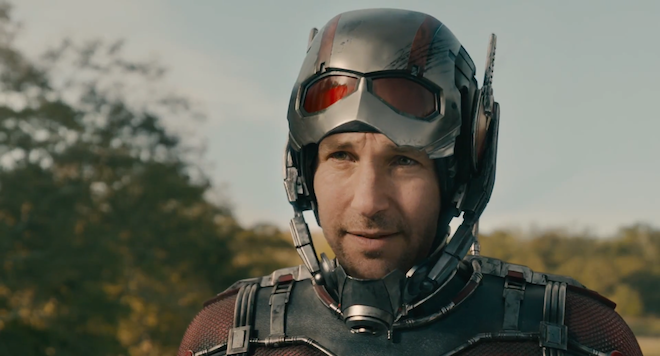 I do believe Ant-Man will be in Infinity War, but his part might be minuscule (zing!). It might even be a post-credit sequence where we see Ant-Man, in preparation for his next movie with the Wasp. If that's not the case, I'm sure we will see him both small and large for a quick scene in the battle against Thanos, before not seeing him again. Needless to say, he isn't going to perish this year.

Future MCU Appearances: There will be an Ant-Man sequel just a couple of months after Infinity War, so we will for sure see him there, as well as perhaps a much bigger role in the 2nd part of this Avengers film next year. With Ant-Man and the Wasp, along with Lang becoming Giant-Man as well, I expect to see a few more films centered on this character, as well as cameo appearances in the rest of the MCU. He's sticking around, for sure.

In Conclusion: Paul Rudd has brought a ton of life and humor into this role. Ant-Man is a great character that deserves to have more stories in the MCU with him saving the world and fighting the evil bad guys. So far, we haven't seen him very sure of himself with his super suit. Hopefully, in the future, we get to see him own his ability and not be afraid of it. I don't think Ant-Man will play a giant role in Avengers: Infinity War, but he'll for sure show up somehow and help out, if not to only showcase what's in store for his sequel film.