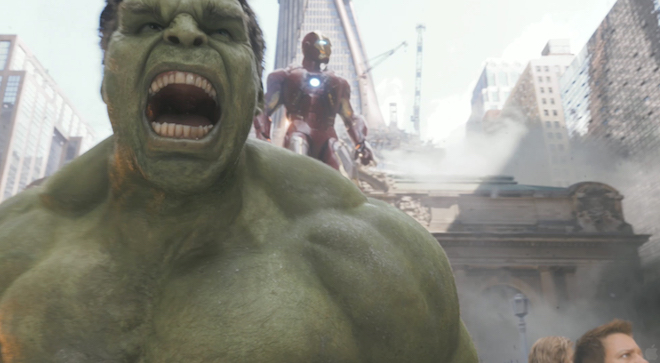 Comic Book Origins: Dr. Bruce Banner is leading a new experiment for the US Army with the Gamma Bomb. Dr. Banner is very cautious and wants to perfect it before testing it. General Ross is insistent that the bomb be ready immediately, while his daughter Betty tries to calm Dr. Banner down. Upon the first detonation, Dr. Banner notices a college student driving into the blast radius and he runs out to save the student. Upon pushing this student out of the way in time, Dr. Banner is consumed by the Gamma blast, where his scrawny fragile physique begins to change. 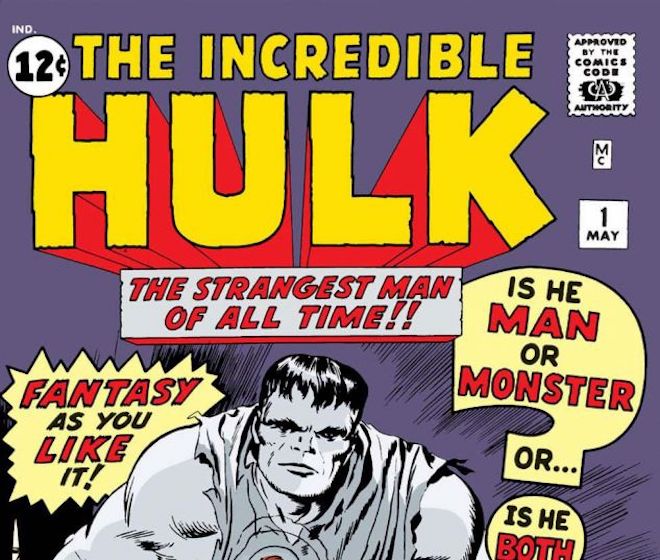 After this, General Ross and the US Army, along with some evil villains, make it their priority to capture Dr. Banner. Whenever Bruce gets angry, he turns into The Hulk which, in the first few comic issues, was gray in color (shortly after that he changed to completely green). Fun Fact: Stan Lee stated that Hulk was originally gray in color due to the inexpensive ink to print in that color, but when Marvel had more money, he was changed to the color green because there were no other superheroes who were that color.

Marvel Cinematic Universe 1st Appearance: The Incredible Hulk (June 13th, 2008 - Directed by Louis Leterrier) - It's tough to talk about Hulk's first appearance, since there have been a few movies featuring the Hulk with different actors. In 2003, we saw the film Hulk, which was directed by Ang Lee (Life of Pi, Brokeback Mountain) and starred Eric Bana as Bruce Banner, as well as Sam Elliott, Jennifer Connelly, and Nick Nolte. This was in no way affiliated with the current MCU and was met with mixed reactions.

Cut to 2008, the same year as Iron Man, The Incredible Hulk, starring Ed Norton and was directed by the guy who made the Transporter movies, Louis Leterrier. In this film, Dr. Banner and General Ross are working together on an experiment with Gamma Rays, similar to the super soldier serum from the Captain America films. Things go wrong and Dr. Banner is engulfed in the Gamma Rays. He is now on the run from the US military and the evil General Ross.

Through some fight scenes and character moments, Dr. Banner ends up in Columbia, where Tony Stark meets him and tells him he is putting a team together. Somewhere in the mix, Marvel didn't enjoy working with Ed Norton, which isn't a surprise due to the many complaints of what a pain in the ass he is, so Marvel fired Norton and hired Mark Ruffalo for the Bruce Banner/Hulk role in the rest of the films. Ruffalo brought a kinder and more sincere attitude to the character than Norton ever did and has performed a cavalcade of emotions throughout each MCU film where Hulk is featured.

Best Scene Thus Far: Whenever Hulk is on screen, everyone stops what they are doing and they pay attention because he is so much fun to watch. There are two big scenes that come to mind here, making this a Hulk-sized section. Both scenes happen to come from the first Avengers movie. One of them is the scene where Hulk comes face to face with Loki, where the evil Loki starts to yell at Hulk like he is some lost puppy dog, only for Hulk to smash Loki into oblivion. It was a super suspenseful scene that ended in a super funny bit where we finally got to see Hulk unleash his fury onto someone.

The other scene in question comes again in the Avengers film where Dr. Banner shows up to help Iron Man battle the giant alien coming in from the sky and he reveals to Stark his secret -- he's always angry. It's such a sentimental and perfectly executed moment that shows the underbelly and pain in Banner as he quickly transforms into the Hulk and begins his reign of terror on the villains. It's fantastic.

What To Expect from Infinity War:  In Thor: Ragnarok, Dr. Banner tells Thor that since he has been Hulk for so long, that if he changes back to Hulk again, he might never get back to being Dr. Banner and, of course, he transforms at the end of that film back to the Hulk. Going into Infinity War, that question is still in play, however, due to the trailer, we see Dr. Banner in human form at Dr. Strange's place -- then we see the Hulk charging the bad guys with the rest of the Avengers. 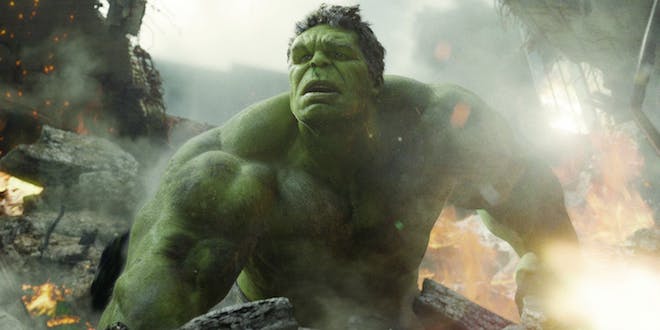 I'm willing to bet that some form of Stark and Wakandan technology, along with some magic from Dr. Strange, has allowed Dr. Banner to go back and forth easily from the Hulk. I do think Banner/Hulk will play bigger parts in the upcoming film than in the past as he will be key in defeating Thanos and his minions. In fact, there is a scene in the trailer for Infinity War that I think Stark puts Dr. Banner in the Hulk Buster suit only to have it overrun by the villains -- which is where Hulk will emerge and defeat everyone.

Future MCU Appearances: There is no plan for a stand-alone Hulk film in the future. The reason being is that Universal still holds the rights to Hulk and does not play well with others. They do not want to sell nor co-produce a Hulk stand-alone movie with Marvel. However, we will continue to see Hulk in other MCU movies, as Kevin Feige stated that starting with Thor: Ragnarok, Hulk is going to have a big trilogy story arc, the second part coming with Infinity War. I bet we will see a Planet Hulk storyline before too long.

In Conclusion: The Incredible Hulk is the big fan-favorite of the MCU for sure. Mark Ruffalo has brought that character to life in each film and I always look forward to seeing the big green machine on screen. I do believe we will be getting a big story arc with Dr. Banner with the next two films and I do believe he will play an integral part in Infinity War, as well as having some of the best scenes, too.