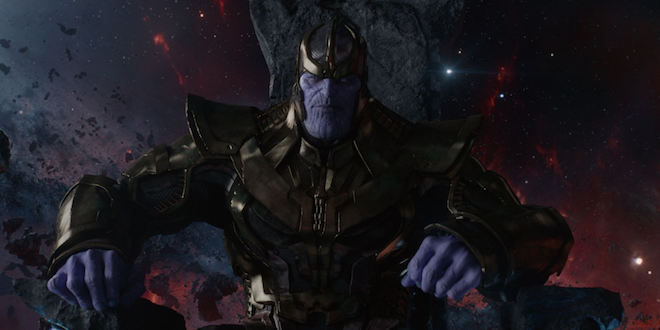 Comic Book Origins: Where to even start with Thanos? First, he appeared in an Iron Man issue where he fought Drax from Guardians of the Galaxy and Iron Man. In the issue, Thanos' head is busted open to reveal a robot, as Thanos was never really there in the first place, leaving him still out there. That's his first appearance in comic book form. That being said, how does this really relate to the MCU? I have some theories. 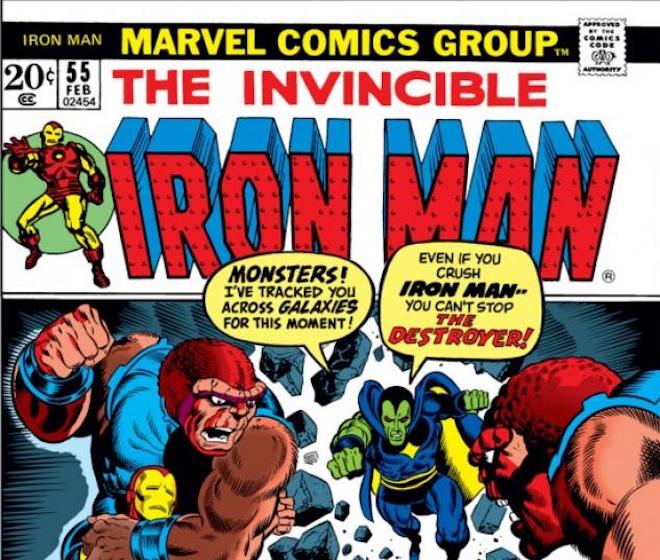 In the comics, Thanos grew up on Titan to parents who really didn't like him. As a young Thanos, he liked pets more than people, but later on in life he grew fascinated with death, and even fell in love with its physical form known as Mistress Death. At some point, Thanos became sort of an inter-planetary pirate, causing havoc and fathering many children, which didn't excite him at all. This is where he had to prove his love for Death -- where he gained all the Infinity Stones and wiped out half of all living things in the entire universe.

Yes, half of all living things are dead, due to Thanos having all the Infinity Stones, making him omnipotent. After this, Adam Warlock undos all of Thanos' evil and at some point Thanos and Adam team up to become guardians of the Infinity Stones and protect them from evil. Now, remember the post-credit scene in Guardians of the Galaxy 2? A new artificial being named Adam was created in hopes that he will destroy the Guardians. I'm willing to bet we will see him turn up somehow in Avengers: Infinity War or in the next Guardians film or in this storyline, if this is the same Adam we are talking about here.

Marvel Cinematic Universe 1st Appearance: The Avengers (May 4th, 2012 - Directed by Joss Whedon) - In the post-credit scene for first Avengers film, we see The Other, talking to his master on some remnant of a once distant planet. This master is indeed Thanos, which locked in the Avengers' ultimate enemy that they've been working towards since then.

Thanos tried to send Loki to Earth to take it over for him, but he failed. Since then, Thanos has been collecting all of the Infinity Stones for his gauntlet, but we have no idea why yet. We can only speculate. From then on, we've only seen a few seconds of him in some of the MCU movies, either in the post-credit sequences or small scenes during the films. I'm sure we will get something big in the form of an origin though with Infinity War.

Best Scene Thus Far: There are really only a couple of minutes of screen time of Thanos so far in the MCU, so it's difficult to pick out a favorite scene. If I'm pressured to though, it has to be from Avengers: Age of Ultron during the post-credit sequence where we see the Infinity Gauntlet arise -- completely empty of Infinity Stones. Thanos enters the picture, grabs the gauntlet and puts it on and says, "Fine, I'll do it myself", as he smiles into the camera. It's a great scene and foreshadows all of the horrors that he is to place upon the universe, delivered perfectly by actor Josh Brolin.

What To Expect from Infinity War: This is what the Avengers movies have been working up to, the battle with Thanos. As described above, Thanos has almost all of the Infinity Stones. The one he lacks is the Mind Stone, which is in Vision at the moment. I fully expect a big origin story with Thanos, showing him growing up, having his kids including Gamora and Nebula, and his descent into his love with death. Thus, stealing the Infinity Stones and basically wiping out half of all life in the universe. 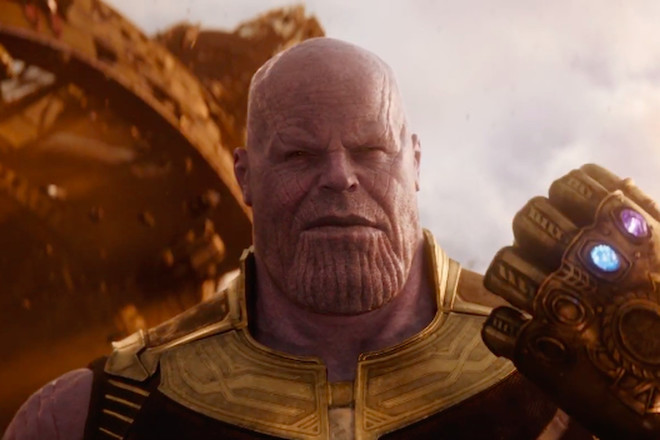 He will be too powerful to beat at certain points and perhaps some of our favorite superheroes will die, but according to the comics, Thanos never thought he should have this much power, or at least he wasn't worthy enough for it in his own mind, therefore he always left a failsafe for him to be beat. This might happen in the film or the second part of this film, which will debut next year. Do I think its possible for perhaps Thanos to turn good at some point in these Infinity War films? It's possible, however unlikely. I'd be more willing to bet we see Galactus show up and revive or even help Thanos in his conquest.

Future MCU Appearances: Unfortunately, I think we will only see Thanos in Infinity War and its sequel next year. I would love to see him in future films, because his story and time as a good guy and bad villain are equally super cool, but as far as the MCU is concerned - his main gimmick will be in these two films. He might win in part one, but it's very likely that he'll die in part two.

In Conclusion: Thanos is one of the most ruthless villains in Marvel comics and films. He is responsible for killing half of all life in the universe. This will be the Avengers greatest foe thus far and I think it will come at a dire price. Josh Brolin will, for sure, have an excellent time playing this villain, but I hope we see some redeeming value with this character during the course of the next two Avengers movies, because after all, the Avengers have been moving this way since 2012. Let's just hope the payoff is satisfying and grand.