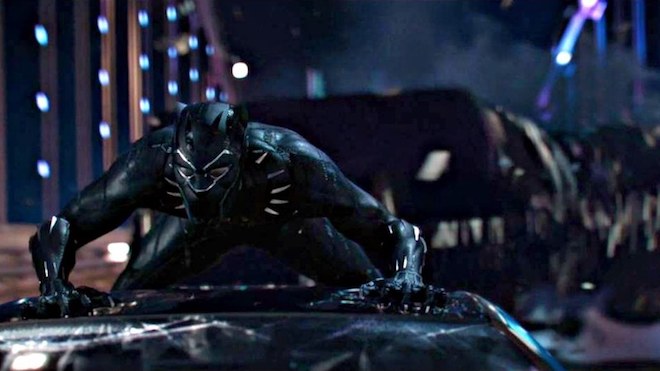 Comic Book Origins: The comic book origin of Black Panther is quite different from what we've seen in the MCU. This is most likely due to the rights being held by another studio other than Disney/Marvel for Fantastic Four. T'Challa's first appearance starts out with him sending the Fantastic Four an incredible gift, which is a highly technological aircraft from Wakanda. T'Challa sends this gift in hopes that the Fantastic Four will use it to come to Wakanda. The Fantastic Four accept and set out for Wakanda on the aircraft. 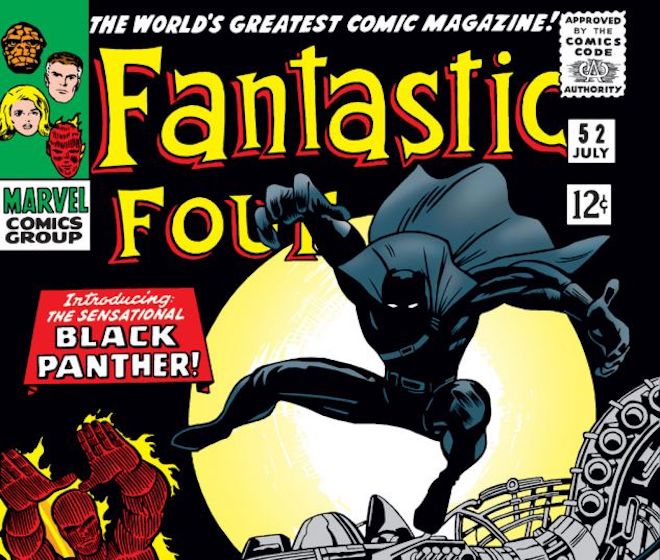 Once they arrive, the Fantastic Four are attacked by Wakandan guards, traps, and Black Panther himself. This immobilizes the Fantastic Four a bit, but when they band together, they indeed stop Black Panther, who then takes off his mask to reveal himself as T'Challa. He tells them he was testing their legendary abilities and powers, because he has a dire mission for them, in hopes they accept to defend Wakanda from a former enemy. That's quite different than what we've seen in the MCU so far. Maybe one day we will get a big flashback sequence with this storyline in it, but for now, we have:

Marvel Cinematic Universe 1st Appearance: Captain America: Civil War (May 6th, 2016 - Directed by Anthony and Joe Russo) - We got our first glimpse of T'Challa/Black Panther in Civil War where T'Challa's father T'Chaka is giving an important speech at the U.N. and is killed when someone sets off a bomb at the U.N. T'Challa believes that Bucky Barnes is to blame for the bombing and vows to kill him, not knowing that Barnes had been brainwashed. Black Panther later joins Iron Man's side in Civil War in order to kill Barnes and Captain America, but he soon finds out that they were not responsible for T'Chaka's death. After everything, T'Challa agrees to take Barnes to Wakanda to heal him and protect Cap and Bucky from the authorities. From there, we get the amazing Black Panther film.

Best Scene Thus Far: There are really only two movies to draw upon for Black Panther, but there are so many great scenes in them. Perhaps the best one yet is from the Black Panther film where T'Challa, Nakia, and Okoye are undercover at a high-limit poker tournament in the vein of 007 Casino Royale.

The scene, shot by Ryan Coogler has zero cuts in it, but rather one long continuous shot that spans two levels. When they are made by one of Klaue's henchmen, Okoye takes off her wig and throws it at her enemy and then stabs him with a spear. Nakia then takes off her high-heels and slices through some other enemies, while T'Challa fights with his fists and feet. It's a well-organized fight scene that shows each character's strengths in the matter of a couple of minutes.

What To Expect from Infinity War: From what we've seen in previous films and in the trailers, it's no doubt that Black Panther and Wakanda will, most likely, be the focus of Avengers: Infinity War. We know Black Panther and Shuri are making sure Captain America and Bucky Barnes are safe and healed up in Wakanda. We know one of the big battles in the film will take place in Wakanda as well, which I imagine T'Challa and Shuri will make sure everyone will have the best weapons and protection. 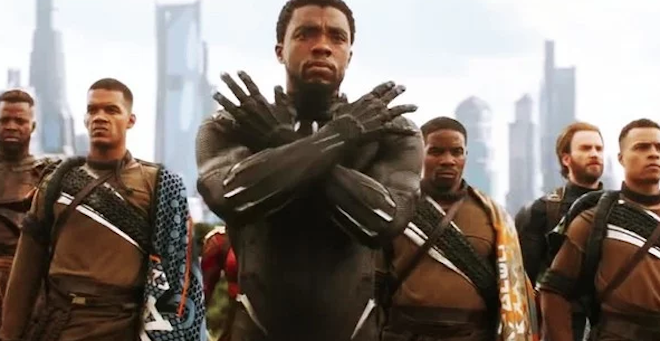 Speaking of which, I'd imagine Captain America's new shield will be made in Wakanda and Iron Man will gain new technology there, too. I expect T'Challah to call upon all of the animals and tribes in Wakanda to fight Thanos and his minions, while hiding the last of the Infinity Stones. Black Panther will truly stand out in this film and he's going nowhere anytime soon.

Future MCU Appearances: The Black Panther film is still making money at over $1.3 billion dollars. Needless to say, Black Panther and Wakanda will have more stand-alone films, along with their involvement in future Avenger movies. Let's just hope Fantastic Four will be allowed to be a part of the MCU.

With T'Challa holding the press conference, announcing Wakanda and their abilities to the world, I expect storylines in where they help other countries that need them, along with a possible Shuri transformation into the new Iron Man character at some point, which would follow some of the recent Iron Man storylines in comic book form.

In Conclusion: T'Challa/Black Panther and Wakanda has the deepest and perhaps the most layered story and origins out of anyone In the Avengers. There is so much to be explored that the past films have only touched upon the surface of content that is available. T'Challa is a natural leader and will be the focus of many more MCU movies to come. He and his sister will be integral parts of Avengers: Infinity War and will be key in the defeat of Thanos as well as protecting the rest of the world.