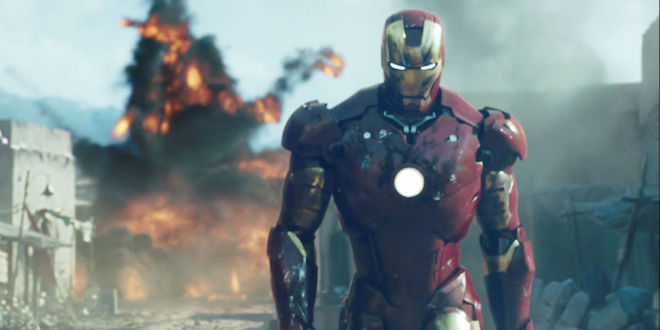 Comic Book Origins: In Tales of Suspense #39, we meet Tony Stark, the wealthy, playboy inventor who is showing a group of military officials his new invention, which is some sort of mechanism that powers up certain objects.  Meanwhile, across the globe in Vietnam is the evil Wong-Chu who is taking over villages and killing innocent people. Stark arrives in Vietnam to demo his new invention, where he accidentally sets off a landmine and injures himself. 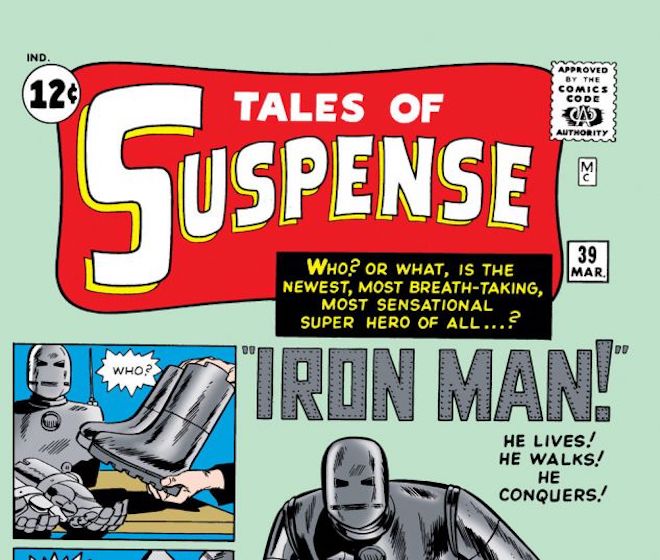 Wong-Chu takes Stark prisoner, knowing how famous he is over in the states and falsely tells him that he will heal his body if he does hard labor to build a weapon for him. Stark sees through Chu's statements, but works for him anyway. However, instead of building a weapon, Stark builds the first Iron Man suit, which is a giant bulky iron suit that is gray in color. Stark heads out and destroys Chu's henchmen, then lights an oil leak on fire and kills Chu. The new Iron Man then walks through the jungle in the end. After this issue, the giant Iron Man suit becomes gold in color, but then after that, we get the more familiar the red and gold suit that we all know now.

Marvel Cinematic Universe 1st Appearance: Iron Man (May 2nd, 2008 - Directed by Jon Favreau) - Much like his comic book origin, Favreau and Kevin Feige used some key elements from his first appearance in comics. Instead of Vietnam, we are in war-torn Afghanistan where we have the billionaire Tony Stark (Robert Downey Jr.) showcasing his latest invention, which is a giant bomb that can eliminate several square miles of land and enemies.

Things go well, but Stark and his entourage are attacked in their vehicle with gunfire and explosions and Stark ends up a prisoner by a guy named Raza. Instead of building a big weapon for Raza, Stark builds the big Iron Man suit and saves the day. The rest is history.

Best Scene Thus Far: There are so many scenes to choose from, because Robert Downey Jr. just embodies the whole Tony Stark/Iron Man character so well, but despite the many funny scenes he is in throughout most of the films, it's in his first film where his best scene to date comes into play. It's when Stark finally dons the full red and gold suit for the first time, where he goes back to Gulmira to defeat the terrorists that have stolen his weapons.

Here we see him first use all of his very cool rockets and technological advances in his suit to defeat a threat. It doesn't seem staged or overly-choreographed. It's raw, gritty, and with heart. Even Stark is scared to get out and fight the bad guys at first. It's one of the only times he isn't too cocky. This is also where he realizes his new lot in life. It's the perfect scene.

What To Expect from Infinity War: The last time we saw Stark/Iron Man, things weren't going so well for him or the other heroes, which was in Captain America: Civil War. Sure, we saw him for a few minutes in Spider-Man: Homecoming, helping out a young kid, but now Stark and the rest of the Avengers are about to face their greatest adversary - Thanos. From the trailers we've seen and the rumors of Robert Downey Jr.'s contracts being up for future films in the MCU, it might be one of the last times we see Iron Man with Robert Downey Jr. at the helm.

In Avengers: Infinity War, I expect Iron Man to gather the team back together to fight Thanos, while traveling to Wakanda so he and the Wakandans can work together to defeat the bad guys. Even though we might see Robert Downey Jr. in the unnamed second part of this film, I think it's safe to say he loses a lot in this one. I think he might give the keys to the kingdom to Black Panther's sister Shuri, so she could take over the Iron Man legacy as well. I also think that he might be donning out some custom made Iron suits to other Avengers throughout the film, too, such as the Hulk-Buster suit, which I believe Bruce Banner will be in. Needless to say, I think Iron Man will give the ultimate sacrifice in this film.

Future MCU Appearances: We know that Robert Downey Jr. will be in the 4th Avengers film right now, be we don't know to what capacity. Of course Iron Man will be a part of the Avengers for future films, but I imagine that Shuri from Black Panther will take over in the role, unless Marvel/Disney finds a way to pay Robert Downey Jr. more money. One thing is for sure, Downey Jr.'s stamp will always be a part of the MCU.

In conclusion: At first, Stan Lee wanted to create a character/superhero that wasn't the norm. In fact, this is the epitome of an anti-hero. He's super wealthy, cocky, arrogant, and provides weapons to people. That's not exactly the work of a superhero. But in a perfect way, Tony Stark's heart was broken in both physical and emotional ways. This turned his life around to be the best person he could be by saving people from evil threats at all costs, by always putting others first. And what better person to play this character than Robert Downey Jr. This man is, in fact, a real-life superhero. With his rough and rowdy past, Downey Jr. pulled himself together and became the best person possible and made the best version of himself, while helping others.