Comic Book Origins: Almost identical to the many films we've seen involving Spider-Man, his comic book origins are basically what you've seen on screen, despite some slight differences. Peter Parker is a young high-school student who loves science and prefers his teachers rather than his classmates. On a field trip to General Techtronics Laboratories, Peter is watching a demonstration of radioactivity. A spider drops down through a radioactive beam and bites Peter. The spider immediately dies. Peter quickly feels sick and leaves the demonstration. Dizzy, he wanders into oncoming traffic, but jumps out of the way of an incoming car at the last second. 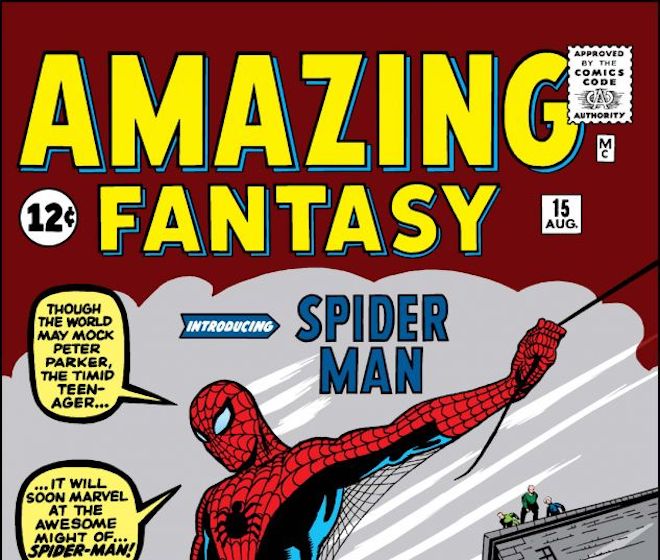 Peter's alive, but he realizes he has jumped much further than anticipated. He then learns his new acquired abilities, such as super strength, climbing walls, speed, and Spidey-Sense. Parker then sees an ad for a wrestling event, promoting anyone to get in the ring to face off the big bad wrestler. Parker runs home and puts on his hoodie and mask and easily defeats the wrestler, which is when a TV producer notices him and signs him up to be a big star. Backstage one night, Peter allows a thief to get away with stolen goods, only to find out later that same thief has robbed and killed his Uncle Ben -- which is where Parker/Spider-Man first learns that with great powers comes great responsibility.

Marvel Cinematic Universe 1st Appearance: Captain America: Civil War (May 6th, 2016 - Directed by Anthony and Joe Russo) - There have been five Spider-Man films total, before the iconic character was introduced into the actual Marvel Cinematic Universe, with a total of three different actors portraying the web-slinger. Luckily, Sony decided to join the big team and allowed Spidey to unite with the Avengers. Since we've seen the Spider-Man origin so many times, we first see Peter Parker already fighting crime in his suit that he made.

In Civil War, Tony Stark finds this high-school kid named Peter Parker and gives him a Stark-approved Spidey Suit and asks him to help out in Civil War against the other Avengers. The actor Tom Holland is by far the best performance thus far for the character, as he perfectly handles the action and teen angst and humor that Parker should emote. So, in the MCU, we first see Spider-Man in big action alongside everyone else, which is quite the entertaining spectacle.

Best Scene Thus Far: There are so many delightful and funny scenes with this MCU version of Spider-Man, but perhaps the best one comes at the beginning of Spider-Man: Homecoming, which just tells you everything about the character you need to know.

Right after the opening title of the film, we see another title card that reads "A Film by Peter Parker", which then shows cellphone footage taken by Parker as he traveled to fight in Civil War with his commentary over all of it. It's super funny, childlike, and shows his capabilities. It's a great scene that showcases all the aspects and intricacies of his character.

What To Expect from Infinity War: As of right now, Marvel has planned a sequel to Spider-Man: Homecoming, which is set to release in July of 2019. I think it's safe to say that Spider-Man will be around to web-sling again. That being said, in the Avengers: Infinity War trailer, we see a very sad Iron Man holding Spider-Man's bloodied. Is he dead? Unconscious? Just badly beaten? Who knows what will happen, but I do imagine that Spider-Man will give it his all to save the day. Perhaps Wakanda or Stark will heal Parker after because there will be more films to come with him. 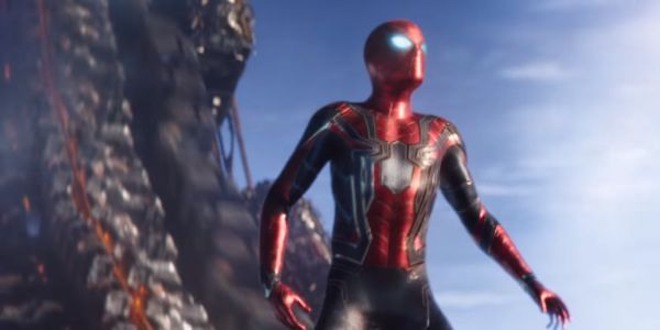 Future MCU Appearances: Again, there are more films on their way featuring Spider-Man. I think the next standalone film will feature Parker fighting against either Shocker or Scorpion/Venom, because they are referenced to in the post-credit sequence of Spider-Man: Homecoming. If this is the case, Spider-Man has his work cut out for him. As far as other Avenger movies go, I would say Parker wouldn't be a leader of any sorts, but will have some of the most entertaining scenes out of anyone for sure. That, and I believe his relationship with Stark will grow even more into a father/son type.

In Conclusion: We've seen quite a few Spider-Man films since the early 2000s with multiple actors. Some of them were good and some of them were downright awful. (Looking at you, part III). Fortunately, now we have Spidey where he belongs -- in the Marvel Cinematic Universe, fighting alongside the Avengers. He is the youngest of the Avengers, but he can hold his own when he needs to. I have a feeling that Parker/Spidey will be down and out when he faces Thanos in Avengers: Infinity War, but that doesn't mean he will be gone for good. I expect to see a lot more of Holland in the Spidey suit in the coming years.```