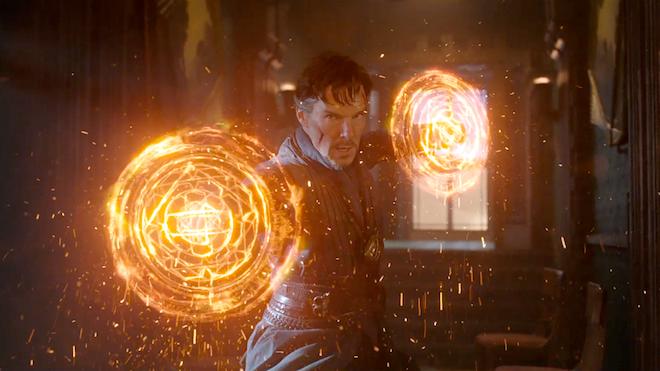 Comic Book Origins: The comic book and Marvel Cinematic Universe origins for Doctor Strange are quite similar with some minor differences here and there. Dr. Stephen Strange M.D. is a successful surgeon, however, he is arrogant, egotistical and cares nothing for his patients or the furthering of any medical advancement. He is one of the world's biggest jerks, as despite him being a great surgeon he's only in it for the money. One day, the Doctor is in a car crash that damages his skilled hands, and will never be able to perform surgery again. He hears of this far-off place that is able to heal people in India, and of course, he journeys there. 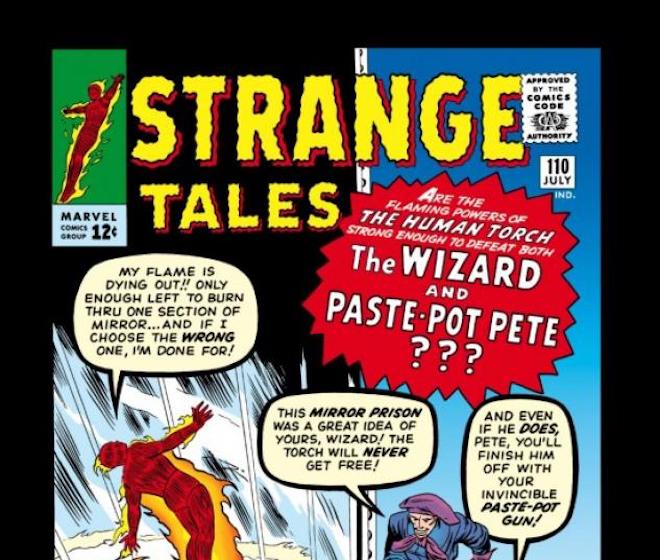 Once there, the Ancient One refuses to heal and teach him the magic ways, due to Strange's arrogance and ego. However, a former student Baron Mordo comes into the equation and tries to destroy the Ancient One, where Strange finally changes his ways and puts others before himself to save the day. The Ancient One is impressed and decides to teach Strange. All this being said, none of it was ever mentioned in his first appearance in Strange Tales #110. Instead, it took five months for Doctor Strange's origin tale to make it to comic book form in Strange Tales #115. So, in issue #110, Dr. Strange is already the amazing sorcerer who is skilled in martial arts and magic, when a patient of his arrives complaining of nightmares.

Dr. Strange telepathically visits his mentor and asks for help. Once this occurs, Strange has a plan and meets with his patient and enters his dreams and sees some nasty enemies in there. Once Strange figures this out, things come to a head in real life and the patient confesses to his crimes as Strange saves his life. It's an interesting way to debut a character for sure, considering this issue #110 was a co-story with Fantastic Four's Human Torch.

Marvel Cinematic Universe 1st Appearance: Doctor Strange (November 4, 2016 - Directed by Scott Derrickson) - We first see Doctor Strange in his own film, where he is the biggest jerk of a doctor we've ever met. After the car crash, he travels across the ocean to heal and become the magical sorcerer we know him as today, while changing his former wicked attitude. In some of the more impressive fight scenes, we see the now good Doctor take charge and save not only the planet, but the universe here with his magical powers with the help of his friend Wong. We then see him in a brilliant cameo scene in Thor: Ragnarok where it seems he is in full control of his magical powers and able to stump even the strongest Avengers.

Best Scene Thus Far: With fantastic scenes in his own film, such as first contact with his cloak of levitation, the big city reversal fight scene, and even his amazing inter-dimensional fight with Lucian, none of these compare to his cameo scene in Thor: Ragnarok. That makes it his best scene thus far, which is where we see Thor and Loki trying to find their father, Odin. Thor brings Loki to Earth, and this is where Dr. Strange intervenes. He brings Thor to the Sanctum Sanctorum and just completely owns Thor with his mystical powers to a highly funny degree.

We also see just how easy it is for Dr. Strange to use his powers, whether it be teleporting, giving Thor a giant mug of beer and refilling it, or transporting other people. This scene shows how far Dr. Strange is willing to go in order to keep Earth and its people safe. The scene comes to a close where he forgets to bring Loki in, who has been in free-fall limbo for 30 minutes.

What To Expect from Infinity War: In the trailers for Infinity War, we see Doctor Strange fighting on Titan, which is Thanos' home planet. Other than that, we really don't see a lot of him in the trailer. That being said, I do believe Doctor Strange will be one of the biggest allies to the Avengers, given his insane amount of powers and mystic abilities.

I'm still not sure we will see him on Wakanda during the big battle, but once on Titan, I bet we will see Strange try to find something from Thanos' past in order to defeat him, or at least make it more difficult for Thanos to do his job. I doubt we will see Doctor Strange biting the big bullet too as there is much more to come from him.

Future MCU Appearances: Right now, there are no plans for a Doctor Strange sequel. The first film made almost $700 million, which is enough to warrant at least two sequels. Perhaps there just wasn't enough time or room for one to be announced yet, but that will all change. I expect for Doctor Strange to be around quite a bit in these next Avengers films, and perhaps show up in Guardians of the Galaxy 3 in 2020 and even perhaps Captain Marvel. Needless to say, he isn't going anywhere and I hope he'll be getting a sequel soon.

In Conclusion: Doctor Strange is one of the more powerful Avengers due to his unique and amazing mystic powers to control a variety of people and objects. He will be vital to the destruction of Thanos, but from a different point of view than the other Avengers. Benedict Cumberbatch just owns this role too, as he plays him with wit, charm, class, and a bit of ego. It's highly entertaining and I have no doubt Doctor Strange will come through on all levels in Avengers: Infinity War for himself, The Ancient One, and his teammates.