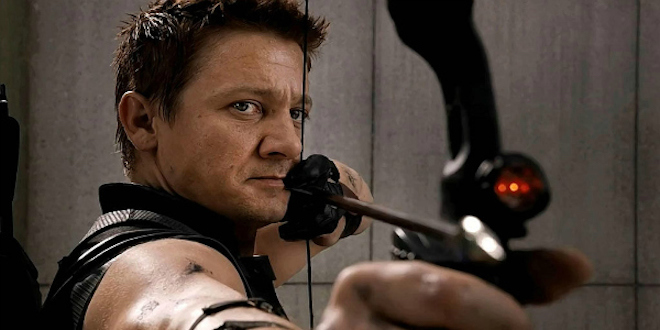 Comic Book Origins: Once again, we have a completely different origin and first appearance than what we've seen in the Marvel Cinematic Universe. In the comics, Happy Hogan wants to date Pepper Pots, but somehow Tony Stark ends up taking her out to Coney Island where a skilled marksman/archer is performing. Suddenly, a rollercoaster becomes super unstable mid-ride, putting all the passengers in danger. Stark steps away and dons the Iron Man suit and saves the day, having people cheer him on and not the archer/marksman. 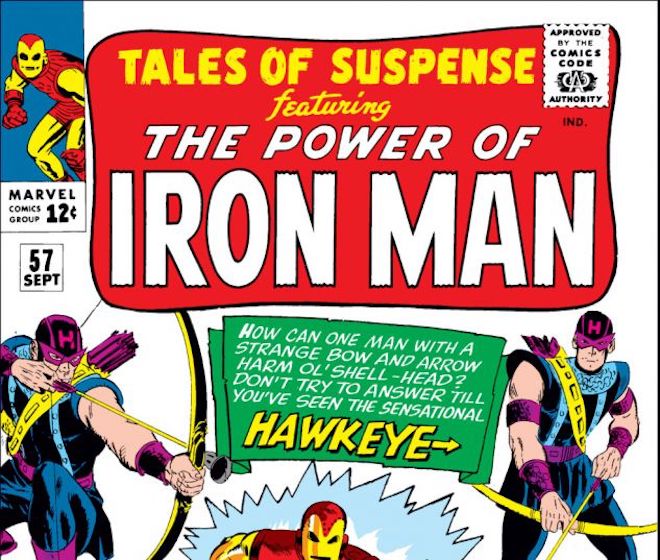 This marksman then goes home, creates some powerful arrows and a costume and dubs himself Hawkeye. Yes, that's his origin in the comic books. Soon, Hawkeye tries to stop some criminals on the street and crosses paths with Black Widow, where they both end up fighting Iron Man. Of course, Hawkeye loses, but escapes, meaning that Hawkeye was originally a foe. It wasn't until several months later in Avengers #16 where he became a member of the Avengers team.

Marvel Cinematic Universe 1st Appearance: Thor (May 6, 2011 - Directed by Kenneth Branagh) - If we are getting technical here, Hawkeye's first appearance in the MCU was in the first Thor film. He is uncredited and is not called Hawkeye in the film. That being said, it's clearly Jeremy Renner who doesn't grab a big gun, but rather a sophisticated bow and arrow to stop Thor from escaping the government prison. It's all we really see of him there. It's not until Avengers where we see Hawkeye speak and actually use his many talents and super-arrows to take out enemies.

Best Scene Thus Far: The best scene with Hawkeye is perhaps the best scene in all of the Marvel Cinematic Universe. It was Joss Whedon's way of having fun with the material in Avengers 2: Age of Ultron. It's the perfect motto and scene to describe all of the Marvel films to date. In the scene, Hawkeye is fighting the villains along with Scarlet Witch, where the two get a breather in a quiet house away from danger for a single minute.

This is where Hawkeye lets her and every fan know what he thinks of the movies. He says, "The city is flying, we're fighting an army of robots, and I have a bow and arrow. None of this makes sense." It was breaking the fourth wall down before there was Deadpool and it worked on so many levels and gave us a reason to love and follow Hawkeye. He is smarter and funnier than he lets on.

What To Expect from Infinity War: The very big question that everyone has been asking about Avengers: Infinity War is not spoilers or about the biggest superheroes in the story. No, it's about Hawkeye. A lot of people seem to think that Hawkeye is going to come to a quick end at some point during the film, since he is the most expendable. Interestingly enough, Hawkeye has been left out of virtually all of the promotional material for the film so far. He's not seen in any of the posters, artwork, or even any of the trailers for the film. 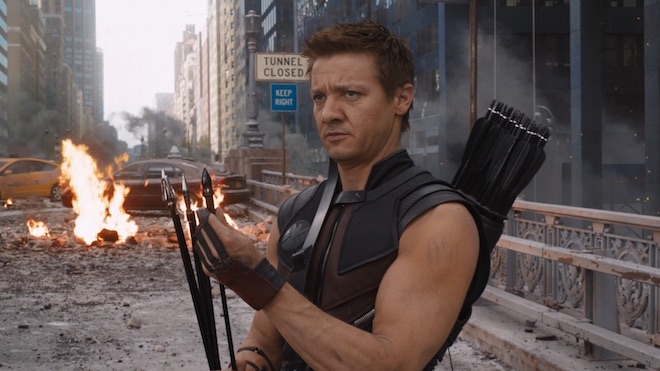 Yes, that is correct. Hawkeye is not featured in anything pertaining to Avengers: Infinity War, which has a ton of fans questioning his whereabouts or even if he'll be showing up on screen. Very recently, the filmmakers have said that Hawkeye will be a part of the film, but they haven't divulged to what degree. What they have hinted at is that Hawkeye's story is the long con and not the short con, meaning he will have some vital role to play. My guess is that he will not be dead or killed off at all, but rather save the day at the last minute with an arrow -- bet the farm on that one.

Future MCU Appearances: As of right now, Hawkeye does not have any stand-alone movies in the works as the studio and fans think he is a lower-tier hero in this whole universe. That being said, given what happens with Hawkeye in the next two Avengers films and how well the audience reacts to him will most likely determine if he gets a stand-alone film or not. One thing is for sure, though. If we are to get a Black Widow standalone film, I'm willing to bet we see Hawkeye in there somewhere.

In Conclusion: Even though Hawkeye is one of the original Avengers, being around since the first Thor film, he is the least popular and therefore the most expendable one as it looks right now. However, it says something big that Hawkeye is not on any of the promotional artwork, posters or trailers, meaning he's going to play some kind of vital role. Think Superman in the Justice League movie. Remember, Kal-El wasn't featured in any of the trailers or posters for that movie, either, but he served an important role in the film. I think Hawkeye, the underdog of the Avengers, will truly save the day somehow.