I’m currently in a war with my house, and the house is winning. My beautiful home theater is in ruins. All the work I’ve put into this project has been set back untold weeks and considerable sums of money. Being a homeowner is an exercise in frustration, and honestly, it’s hard to see any light at the end of this tunnel right now.

Do you remember those lovely pictures I posted of how far the home theater had progressed? Well, I’ve had nothing but catastrophe after catastrophe since then.

My theater room was several thousand dollars over budget and a few weeks behind schedule, but it was about 90% complete. Construction was done. I’d painted, put up the screen and mounted the projector. The speakers were all wired up. All I needed to do was install some acoustic treatments, order new furniture, and decorate a little.

Then I felt a puddle on the carpet in the middle of the floor – the carpet I’d put in just one week earlier.

Yes, I have a leak. Another leak. Some of you may recall that I suffered a broken kitchen line back at the beginning of this project. At the time, we fixed the broken section of pipe and everything seemed stabilized. Relieved to have caught the problem early, I moved forward with construction. I built a wall in front of that pipe and put wall-to-wall carpeting on the floor.

What a fool I was. We should have pulled the entire pipe and replaced everything from one end of the room to the other. But that would have been expensive, and would have set me further behind schedule. The odds of the leak recurring seemed unlikely. So I took a gamble… and lost.

Yes, the pipe sprung another leak. I discovered water soaking up through my new carpet not one hour after my contractor did his final walkthrough. Some day in the distant future, I may look back and find it comical how cruelly the house has taunted me, but right now I’m not amused.

An insurance adjuster came out and reported the carpet a total loss. Because the water is coming from a sewer line, there’s no saving the carpet from the nasty microbes that have backed up onto it. The brand new carpet has to go. At least, the entire back half of the room does. Right now, I’m doing what I can to save the carpet in the front half, but that may ultimately be a futile effort. 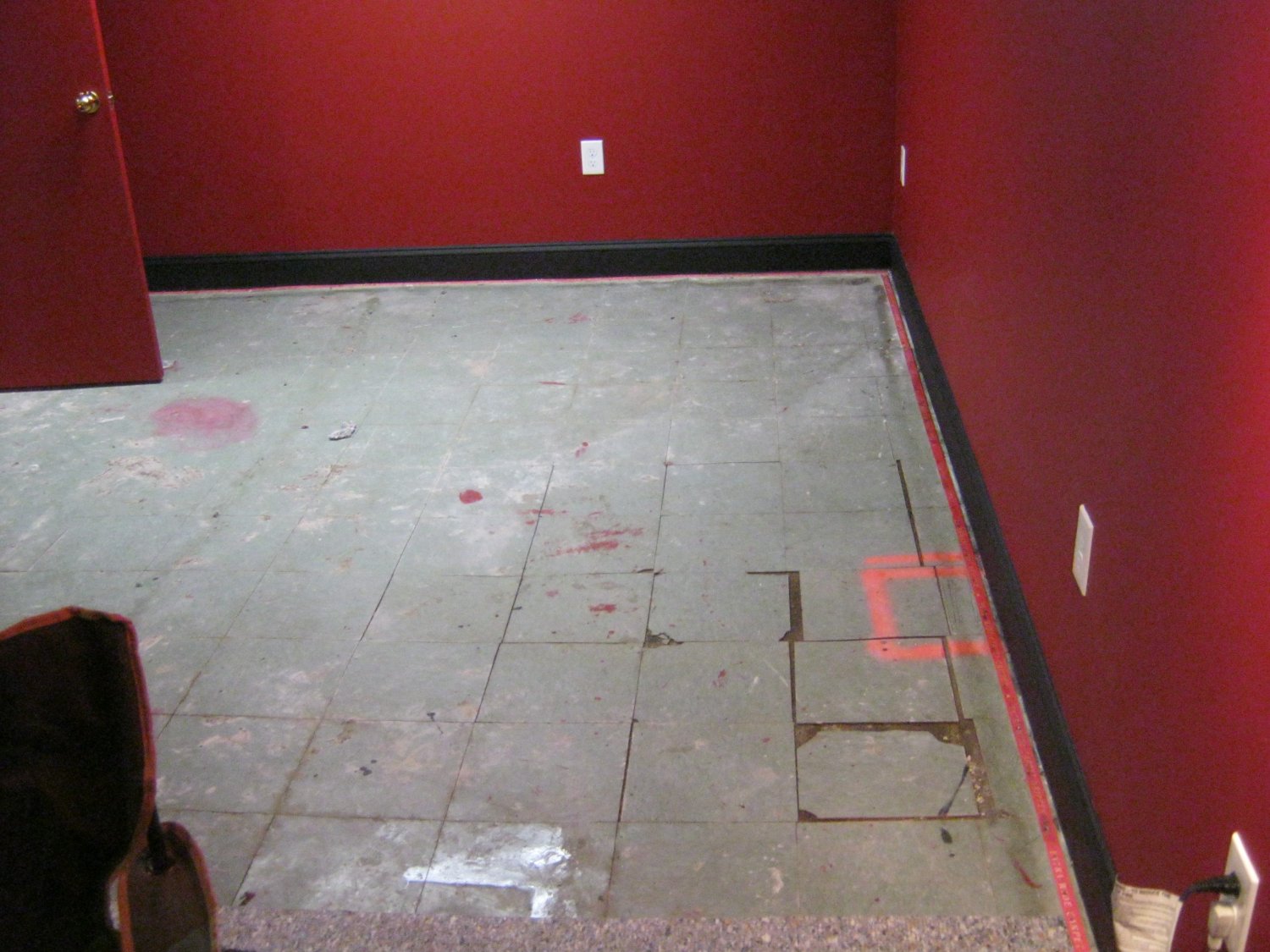 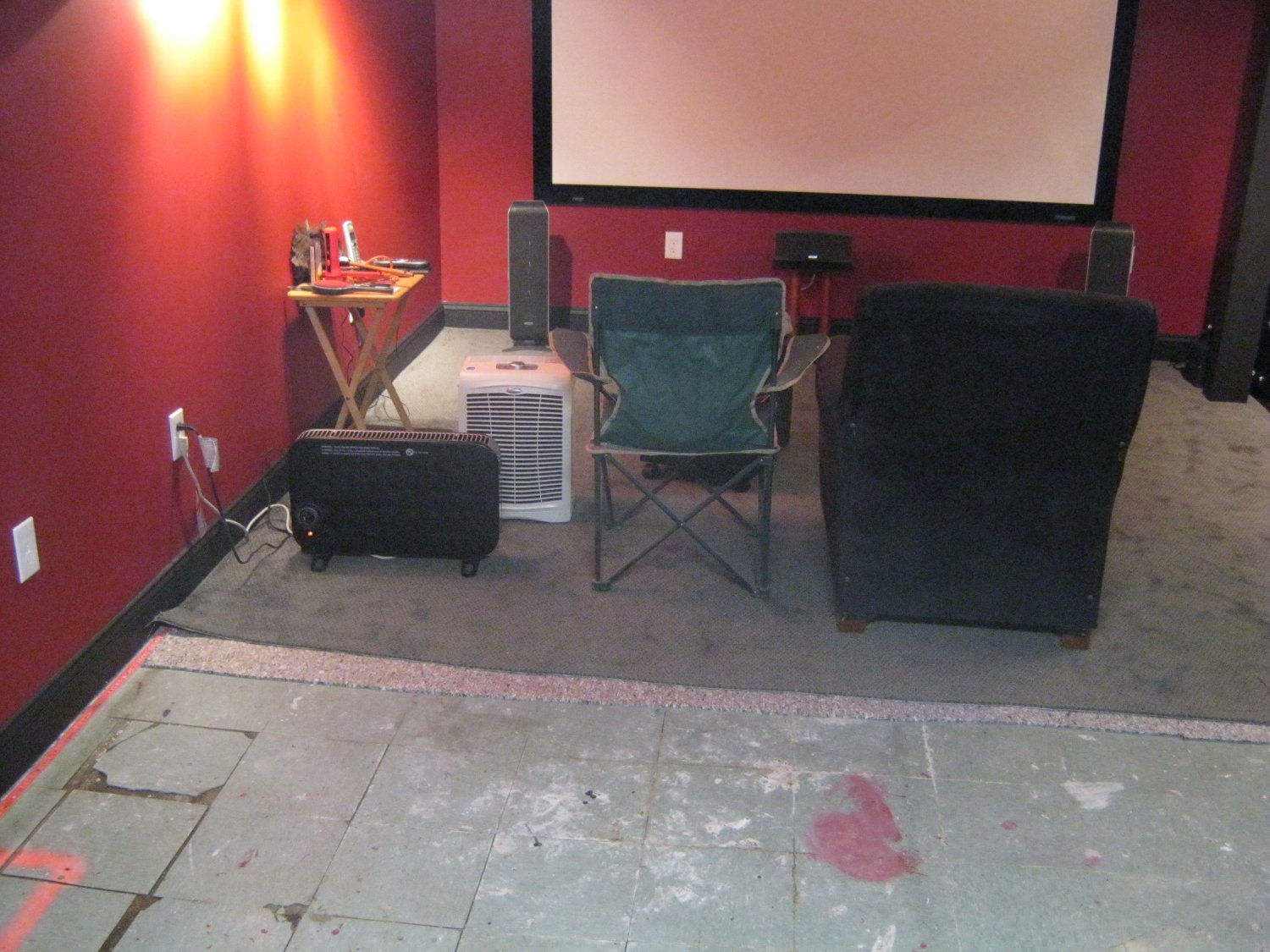 This is depressing, but the insurance should cover replacing the carpet. With that removed, my plumber should have easy access to dig up the floor and fix the pipe again. Shouldn’t he?

No, you see, the leak isn’t in the floor at all. It’s behind the wall – the brand new double-drywall soundproofed wall that I’d just built. The pipe has cracked further up the line, above the section we’d previously repaired. Of course it has.

So, now my plumber cuts a big section out of that wall to remove and replace the broken pipe. 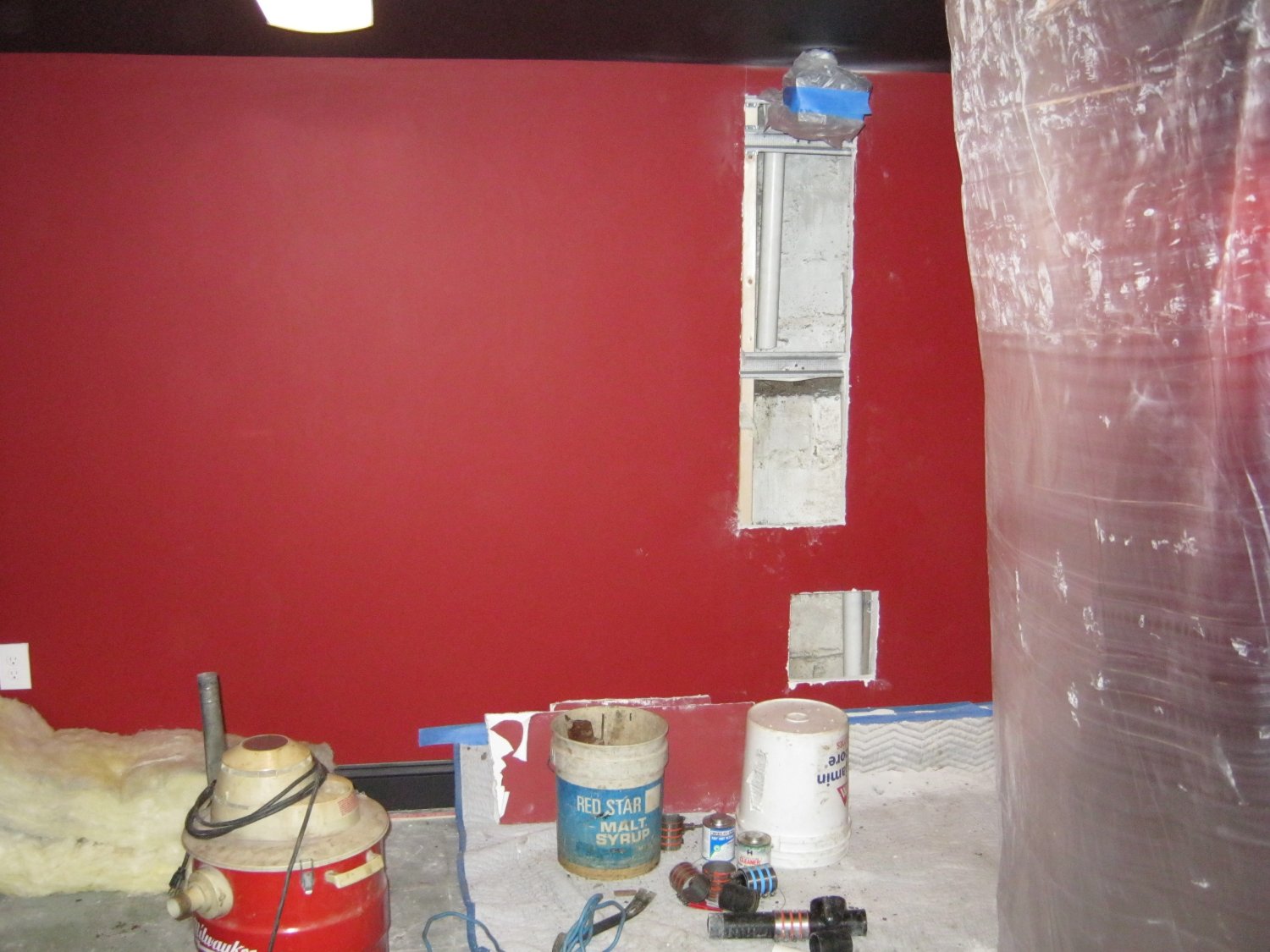 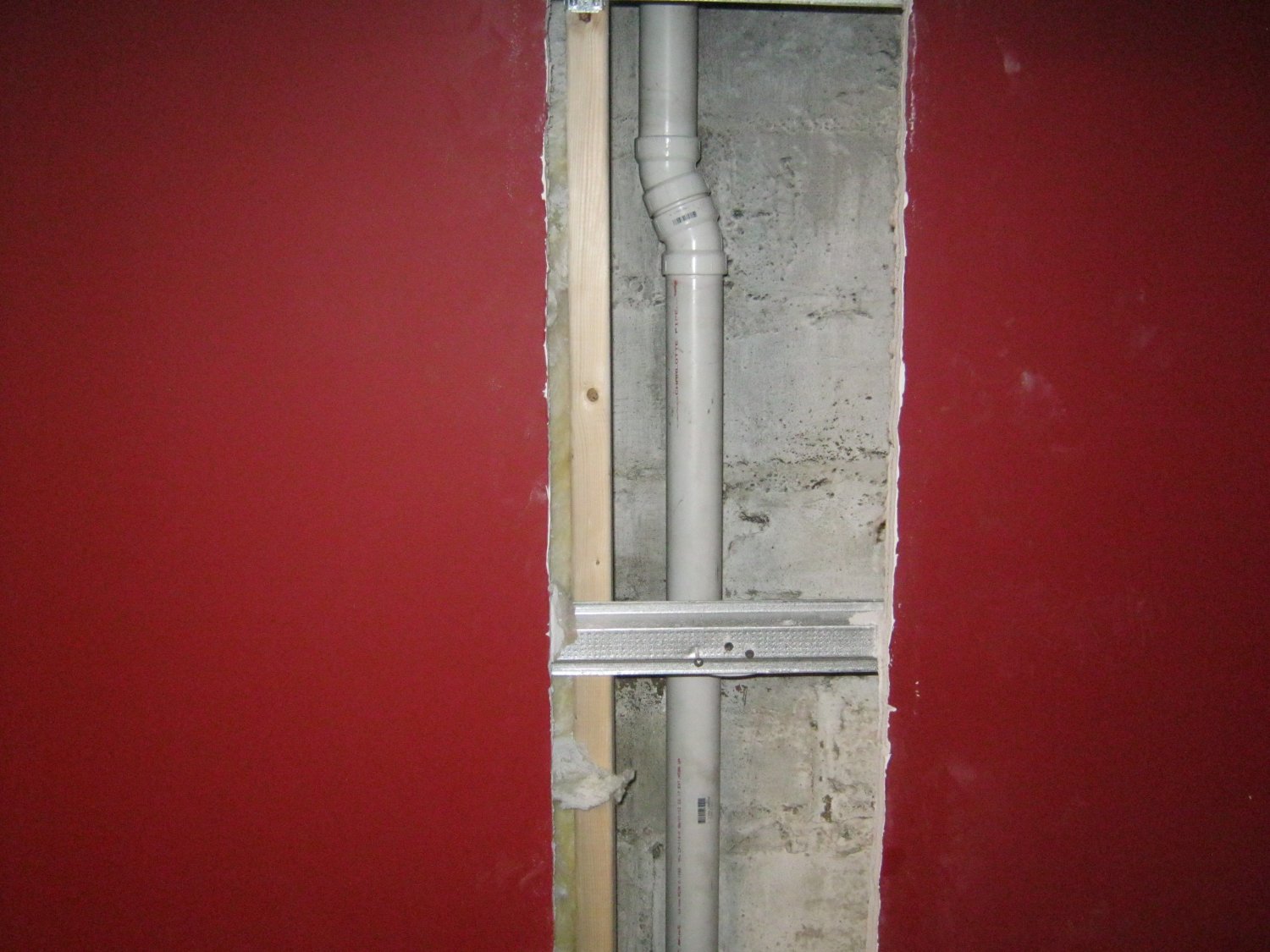 He put new pipe in the wall to stop the leak, but that doesn’t mean that I can begin the process of patching the wall back up again yet. 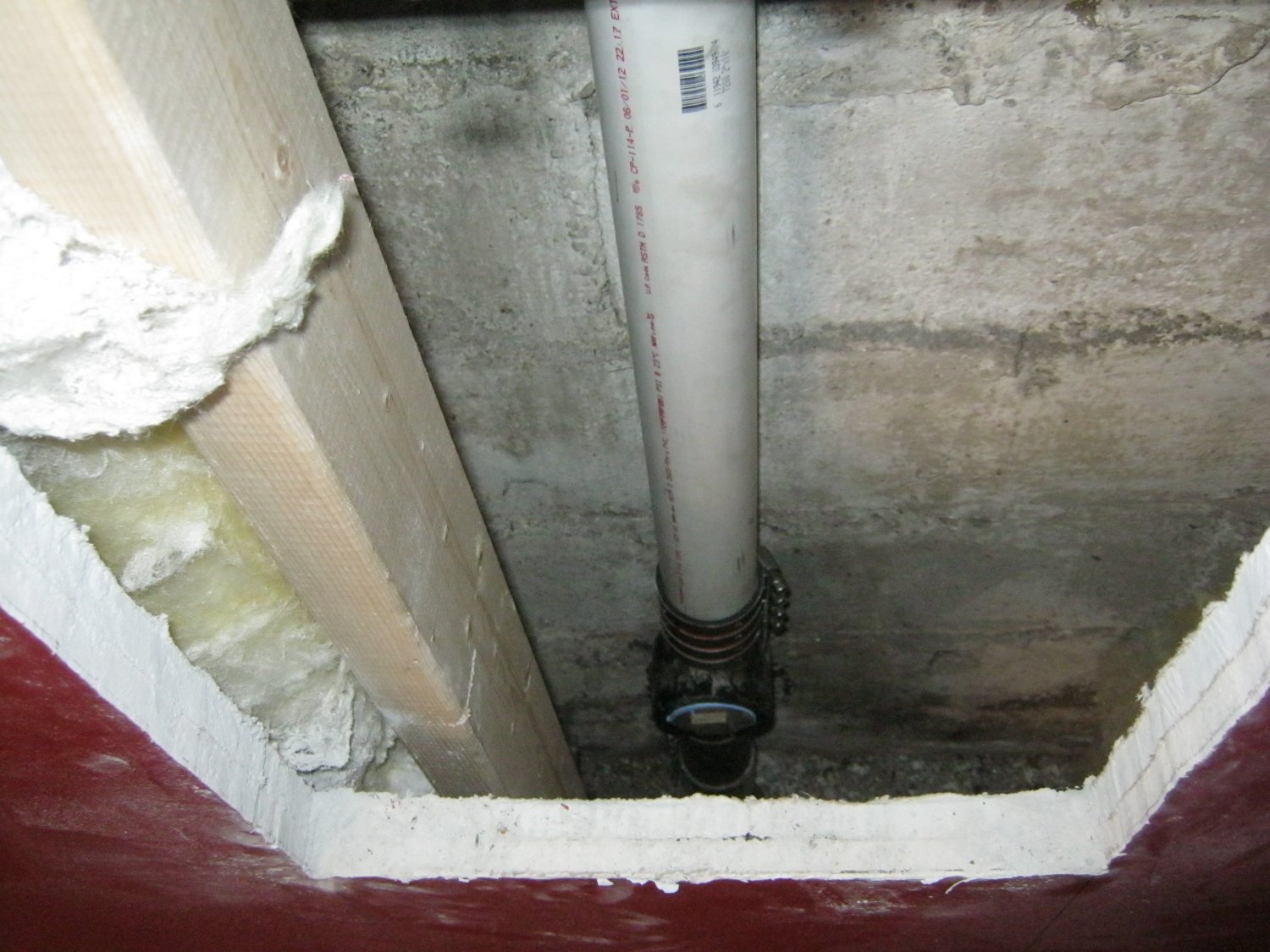 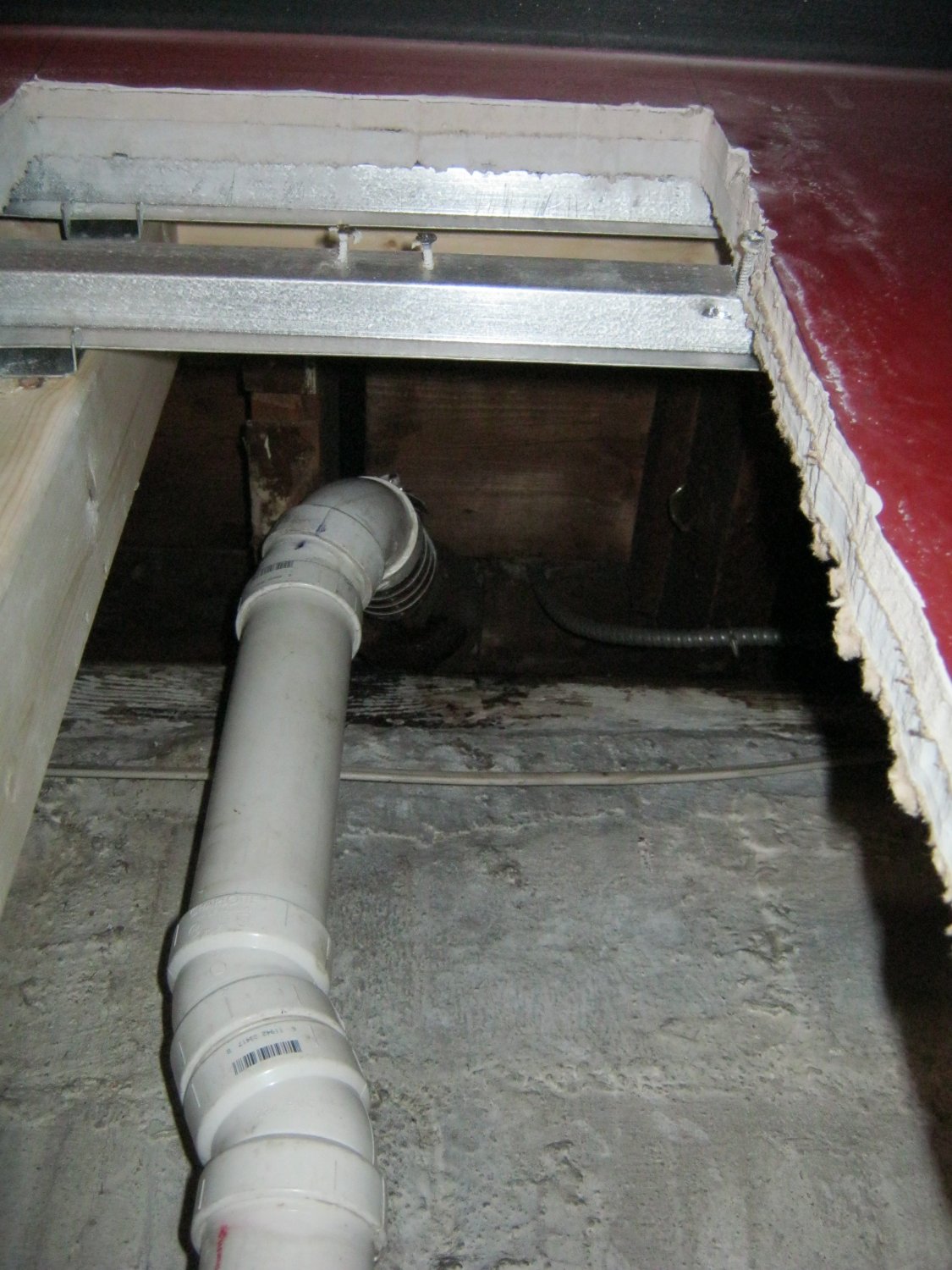 Even with the pipe behind the wall replaced, the pipe below the floor also looks pretty thin, and we have concerns about that giving out eventually as well. With my luck, it almost certainly will, and sooner rather than later. I just don’t trust any of the original plumbing in the house. I’m not going to put the whole room back together, only to go through this ordeal again in a few months or a year. If we’re going to fix it, we need to fix it right.

What does that entail? The options are either to remove the rest of the carpet and totally dig the pipe out of the floor, or to abandon that plumbing and run a new pipe behind the wall from the back of the room (where the kitchen line starts) to the boiler room on the other side of the front. After much debate, running a new pipe behind the wall and capping off the old one seems to be the best option. My plumber will start on that soon. In order to get the new pipe in, he’ll have to cut at least two or three more holes in the wall, which will need to be repaired and repainted later.

In the meantime, the room is a total shambles, completely unusable, months behind schedule, and I’m out of money. I feel like I’d be better off to just level the fucking house and start over at this point. 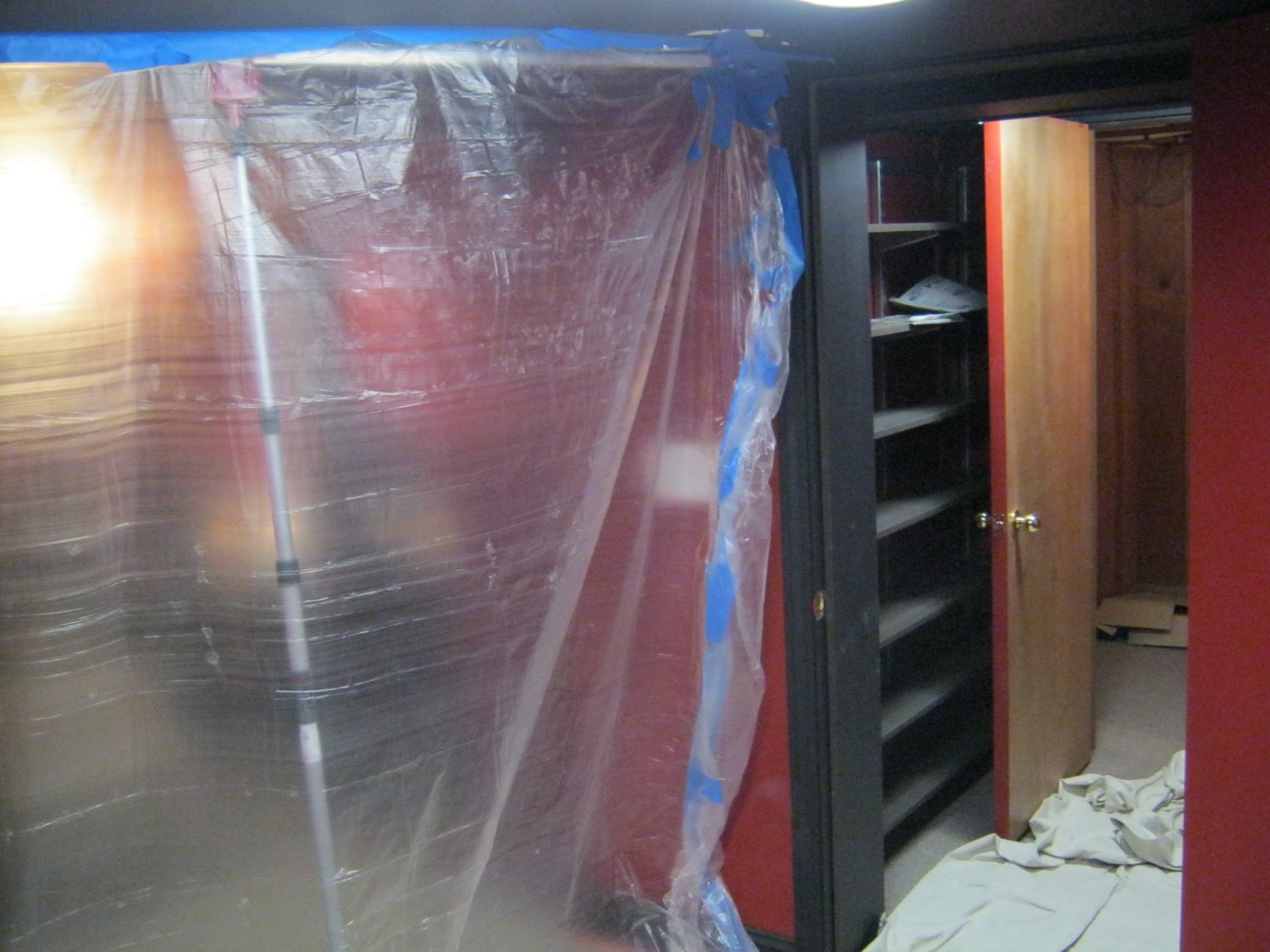 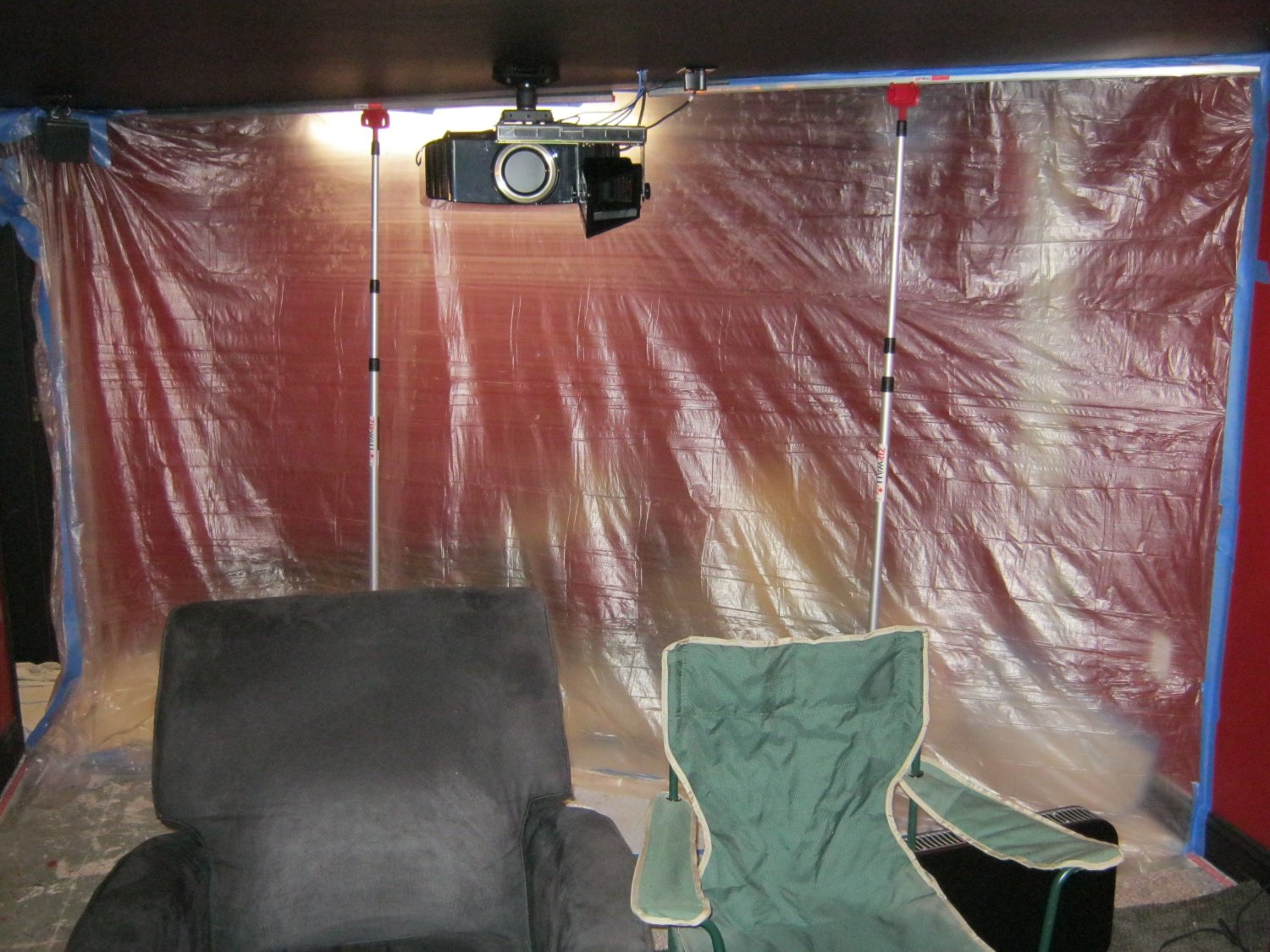 What is it that gamblers say? “Never bet against the house.” That’s a lesson I’m learning the hard way. I want to curl up into the fetal position and cry until this fiasco is finally over.