Earlier this year, I upgraded the subwoofer in my home theater to a more capable model, and have been very pleased with the results. This, naturally, forced me to decide what to do with the old one. Do I sell it, or do I try to integrate it into my system as a second sub? As it turned out, either option would be harder to accomplish than expected.

First, some background. Until the recent upgrade, whenever someone asked what type of subwoofer I used in my home theater, I found it a little difficult to explain. It wasn’t a traditional design. Most subwoofers are boxy in shape (though occasionally cylindrical) and have a single large woofer. Sometimes you might see one with two woofers on opposite sides of the enclosure. Regardless, when someone asks about your subwoofer, the first thing they expect you to tell them is the size of the woofer – from 8″ to 12″ being the most common.

Back when I lived in an apartment, I had an 8″ subwoofer. It was plenty for my small room at the time, but as soon as I moved to a house and built a proper home theater, it was clearly insufficient and needed to be replaced immediately. The model I chose at that time was the Cambridge Soundworks P300HD, an unusual slab-like behemoth that weighs 70 lbs. and has six 6″ woofers, three to each side. 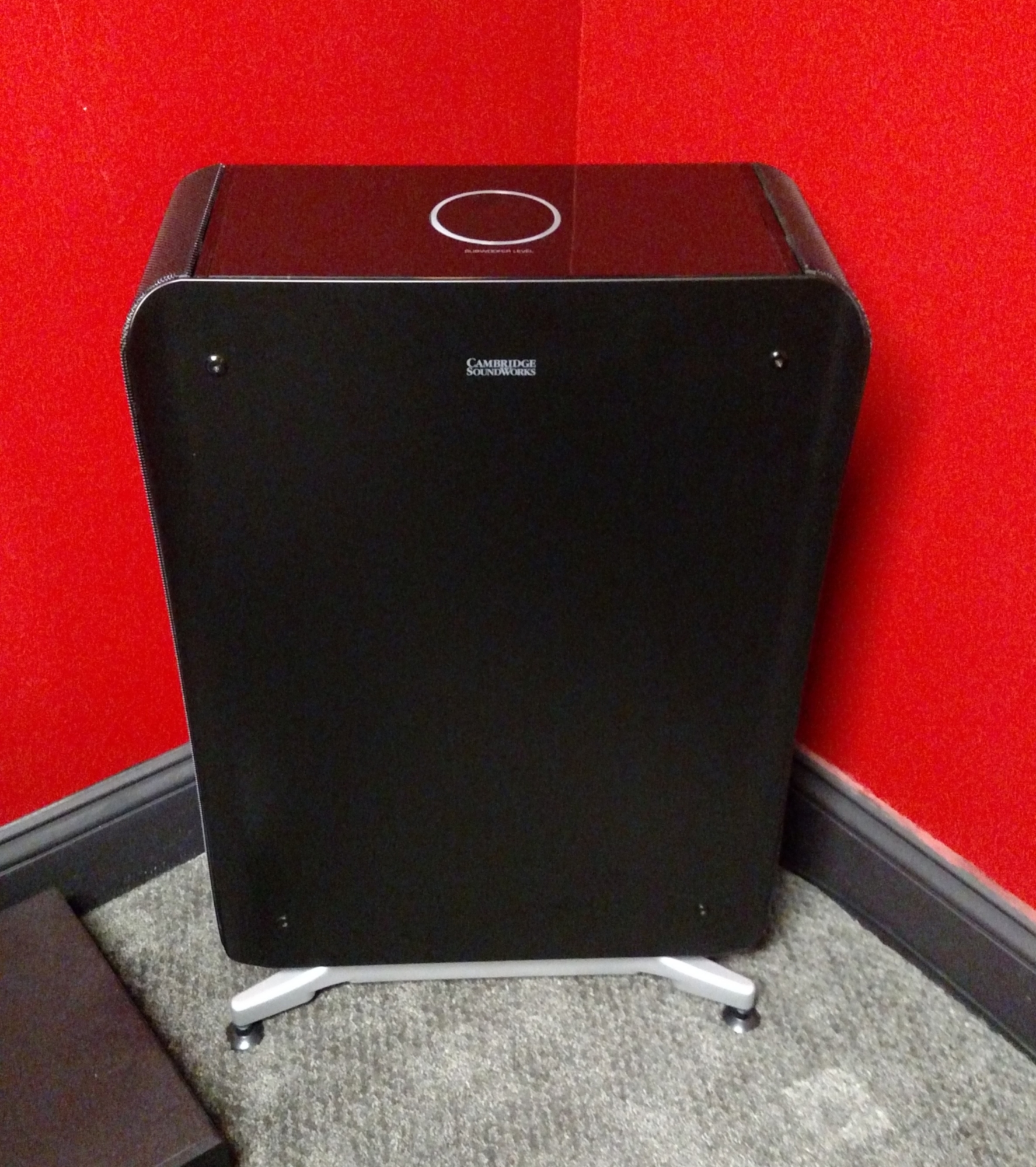 Partially, I chose this because the slim profile was easy to tuck away out of sight in my room. Partially, I’ve just long been fixated on the Soundworks brand, even though the company went down the tubes several years ago and no longer even makes home theater speakers anymore. One of the company’s final home theater products, I lusted after this particular model when I lived in an apartment, but could never justify it. However, at the same time I moved, a refurbished unit came up for sale at an excellent price and I couldn’t resist.

The P300HD has a 300W Class-D amplifier and is rated with a frequency response down to 25 Hz. Neither puts it among the ranks of world-class subs, but it seemed like plenty for my needs, especially for the deal I got on it. I bought and installed it, and was indeed pretty happy with it… for a while.

The Need to Upgrade

I first noticed problems with the P300HD about a year ago. Many of today’s action movie soundtracks feature incredibly powerful bass that digs deep into the infrasonic frequencies you can feel in your chest and your bones. When watching Blu-rays like ‘John Wick‘ and ‘Mad Max: Fury Road‘, not only did my subwoofer boom during the action scenes, it emitted a very loud and disturbing thumping sound. The first time this happened, I assumed it was an intentional effect in the movie soundtrack and shrugged it off. Soon, however, it became clear that something was wrong. I had exceeded the limits of my sub and the woofers farted when they received particularly deep bass hits such as car crashes or explosions. ‘Fury Road’ is filled with so many moments like this that the soundtrack was virtually unlistenable. 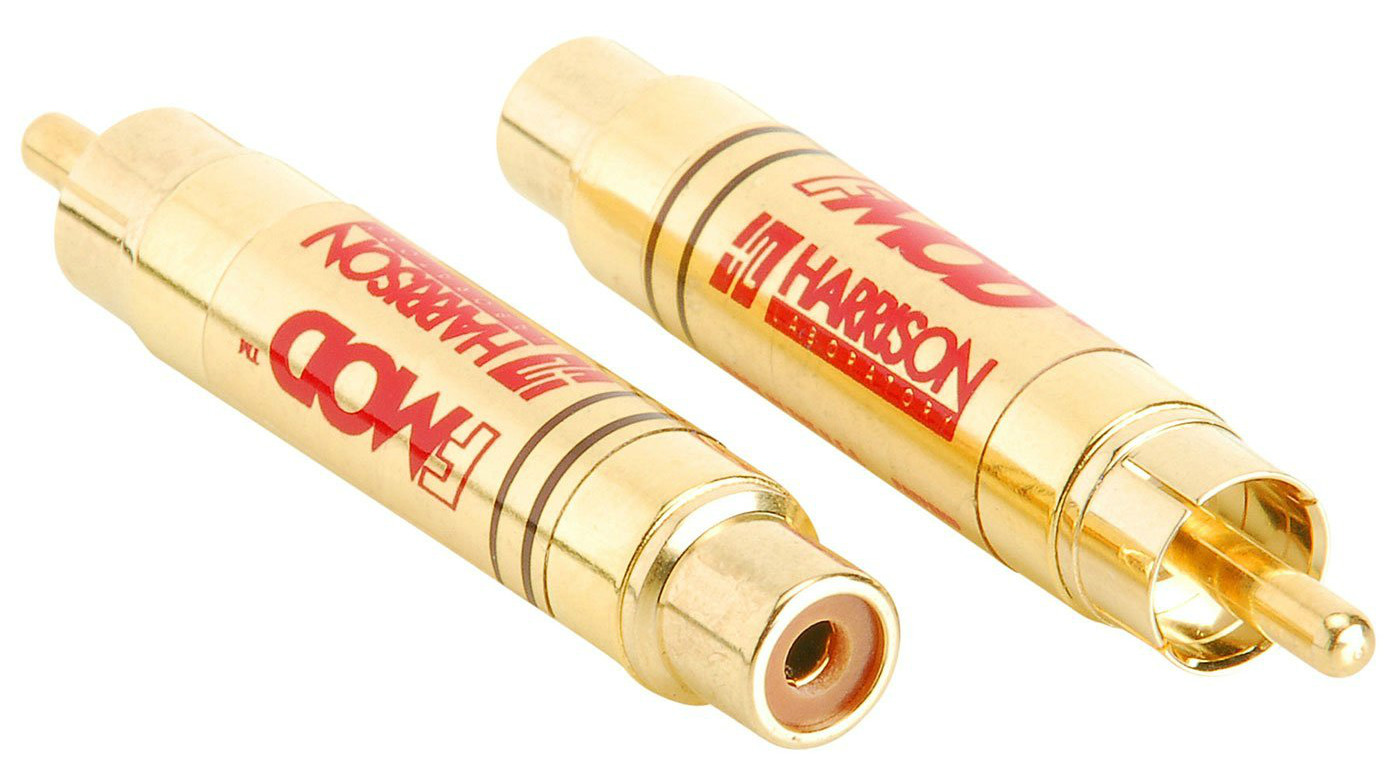 With some testing and experimenting, I found that I could consistently reproduce the problem at pretty much any scene where the bass went lower than 30 Hz. In order to mitigate this issue as best I could, I recalibrated my receiver to significantly reduce the gain to the sub, and then added a crossover attenuator to filter out those low frequencies. This noticeably helped, but didn’t entirely eliminate the issue. It also meant that my bass performance when watching movies was generally underwhelming. Clearly, this was a stopgap fix, not a permanent solution. I needed a new subwoofer

Eventually, I got one. The SVS SB-2000 that I installed a few months back plays cleanly and powerfully during even the most punishing movie soundtracks. I’m very happy with it.

When the Smoke Clears

With the new subwoofer installed and working well, I disconnected the old one and hid it away in the back of the room. I put it out of mind for a couple months until the time came that I felt I needed to do something with it.

My first thought was to sell it, but I just didn’t feel right about that with the issues I’d had with it. I wasn’t sure whether the unit was defective or I’d simply pushed it beyond its capabilities. In other words, did I need to get it repaired, or was this an inherent problem with the subwoofer that I’d need to warn a potential buyer about?

Unfortunately, as I mentioned above, Cambridge Soundworks no longer makes home theater speakers. While the company still exists, it won’t support its old products. I would not have any luck asking the manufacturer for help. I did some searching for local speaker repair shops to see if I could find one that would at least test it out, but I wasn’t sure who to trust and didn’t want to waste money at someplace that would try to bilk me for unnecessary repairs only to return the sub without actually fixing the problem.

Then, I had a stroke of luck! I managed to get in contact with a former Cambridge Soundworks engineer who was intimately familiar with this subwoofer. He lives within driving distance of me (it was a local company) and agreed to take a look at it. At this point, I really just wanted to confirm whether something was actually wrong with it, or if this problem is a limitation of its design.

That question was answered for me within seconds of the engineer hooking it up to his equipment and pumping a sustained bass tone into it. Not only did the woofers fart like crazy, the sub literally started smoking! A frightening cloud of white smoke drifted up from underneath.

My reaction was a deadpan, “That can’t be good.” He acknowledged as much and confirmed that the farting action was way out of spec as well. When he took the thing apart, he found that the power supply and limiters had gone bad. The power supply was overdriving the amp, and when the limiters failed, the woofers were struggling to produce bass octaves beyond their capability – hence the overexertion and, ultimately, meltdown.

He happened to still have spare parts, so he swapped the entire amp board out and got it fixed in about ten minutes. He ran the same test tone and the subwoofer hummed along as it was designed to, producing some good, strong bass without straining too hard and without the terrible farting.

Yes, not only did the subwoofer make noises I didn’t like, it was actually a fire hazard! I had no idea. To be fair, the test tone he played was much stronger and more prolonged than anything you’d find in a real movie soundtrack. Regardless, I’m glad I got this properly checked out before hooking it back up again or trying to sell it, whichever I decide to do.

At the moment, the subwoofer is back in my room, sitting in a corner unused. I experimented briefly with integrating it into my system as a second sub, but I ran into some more unexpected obstacles there. That’s a report for another day.