Last week, I revealed that I recently bought a house and am in the process of converting its basement rec room into a proper home theater. As anyone who’s done this before will tell you, before you can build something new, you have to tear down the old. This is actually the fun part.

I’ll direct you back to the first post in this series for photos of what the basement (which had a finished room built back in the 1950s) looked like when Mrs. Z and I bought the house. It had rather ugly wood paneling and a drop ceiling. It was an acoustical nightmare with bad echoes everywhere, and no sound isolation from the rest of the house. I can hear every footstep from the floor above, and can hold a conversation with my wife from the basement to the kitchen without hardly raising my voice. That will need to be addressed. We’ll get to that, hopefully soon.

First, I’ve got to pull out all the old crap that I don’t want in there. With help from my father-in-law, we spent the weekend ripping out the walls and ceiling. Here are some photos of what it looks like now. 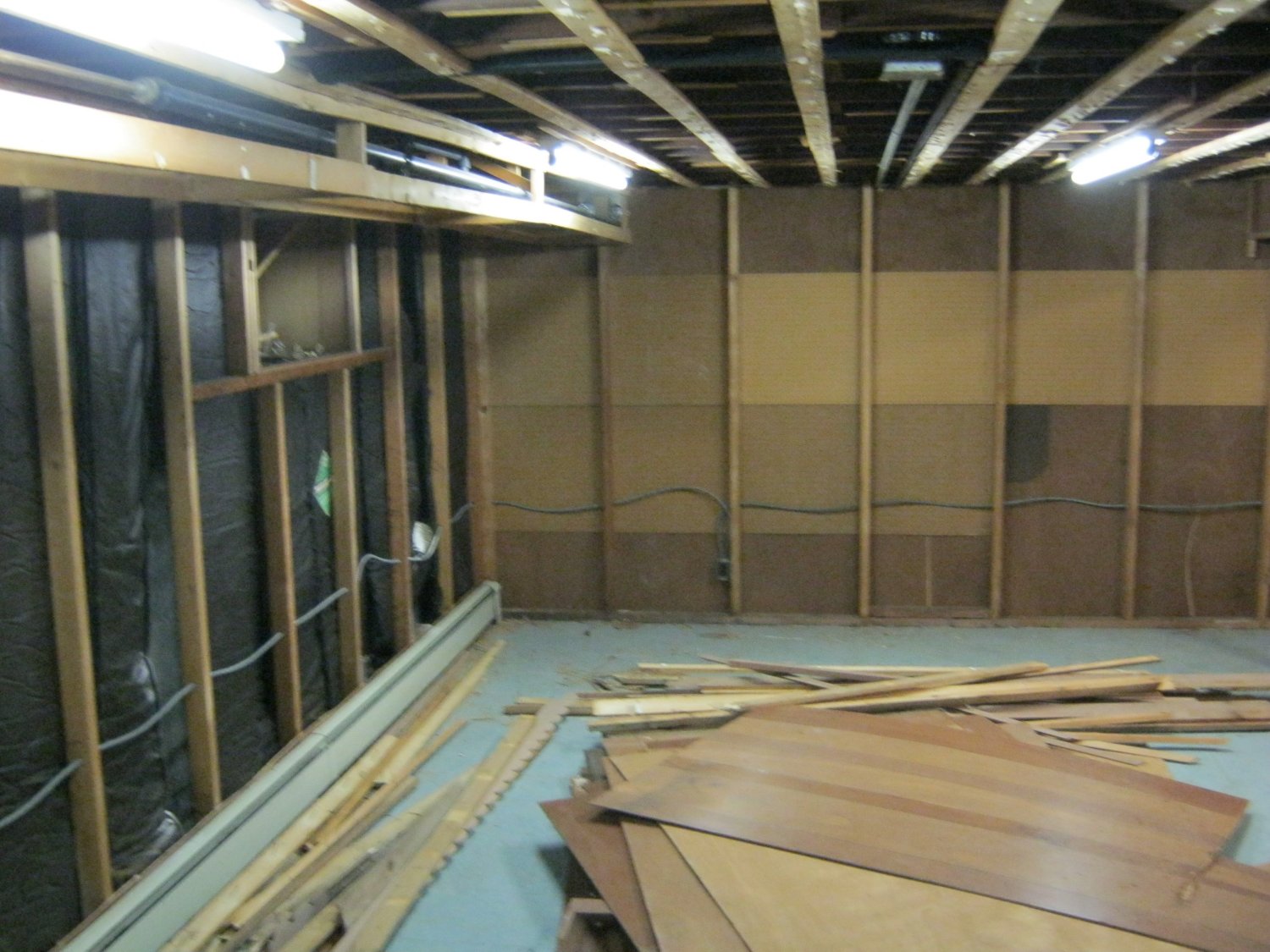 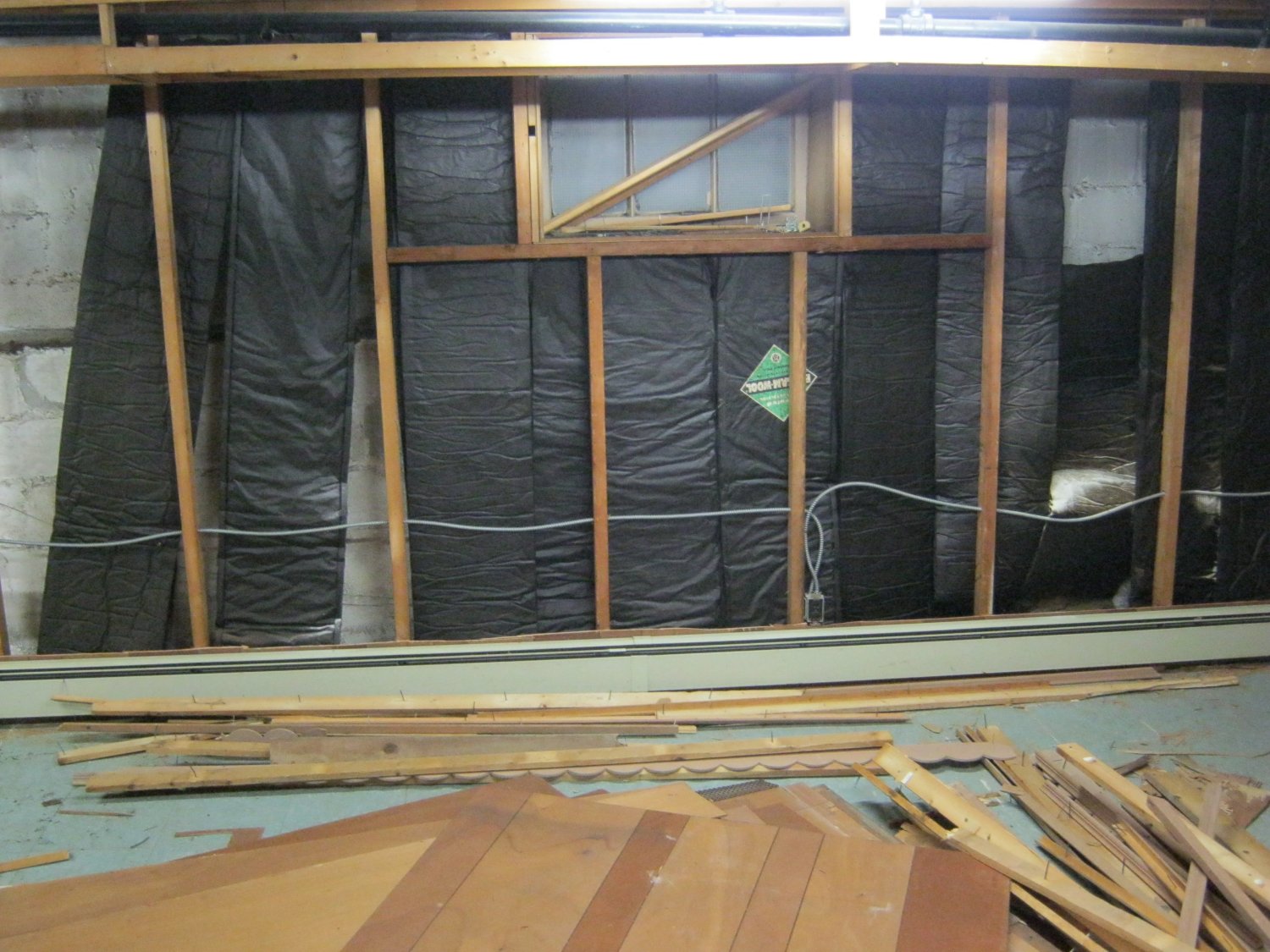 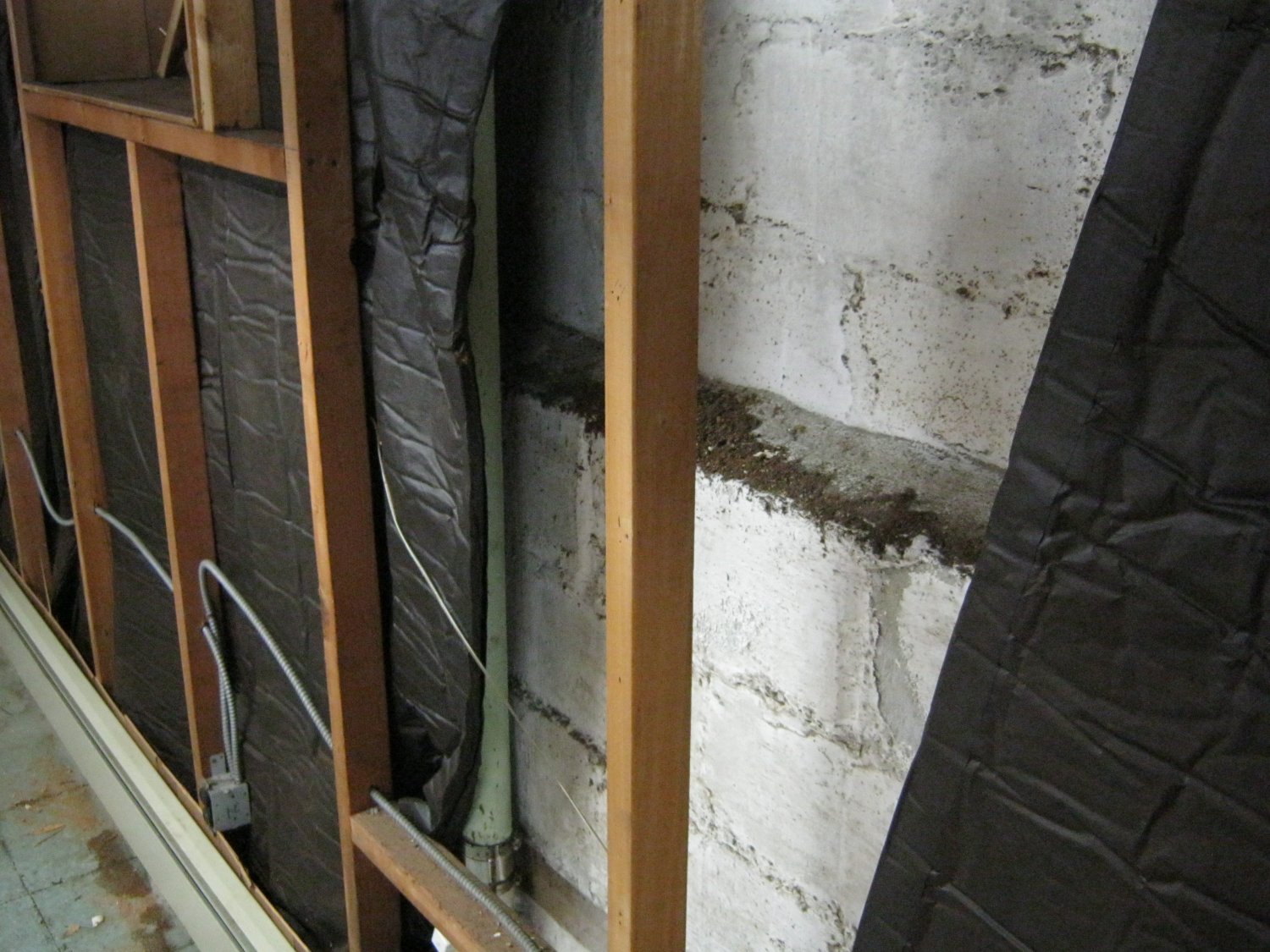 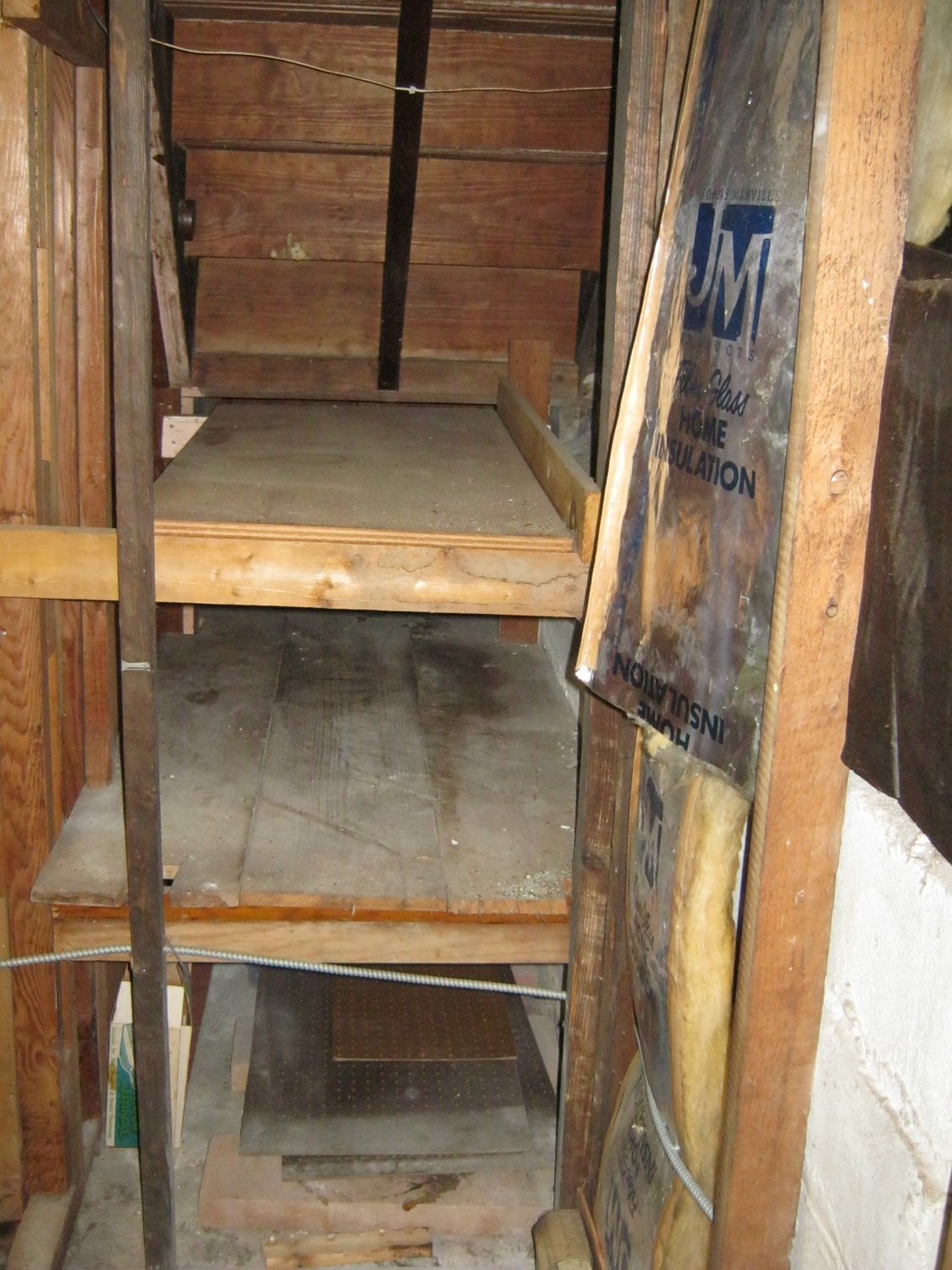 We removed all the tiles from the drop ceiling, but for the time being, have left the strapping in place. 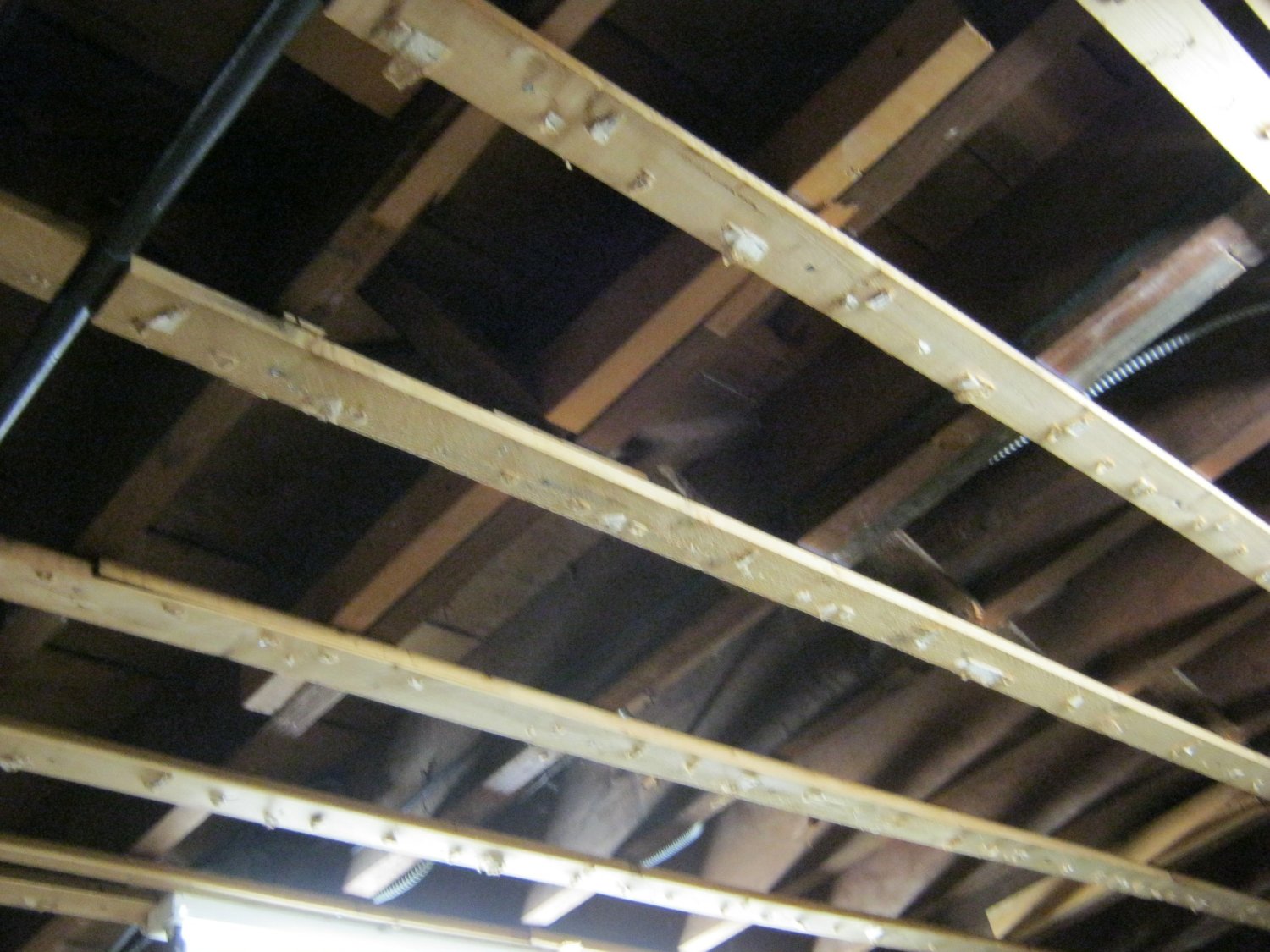 However, after a consultation with a soundproofing expert, I was advised not to install another drop ceiling. I will get better sound isolation if I put in two layers of drywall up there. If we’re going to do that, it will probably be best to remove the strapping and attach the drywall directly to the joists, in order to reclaim a slight bit of height. (The basement has a very low ceiling.)

One potential problem with doing that is the presence of an electrical conduit and a pipe that are currently below the joists, flush with the strapping. I have to talk to my electrician and plumber about whether those can be moved. 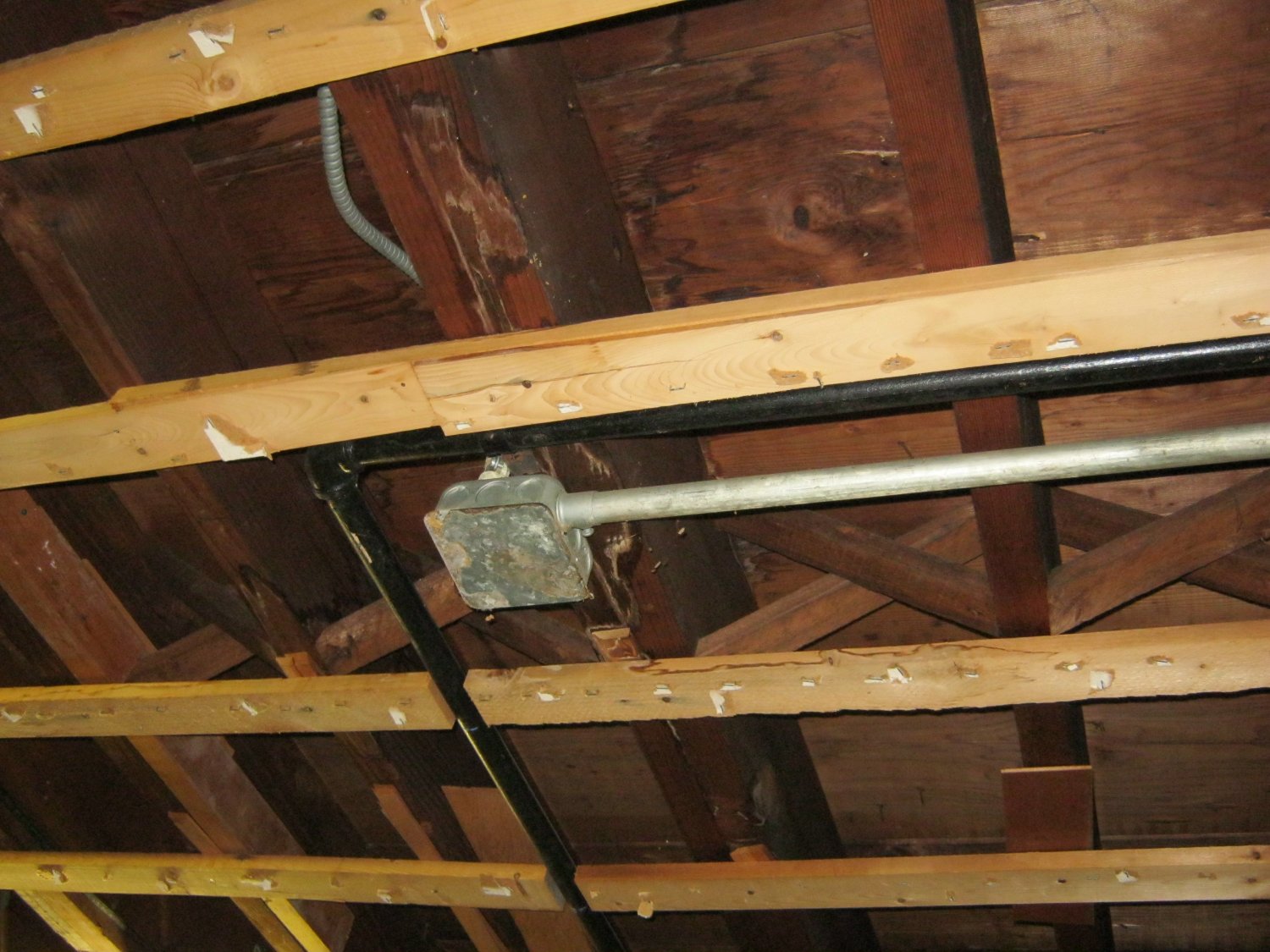 The floor is covered with ugly green vinyl tiles. Rather than refloor the room, my plan was simply to cover it with carpeting. 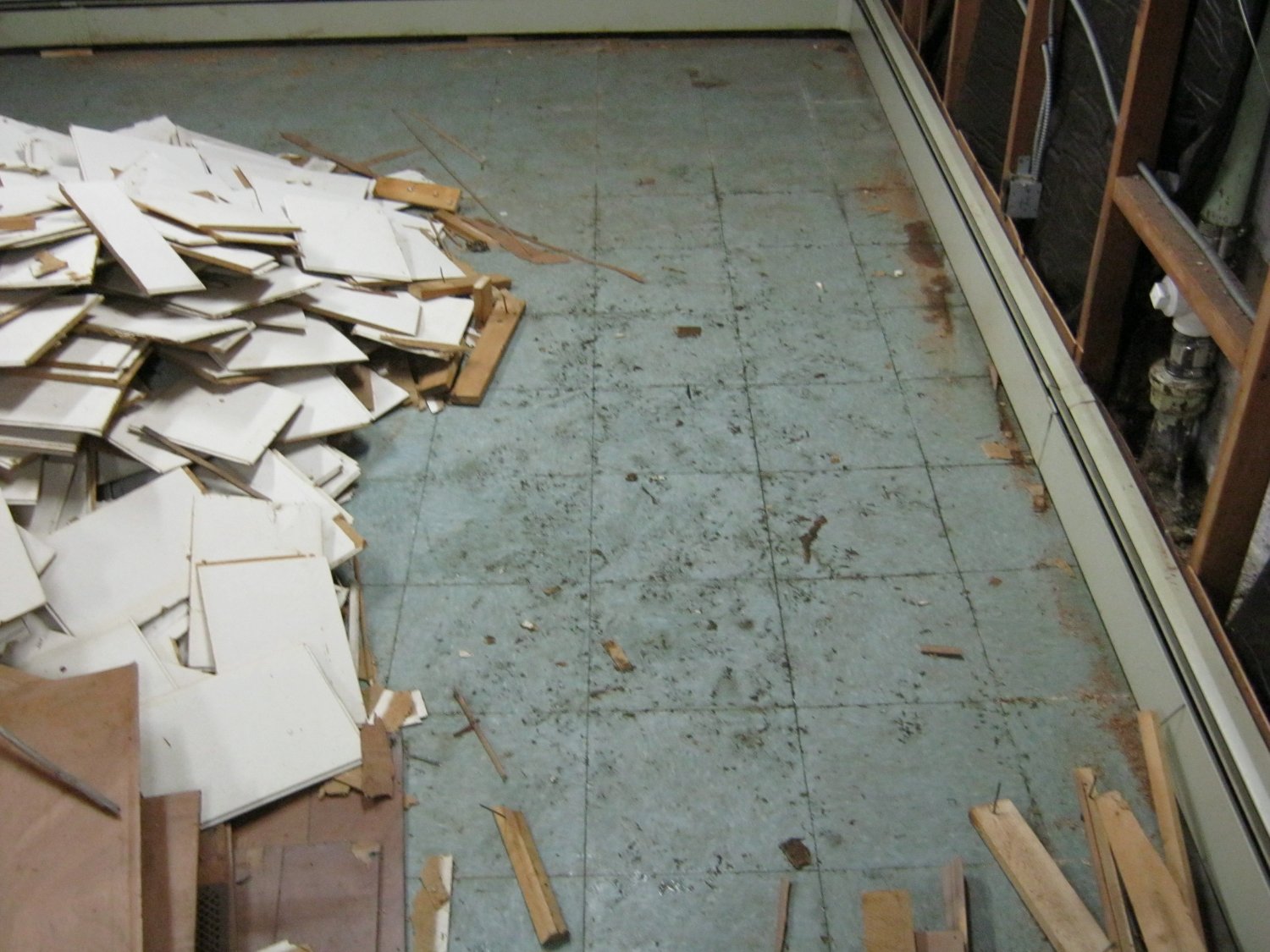 While we were doing the demo, Mrs. Z attempted to do some laundry in the next room. After she turned on the washer, we discovered water soaking up from beneath a spot on the floor. Apparently, we have a leak under there. Fortunately, the water stopped and subsided when the laundry was done, so this isn’t an emergency, but I definitely need to get a plumber in there to take a look. I suppose it’s a good thing that we found this before installing any carpeting.

Another fun discovery, we found a couple of very old, petrified mouse carcasses behind the walls. They appear to have been dead for quite a while, and we didn’t see any evidence of current infestation. 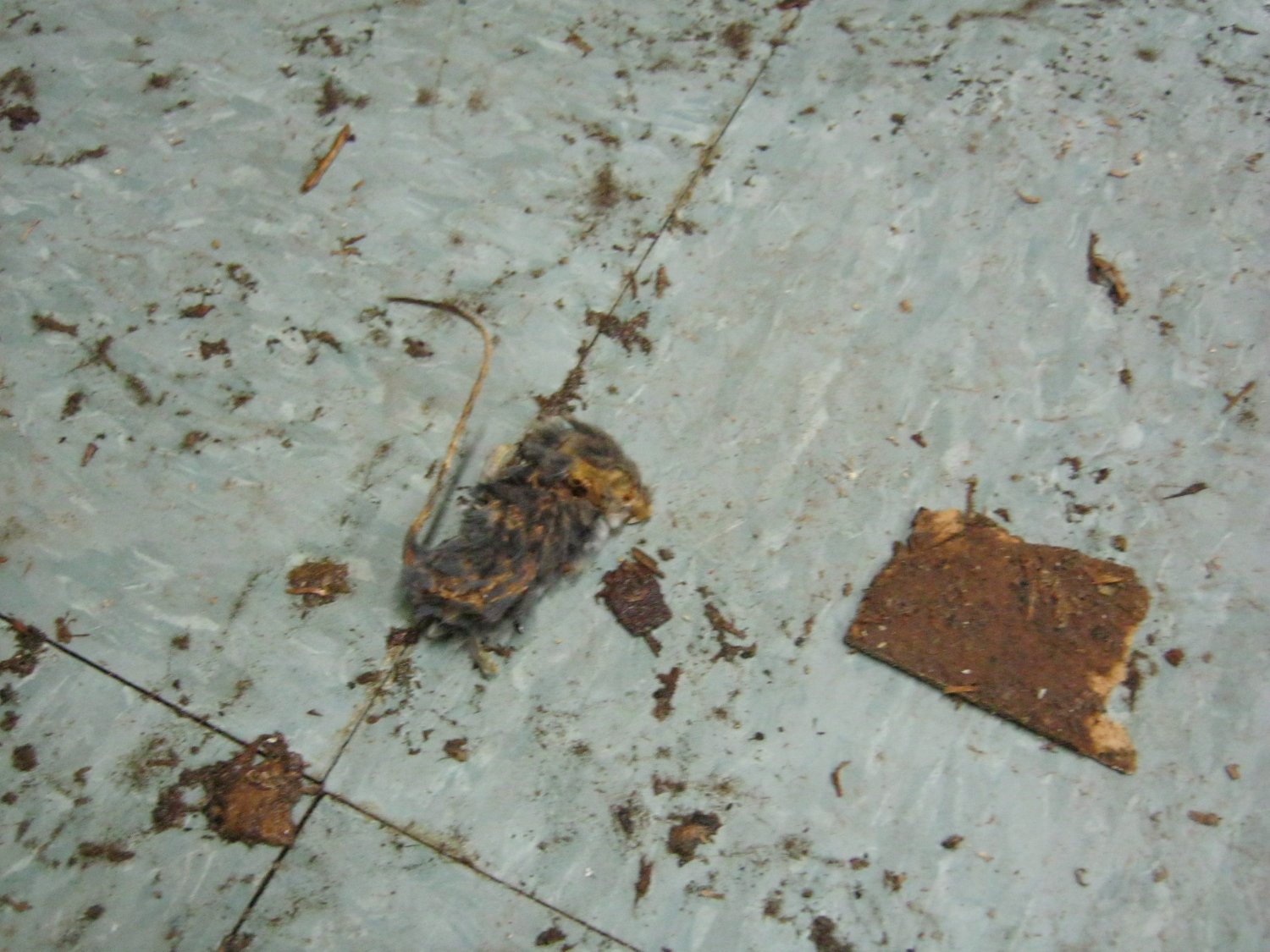 At the end of the tear-down, we were left with quite a mess on the floors. 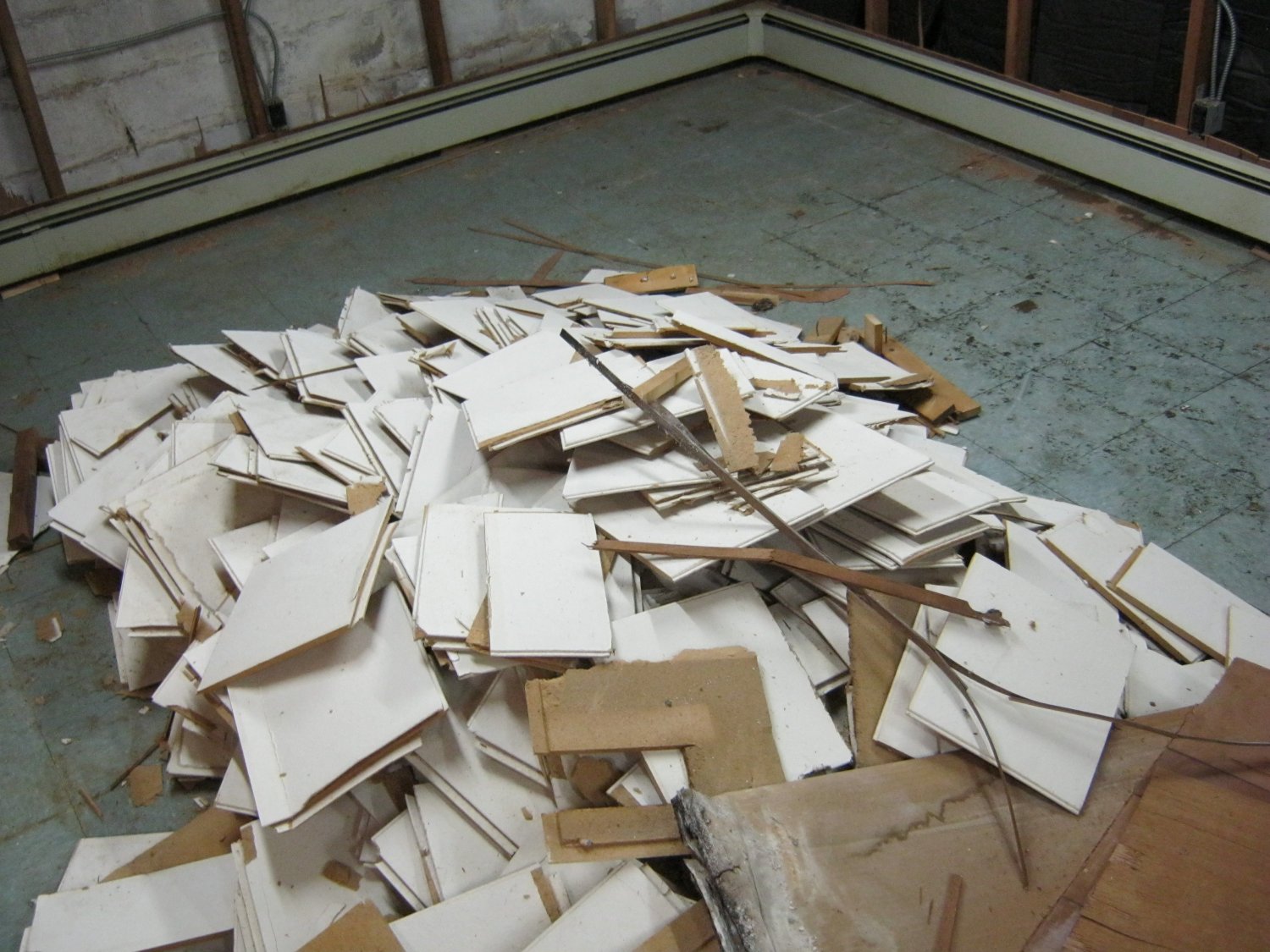 A few more hours of clean-up got that under control. 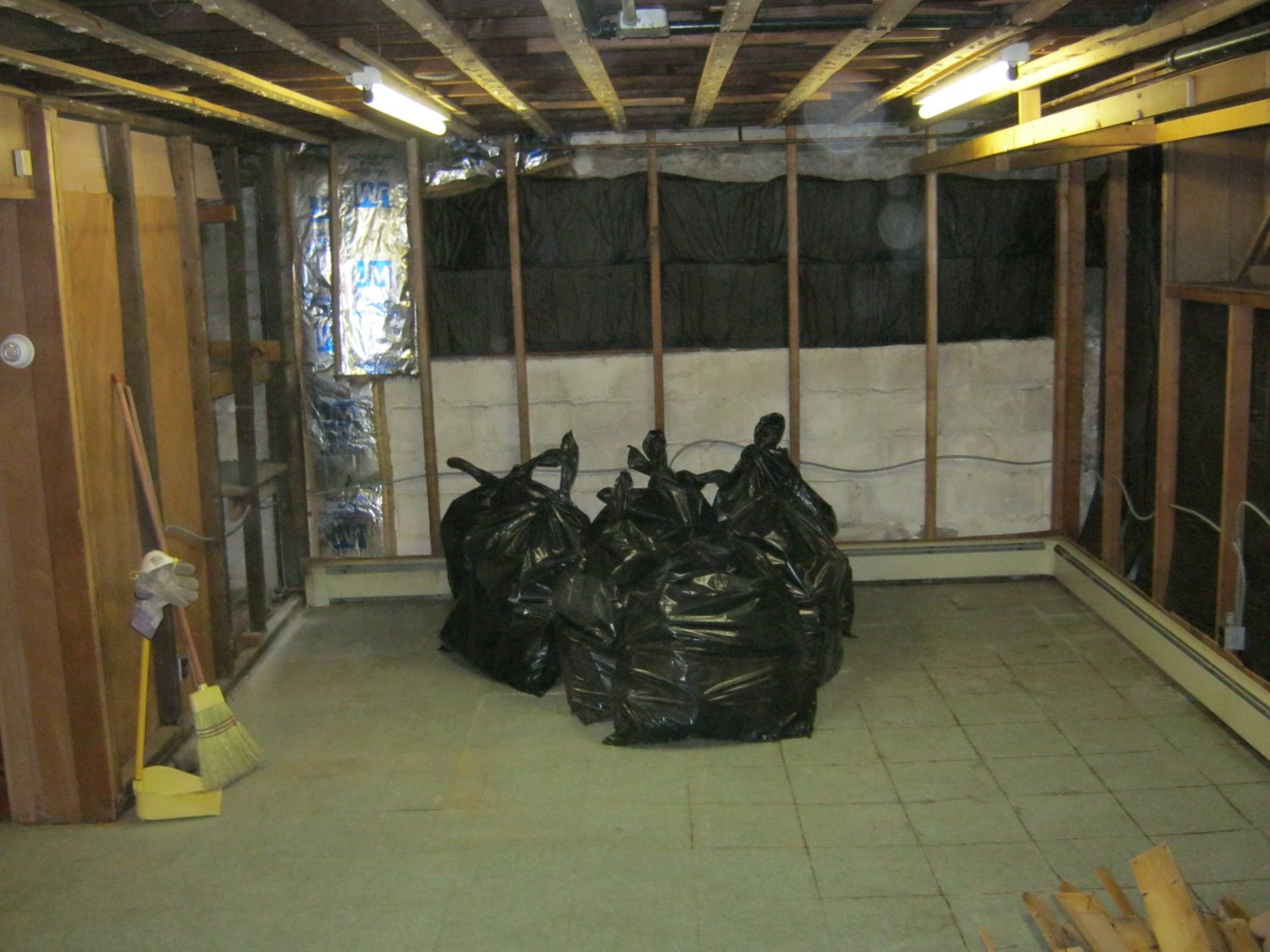 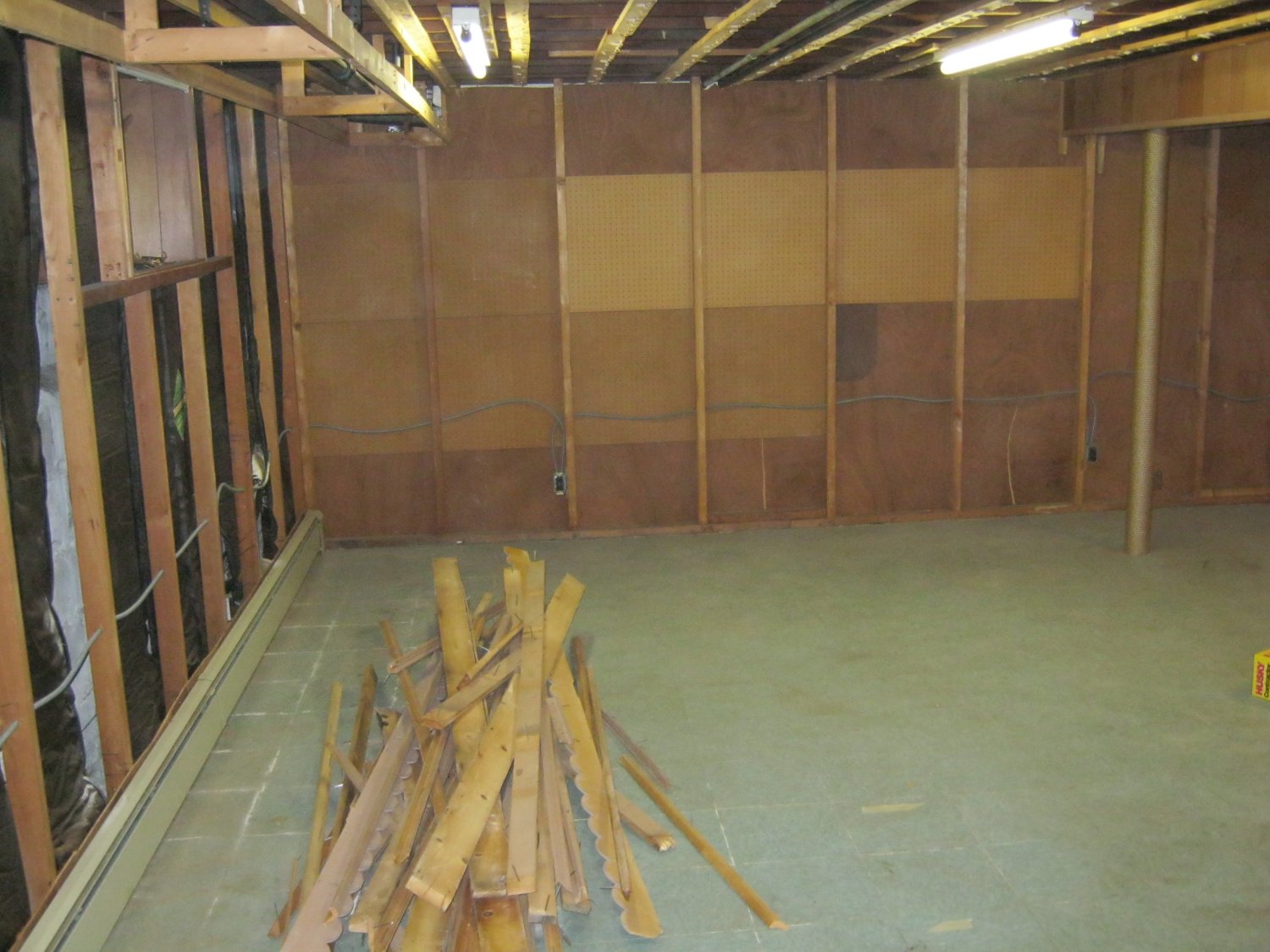 As a new homeowner, I found it kind of cathartic to destroy the old room myself. It’s also rather fascinating to see inside the guts of the house.

While we were able to do this part ourselves to save a little money, I have to hire actual professionals for the build-out. I’m still working on finding the right contractors for that.