If projector owners are a niche within the home theater hobby, Constant Image Height projection users are a niche within a niche. A lot of that comes down to a simple lack of understanding. Also significant obstacles, however, are the complexity and expense of setting up a proper CIH system, which many viewers (even projector owners) find intimidating. In preparation for a hardware review that I’ll have in the near future, I thought that this would be a good time to revisit the fundamentals of what Constant Image Height projection is and how it works.

Back in 2009, I wrote up a Constant Image Height Tutorial to explain the concept of CIH viewing. The basics haven’t changed since that time, though some of the hardware may have. By design, this new article will have quite a bit of overlap with that older piece. If you’ve read the previous article, consider this a refresher.

What Is Constant Image Height?

As most film buffs already understand, the majority of theatrical movies come in a choice of two possible aspect ratios, either 1.85:1, which is very close to filling a 16:9 HDTV screen, or 2.35:1 (aka “scope”), which will be displayed on an HDTV with large letterbox bars on the top and bottom. This is not the place to quibble over the distinction between 2.35:1 and 2.40:1. For the time being, just know that the two numbers actually refer to the same thing, and most people in the film industry use “2.35:1” as a catch-all term for either. [Update: You can read more about this issue in this follow-up post.]

Of course, you’ll rarely see letterbox bars in a professional movie theater. That’s because cinema screens come in both shapes, or can be adjusted from one to the other with masking, so that whatever is shone through the projector will fill the exact shape of the visible screen.

The current home theater dynamic of using a 16:9 TV (or projector) screen to display all content actually reverses the artistic intent of motion picture photography. “Scope” 2.35:1 movies are meant to be displayed larger and wider than 1.85:1 movies, not smaller and shorter. For example, let’s look at two classic movies about the sea. ‘Das Boot‘ takes place primarily inside the cramped confines of a submarine, while ‘Jaws‘ is set against the backdrop of vast expanses of open ocean. Ideally, the two movies should maintain the same image height, but ‘Jaws’ will expand to a wider field of view. 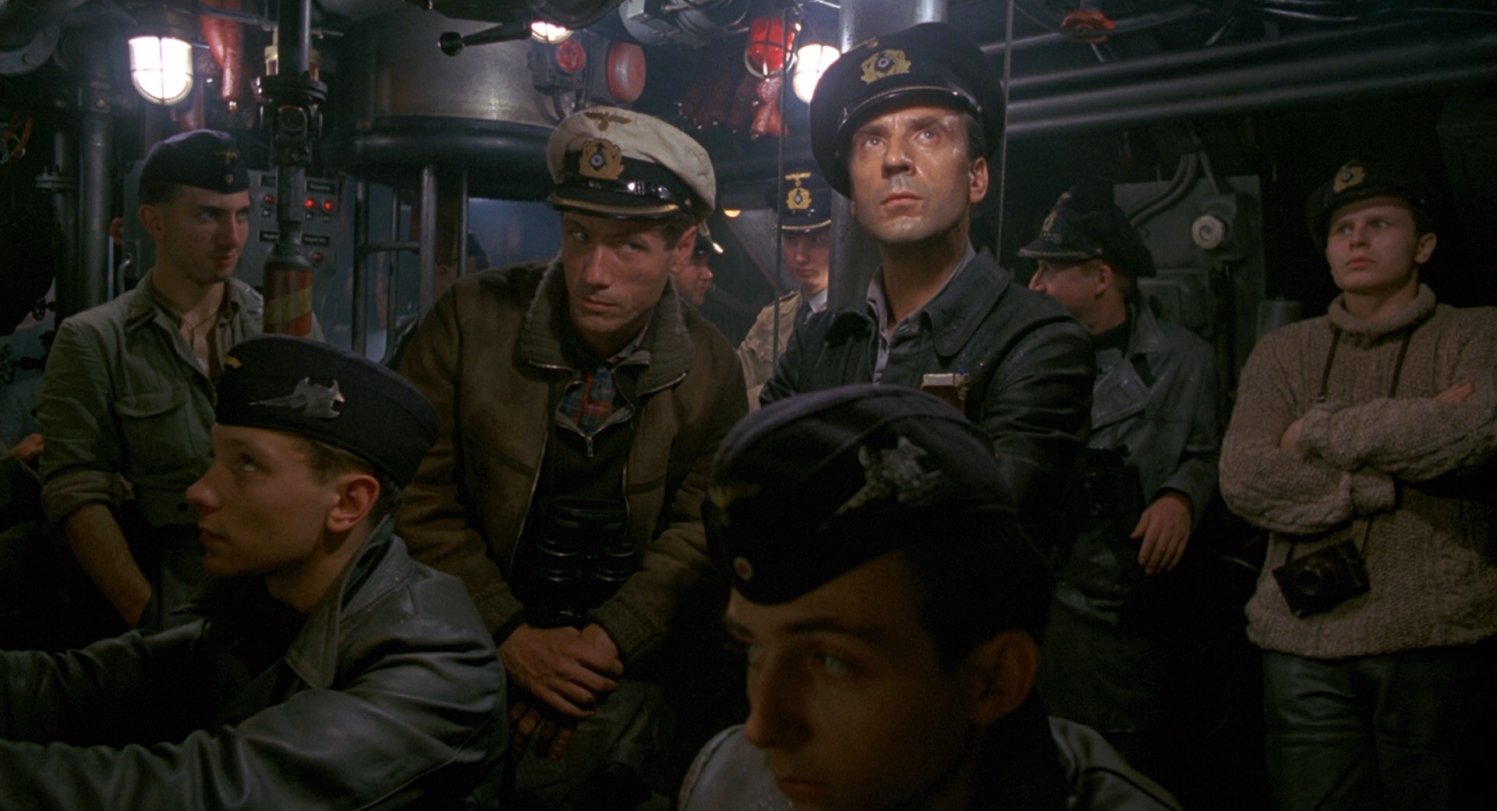 Shrinking ‘Jaws’ down to the same width as ‘Das Boot’ with letterboxing above and below greatly reduces the immersiveness of the experience. 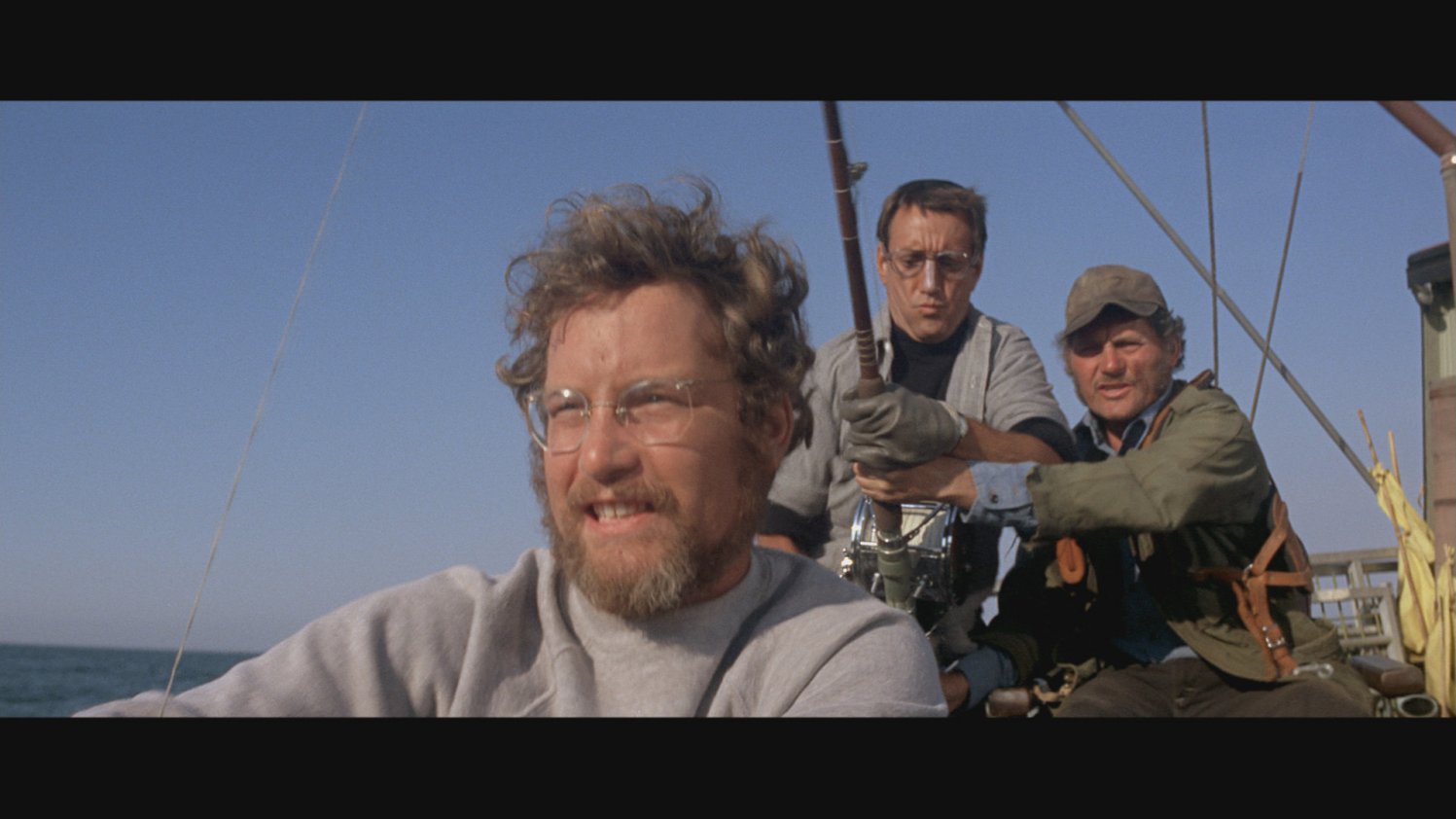 Constant Image Height viewers seek to restore the original artistic intent by projecting both types of movies onto a 2.35:1 ratio screen, so that the height of the movie image remains the same, while the width varies.

How Do You Do It?

Boiled down to its simplest essence, the two things you absolutely need for Constant Image Height viewing are a projector and a 2.35:1 aspect ratio screen. Here’s mine: 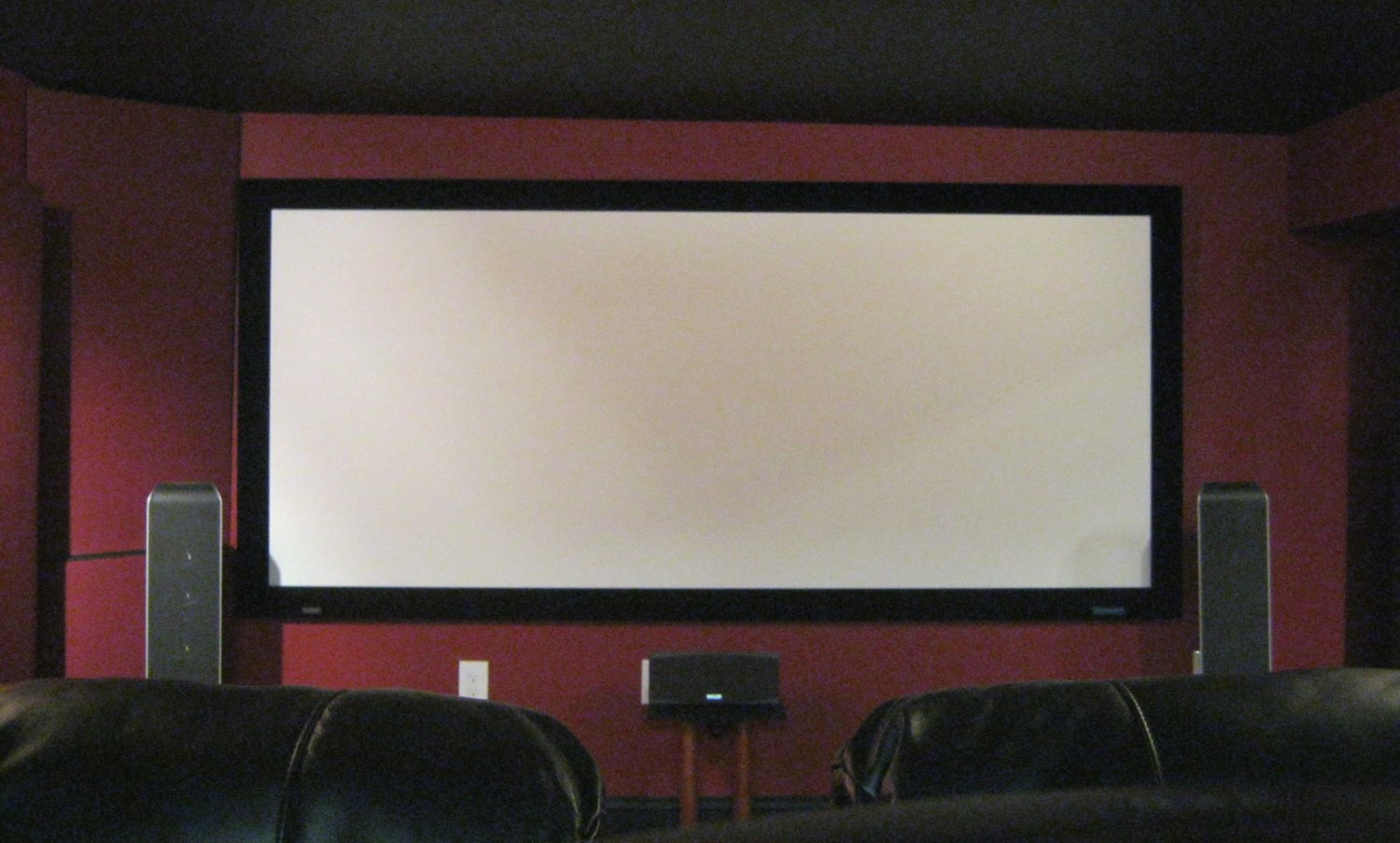 By default, the projected image should be centered in the screen, so that the full 16:9 (1920×1080) pixel panel fills the height of the screen but not the sides.

(Forgive the washed-out nature of these photos. It’s hard to take pictures in low light.)

When displaying a movie with a 2.35:1 picture, the effect will look like black bars on all four sides. The top and bottom are the letterbox bars encoded in the Blu-ray disc, while the sides are just empty and devoid of light. 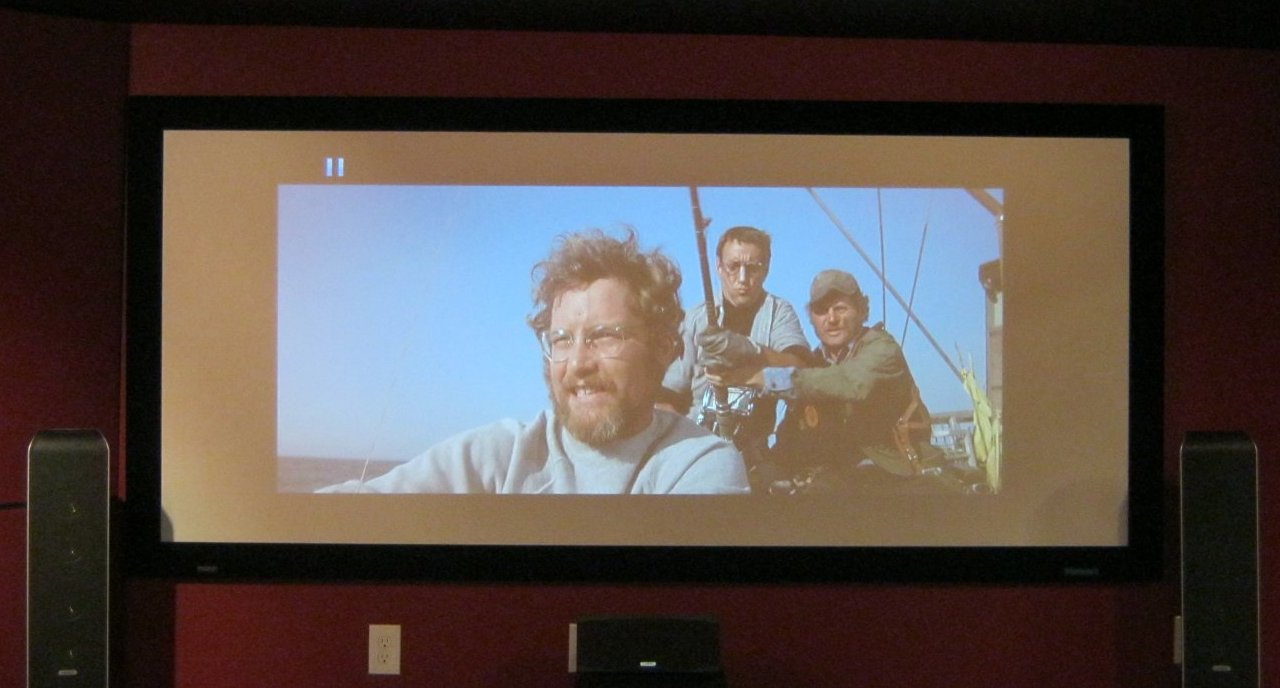 The next step is to use the projector’s zoom lens to enlarge the image, so that the movie fills both the width and height of the screen. 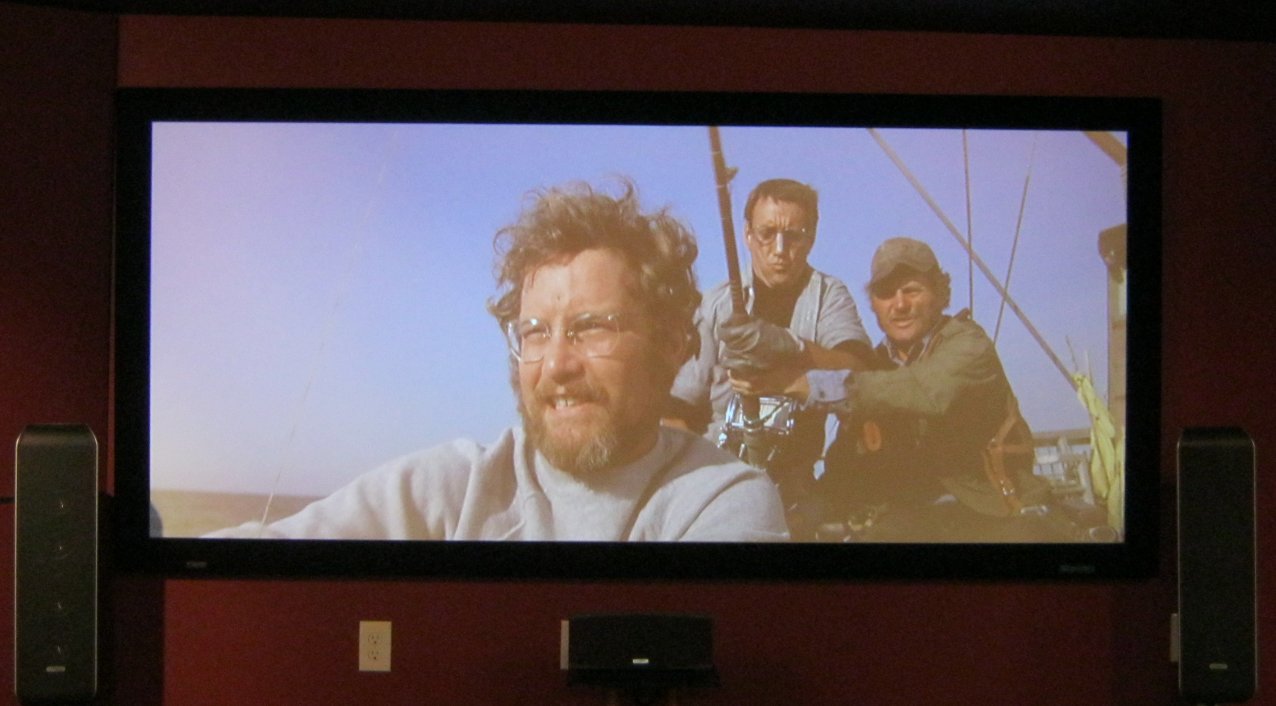 In this scenario, the Blu-ray’s black letterbox bars will spill off the top and bottom of the screen onto the wall. In most circumstances, they will not be very noticeable there, especially when you pull the lights down. 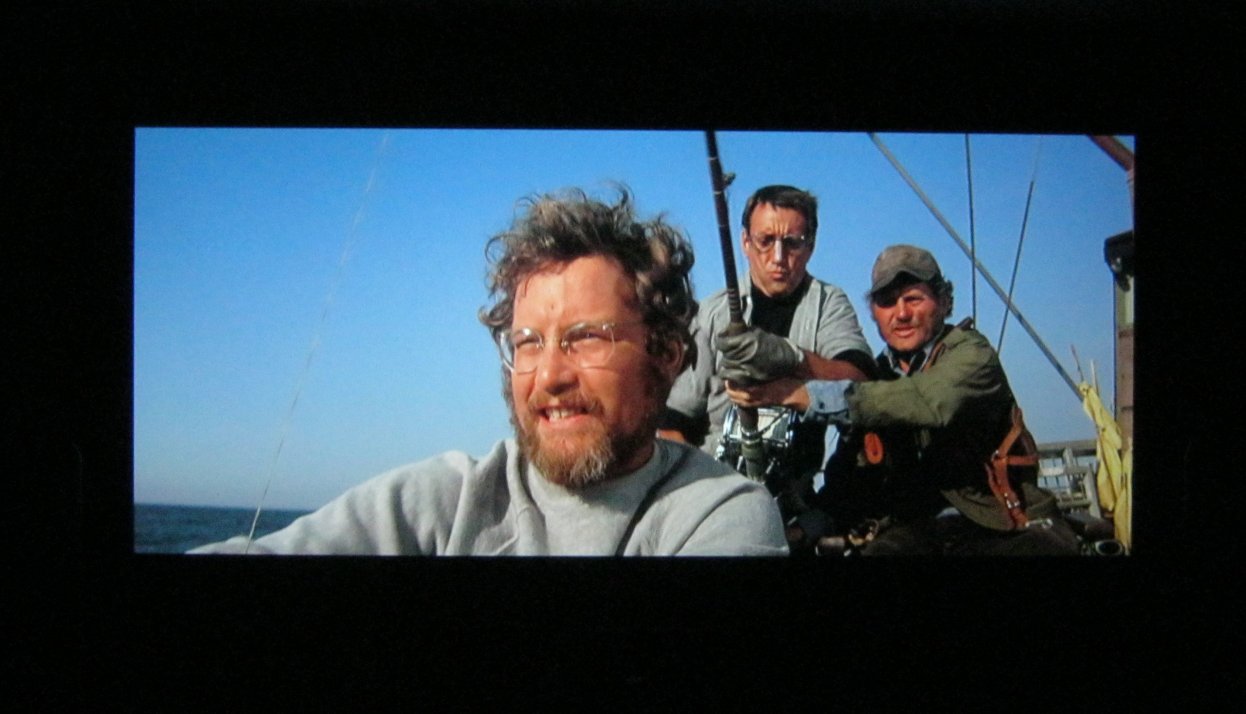 The “Zoom Method” of Constant Image Height projection requires no special hardware beyond the projector and screen, and thus is both the easiest and most cost effective manner of achieving this outcome. However, it also has some notable tradeoffs. By enlarging the image, you disperse the light over a larger area, which reduces your overall brightness. You also enlarge the size of individual pixels, which could result in visible pixel structure. The larger your screen, the more of a concern these issues will be.

Also problematic are movies with a variable aspect ratio, such as ‘The Dark Knight‘. As you may recall, the majority of this movie is composed for an aspect ratio of 2.35:1. 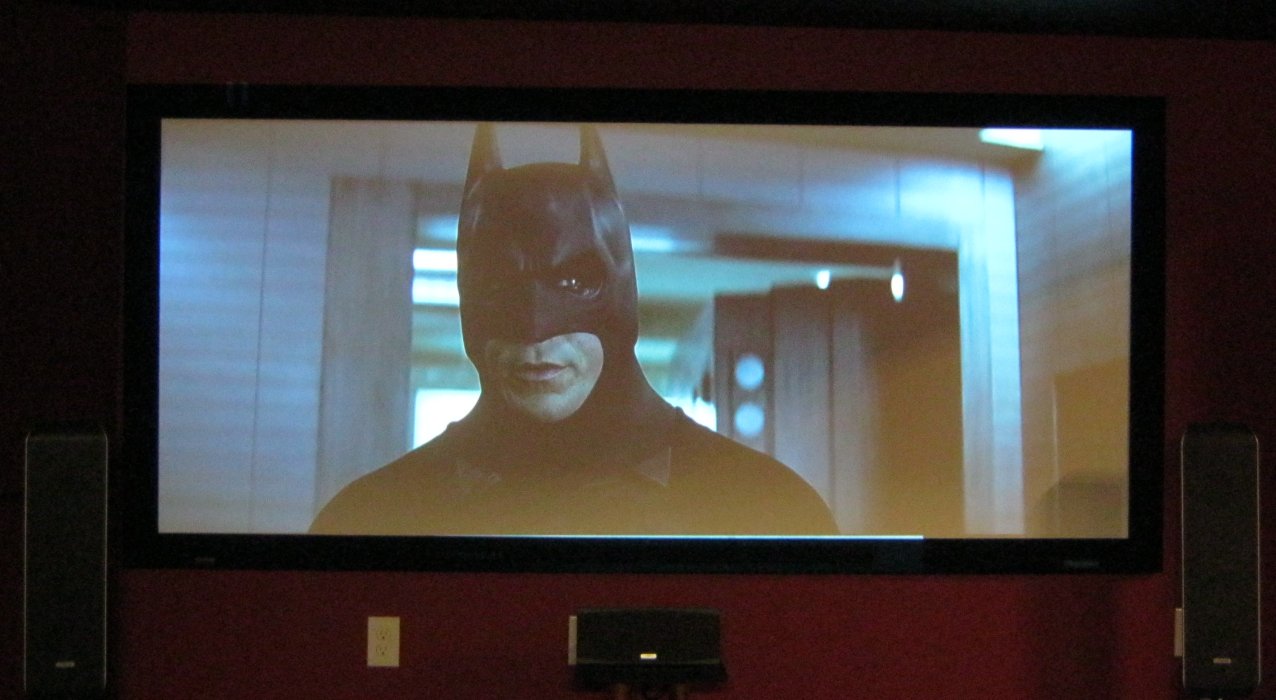 Yet selected scenes shot with IMAX cameras expand on the top and bottom. In those, active picture content will appear on your wall above and below the screen. This is very distracting and annoying when it happens. 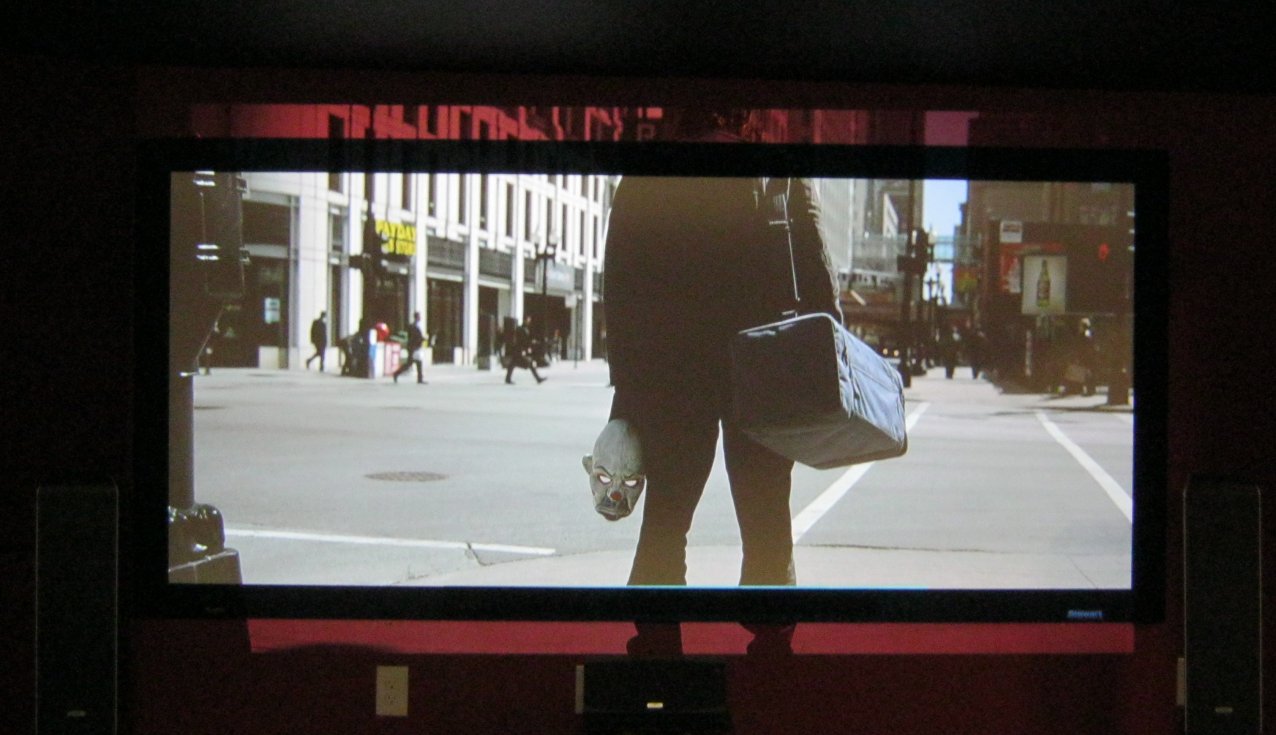 An alternate method of achieving Constant Image Height is a little more complicated and a lot more expensive. It involves adding an anamorphic lens in front of the projector to change the 16:9 shape of the projected light path into a native 2.35:1 aspect ratio by stretching the image horizontally.

Going back to the example of ‘Jaws’, you start with a 16:9 letterboxed picture like this:

By adding an anamorphic lens, you’ll stretch the picture like this:

That certainly doesn’t look right, does it? To restore the proper picture geometry, you’ll next need to apply electronic scaling to stretch the image vertically and cut off the letterbox bars. This will give you a correct, screen-filling scope picture:

This vertical scaling feature is found today as an optional setting in many home theater projectors and some Blu-ray players. Failing either of those, an external video processor (such as the Lumagen Radiance) may be necessary. 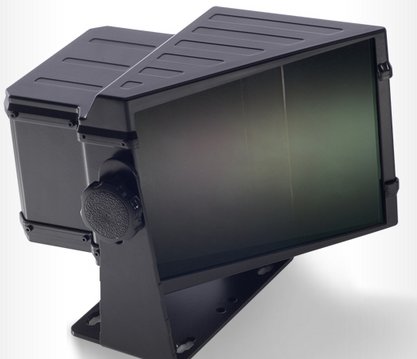 Using an anamorphic lens has several advantages. Most importantly, redirecting your projector’s entire light output onto the 2.35:1 screen will give you a brighter picture. In comparison to the Zoom Method, it will also shrink the height of individual pixels, reducing the likelihood of seeing visible pixel structure in the image. On a variable-ratio disc like ‘The Dark Knight’, the combination of an anamorphic lens and electronic scaling will simply crop off excess picture above or below the central 2.35:1 movie area so that you’ll never see it projected onto your wall.

A good lens requires quality optics so as not to compromise other aspects of your picture. A low quality lens that leaves you with a blurry, poorly focused picture would pretty much defeat the point of adding the lens in the first place. Unfortunately, those quality optics don’t come cheaply.

I’ll have more to say about anamorphic lenses in a follow-up post to come soon.

More on This Topic