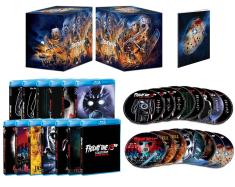 Justice League: The Snyder Cut Coming to HBO MAX - No, Really! Not A Joke!