For April, we're covering a galaxy far, far away, a very angry bear, and a daft old man who stole a magic box. Please be aware, that if you haven't already seen them, there are some MAJOR SPOILERS for the discs listed.

If you only buy three titles that hit Blu-ray in April, here's what we suggest you pick up, starting with the most essential... 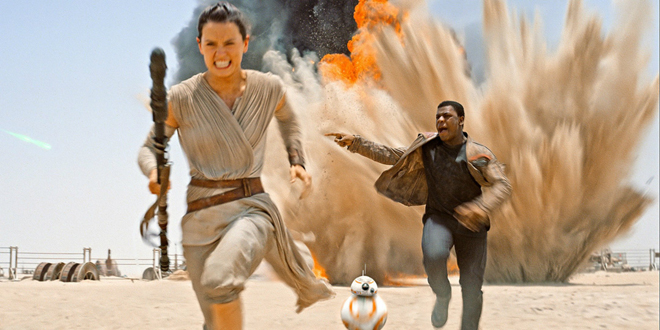 'Star Wars: The Force Awakens' - The first time I ever saw 'Star Wars: A New Hope' was on a VHS copy that my Dad had recorded off of the TV complete with commercials. The quality was terrible, pieces were probably cut out for time, and I think snippets of an old episode of 'Dallas' that had been taped over randomly popped up every now… and yet, the experience was still magical. I mean, how could it not be? I was a kid, and it was 'Star Wars!' But I'm not a kid anymore, and trying to recreate the magic of one's childhood as an adult is essentially a fool's errand. Thankfully, J.J. Abrams is apparently a very skilled fool.

Using the original trilogy as his template, the director transports us back to a galaxy far, far away -- complete with old and new characters. Seeing Harrison Ford as Han Solo again (on the Millennium Falcon with Chewbacca!) is almost too cool for words -- but really, that was to be expected. The legendary movie star actually turns in one of his most spirited performances in years, but Ford could have just winked at the camera and called it a day, and I still think that I would have been satisfied. What's really pleasantly surprising, however, is just how captivating the new heroes and villains are. Finn and Rey offer an exuberant burst of energy while Kylo Ren proves to be an effectively menacing yet unconventionally awkward antagonist. Sure, not everything is perfect. The plot is a bit too reminiscent of what came before and some of the dialogue is actually quite stilted and too expository (the scene between Han and Leia where they discuss their son is just plain badly written), but the heart and soul of 'Star Wars' is back in full force! Pun very much intended.

With 'The Force Awakens,' J.J. Abrams offers the first great 'Star Wars' movie of the 21st Century… and there isn't a single Gungan in sight! With a demo worthy technical presentation and some solid supplements, this release gives fans a worthwhile package -- though, honestly, even a barebones disc would probably still make this list. It's 'Star Wars,' after all. This is basically the franchise that home theaters were made for. Not only April's top title, this is one of the top must own discs of the year. And it sure beats a degrading VHS. 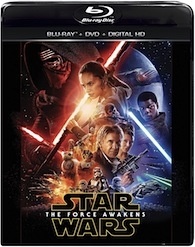 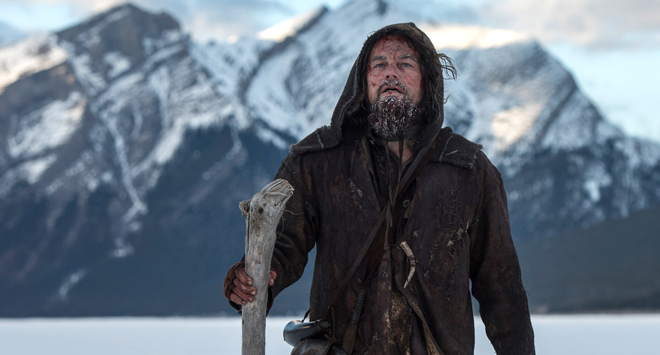 'The Revenant' - A great film can leave a lasting impression, but it's rare to come across a movie that genuinely makes it feel as if you've "experienced" something. Unrelentingly visceral and expansive in its form, Alejandro G. Inarritu's 'The Revenant' is such a film. Though I never technically left my living room, by the time the credits rolled, it really felt like I had gone on a harrowing journey -- but, you know, from the comfort of my couch… and without all the claw marks.

Nearly limitless in its scope, the dangerous wilderness of 'The Revenant' unfolds in all directions, and Inarritu's frequently roving, unblinking camera allows his images to extend beyond the edges of the frame -- creating a living, breathing world with new hazards constantly lurking just outside of view. The numerous long, sustained shots also work to place us directly with Hugh Glass (Leonardo DiCaprio), allowing us to experience what he experiences as it occurs on screen, letting us feel the full weight of each life-threatening incident without cuts, offering no respite from the recurring brutality. Speaking of which, the movie's much discussed (and parodied) bear attack scene truly is one of the most unrelentingly intense sequences of the year. And DiCaprio himself fully earns his Oscar with a genuinely primal performance. Dirty, shivering, and constantly clinging to life, the man becomes a visual embodiment of survival, desperately holding on to every breath he has left. And thankfully more than just an exercise in potent style, the movie actually has a rather engaging (albeit comparatively simple) plot, rife with powerful themes tied to family, betrayal, nature, and vengeance.

Marked by an equally awe-struck and fearful reverence for the natural world, 'The Revenant' uses cinematic form to create a sense of dreamy reality -- one that is both palpably gritty and delicately poetic. Coupled with 5-star video and audio, and a strong behind-the-scenes doc, this Blu-ray easily earns a spot on April's list of essential titles. And for those with 4K displays, this also happens to be one of the first reference quality Ultra HD Blu-rays, making it a must own for early adopters. 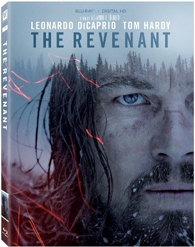 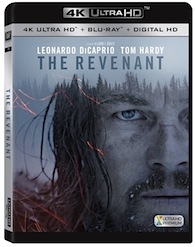 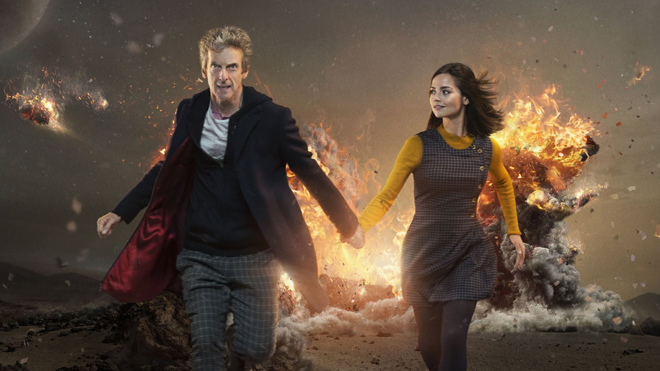 'Doctor Who: The Complete Ninth Series' - While cast changes are commonplace across the TV landscape, very few shows replace their star performers on a regular basis -- but on 'Doctor Who,' this recurring "regeneration" is actually an essential component of the series. When the Doctor is near death, he is able to come back to life in a new body with a new face, conveniently allowing a new actor to step into the role. In season eight, we saw Peter Capaldi take the reins of the TARDIS from fan-favorite Matt Smith, but it's in season nine where the veteran thespian truly makes the Time Lord his own -- resulting in one of the show's strongest and most consistent runs in years.

After a somewhat uneven eighth season with an overly cranky take on the Doctor, season nine allows Capaldi to expand his approach on the character, injecting a few fun new personality traits and quirks while fleshing out his relationship with long-time companion, Clara Oswald (Jenna Coleman), in anticipation of her character's departure from the series. Likewise, the season relies heavily on two-part episodes, giving the writers a bit more time to develop their plotlines. This leads to a very impressive string of compelling stories, with only one real clunker in the bunch (the pointlessly convoluted 'Sleep No More'). But as memorable as the entire season is, it's really episode 11, 'Heaven Sent,' that almost singlehandedly cements this release as a must own. With the Doctor trapped all alone in a bespoke torture chamber as a haunting enemy slowly hunts him down, the episode methodically builds to an utterly breathtaking twist -- finally allowing all the shades of Capaldi's Doctor to come into focus in a character defining sequence marked by striking visuals, stirring music, brilliant editing, exceptional writing, and a tour-de-force performance. A gut-wrenching encapsulation of the Doctor's never-ending determination to "win," and a rather sensitive examination of grief and mourning, the episode hits all the right beats. More than just one of the show's all-time greatest instalments, it also might be one of the best episodes of sci-fi TV... ever.

"How many seconds in eternity?" It might seem like an unsolvable riddle, but 'Doctor Who: The Complete Ninth Season' offers a glimpse at the answer -- and what we see tells us everything we ever need to know about the show's title character. Clever, fun, inspiring, and even rather heartbreaking at times, these twelve episodes (plus two Christmas Specials) represent the series and its star at their best. For fans who may have been turned off by the last few seasons, this release marks a notable return to form, replacing the Doctor's once iconic bow tie with an equally cool guitar. 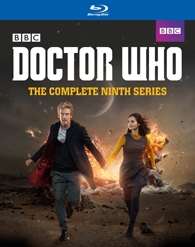 So, there you have it. While there were many titles worth picking up this April, those are our top three must own recommendations. We'll be back next month with three more essential picks, but for now, what do you think of our selection? What are your choices for April's must own titles?