This month, we're covering a star-spangled superhero, a paranormal comedy classic, and a 350 foot monster.  Please be aware, that if you haven't already seen them, there are some spoilers for the discs listed. 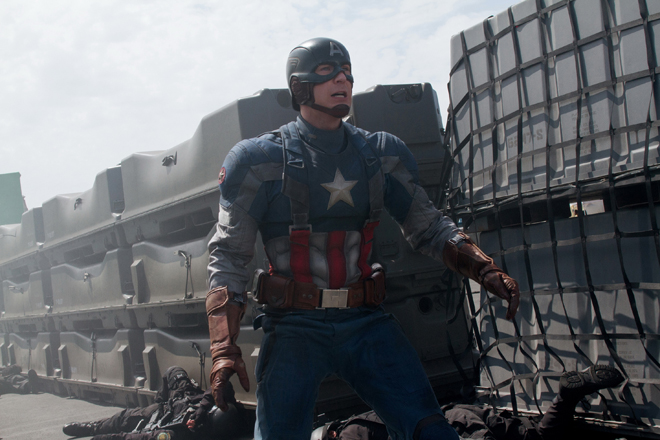 'Captain America: The Winter Soldier' - Consistency is a rare quality to find in a Hollywood studio. Especially one churning out big budget summer tent-poles left and right. But if there was one word to describe Marvel's recent track record, I think "consistent" might be the most appropriate. Not all of their releases have been complete homeruns, but since 'Iron Man' hit screens in 2008, the studio has consistently crafted entertaining and successful flicks -- becoming one of the most creatively dependable movie companies this side of Pixar. And with their latest Phase 2 sequel, 'Captain America: The Winter Solider,' Marvel continues this trend without skipping a beat. In fact, Steve Rogers' latest outing just might be one of their best -- resulting in an action-packed political thriller with a comic book twist.

Fully integrating the legendary WWII hero into our current morally ambiguous world, the movie thrusts Rogers into a twisting plot full of dangers from within. Trusted allies become potential threats, and once steadfast motivations are drowned in murky waters, drawing solid parallels between our real world politics and the superhero-infused world of SHIELD. Throughout it all, directors Anthony Russo and Joe Russo keeps things lively, offering lots of cool action set pieces without losing sight of an engaging and surprisingly important story. One that will have very lasting effects on the future of the Marvel Cinematic Universe. Chris Evans continues to do great work as the title hero, highlighting the character's old fashioned nobility and tragically misplaced circumstances. He's a relic from a simpler time being forced to play by new corrupt rules, but you can only push a good man down for so long before he… whacks you with a vibranium shield! Marvel franchise regulars Scarlett Johansen and Samuel L. Jackson also turn in fun performances, and newcomer Anthony Mackie effortlessly joins the pack. We even get a little extra dash of old school Hollywood class with Robert Redford, and the eponymous "Winter Soldier" proves to be a very effective and multi-layered antagonist, challenging our hero not only physically, but emotionally and psychologically as well.

In many ways, 'The Winter Soldier' proudly tears down everything Marvel has been building up until this point, slyly offering a greater peek into the full extent of the producers' master plan. In an essentially unprecedented move, the studio continues to create an evolving multi-part universe of interconnecting stories full of escalating arcs. Like Michael Palmer describes in his full review, Marvel has created "the world's most expensive television series," and this episode is one of the show's best. Not just a cog in a greater machine, the movie also fully stands alone, giving audiences a satisfying and entertaining ride. With 5-star video and audio, this is not only one of the month's top demo discs, but one of its best overall flicks through and through. And if this summer's fantastic 'Guardians of the Galaxy' is any indication, then Marvel is nowhere near done. After all, 'The Age of Ultron' will soon be upon us, and I'll be waiting patiently with my bag of popcorn. 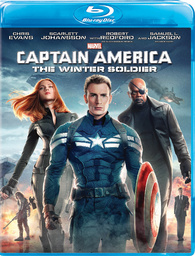 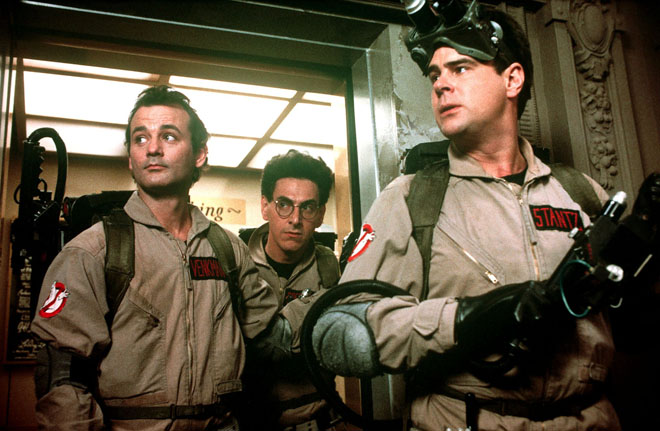 'Ghostbusters 1 & 2 (Digibook, Mastered in 4K)' - "If there's something strange in your neighborhood, who ya gonna call?" Well, if the 80s taught us anything (and I'm not so sure that they did), then the answer is, of course, the Ghostbusters! That is, unless it's an actual emergency. Then the police or fire department are probably a safer bet. But if you've got an unruly spirit that needs catching, then Peter, Ray, Egon, and Winston are your guys. And if you're looking for a funny, imaginative, and infinitely re-watchable movie, then 'Ghostbusters' is definitely the flick for you. And you know what? The sequel ain't half bad either. Yeah, I said it. I have a soft spot in my heart for Vigo and his throne of blood.

Successfully mixing comedy, special effects, and supernatural thrills isn't exactly a simple proposition, but director Ivan Reitman and writers Dan Aykroyd & Harold Ramis make it look easy. The tone is pitch perfect, the dialogue is witty and memorable, and the characters are all great -- giving Bill Murray one of his most iconic roles. Each member of the team brings something different to the table and the actors' comedic sensibilities mesh wonderfully. There's Peter's dry sarcasm in the face of the supernatural, Ray's unbridled enthusiasm, Egon's hilariously dull demeanor and, uh... there's also Winston! And while most will concede that the movie's 1989 sequel is an inferior follow-up, I've always enjoyed the flick. Yeah, the Statue of Liberty scene is a bit much, but there's something about Peter MacNicol's ridiculous accent and all of Vigo's villainous grandstanding that always puts a smile on my face. Also, there's dancing toasters. Who doesn't love dancing toasters?

In celebration of the first film's 30th Anniversary, this handsome digibook package includes both movies along with a solid array of supplements and great looking "Mastered in 4K" transfers. For the true diehard fans, there's also a 'Limited Edition Gift Set' that features a Slimer figurine. Though plans for a proposed third movie seemingly remain in development hell (where they belong along with Gozer and Vigo), the original film still stands tall as a true genre-bending comedy classic full of quotable lines and even a few important life lessons. You see, I was wrong. The 80s did teach us something very, very important.  Don't cross the streams. Ever. That is, except when there's a giant Stay Puft Marshmallow Man terrorizing the city. 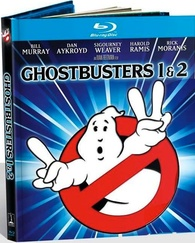 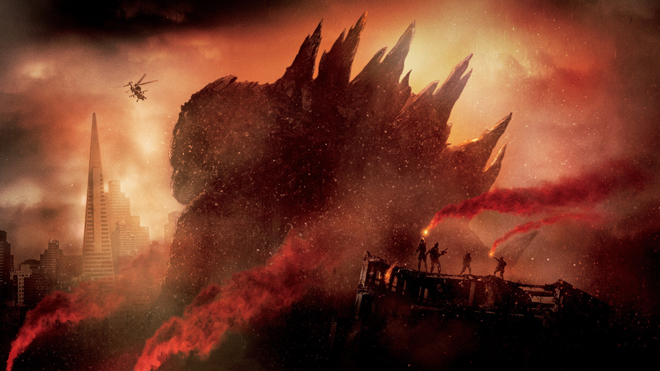 'Godzilla (2014)' - As an unashamed geek, there are very few big-screen sci-fi franchises that I'm not already familiar with. For instance, when the latest Marvel, DC, 'Star Trek,' or 'Star Wars' movies comes out, I go into the films with a built-in emotional investment and a certain level of expectation. You see, I know exactly what I want and expect from a Hollywood version of those characters. I grew up with them, and have some strong opinions about how they should be portrayed. This can lead to some admittedly nitpicky criticisms that get hung up on certain nerdy details -- like why the hell Khan has an English accent, or who the hell thought it was a good idea to sew Deadpool's mouth shut -- but with 'Godzilla,' I have no such pre-conceived notions. No childhood memories. No fervent fanaticism. In fact, I've never actually seen any of the original Toho films. With that in mind, I have very little opinion of what a 'Godzilla' film should be, freeing me up to embrace whatever interpretation the filmmakers have in store here. So, going into Gareth Edward's recent take on the giant monster, I really had only one established criteria: please be better than that stupid 1998 movie. And on that front, the director has easily succeeded… and then some.

While I always admire when writers decide to buck convention and stray from usual genre formulas, certain tropes can be very effective if employed correctly. To this point, 'Godzilla' hits all the right giant monster/disaster movie beats without devolving into a clichéd messed. First up, we get a mysterious scientific discovery that has various experts starring with jaws wide open, spouting out lines like, "But that's impossible!" Next, we get a tragic accident that turns one man into a seemingly crazy voice of reason that no one will listen to. And just when it seems like the guys in power might smarten up and take heed to his warnings… whoops! It's too late and the shit hits the fan, leading to many shots of desperate bystanders fleeing in horror from impending doom. It's not exactly the most original setup, but it works pretty well and the filmmakers do a solid job of establishing worthwhile characters and relatively involving human drama -- which then goes on to keep things emotionally grounded once the giant monsters finally show up. And when the CGI spectacle does kick into full gear, Edwards displays an impressive level of style and visual cohesion, keeping things exciting and interesting without overwhelming the audience with constant cuts, superficial angles, and nearly indecipherable action (cough, Michael Bay, cough). Instead, we get a visceral and atmospheric showdown between colossal prehistoric beasts, shrouded in moody lighting and smoke while still offering a clear view of the chaos.

Yes, the movie isn't perfect. Despite being the title character, Godzilla gets a surprisingly scant (but still very potent) amount of screen time, the first half is on the slow side, and the thematic material dealing with man's hubris against nature doesn't hit as hard as it should -- but for a summer monster spectacle, the flick ends up being entertaining and very well crafted (the HALO skydiving scene is a real highlight). Unlike more devoted 'Godzilla' fans, I have no real frame of reference here, but if this is what we can expect from Gareth Edward's take on the franchise, then I'm definitely looking forward to the next installment. While this disc might not be the "King of the Blu-rays," with a great technical presentation and solid extras, this Blu-ray easily smashes its way into the last spot on September's list. 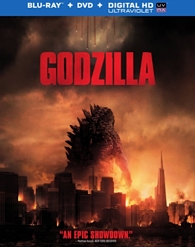 So, there you have it. While there are many titles worth picking up this September, those are our top three must own recommendations. We'll be back next month with three more essential picks, but for now, what do you think of our selection? What are your choices for September's must own titles?