For July, we're covering a psychological sci-fi drama, a supernatural mockumentary, and a terrifying horror flick. Please be aware, that if you haven't already seen them, there are some SPOILERS for the discs listed.

If you can only buy three titles that hit Blu-ray in July, here's what we suggest you pick up, starting with the most essential... 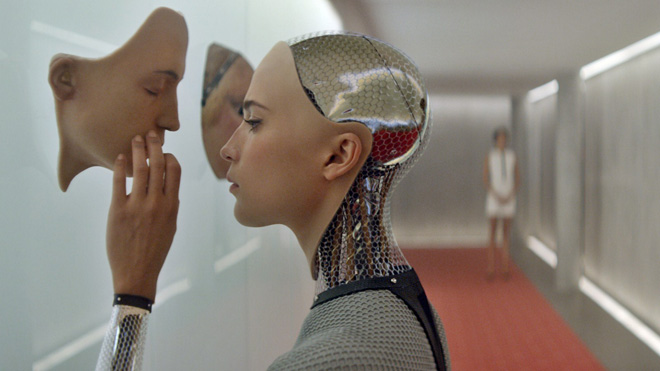 'Ex Machina' -  Empathy. It is perhaps an essential component of any social lifeform; the emotional capacity to look beyond our own mere selves in order to feel for others, to relate to their pain and sadness and even their desires. In Alex Garland's 'Ex Machina,' this fundamental ability proves to be a tool both powerful in its selectivity and devastating in its tragic deficiency. A mind-bending science fiction chamber piece that probes deep into psychological and philosophical ambiguity, the film presents a shifting cinematic experiment where the true test subject is always in doubt.

At the center of the story rests three characters: two men made of flesh and one "woman" forged of circuitry. Their interactions between each other, the manner in which they perceive each other, project upon each other, and manipulate each other will ultimately seal their fates. The ostensible goal? To determine whether this girl made of metal, Ava, is actually alive. At least, that's what we are initially led to believe. But the plot's true intentions are far more complex, weaving a story that asks thought provoking questions about sentience, intelligence, gender roles, exploitation, freedom, and the will to survive. Through Ava's journey we bear witness to a striking view of humanity, simultaneously blurring and illuminating the line between man and machine, and protagonist and antagonist. With themes and implications that are open to numerous potentially contradictory interpretations, the film's simple yet striking conclusion is pure science fiction brilliance.

A modern day spin on the classic 'Frankenstein' narrative, 'Ex Machina' becomes much more than just another tale about artificial intelligence. Fueled by a daring, multi-faceted script, sleek, contemplative visuals, and nuanced performances, the film is heady sci-fi at its best, examining the complex nature of empathy, both in action and in its absence -- from human and android alike. With a great video transfer, worthwhile supplements, and the very first DTS:X immersive audio mix on Blu-ray, this is the definition of a must own disc. And that's a conclusion that needs no further experimentation. 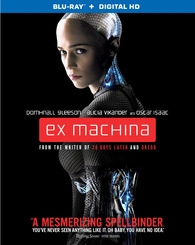 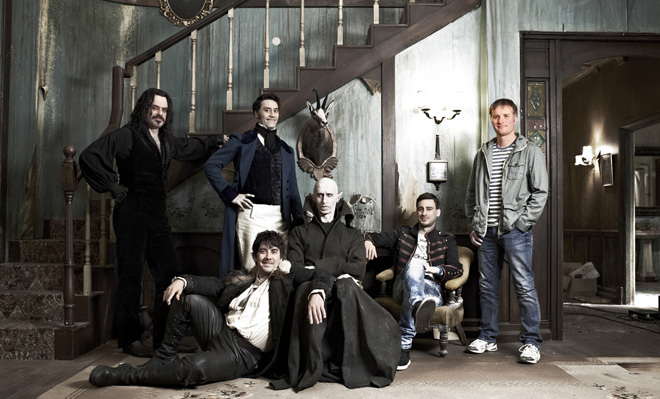 'What We Do in the Shadows' - Have you ever wondered what vampires do during their downtime? You know, in between all their gruesome feedings and nightly prowls for unsuspecting virgins? Well, it turns out that these fearsome creatures of the night actually spend most of their evenings… washing dishes. Brilliantly juxtaposing the supernatural against the hilariously mundane, 'What We Do in the Shadows' peels back the dusty curtain on undead living. Marked by a clever sense of humor and a pitch-perfect mockumentary style, the film manages to milk (or is it suck?) potent laughs out of a potentially over-used topic. Just when I thought I was completely sick of vampire flicks, these Kiwi filmmakers prove that there's still a little blood left in the genre. And it tastes really good.

Using a faux-documentary structure complete with voice overs and talking head interviews, the movie chronicles the episodic everyday misadventures of a group of New Zealand vampires trying to get by in the modern world. Hitting just the right comedic tone, the jokes balance the macabre (these guys do still eat people, after all) with the silly (they also like to stitch scarfs). And despite their sometimes gruesome actions, the central trio remains downright lovable. To this end, the cast, which includes 'Flight of The Conchords' star Jermaine Clement, is absolutely hilarious, and each performer crafts a wonderfully unique take on classic vampire archetypes. Spoofing horror tropes and reality TV clichés, the runtime offers a consistently funny examination of undead culture and docudrama conceits, including a look at the familiar/master relationship, the hardships of a newly transformed vampire, and various obligatory personal confessions, emotional reunions, and petty rivalries. And thankfully, the script also features an overarching plot that helps to keep the individual bits tied together with some solid character developments.

Genuinely inspired, 'What We Do in the Shadows' somehow combines the worn-out mockumentary format with the worn-out vampire genre to create an absolutely hilarious and endearing horror comedy. Packed with fun supplements and a great technical presentation, this Blu-ray from Paramount is easily one of this month's top releases. Thanks to some sharp jokes, great performances, and surprisingly convincing effects work, the film feels fresh -- even if the flick's centuries-old protagonists are starting to rot a little. 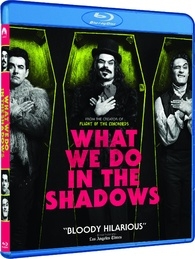 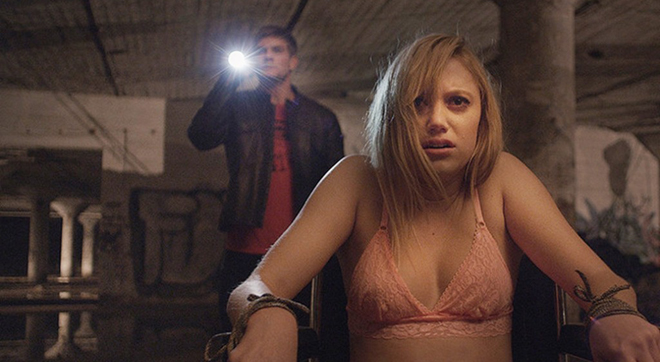 'It Follows' - For supernatural horror to really work, there usually has to be some level of relatability. Something for the audience to connect to that parallels an aspect of our everyday world and its troubles. Some perversion of a genuine fear or anxiety, twisted into something much more powerful and disturbing. Using ambiguous metaphor as its jumping off point, 'It Follows' taps deep into the human psyche, preying upon common teenage worries, primal desires, and fading innocence by distorting the consequences of a single sexual encounter into the beginnings of unending terror. Impeccably shot and expertly paced, this is a genre work of uncommon cinematic craft, using style and subtext to enhance its dread -- a dread that continues to lurk and wander and linger…

Serving as a carefully honed in throwback to 70s and 80s horror thrillers, director David Robert Mitchell creates a delicately retro aesthetic that harkens back to the works of pioneering genre masters like John Carpenter. Everything, from the use of long wide shots and voyeuristic zooms, to the eerie synth heavy music score works together to create a slowly escalating sense of terror that lulls viewers into periodic moments of false calm. By letting the camera roll and the lens use the full extent of the frame, the director is able to constantly keep the audience on their toes, as the film's central villain could literally appear at any moment and from any corner or layer of the screen -- slowly but surely coming closer and closer and closer. Purely on a visceral level, this constant wandering threat becomes undeniably spooky, taking on the guise of unsettling strangers or twisted versions of the characters' loved ones. Though a slowly walking antagonist might sound like a pretty easily escapable danger, the filmmakers manage to use this element to their advantage, elaborating on the paranoia that comes from such a constant threat while revealing how easy it is to actually be trapped without an exit. And the initial cause and potential solution for the curse engenders some rather fascinating questions and metaphors about sex, innocence, responsibility, guilt, shame, and love. Thankfully, the director wisely offers no concrete answers, leaving the movie's deep allegory open to many meanings.

Likewise, even beyond its more complicated subtext, the flick works wonderfully as a straightforward exercise in suspense, filled with characters that we actually grow to care about. Haunting, sensitive, and artistically measured in its form, 'It Follows' puts most recent superficial horror efforts to shame. Though a bit light on supplements, this is an excellent Blu-ray release, making it an essential disc for any fan of cinematic thrills. 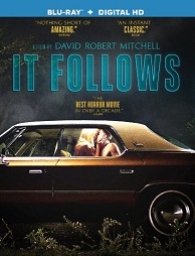 So, there you have it. While there were many titles worth picking up this July, those are our top three must own recommendations. We'll be back next month with three more essential picks, but for now, what do you think of our selection? What are your choices for July's must own titles?