This month, we're covering a science fiction examination of relationships, a quirky deep sea adventure, and a raunchy comedy series' grand finale.  Please be aware, that if you haven't already seen them, there are some major spoilers for the discs listed. 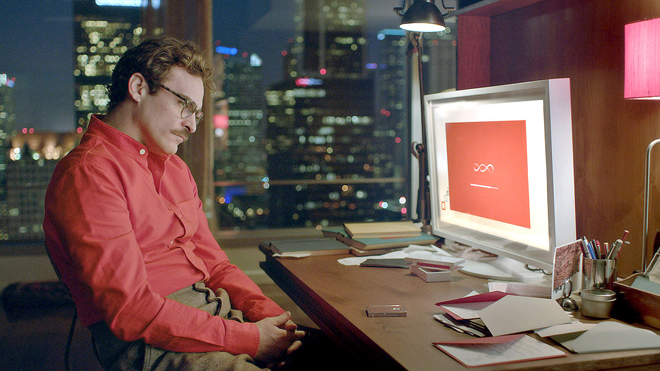 'Her' - Love, passion, trust, attraction, and friendship are all important aspects of any romantic coupling, but the core of a truly impactful relationship usually requires something even more challenging and rare: intimacy. The decision to tear down personal walls, to shred away all baggage and insecurity until you lay naked and bare before your partner -– both physically and emotionally -- can be a daunting prospect. It's just about the most vulnerable and potentially rewarding state a human being can choose to engage in, and it's this fragile and precarious concept that lays at the heart of Spike Jonze's 'Her.' A sensitive, quirky, funny, and deeply insightful examination of interpersonal interaction, companionship, empathy, and personal growth, the movie is one of 2013's most original and understated efforts, using subtle elements of science fiction to probe universally relatable ideas.

Through Theodore's (Joaquin Phoenix) unconventional romance with a computer operating system named Samantha (Scarlett Johansson), writer/director Spike Jonze mixes a high concept premise with a delicately human story. At first merely a disembodied voice that serves as a glorified, high-tech secretary, Samantha is initially little more than a 21st century male fantasy. But as the runtime goes on, this bodiless entity becomes a fully realized character. One with hopes, dreams, fears, and desires all her own, completely separate from her ostensible "owner." As they fall in love, Theodore awakens the full potential of sentient and emotional existence in this artificially intelligent girlfriend, sparking a light toward growth. Likewise, Samantha instills this same impetus toward change in Theodore. Like any flesh and blood relationship, they face numerous obstacles and challenges, forcing them to reevaluate their needs. At first Jonze plays up the inherent difficulties of a man dating a formless voice, but as the runtime goes on, the director wisely changes gears, eventually tackling the difficulties of a formless voice -– capable of an advanced state of consciousness and almost limitless knowledge -– dating a mere human being. And all of these struggles can be viewed as metaphors for any traditional relationship. As the characters grow together, they also can't help but grow apart -– but the lasting impact their relationship has had on each other, will go on to inform the rest of their lives.

At the end of the day, this really isn't a movie about evolving technology. This isn't even really a movie about a man dating an operating system. This is a film about the ebb and flow of relationships. About the emotional and personal growth that love can incite, about the give and take and vulnerability and wonderful joy and self discovery that comes with true intimacy –- stripped away of all unnecessary pretense. Beyond its science fiction leanings, this is simply a film about a man who writes letters for other people… finally learning how to write a letter from himself. And all while wearing the most stylish high-waisted pants to ever hit the silver screen. If that doesn't cement this disc's spot as May's top pick, then I don't know what could. 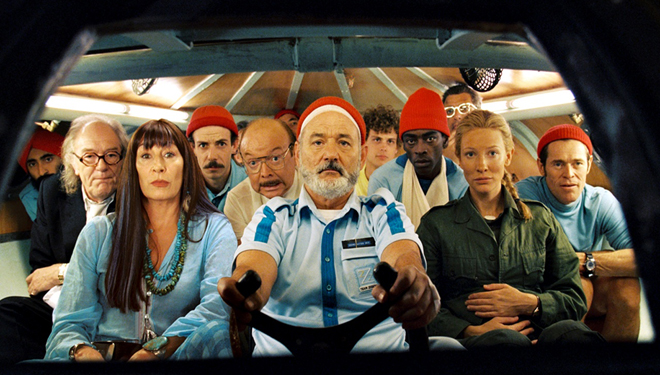 'The Life Aquatic with Steve Zissou' - Since Wes Anderson's debut feature, 'Bottle Rocket,' the director has been gradually building his cinematic style, honing his voice as a visual filmmaker and writer while slowly leaving the restrictions of reality behind for something much more imaginative and freeing. With 'The Royal Tenenbaums,' the director made his first big step toward creating a silver screen world of his own, and with his 2004 follow-up feature, 'The Life Aquatic with Steve Zissou,' Anderson continues to shape his own universe of quirky humor and vibrant images, evolving his whimsical aesthetic into something wholly unique.

As we embark on famed oceanographer Steve Zissou's (Billy Murray) mission to kill the deadly Jaguar shark, the director immediately establishes a singular stylistic tone marked by quirky characters, dry humor, and sumptuous visual flare. All of Anderson's developing trademarks are present throughout the runtime, including a penchant for frequent camera movements that littler the screen with pans, tilts, tracks, and zooms, and a propensity toward slow motion shots set to British rock classics. Likewise, the director goes out of his way to separate the film's colorful world from our own, using idiosyncratic set designs and wardrobe choices, along with a playful use of stop motion animation for the movie's sea creatures to engender a faintly cartoon sense of reality. But all of these formalistic touches never take away from the underlying emotion and deeper themes that are layered throughout the humorous adventure. Indeed, beneath its flashy veneer and silly antics, lies the kind of bittersweet poignancy that defines all of Anderson's work, creating an occasionally tragic story about revenge, fathers and sons, and the startling beauty of life. Add in an incredible ensemble led by Bill Murray's effortless mixture of deadpan humor and sad-eyed pathos, and a surprisingly hilarious Willem Dafoe in one of his greatest roles –- and the movie becomes a funny and heartfelt explosion of style with all of the necessary substance to back up its twee sense of whimsy.

While I've always admired the film, along with the director's subsequent effort 'The Darjeeling Limited,' I find myself enjoying the movie more and more with time. Now ten years since its original release, I've come to form a new appreciation for Anderson's approach, and though it still isn't in my top three of his work, it's certainly a strong member of his growing filmography. This Blu-ray release from Criterion features an exceptional technical presentation and a 5-star collection of supplements that are sure to more than please any fan. Underappreciated and underrated during its initial release, this is a title that deserves to be reevaluated and rediscovered, making it a perfect fit for the second slot in May's must own list. 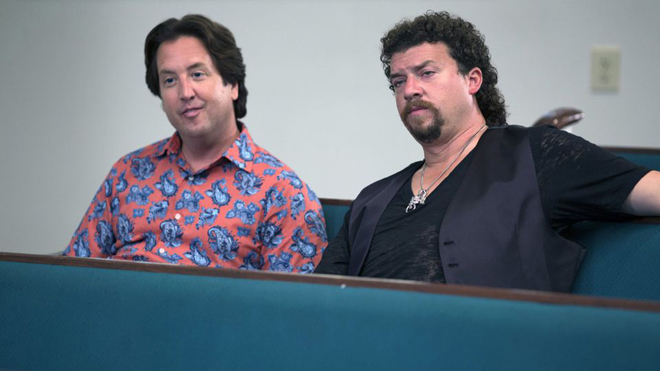 'Eastbound & Down: The Complete Fourth Season' - With the fourth season of their irreverent cult comedy show, 'Eastbound & Down,' creators Jody Hill and Danny McBride were given a very unique opportunity. They were charged with the task of writing a series finale… for the second time. You see, the show's previous third season was already supposed to be its last outing, but after HBO expressed interest for more episodes, another unplanned season was commissioned. Now given the chance to reevaluate Kenny Powers' previous swansong, the writers take things up a notch, giving the loud, belligerent, and utterly hilarious anti-hero a conclusion truly befitting of his exaggerated ego and badass fashion sense.

Defined by a season long arc that sees the now average family man potentially return to his previously selfish and outrageous ways, the show finally gives a full sense of closure to the Kenny Powers character. Can the man still be his irreverent self without losing sight of the things that matter most in life? The question leads to a surprisingly effective and emotional story –- one that ranks among the show's very best storylines. Of course, this is 'Eastbound & Down' we're talking about here, so all of this emotional discovery is buried very deep within a relentlessly raunchy series of jokes and outrageous set pieces that skirt into some occasionally dark territory. Still, the hilarious comedy always remains potent, and even after four years McBride still manages to milk every ridiculous line that comes out of Kenny's mouth. And then there's the actual finale itself, which features an appropriately bizarre peek into Kenny's possible future (or most likely just his insane screenplay version of his future), complete with a tragic murder, drug addiction, drug rehabilitation, and a spiritual trek to Africa… on hover bikes. Now that's how you end a show!

While this last spot is technically dedicated to the show's fourth season, for all intents and purposes this is really a cumulative slot for the entire show as a whole. The series' vulgar sense of humor definitely isn't for everybody, but those who enjoy raunchy comedy and (almost) irredeemable anti-heroes should start with season one, and then make their way through season two, season three, and season four. As a character, Kenny Powers is unlike any other protagonist on TV, and his arrogant antics and powerful mullet will be sorely missed. That is, until HBO decides to commission a surprise fifth season. I wonder what the writers will come up with for the next series finale. Third time is the charm, right?

So, there you have it. While there are many titles worth picking up this May, those are our top three must own recommendations. We'll be back next month with three more essential picks, but for now, what do you think of our selection? What are your choices for May's must own titles?