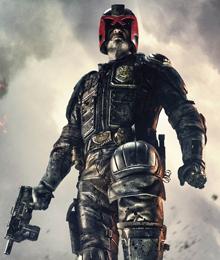 Every month, dozens of Blu-rays hit shelves, littering stores with high-def temptation. New releases, catalog titles, complete TV seasons, and elaborate box-sets all vie for affection. With so many worthy releases targeting our wallets, choosing which discs to spend our hard earned cash on can be rather tricky. To make things a little easier, we here at High-Def Digest thought it might be helpful to bring you our top three must own recommendations for the month.

Last month we spotlighted an underwater animated adventure, a blockbuster trilogy's grand conclusion, and an eccentric sci-fi satire. If you haven't already, be sure to check out the Essential Picks for November and December.

With the holidays behind us, January has been a comparatively quiet month for major releases, but there have still been a few worthy gems released in the past few weeks, including a gritty cop drama, a Woody Allen classic, and an action-packed sci-fi reboot. If you can only buy three titles that hit Blu-ray in January, here's what we suggest you pick up, starting with the most essential...


'End of Watch' - Despite the positive critical reaction, I was a little hesitant about filmmaker David Ayer's latest cop drama. I'm a fan of 'Training Day,' but Ayer's directorial debut, 'Harsh Times,' was very problematic, and his follow-up, 'Street Kings,' just plain sucked. Thankfully, 'End of Watch' plays toward all of the writer/director's strengths without falling victim to his previous movies' lofty flaws. A fly-on-the-wall action flick filled with strong characterizations and a surprising amount of heart, the film is both viscerally engaging and emotionally resonant, fulfilling the promise that was only hinted at in the director's earlier work.

Through the story of two L.A. cops who become the targets of a dangerous Mexican cartel, Ayer weaves a potent narrative about brotherhood and sacrifice. Admittedly, the shaky-cam, documentary aesthetic is a little off putting at first, but the filmmaker does a good job of blending this style into the story, gradually making it feel organic without becoming forced or overdone. Instead, what starts out as a minor annoyance actually ends up giving the film an appropriate sense of stark reality, lending the images a raw, unpredictable feel. Likewise, the characters' crass, expletive filled dialogue carries a certain authenticity (and leads to some of the most irritating villains I've ever come across). While there are some embellishments in the heart-stopping action sequences, the director's stripped-down style always keeps the movie grounded, and the violence is brutal, unflinching, and occasionally disturbing without growing too sensationalized.

Beyond the gritty shootouts and beat-downs, this is really a film about friendship, and Jake Gyllenhaal and Michael Pena share wonderful on-screen chemistry. Their unwavering bond is effortlessly conveyed throughout the runtime by both performers, and the pair's relationship proves to be truly affecting. Through their day to day actions as police officers, the director offers a simple portrait of two heroes -- but not of the invincible, square-jawed variety. On the contrary, these are flawed individuals. They make mistakes, they break the rules, they have emotional meltdowns, they curse like sailors, and though they seem tough, they wear their hearts on their sleeves. At the end of the day, the officers always have each other's backs, and when push comes to shove, they step up to the plate to protect the innocent -- even if that means risking their lives. The film's intentional style doesn’t lead to a traditionally impressive technical presentation, but this is an authentic Blu-ray through and through. Fueled by gritty action and heartfelt drama, 'End of Watch' takes the top spot on January's Essential Picks.


'Sleeper' - This month actually sees the release of two classic Woody Allen titles, and together they offer an entertaining contrast. One the one hand, there's Allen's dystopian, slap-stick farce 'Sleeper.' On the other, there's the director's insightful dramedy 'Hannah and Her Sisters.' While I've given the slight edge to Allen's silly sci-fi parody, for all intents and purposes both titles are essentially tied for this spot on the list.

Filled with loving nods to classic science fiction tropes and slap-stick conventions, 'Sleeper' is home to a delightfully goofy charm that places Allen's anxious on-screen alter-ego in an inept totalitarian future. Silly fish-out-of water antics, witty quips, and a few biting bits of satire abound, as Allen's character ends up joining a revolution against the dystopian society's not so oppressive rulers. While the comedy is layered with the writer/director's trademark penchant for neurotic observations, it's the film's frequent bits of physical humor that really end up leaving the most lasting impression. Inspired by the likes of Buster Keaton and the Marx Brothers, Allen's comedic timing is impeccable, and his attempt to disguise himself as a robotic butler is absolutely priceless. A prime example of the director's earlier, sillier period of moviemaking, 'Sleeper' just might be, as reviewer Daniel Hirshleifer states, "Allen's purest comedy film."

One of the director's biggest box office successes, 'Hannah and Her Sisters' offers a much more subtle and at times dramatic experience, but maintains a sweet and ultimately endearing quality. As I mentioned in my full review, Allen's Academy Award winning script is filled with understated insights about family, happiness, and the meaning of life itself. It's not as laugh-out-loud funny as some of the filmmaker's other efforts, but the clever comedy is very potent in sporadic bits (Allen's horrified facial expression during a rock concert just might be the movie's funniest gag). Important epiphanies and smaller moments -- like a rather poignant scene between Hannah and her parents -- are all given equal weight, and the episodic story is tied nicely together through unifying themes. Together, both films serve as great examples of different phases in the celebrated write/director's beloved filmography. 'Sleeper' might take the lead by a very narrow margin, but really, you can't go wrong with either one. Though disappointingly (but expectedly) barebones, both discs are given authentic yet modest technical presentations, and both Blu-ray releases are worthy of a place in this month's list of must-own titles.


'Dredd' - To be perfectly honest, I was actually a little disappointed by this comic book reboot. Perhaps my expectations were simply too high, but I ended up coming away a tad underwhelmed. With that said, the general consensus seems to be pretty positive on this one, and there's no denying that 'Dredd' is a kick-ass action flick. A far cry from the terrible 90s adaptation starring Sylvester Stallone, this new, much more faithful take on the long-running British comic is an exciting and bloody exercise in blazing bullets.

Eschewing traditional plotting and characterizations, director Pete Travis and writer Alex Garland opt for a much more visceral approach, thrusting the protagonist and audience into a tense thrill ride. With just the bare minimum of back-story and motivation, we hit the ground running, finding our law enforcement hero and a new recruit trapped in a building overrun by a vicious drug-addled gang. It's a very thin premise, but it offers a strong set-up for some intense action, and what the film lacks in story, it more than makes up for in pure adrenaline fueled mayhem. Karl Urban turns in an appropriately stoic and grizzly performance as the faceless title character (unlike the Stallone version, he never takes off his helmet), and Olivia Thirlby is very effective as the inexperienced rookie who gets thrown into the deep end (to say the least). Lena Heady also turns in a notable performance as the villainous Ma-Ma, and makes for a thoroughly repellent antagonist.

Visually, this is an overtly stylized and grimy experience, with heavy color correcting used to embellish the low budget, intentionally noisy and digital look. It's not a totally appealing aesthetic, but it fits right at home with the grungy, ugly tone of the story and action (though, I did find the CG blood effects to be oddly disconnected and distracting). It should be noted that I was unfortunately only able to view the film in 2D, and this was one of the first times that I actually felt like I was missing out on a significant portion of the overall experience. One really gets a sense that the cinematography and slow motion sequences were specifically designed for 3D, and I have a hunch that my overall reaction to the film would have been much more enthusiastic if I had been able to see it that way. While I would have liked a bit more character development and a little more meat to the plot ('End of Watch' does a much better job of mixing visceral action with actual emotional investment), 'Dredd' is still an entertaining and engaging example of sci-fi entertainment. If nothing else, it totally eviscerates the bad taste left by its ill-conceived predecessor. I wasn't exactly blown away by it, but the disc still edges its way into January's Essential Picks.

So, there you have it. While there are many titles worth picking up this January, those are our top three must own recommendations. We'll be back next month with three more essential picks, but for now, what do you think of our selections? What are your choices for January's must own titles?