'Goodfellas: 25th Anniversary Edition' - It's always disappointing when truly must own flicks get subpar Blu-ray releases. Like any self-respecting film fan and home theater enthusiast, this kind of dilemma usually causes me great inner turmoil. On the one hand, I can't help but want to buy the release just to own the damn movie, but on the other hand, I also don't want to support studios when they pump out mediocre discs -- and then there's always the chance that a superior double dip will eventually be released. This is the kind of tricky predicament I've been in for several years when it comes to Martin Scorsese's gangster masterpiece, 'Goodfellas.' After resisting low prices, useless repackages, and even a few cool multi-film sets, my long wait has at last proved fruitful. For its 25th Anniversary, Warner Bros. has finally released the film with the high quality HD treatment it deserves, allowing me to buy the disc without any pesky quandaries.

Through the story of Henry Hill (Ray Liotta), Scorsese reveals the highs and lows of gangster life, using satire, action, drama, and striking violence to create one of the most entertaining and cinematically potent crime stories ever made. Endlessly quotable (and profane) lines, iconic sequences, and impressive camera work abound, using Hill's voice-over narration to carry us through his rise up the ranks and eventual paranoid decline, turning a bunch of murderous crooks into a surprisingly charismatic group of protagonists. Indeed, Scorsese manages to emphasize the allure of the mafia life without ever losing sight of just how horrible these people really are, mixing in dark humor to create a unique blend of tones that is surprisingly funny. But not funny like a clown, of course! Just funny, you know?

Thanks to Warner Brothers, 'Goodfellas' is finally available in the must own Blu-ray release that it should have been from the start. With this 25th Anniversary edition, I no longer have to keep an empty space on my shelf in hopeful anticipation for a better option. No longer content to just be a "schnook" or an "average nobody" on the Blu-ray market, the re-mastered video and lossless audio turn this disc into the bona fide wise guy it deserves to be. So go ahead and whack your old copy and pull the trigger on this double dip! 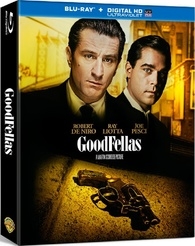 'Selma' - When we are pushed, our first inclination is always to push back. It's a natural impulse, after all. One tied directly to our own primal survival instinct -- but that doesn't mean that it's the only option. And that doesn't mean that it's the right option. It takes far more strength to resist the urge to violence than it does to throw a punch. And aggression will simply beget more aggression unless someone finally decides to stop the cycle. To unclench their fist in order to find another path. In 1965, that path happened to lead toward Montgomery, Alabama, and the journey its followers took helped to change the very soul of our nation. In 'Selma,' director Ava DuVernay places her audience on a march toward justice -- a march led by a man armed only with his voice and his conscience.

When it comes to real life historical figures, few men are as universally revered as Dr. Martin Luther King, Jr. (David Oyelowo). While this deep admiration could potentially lead to an unrealistically idolized portrayal onscreen, Duvernay and Oyelowo manage to keep their protagonist mostly grounded -- instilling complex humanity into the character. Through intimate moments with his family and inner circle of supporters, we see the man during times of heavy doubt, frustration, and exhaustion, revealing instances when the seemingly steadfast leader is forced to question his decisions. Likewise, we also get to bear witness to fleeting moments of levity and even hints of much deeper flaws. Throughout it all, Oyelowo brings a commanding yet irrevocably warm presence to the role, mixing endless compassion with unrelenting determination. Watching Dr. King's strategy play out as the runtime goes on proves to be very engaging, and the director constructs several devastating sequences that reveal the horrors of hatred, slowly building our own natural bloodlust for revenge. And yet… this is not a tale of physical retribution. Instead, it is a story about non-violent protest -- a weapon of an entirely different kind.

It is only natural to retaliate when we are attacked, but sometimes one can fight back without ever lifting a hand -- as long as the right man is leading the way. Gripping and inspiring, 'Selma' honors its central figure without ever losing sight of the humanity that fueled both his greatest strengths and flaws. With the movie's intentional style intact, this Blu-ray release from Paramount offers a strong technical presentation and several worthwhile supplements. Brimming with passion from all sides of the camera, the movie remains one of 2014's most powerful films, celebrating the lasting change of one man's dream while reminding us just how far we still have left to march. 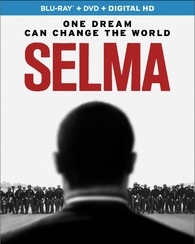 'American Sniper' - Unlike the previous film on this list, Clint Eastwood's stirring 'American Sniper' takes a decidedly different approach when it comes to the concept of violence -- exposing its necessity in the face of war. But far more than just a guns blazing depiction of combat, the director carefully examines the lofty cost that comes from enduring the horrors of bloodshed, creating a harrowing and insightful character study.  Based on the experiences of Chris Kyle (Bradley Cooper), the film steps behind the cross-hairs of one of our country's most deadly snipers, revealing the inner struggles and steadfast sense of duty that fueled his life.

In many ways, the movie can be seen as a companion piece of sorts to Kathryn Bigelow's 2009 Best Picture Winner, 'The Hurt Locker.' To this point, both films depict soldiers seemingly addicted to the experience of war, but for two very different reasons.  In 'The Hurt Locker,' the protagonist appears to develop a dependence on the inherent danger and adrenaline rush of combat. But in 'American Sniper,' Kyle becomes addicted to the battlefield mostly due to a growing sense of responsibility to his fellow soldiers. His inability to readjust to civilian life is not only powered by the trauma of his experiences, but also by a nagging sense of guilt that he is no longer out there defending his unit and his country. He possesses a skill behind a gun that few can match, and if he's not utilizing his abilities, he feels like he's betraying his brothers. At home in the normalcy of family life he now feels out of place and inadequate, but behind his scope he has a clear sense of purpose and the ability to achieve his objective. Cooper realizes this intensifying dichotomy with nuance and sensitivity, creating a heroic but damaged character while turning in the best performance of his career. Though the actor has done some very strong work in recent years, this is the first time that it truly feels as if he disappears into a role, completely transforming his mannerisms and physical appearance. Behind the camera, Clint Eastwood also does a commendable job of balancing intense action with more delicate emotional beats, resulting in a harrowing and compelling experience on and off the battlefield.

Suspenseful and psychologically deep, 'American Sniper' becomes a slightly atypical anti-war film, presenting a protagonist who embraces his position in the combat zone while still wearing the heavy internal scars of his experiences. Impeccably crafted and marked by a powerful performance from its lead actor, the movie serves as a tribute to its real life inspiration -- and despite any potential controversies related to the accuracy of that depiction, judged on its own merits, this remains an absorbing and thoughtful piece of cinema. Factor in a 5-star video presentation and a 5-star Dolby Atmos soundtrack, and this disc easily earns the final spot on May's essential list. 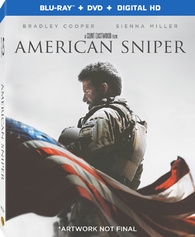 So, there you have it. While there were many titles worth picking up this May, those are our top three must own recommendations. We'll be back next month with three more essential picks, but for now, what do you think of our selection? What are your choices for May's must own titles?