For November, we're covering an emotional animated adventure, a masterpiece of Japanese cinema, and a promising TV spinoff.   Please be aware, that if you haven't already seen them, there are some MAJOR SPOILERS for the discs listed.

If you can only buy three titles that hit Blu-ray in November, here's what we suggest you pick up, starting with the most essential... 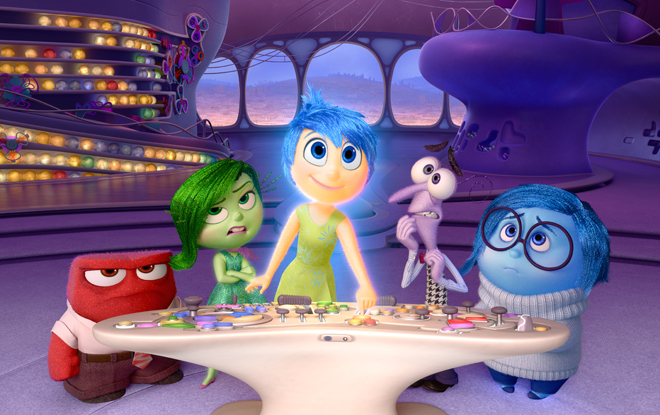 'Inside Out' - In the opening scene of Pixar's 'Inside Out,' first, there is Joy.  And then, almost immediately, there is Sadness. Literally. It's a rather simple yet telling sequence of events -- one that could even serve as a kind of self-reflective mission statement for the studio's entire storytelling philosophy. As a company who has often made a living out of the animated balancing act between both sentiments, Pixar knows that you simply can't have one without the other. Examining this dueling dichotomy in full force, the film reveals exactly why. In other words, this just might be the most quintessentially "Pixar" movie Pixar has ever made, eliciting smiles and tears in such equal measure that the line between both becomes forever blurred -- turning audience members young and old into a blubbering mess of anthropomorphic emotions.

What makes us who we are? Well, if Pixar is to be believed, it's a bickering group of sentient feelings that live inside our heads. Sounds pretty plausible to me. With Joy (Amy Poehler) at the helm, the story follows these emotions while they struggle to find balance within the tumultuous mind of an 11-year old girl. As Riley goes through typical growing pains, these external conflicts become a harrowing internal adventure that forces Joy and Sadness (Phyllis Smith) to work together. Through the filmmakers' high-flying allegory, the trauma of moving to a new city with a new school becomes a family friendly disaster flick, turning pain and embarrassment into potentially world-ending threats. Brimming with the studio's trademark sense of personality, gorgeous animation, and unassuming depth, the runtime offers amusing thrills, clever jokes, and insightful observations that ring so true... that it hurts. But, you know, in a good way.

Notorious for their tear-jerking scripts and bittersweet storytelling, with 'Inside Out,' Pixar almost seems to be directly addressing their detractors, proudly and expertly demonstrating the necessity and constructive realities of sadness -- both as a component of life and as a component of a family film. But far from a depressing downer, this must own movie ends up blending the full spectrum of human emotions, becoming an exuberant celebration of life, family, and every little moment that defines who we are -- whether they be happy or sad or angry or scary or disgusting or everything and anything in between. 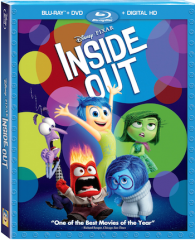 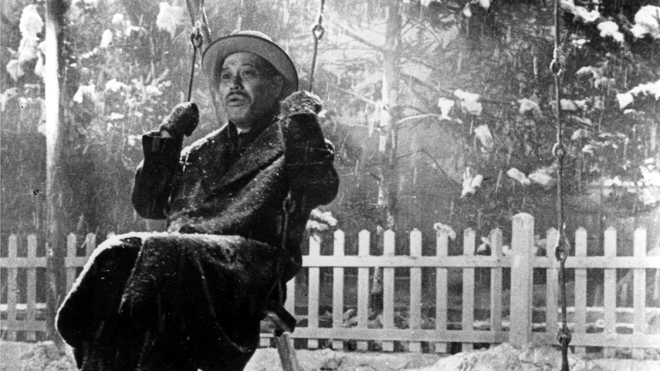 'Ikiru' - Good old fashioned talent is a key component for any successful director, but to create a truly stirring work of art, a filmmaker needs one more essential ingredient: Passion. Fueled by a genuine love for the craft of moviemaking, Akira Kurosawa had that trait in spades, infusing every frame of his many classic films with a palpable affection for cinema. And that infectious reverence is perhaps no better evident than in his achingly powerful 1952 masterpiece, 'Ikiru.' Through its humanistic tale of a dying man searching for meaning in his existence, the film's moving insights and intricate form reveal a director who has clearly already found his own purpose in life through the shifting lens of a camera.

And with that lens, Kurosawa captures a uniquely structured examination of life and death. One that rather boldly defies typical narrative shape to offer an unconventional perspective. A perspective that requires the film's protagonist to die halfway through the runtime. In a nearly unprecedented choice, the last act of the movie relies on the story's supporting players to suss out the details of Watanabe's last days, gradually revealing the man's final actions through brief flashbacks and evolving revelations. And while reducing the main character's screentime to little more than a few cameos in the climax of his own story could have been disastrous, his limited appearances end up making the film's conclusion even more powerful, showing us exactly all we need to see and not a frame more -- culminating in one of the medium's most unassumingly breathtaking and utterly devastating shots.

Even taken out of context, the image of an old man singing on a swing in the snow has an inherently wistful quality -- but placed within the expertly built groundwork that Kurosawa deftly constructs, that moment becomes pure cinema. Pure, inspiring, bittersweet, tear-inducing cinema. With a respectable technical presentation and an insightful collection of supplements, this disc from Criterion belongs on every classic film fan's shelf right along with 'Rashomon,' and 'High and Low,' and ' Seven Samurai,' and 'Throne of Blood,' and 'Ran,' and 'Yojimbo/Sanjuro' and, well, I think you get the point. 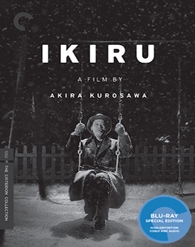 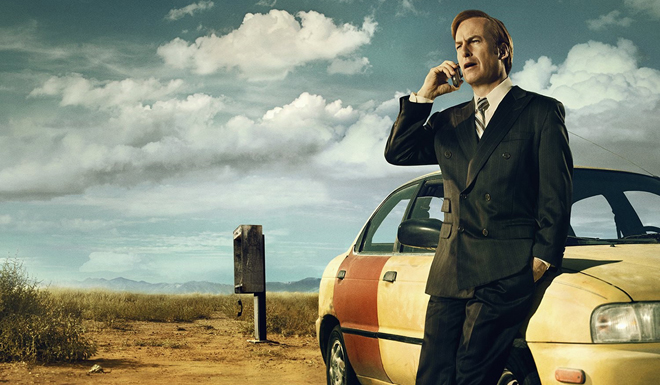 'Better Call Saul: The Complete First Season' - In the landscape of television, there are few prospects more exciting or nerve-wrecking than the emergence of a spin-off series to a beloved show. After all, creating one hit series is hard enough on its own, and attempting to capture that same lightning in a bottle for a second time is almost a fool's errand -- especially when that series has to measure up to something as critically lauded as 'Breaking Bad.' At its best, a spin-off can illuminate unexplored avenues of its parent show, finding an entirely new voice that enriches and expands upon the world already established. And at its worst, a spin-off can become nothing more than a forgettable rehash or even a regrettable mistake that only serves to tarnish what came before. Thankfully and rather miraculously, 'Better Call Saul' not only avoids becoming a rehash or a mistake, but it also genuinely comes close to reaching the same brilliance as its older small-screen sibling.

On 'Breaking Bad,' slippery lawyer Saul Goodman (Bob Odenkirk) was mostly a source of comic relief from the show's otherwise intense material (you know, with all the meth dealing and door knocking). But as the series progressed, the filmmakers started to hint at deeper layers hidden beneath his shady exterior, creating an increasingly nuanced character. Despite this developing depth, I must admit, I had my doubts that the man could sustain a solo show of his own -- but by the time the first episode came to an end, these reasonable doubts were fully assuaged by Jimmy McGill's fast-talking closing arguments. Serving as a prequel, the show is charged with revealing how the down-on-his-luck Jimmy becomes the Saul Goodman we all know and love (more or less). And to do so, we get an intimate peek into the man he was before, creating an intricate character study that capitalizes on the potential first laid out in 'Breaking Bad' -- fleshing out McGill from a supporting player into a fully formed protagonist that is far more than just a sleazy lawyer. In fact, he's downright sympathetic. Likewise, the show also does an excellent job of creating an equally engaging supporting cast of new characters, including a fantastic turn from Michael McKean as Jimmy's older brother Chuck. And returning 'Bad' favorite, Mike Ehrmantraut (Johnathan Banks), is utilized perfectly, slowly but surely integrating the badass former cop into the larger narrative.

While 'Breaking Bad' told the story of a mild-mannered man who becomes a criminal mastermind, 'Better Call Saul' is embarking on its own examination of an evolving (or devolving) protagonist -- weaving the tragicomic tale of a well-meaning but terribly unlucky and mistreated man who decides to stop playing by the rules. Engaging and surprisingly affecting, this first act in Saul Goodman's origin story is full of wit, suspense, and heartbreaking pathos. Walter White's shoes are not exactly easy to fill, but so far Gilligan, Odenkirk, and company seem to be breaking them in just fine. 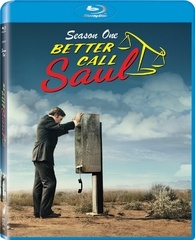 So, there you have it. While there were many titles worth picking up this November, those are our top three must own recommendations. We'll be back next month with three more essential picks, but for now, what do you think of our selection? What are your choices for November's must own titles?