After a couple years of debating whether I needed to add more bass to my home theater system, I finally decided to go ahead and do it. It’s not that I felt my previous setup was lacking in that department; I simply wanted more, which is an unfortunate (or fortunate) effect this hobby has. Before the new addition, I was good down to around 10-12 Hz, which is quite low, although I really only reached around 95 dB in that range.

The change was mostly due to an overwhelming desire to upgrade the home theater, facetiously known as “upgraditis.” I also wanted to increase the above decibel range anywhere upwards of 120 dB. That’s enough to really shake the couch and rattle the walls with intensity, to create a genuine sense of realism during action-packed movie sequences. The added benefit of making that ultra-low bass louder is being able to feel content in the 5-7 Hz range, which can surprisingly be found on many Blu-ray titles. It’s just another step closer to bringing the cinema experience home.

The easiest option to accomplish this would of course be to buy a new subwoofer to pair with my existing HSU VTF-15H. The upgrade bug hit me hard when HSU Research released its newest model, the VTF-15H MK2. From the looks of the charts, it theoretically would have provided the decibels I was craving. Alternatively, there was Power Sound Audio, from the same team that created the awesome SVS subs, with the XS30se and the S3000i. Finally, I gave a lot of consideration to Rythmik Audio’s highly-rated FV15HP Servo beauty. Their prices are admittedly higher ($899 for the HSU, $1339 for the Rythmik and upwards of $1500 for PSA), but people shower their products with endless praise, making any of them a very tempting option.

However, after further research and reading various threads at AVS Forum, I was reminded that I could gain more bass for significantly less money by going the D-I-Y route. I always knew this to be true, especially coming from the experience of building a 12″ sub about three years ago, but the big drawbacks are the time and tools required. Then again, a major plus is the satisfaction and pride of telling guests that I built the subwoofer myself, and that it works! That final tidbit is ultimately the real clincher that sealed the deal on my decision. 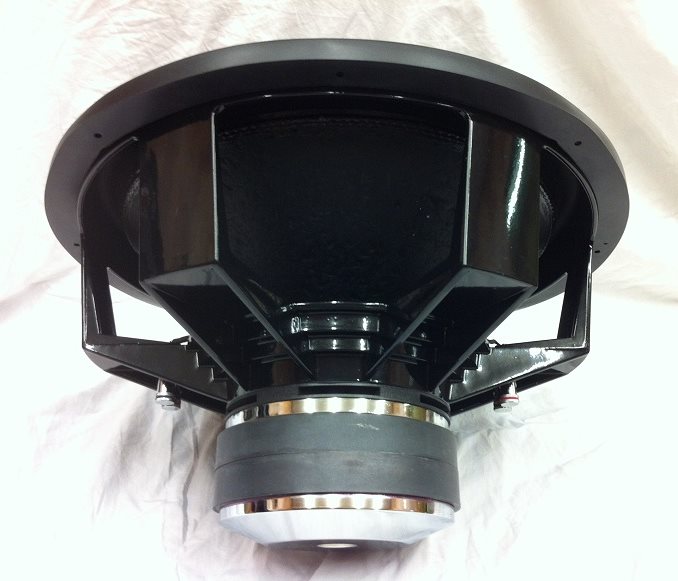 At first, I thought I’d be content with a single 18″ subwoofer, which would cost less than half of those mentioned above. As it turns out, for about or around the same price as the VTF-15H MK2 shipped, I could build a pair of my own. I purchased two of these massive bad-boys from Stereo Integrity at $174 each and a pair of sub-kits from DIY Sound Group. The latter sells precut 4-cubic-feet boxes for $120 each that are relatively easily to assemble. To power them, I purchased a Behringer Europower EP4000 priced at $329, which would be connected to my Denon AVR-X5200W via a pair XLR-to-RCA cables ($13.50), with two speakon cables ($36.16) going to the subs. These final components were all purchased from Amazon with free shipping – an excellent bonus!

I still had to purchase a few smaller items in order to finish my new toys. I’ll talk more about those next time. As it stands, the grand total came out to $1,068.29, including shipping costs. Compared to the 15″ subwoofers from HSU and PSA, owning two DIY 18″ monsters is an incredible bargain. However, like I mentioned above, the downside to the project is the week or so of work having to construct them. But for those passionate about this hobby, the work is well worth the time and effort. It brings the satisfaction of knowing that I built an awesome addition to my home theater guaranteed to bring a smile to my face.

Next up will be a look at the build and pictures to show off my progress.