SteelBook collectors take a risk every time they blind preorder an upcoming title before the finalized cover art is revealed. Sometimes it pays off with an attractive metal case. Not always, unfortunately.

Of course, the risk isn’t really too serious so long as you can still cancel the order and save your money before release date. Nevertheless, it’s disheartening to learn that a SteelBook you were looking forward to will look something like this first travesty. 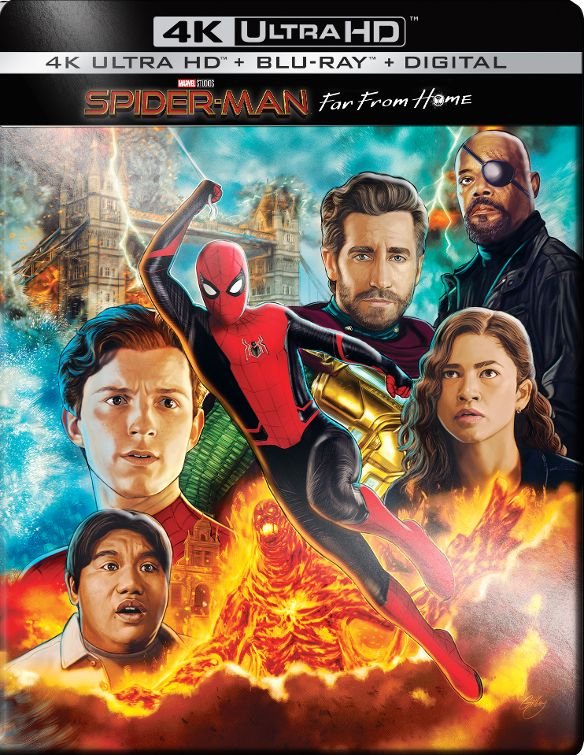 I haven’t especially been a fan of SteelBook cases with comic book art, but this can’t even rightly be called that. I don’t know what it is. It looks sort of like the terrible case art on a bad Super Nintendo-era video game. Did someone drag the guy who designed this out of retirement? 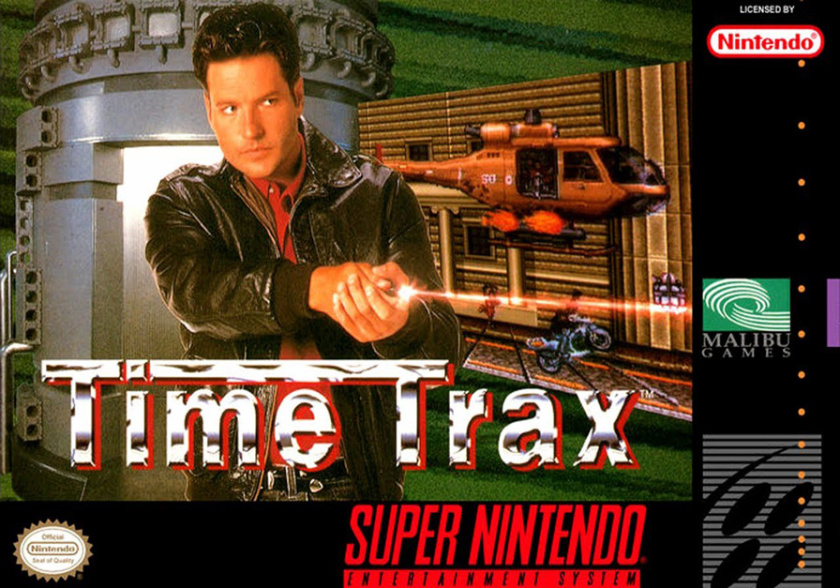 The back cover’s even worse. A Czech site called Film Arena has an image of the whole case.

For what it’s worth, the Czech listing claims to be a fully-stacked release with a 3D copy of the movie in addition to regular Blu-ray and Ultra HD. However, I know nothing about this retailer and can’t vouch for its reliability. Even if I could, this is what you’d get: 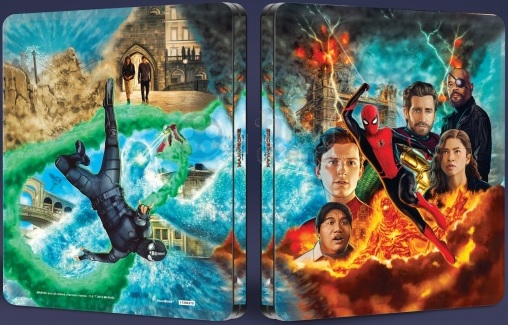 The most frustrating part of this for me personally is that I’d initially put in an order for the Zavvi SteelBook edition, which still only shows temp art, but canceled when Best Buy put up a listing. It’s unclear whether Zavvi will wind up with the same abomination or will get its own unique art. (Based on prior Marvel SteelBooks, it could go either way.) That’s sold out now anyway, so I guess I’m stuck with Best Buy or nothing.

I may prefer nothing, to be honest.

I’ve just discovered an alternate SteelBook available in Italy with artwork in a more traditional comic book style. Unfortunately, I’m not sure whether this can really be called “better.” I don’t like it much either. 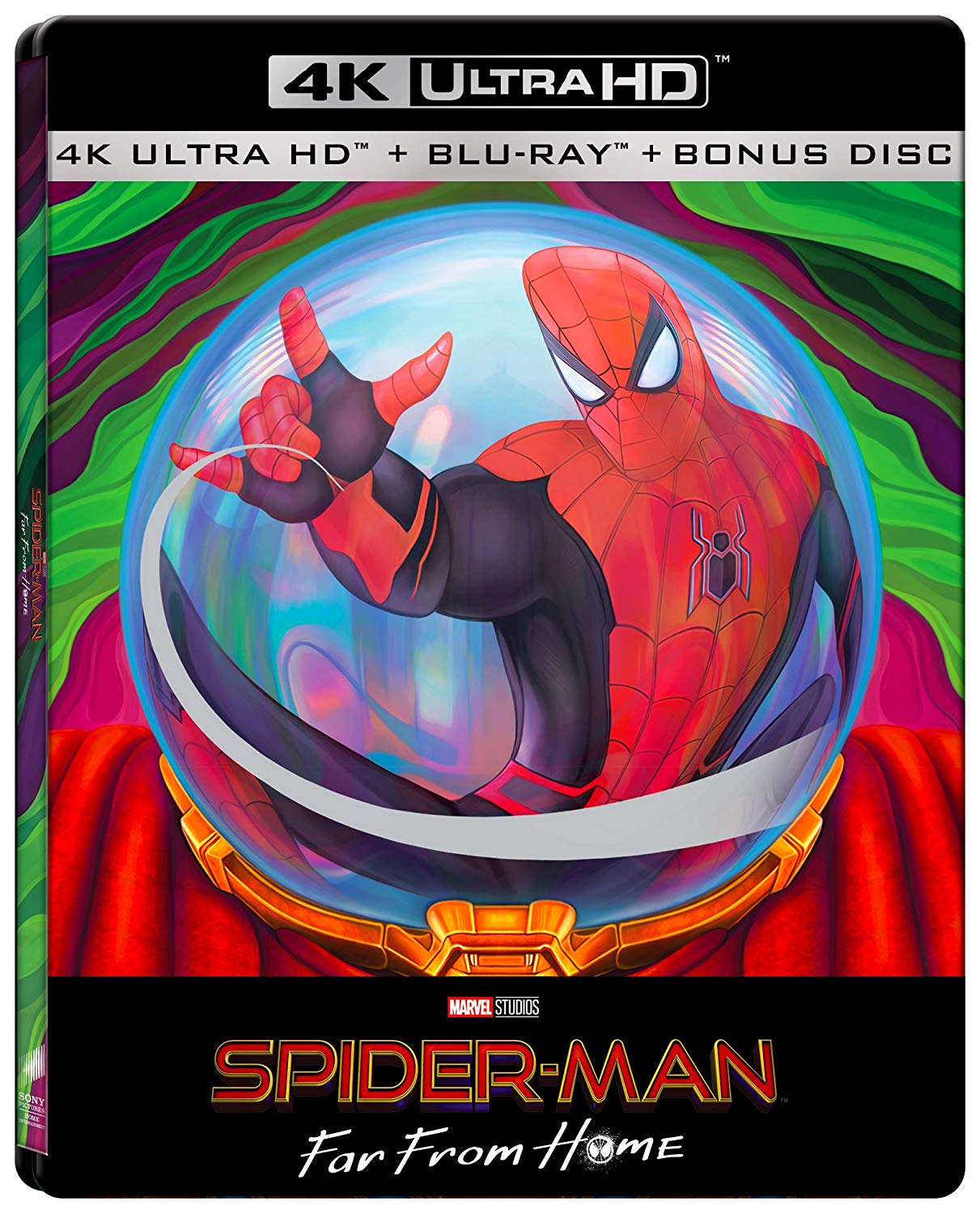 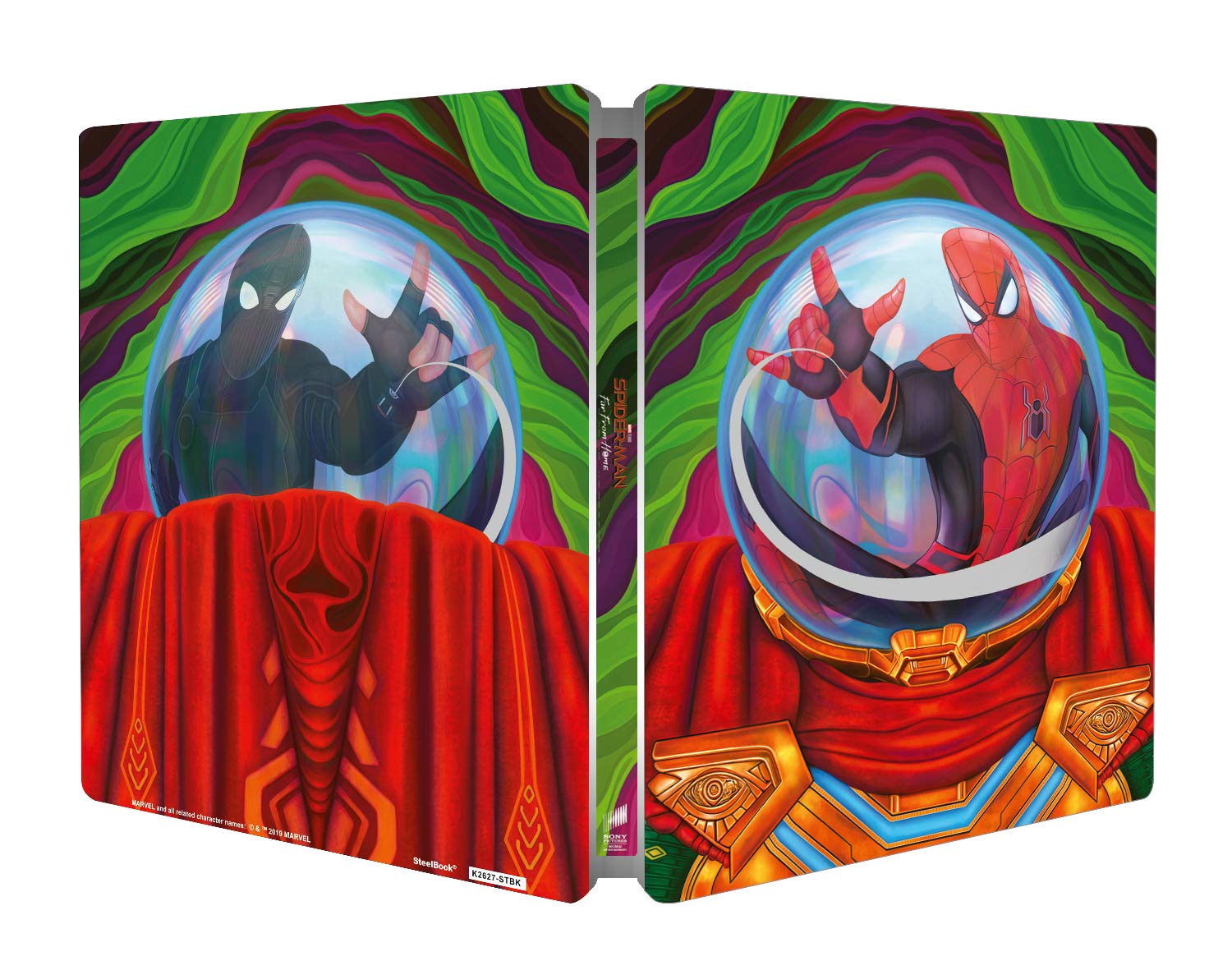 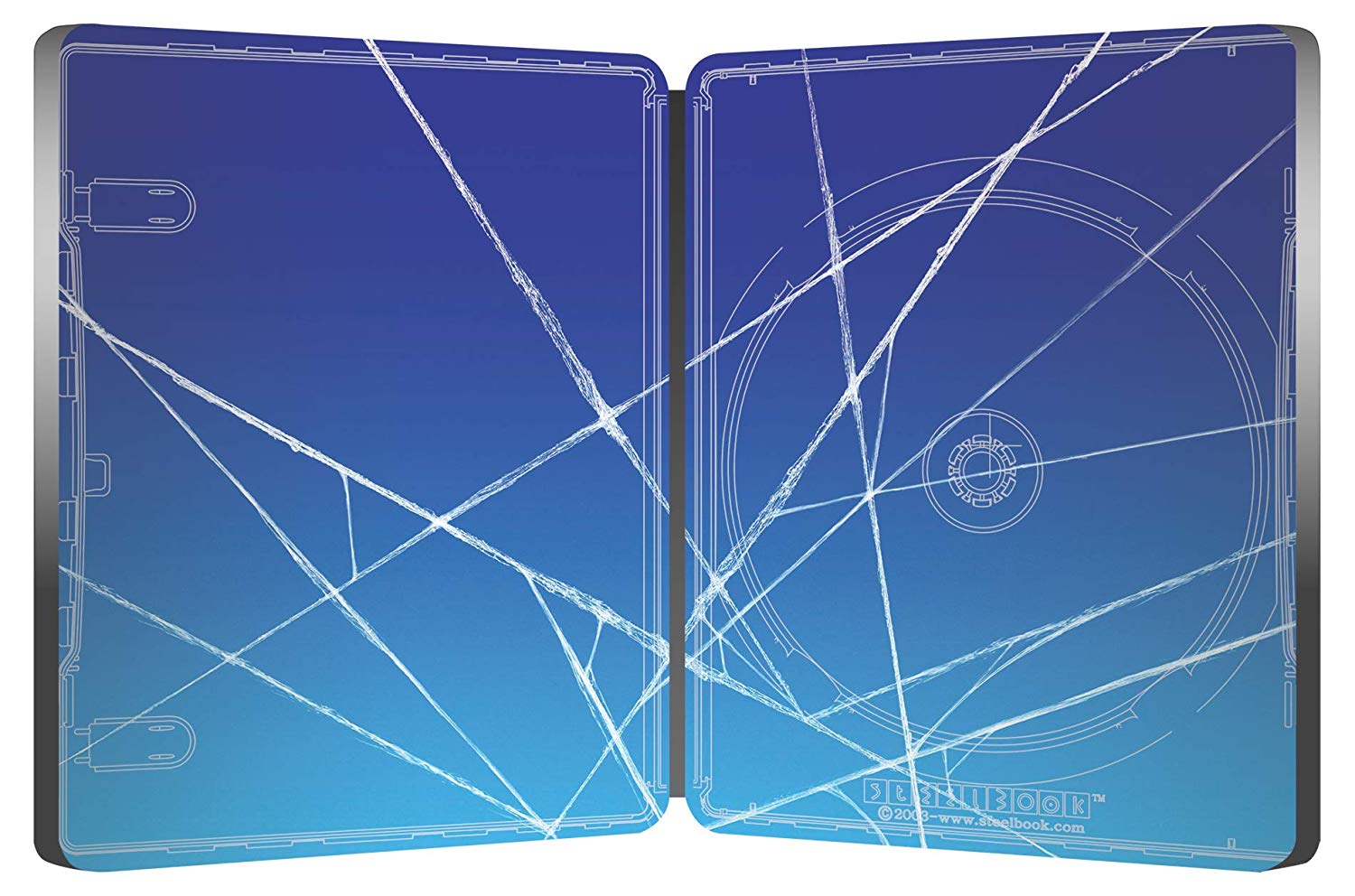 The SteelBook for the Fast & Furious spinoff isn’t anywhere near as bad, fortunately. In fact, I’d go so far as to call it adequate, if a little generic. The wraparound effect with the motorcycle looks better with the case opened than it will closed, though. Looking at just the back cover alone will give you a sliver of motorcycle and a couple of palm trees shoved over to the right side with a bunch of empty space on the left, which is weird. 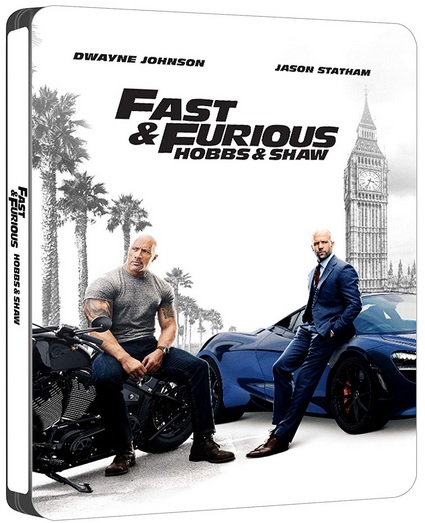 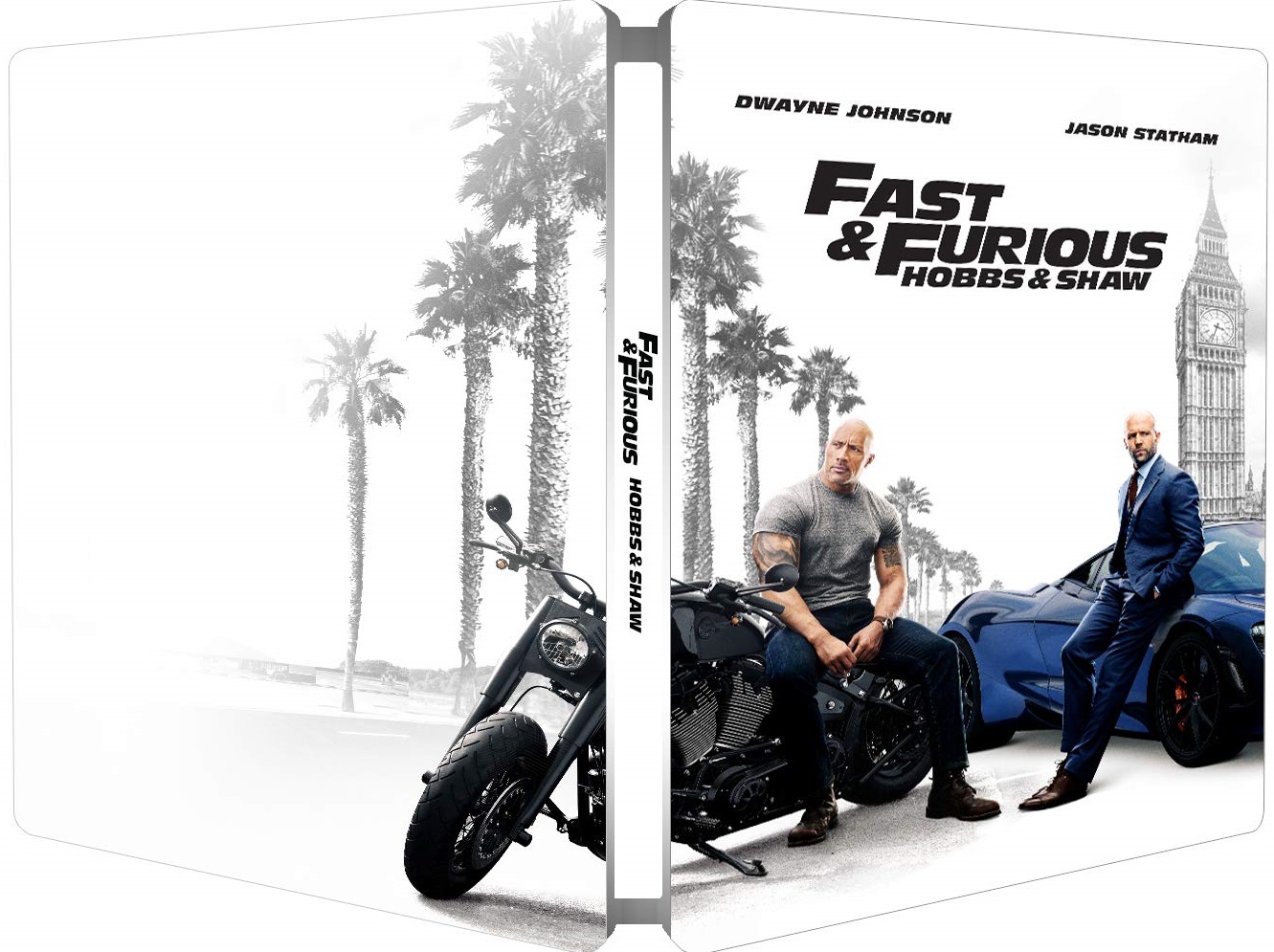 (See my note in the Comments below about why the larger pictures have different bolding in the title font.)

For the film’s 20th anniversary, Paramount will reissue the hilarious sci-fi spoof Galaxy Quest in a new SteelBook. From all the information available, this appears to be a simple repackage of the Blu-ray from 2009, with no remastering or new bonus features. That old disc seemed decent enough at the time, but the movie could undoubtedly benefit from a fresh film scan. That it didn’t get one is a missed opportunity.

I’m not sure how I feel about the overload of purple on the SteelBook. I know that many of the movie’s original posters had a purple theme, but not nearly this much. The image montage seems overly PhotoShopped as well. 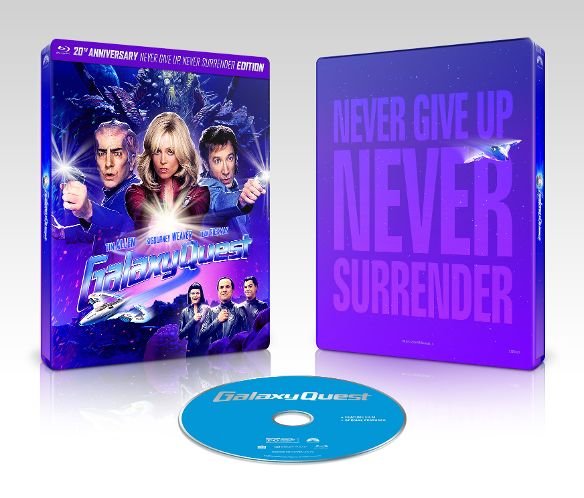