Film history is everywhere, and sometimes you just innocently stumble upon it.

On a recent trip to San Francisco, my wife and I were wandering the streets near our hotel in an area that encompasses parts of the Financial District, North Beach, and Chinatown. As we were surveying the local sites, I happened to glance to my right and noticed the words “Cafe Zoetrope” etched on a shop window. The name instantly grabbed my attention, because as any self-respecting film nerd would know, Zoetrope is the name Francis Ford Coppola bestowed upon his now-famous studio and production company.

“Zoetrope” isn’t exactly a common name, so I knew there had to be a connection between the restaurant and the Oscar-winning director, but it wasn’t until we walked to the end of the block that my suspicions were confirmed. An elegant red rectangular plaque hung outside the front door identifying the site as not just a restaurant, but the home and heartbeat of American Zoetrope. Since 1971, the company has occupied much of the historic Sentinel Building (also known as Columbus Tower), which dates back to the early part of the 20th Century and is a designated San Francisco landmark. In fact, the Sentinel was under construction at the time of the 1906 San Francisco earthquake. I learned later that the restaurant, formerly called Cafe Niebaum-Coppola, has been in existence since 1999.

The text on the plaque reads as follows:

“The historic Sentinel Building has been the home of American Zoetrope since 1971. We have written, edited, and sound mixed many of our films here including Godfather I and II , Apocalypse Now , The Conversation , The Black Stallion and Rumble Fish . Other filmmakers who have worked here include Werner Herzog, Carroll Ballard, and George Lucas. At this moment, on the floors above us, there are ideas being hatched, scripts being written, and films being edited.”

A walk across the street gave us a glorious view of the historic building, constructed in the flatiron style and trimmed in an eye-catching copper-green finish. Though its elegant, ornate exterior reflects Coppola’s flair and cinematic artistry, the modest six-story building hardly screams movie studio. Yet wondering what might be transpiring inside at that very moment and who might be huddling in one of the offices on the floors above the restaurant fueled my fascination. 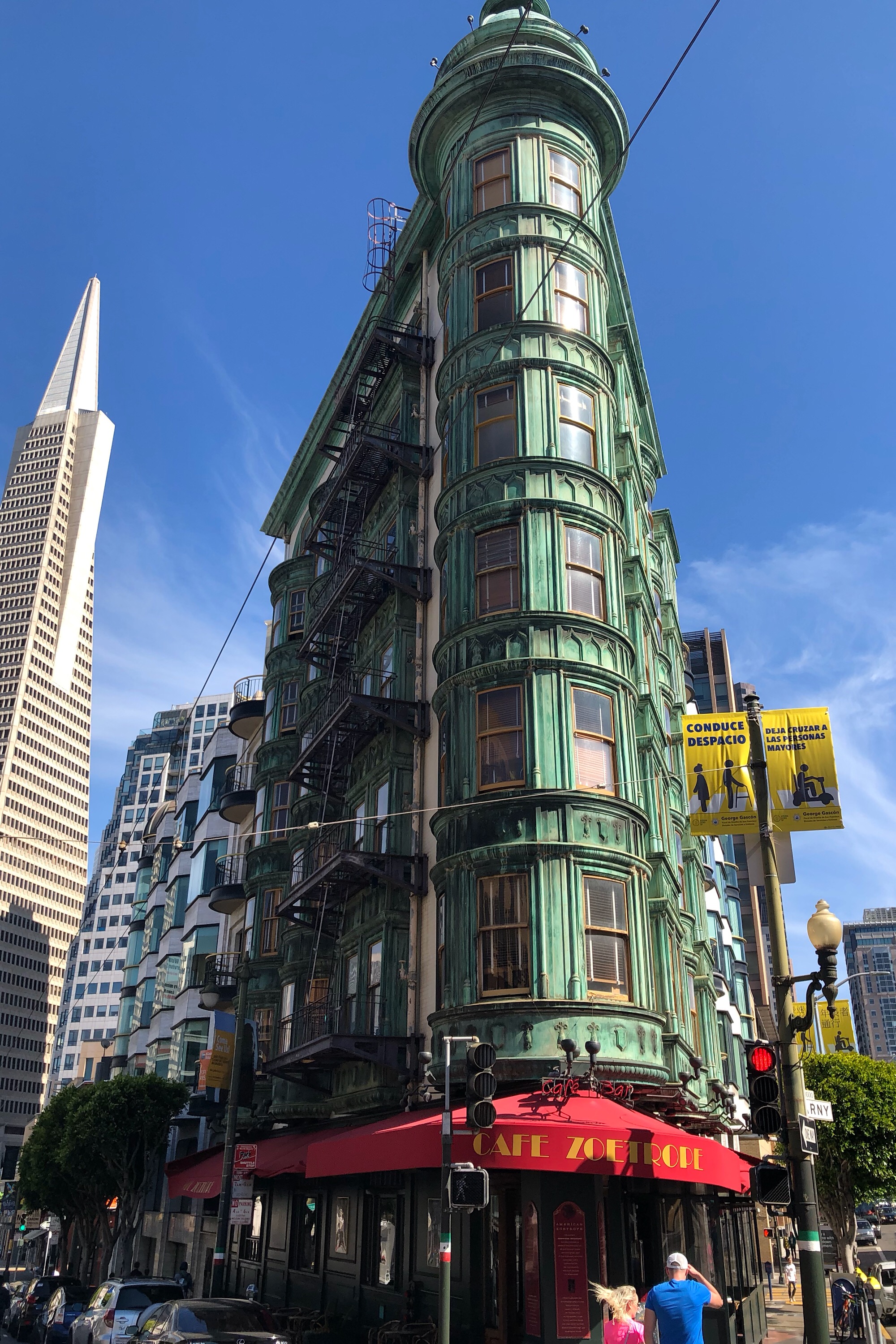 Such an unexpected surprise was not going to be left unexplored, so later that day we stopped in for a happy hour glass of wine. Once inside, we found the decor to be very reminiscent of a typical Italian bistro, with small tables crammed together and an ornate bar at the back of the space. I’m sure there’s also a designated dining area in a room behind the bar, but we just stayed in the front area, seating ourselves on stools next to a side counter that looked out onto the street.

It was about 4:00 in the afternoon, so the place was pretty dead, but that gave us an opportunity to really drink in the atmosphere. Everywhere you looked were either bottles of Coppola wine, photos from his movies, or snapshots of him and his cronies. Oh, to have cronies like Spielberg, Lucas, De Palma, and Scorsese! Some of the photos were signed; all were fascinating. Over there was Marlon Brando on the set of Apocalypse Now, and over there was Coppola chatting with Gene Hackman during a break from shooting The Conversation. There were sketches and other memorabilia, too, as well as shelves of collectible wines. The room was captivating, kitschy, self-indulgent, and deviously commercial all at once, and I lapped it all up like a wide-eyed fan. 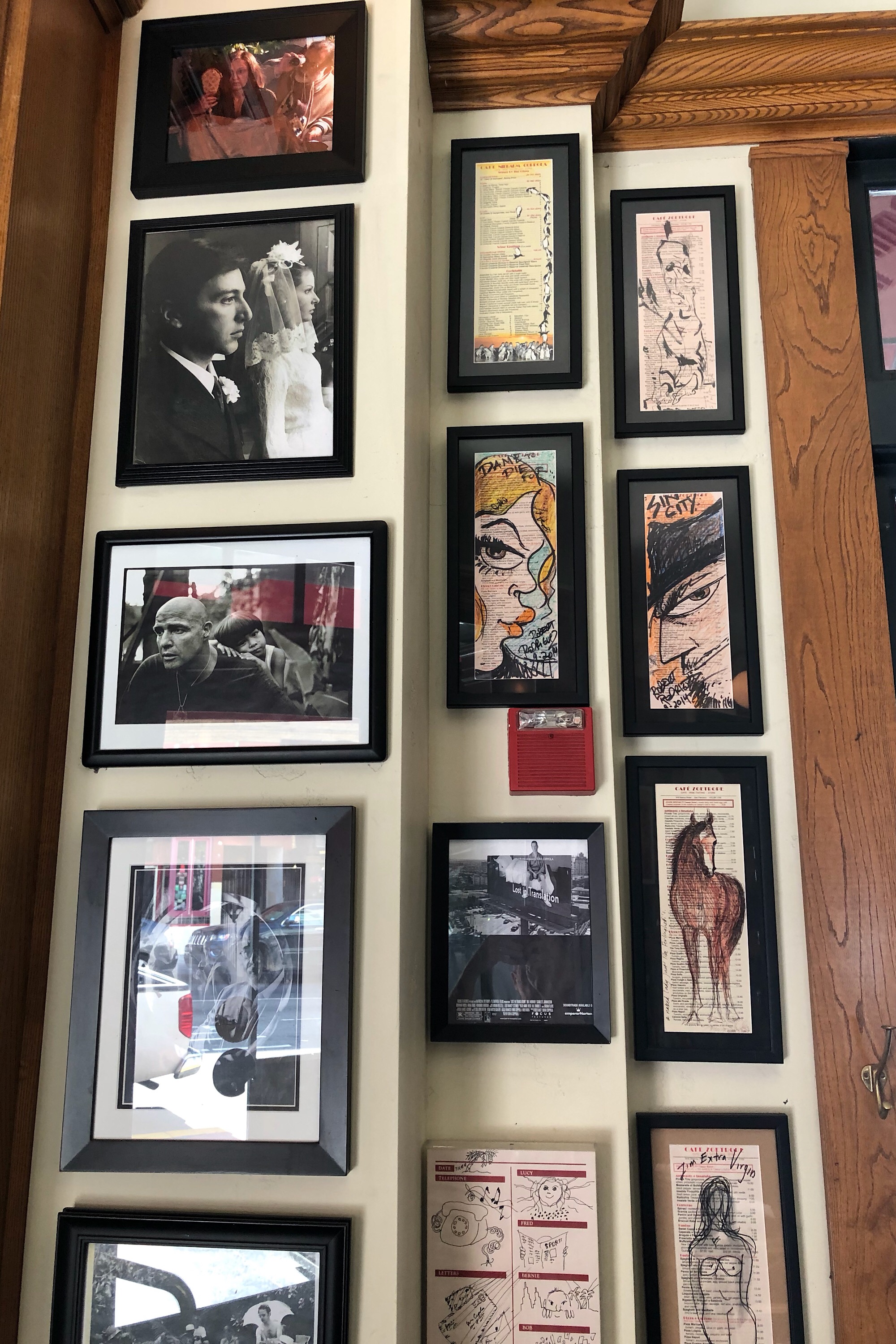 An old, balding man sat at a nearby table hunched over a plate of pasta with a basket of bread and glass of red wine looking like an extra from The Godfather. He added to the atmosphere immeasurably. He chatted a bit with the waiter, so it seemed that he was a regular, and he piqued my imagination, which began to run wild in this magnificent mini movie world. I half expected a couple of mob hitmen to barge in at any moment, disrupt the eerie quiet, and unleash a flurry of bullets while the codger twirled his spaghetti on his fork.

The staff was a bit snooty. I wanted them to make me an offer I couldn’t refuse, but they barely said a word to me and my wife. I finally ventured up to the bar and ordered a couple of glasses of featured Coppola wines, a red and a white. I’m far from an oenophile, but I do know a thing or two about wine. I didn’t expect much (Coppola’s wines aren’t nearly as well regarded as his films), so I wasn’t disappointed. The glasses were fine, but let’s just say I wasn’t inspired enough to grab any souvenir bottles off the shelves. The labels, though, were enticing. 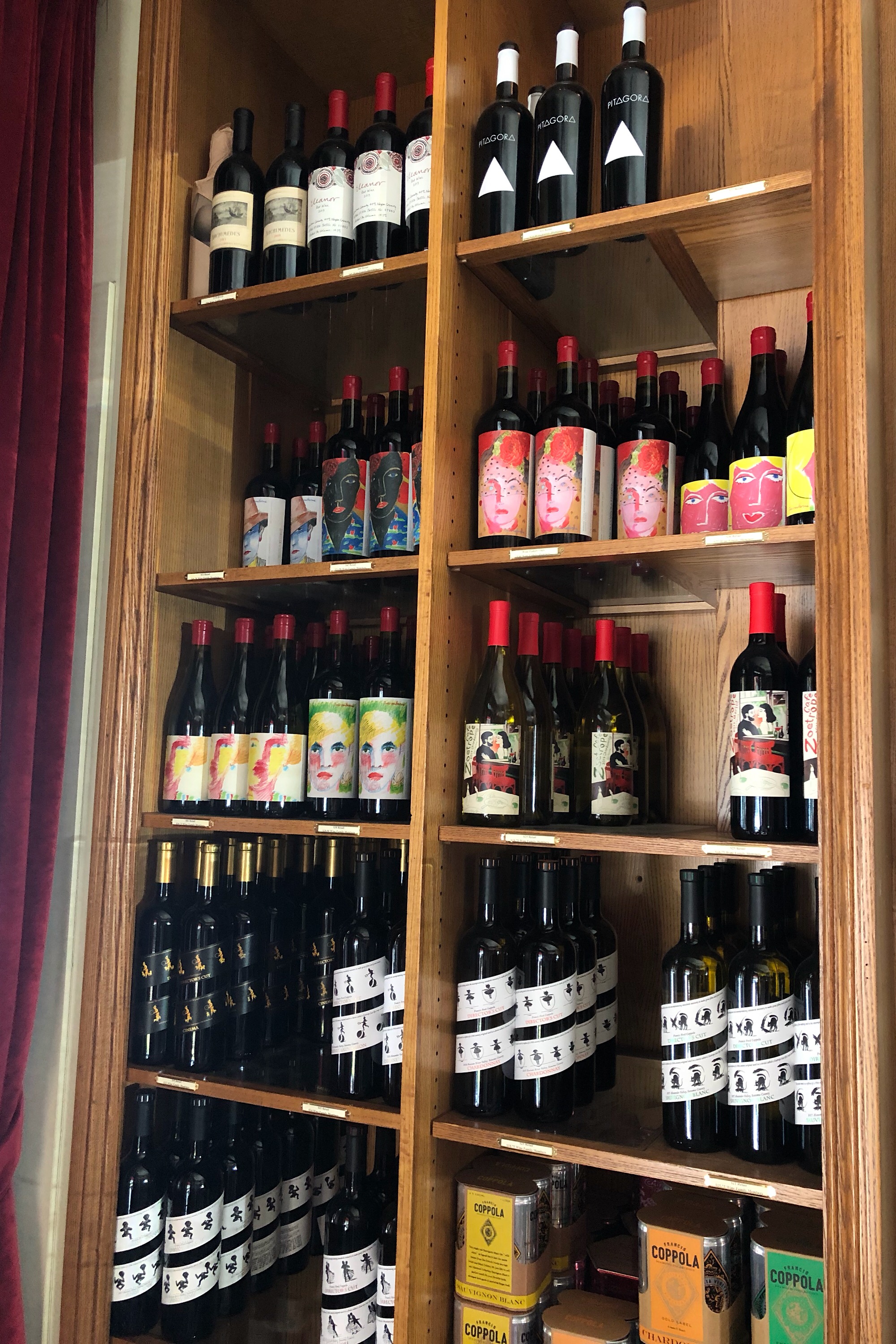 After about a half hour, our glasses were empty and I had sufficiently scoured the walls and soaked up the magic. As we left, I felt a pang of nostalgia for movie days gone by. I’m glad we stopped in. It was nice to find a little oasis of Hollywood in San Francisco and sip some vino alongside photos of some of the true giants of cinema. Cafe Zoetrope was far from the highlight of our trip, but it was a cool find. Grazie, Francis! 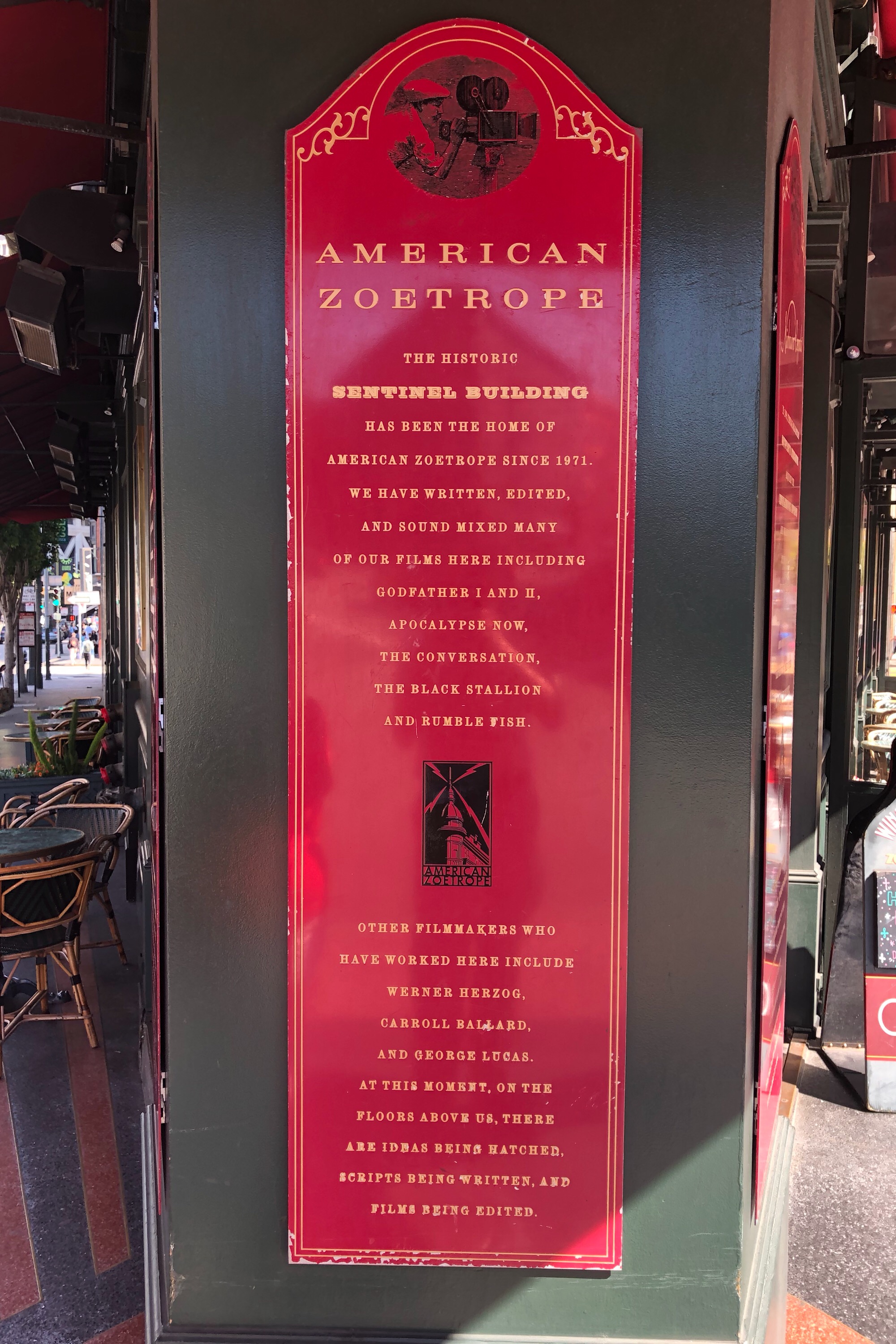 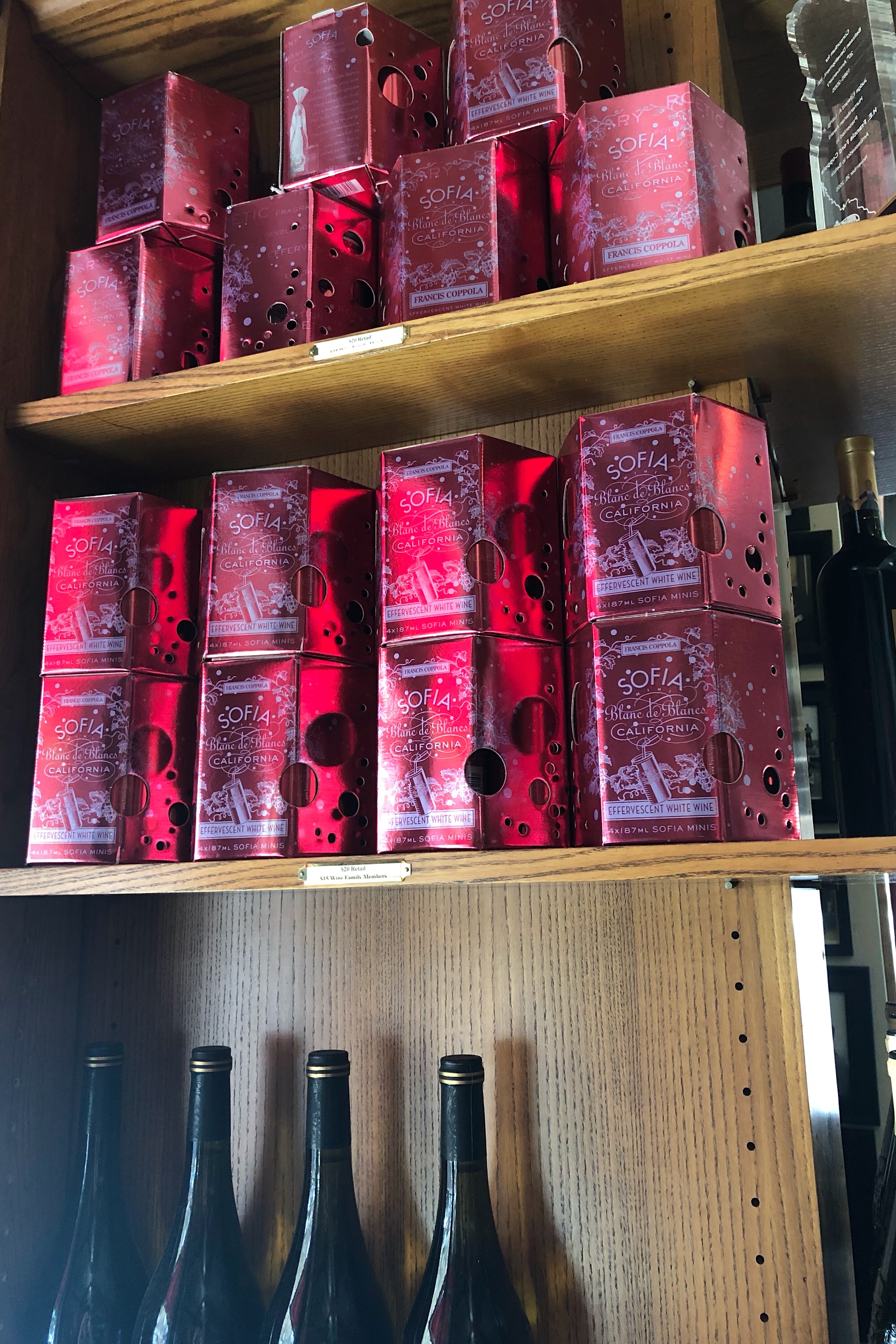 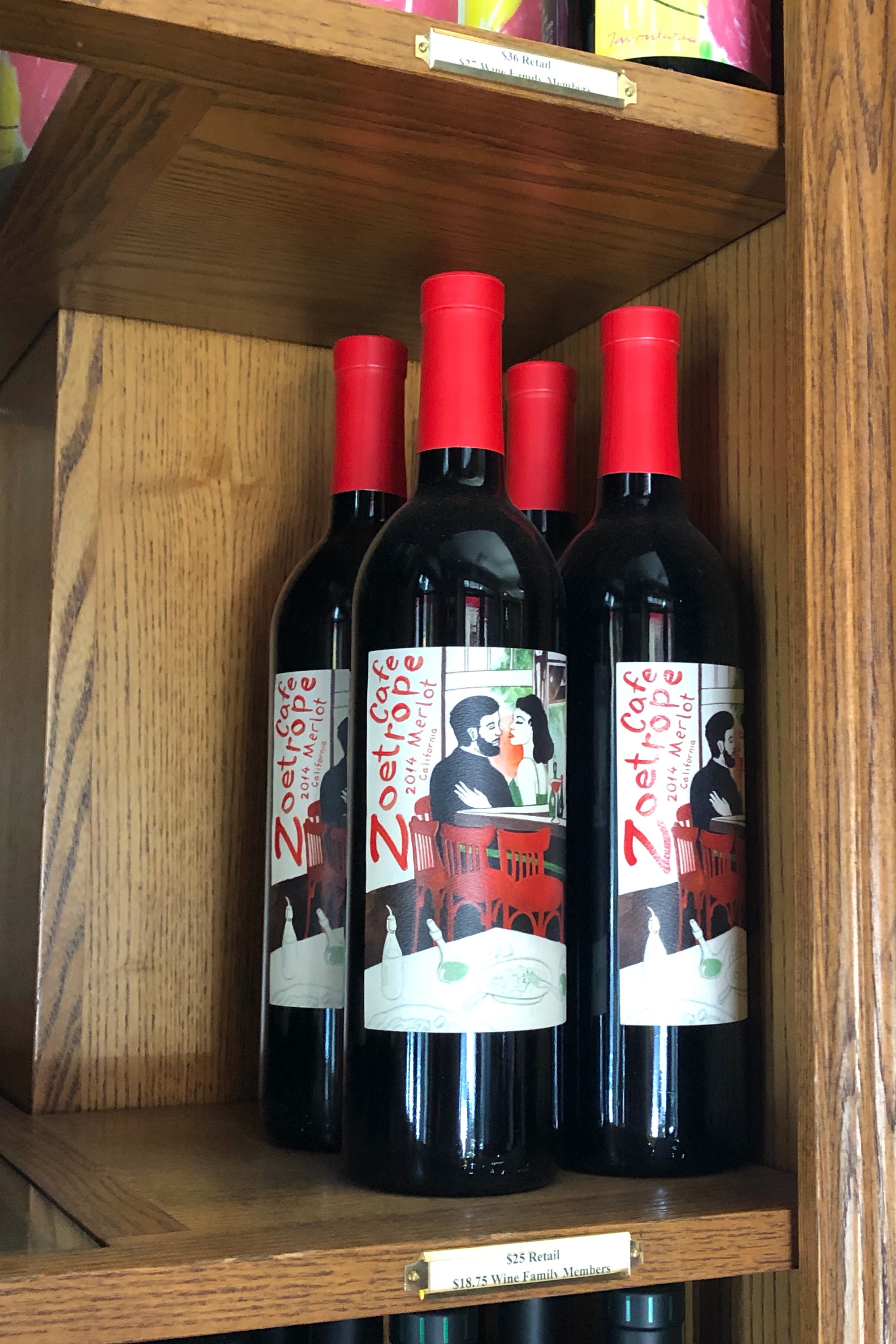 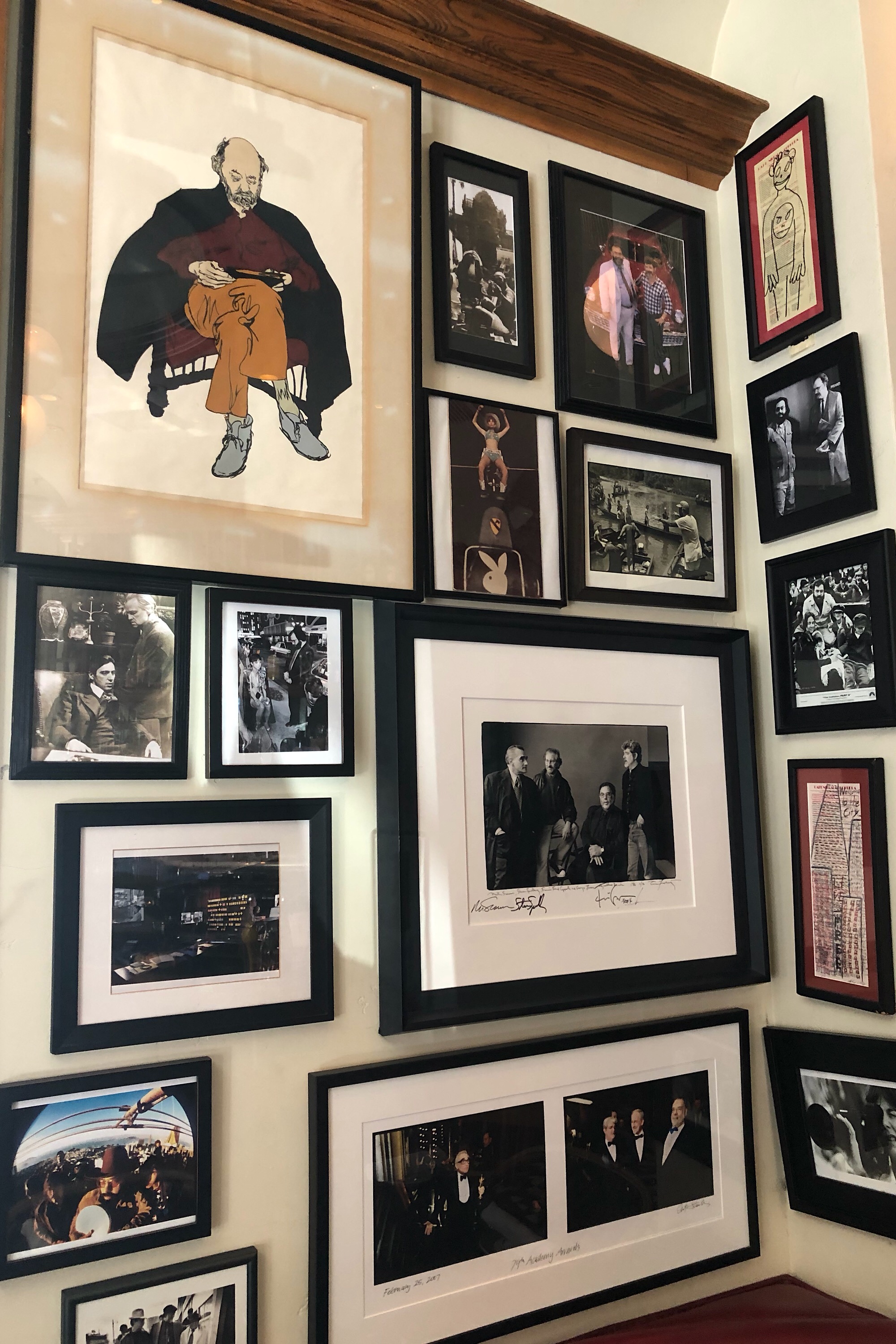 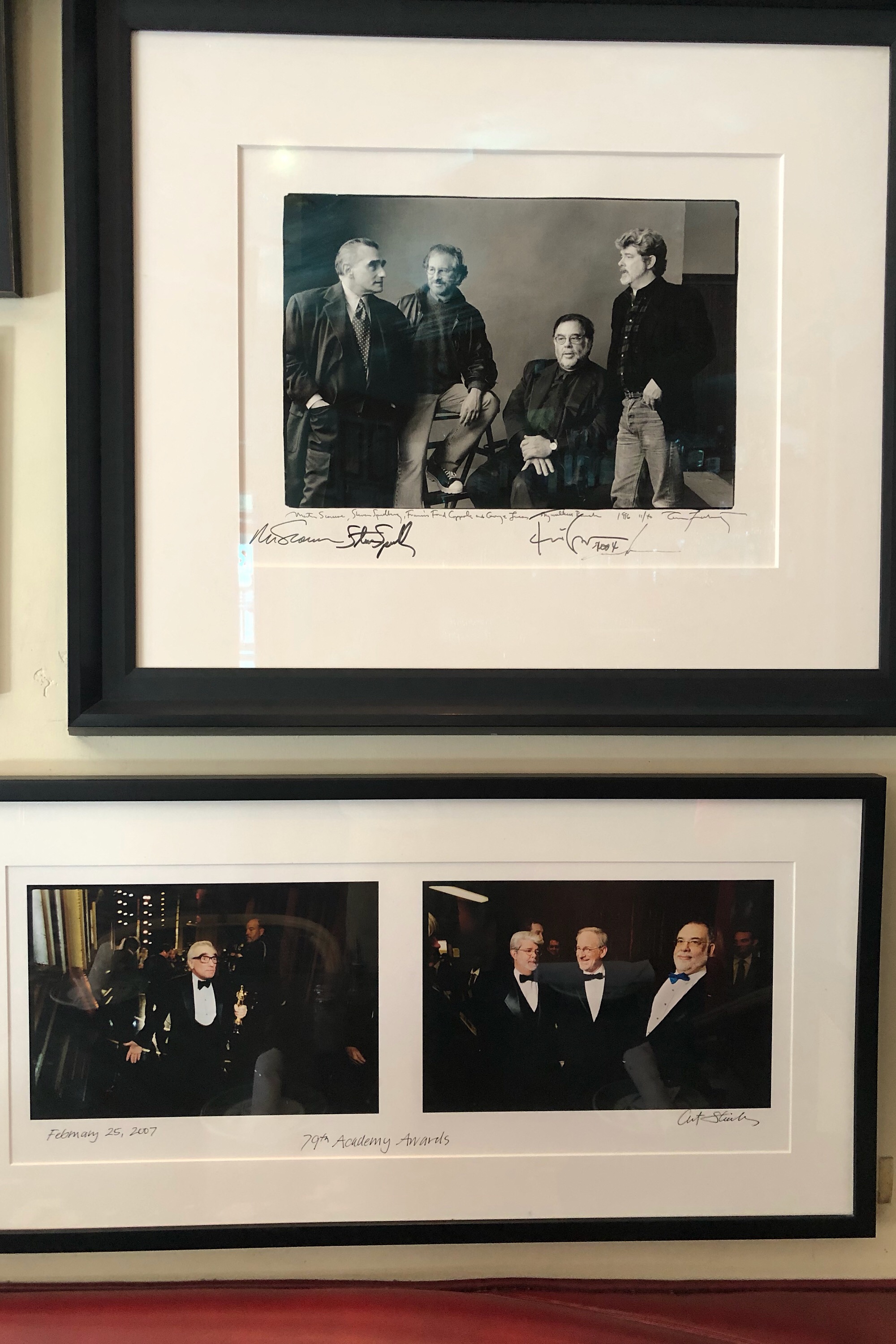 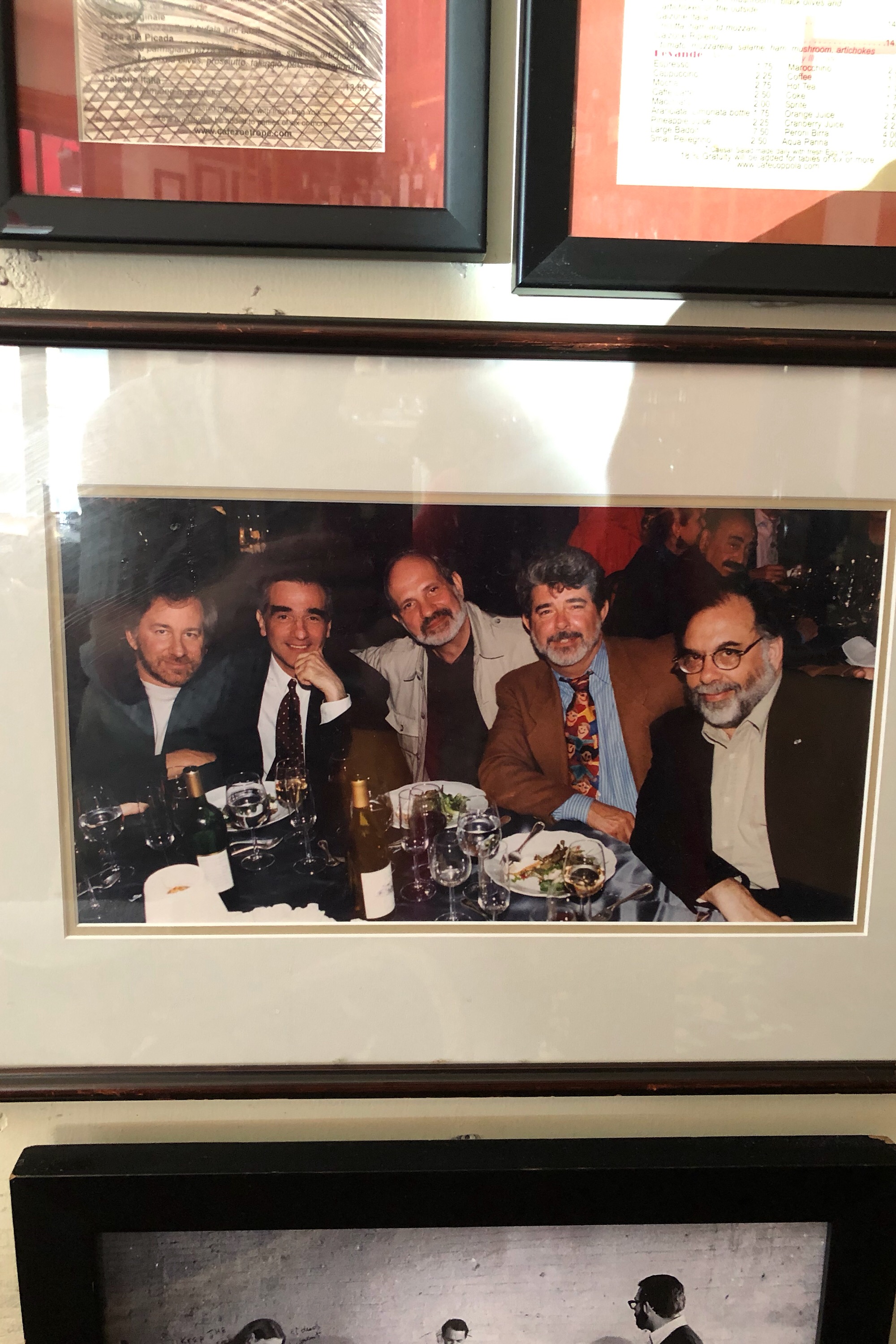