As I’m still trying to figure out the new IMAX Enhanced audio format, I’ve done some additional playing around and discovered a strange use that was likely not intended by the designers. If you really wanted to, you can activate the mode on DTS-encoded DVDs. You probably shouldn’t, though.

Yes, I said DVD, not Blu-ray. Let me explain.

At present, we only have two movies officially encoded with IMAX Enhanced audio, the nature documentaries A Beautiful Planet and Journey to the South Pacific. The same soundtrack is present on both the Blu-ray and Ultra HD discs in each package. As I found in my last round of testing, the IMAX mode in a compatible A/V receiver is essentially a DSP function that boosts the bass, overrides speaker crossover settings, and does some additional manipulation to the DTS:X soundtracks on the discs. As designed, it’s supposed to only become active when the soundtrack contains metadata flagging it as IMAX Enhanced. As such, the mode is not available when playing other movies on Blu-ray with Dolby True HD, Dolby Atmos, DTS-HD Master Audio, or DTS:X audio tracks. On any of those, the IMAX feature vanishes from the receiver setup menus. It only appears within the Surround Parameter menu when playing an IMAX Enhanced disc.

However, when you can see that setup menu, it contains three options: Off, Auto, or On. When “Off” is selected, the soundtrack will play back in regular DTS:X format without the IMAX add-on. Per the text in the receiver menu, Auto “automatically enables the IMAX mode when IMAX content is detected,” using the metadata encoded into an IMAX Enhanced disc. 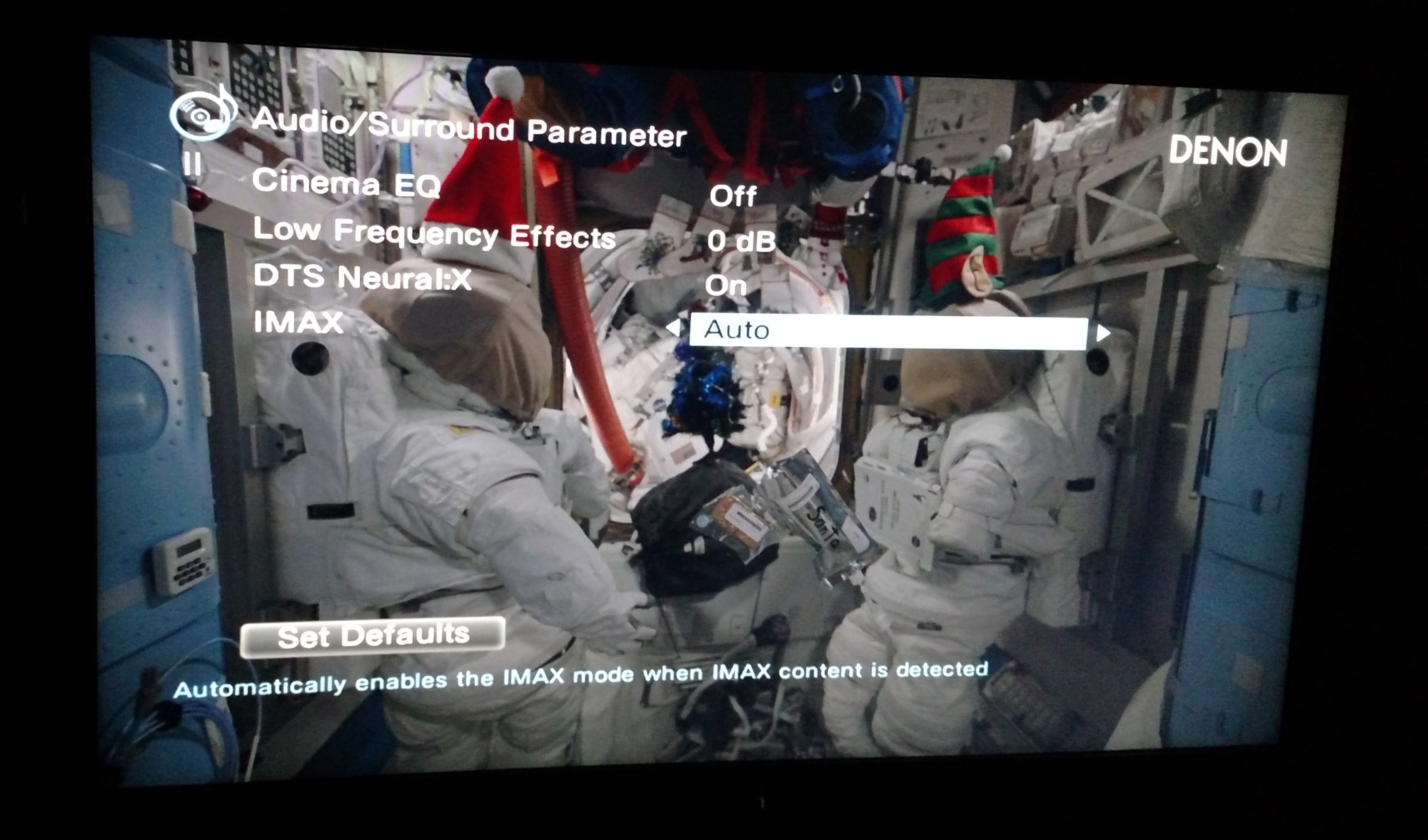 Most intriguingly, the On option says that it “enables IMAX settings for IMAX streaming content when automatic detection is not possible.” 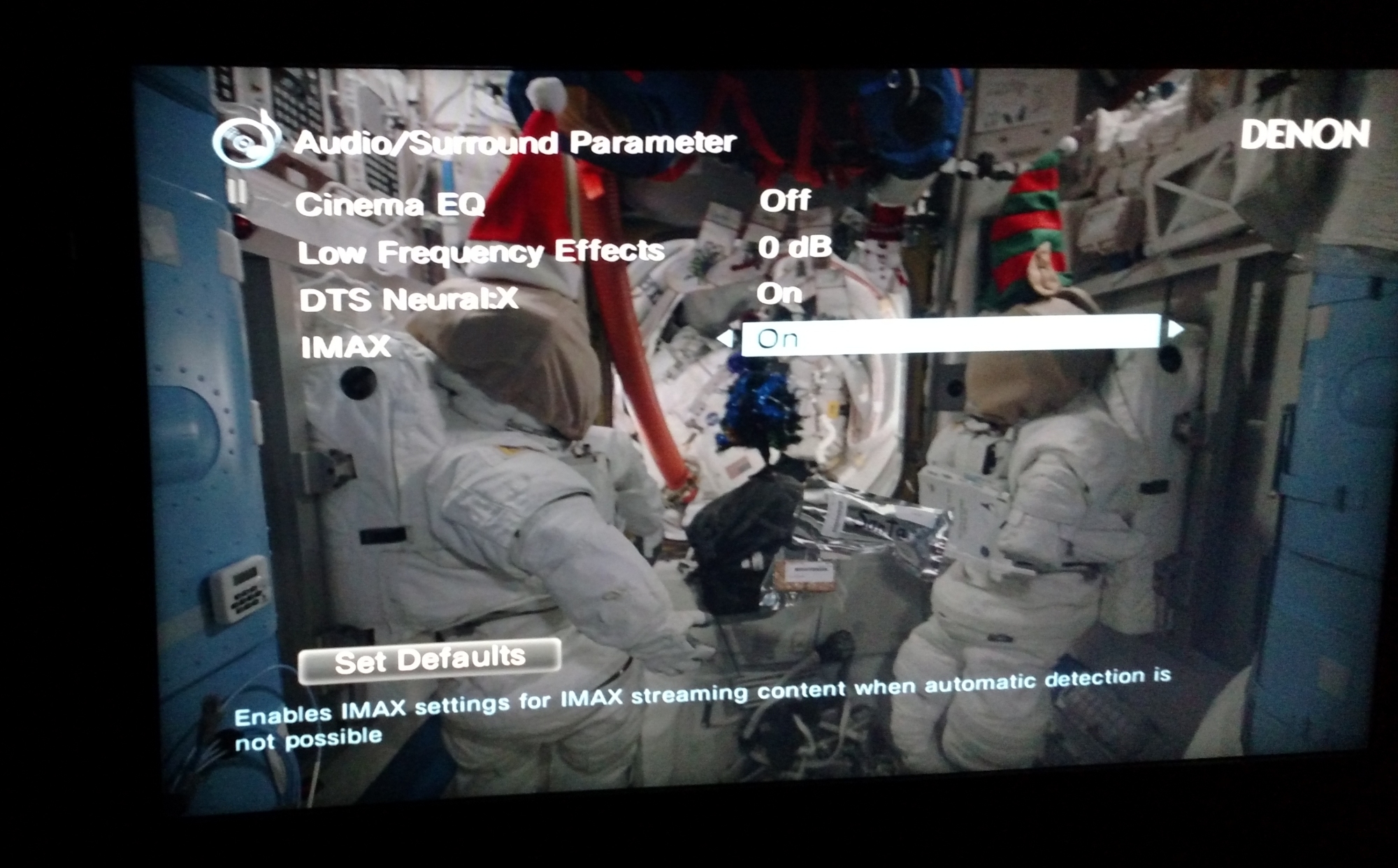 I read that to mean that the On setting forces the feature under certain circumstances. I assume that IMAX and DTS plan (or at least hope) to eventually deliver content with these IMAX Enhanced soundtracks via streaming as well as disc, and the streaming signal may not always carry the appropriate metadata.

That leaves this On setting only applicable to lossy DTS signals. Of course, streaming isn’t the only source of lossy DTS audio. In fact, I’m not aware of any streaming service that uses DTS at all yet. A relatively small number of Blu-ray discs may contain standard DTS or the incredibly rare DTS-HD High Resolution formats, but DVD is where you’ll find the most lossy DTS audio.

To verify this, I pulled an old DTS DVD off my shelf: Kill Bill, Vol.1 – specifically, the Japanese import copy with DTS audio and the “House of Blue Leaves” action set-piece in full, garish color. I cued up a scene from the movie and tried to turn on the IMAX mode, only to find that the option was missing from the Surround Parameter menu. It took me a second to realize that the DVD defaults to Dolby Digital audio. Once I switched to DTS, I then had to further turn on the DTS Neural:X upmixer, because the IMAX mode won’t work in any other configuration. As soon as that was settled, the IMAX option reappeared in the setup menu. 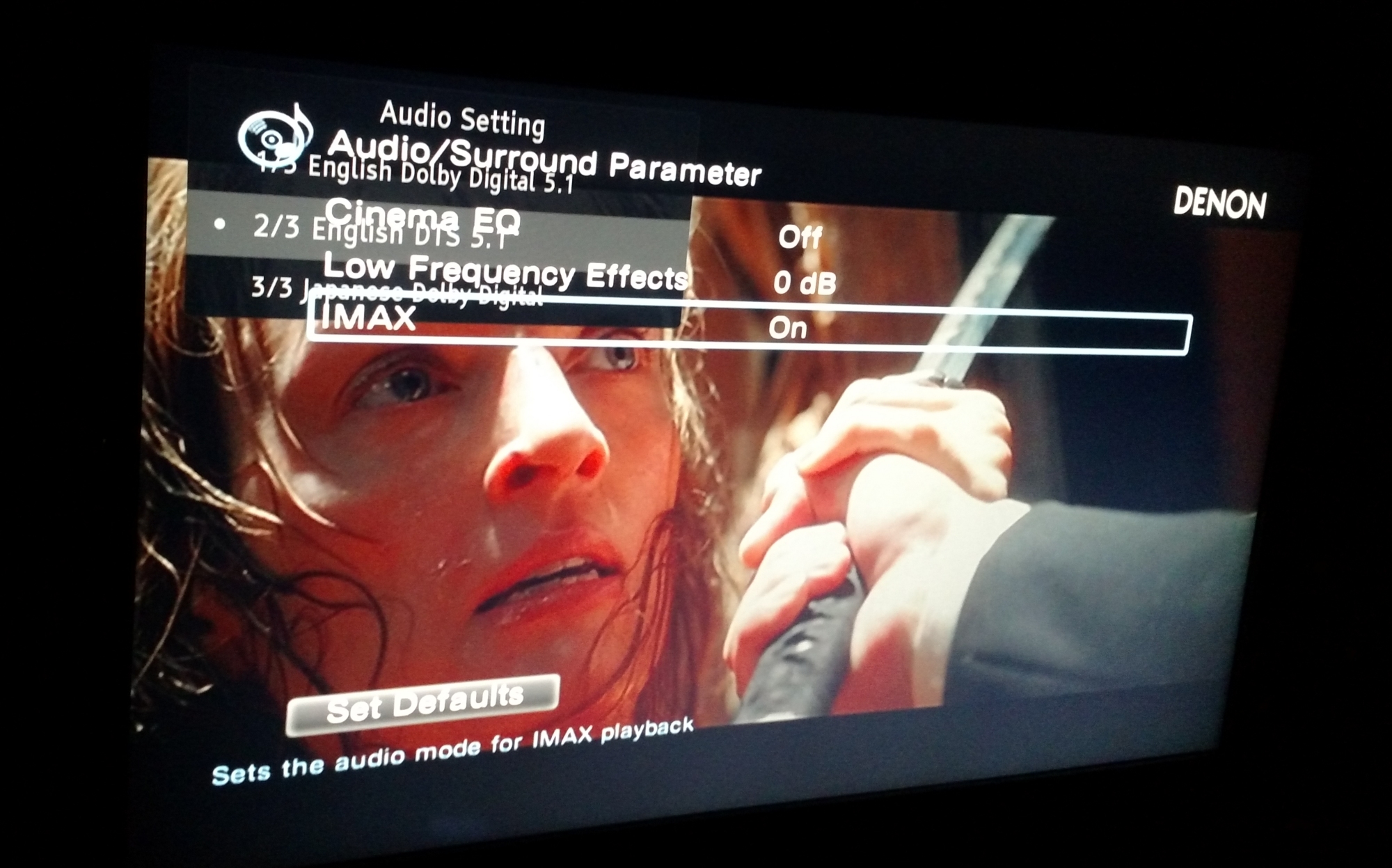 By turning it on, the receiver then reported “IMAX DTS + Neural:X.” 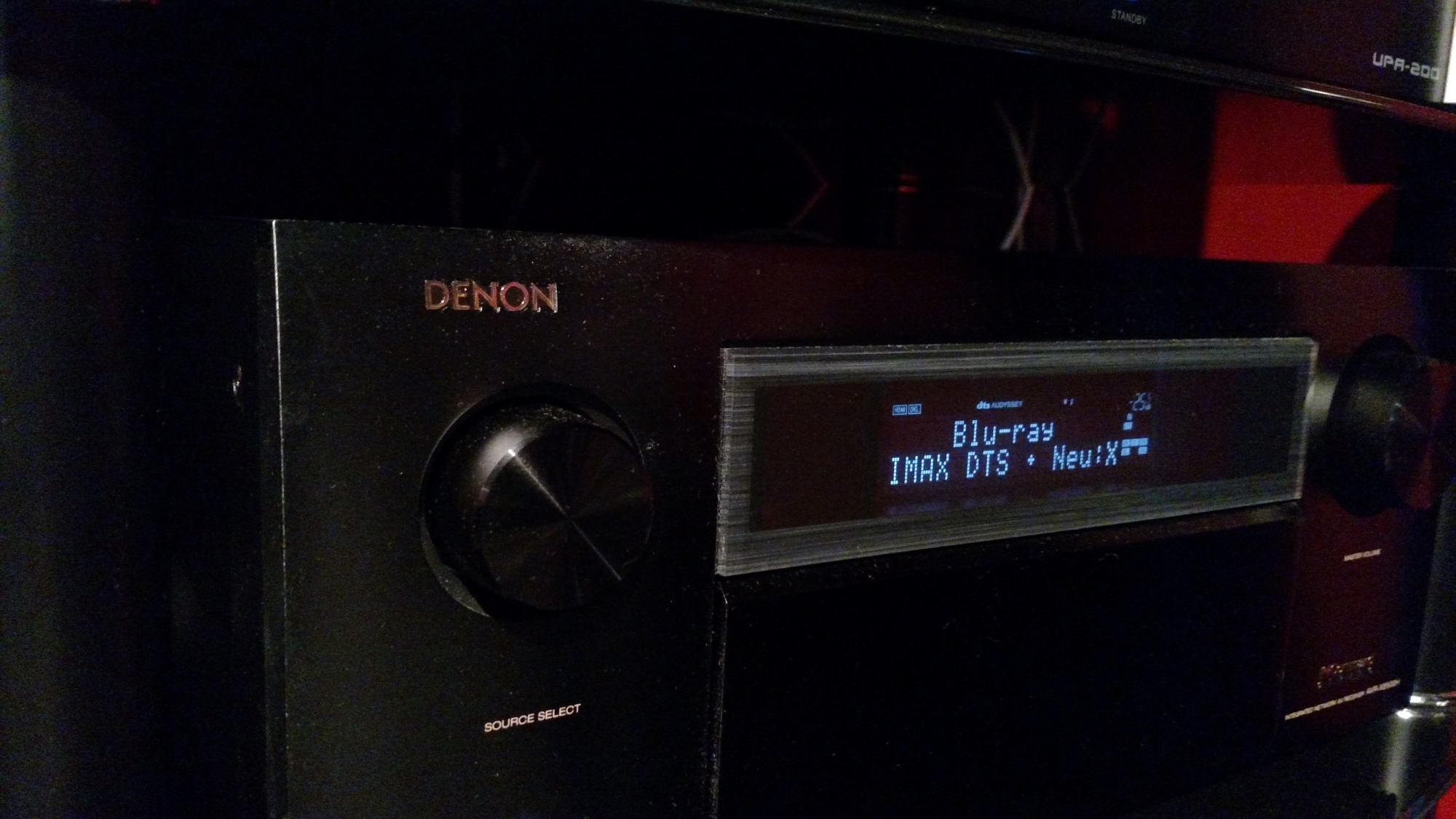 In this particular movie, the difference between IMAX On and IMAX Off is pretty subtle, but human voices sound decidedly bloated in bass when it’s on, which tells me that the mode is doing something to the disc audio. I don’t think it sounds particularly good, personally, but I really doubt the feature was ever intended to be used this way. More likely, applying IMAX mode to DVDs is a loophole in the programming. I wouldn’t recommend watching a movie like this. The function is merely another curious discovery in an audio format that isn’t terribly well documented.