Never has a film been more aptly titled than Alien Warfare. At least, once Chris (David B. Meadows) gets off the phone, I’m pretty sure some aliens are going to start wreaking havoc.

Okay, once Chris is off the phone, and when he and his team have finished their hostage negotiations against a band of :cough: Middle Eastern terrorists: definitely some alien warfare on the docket. 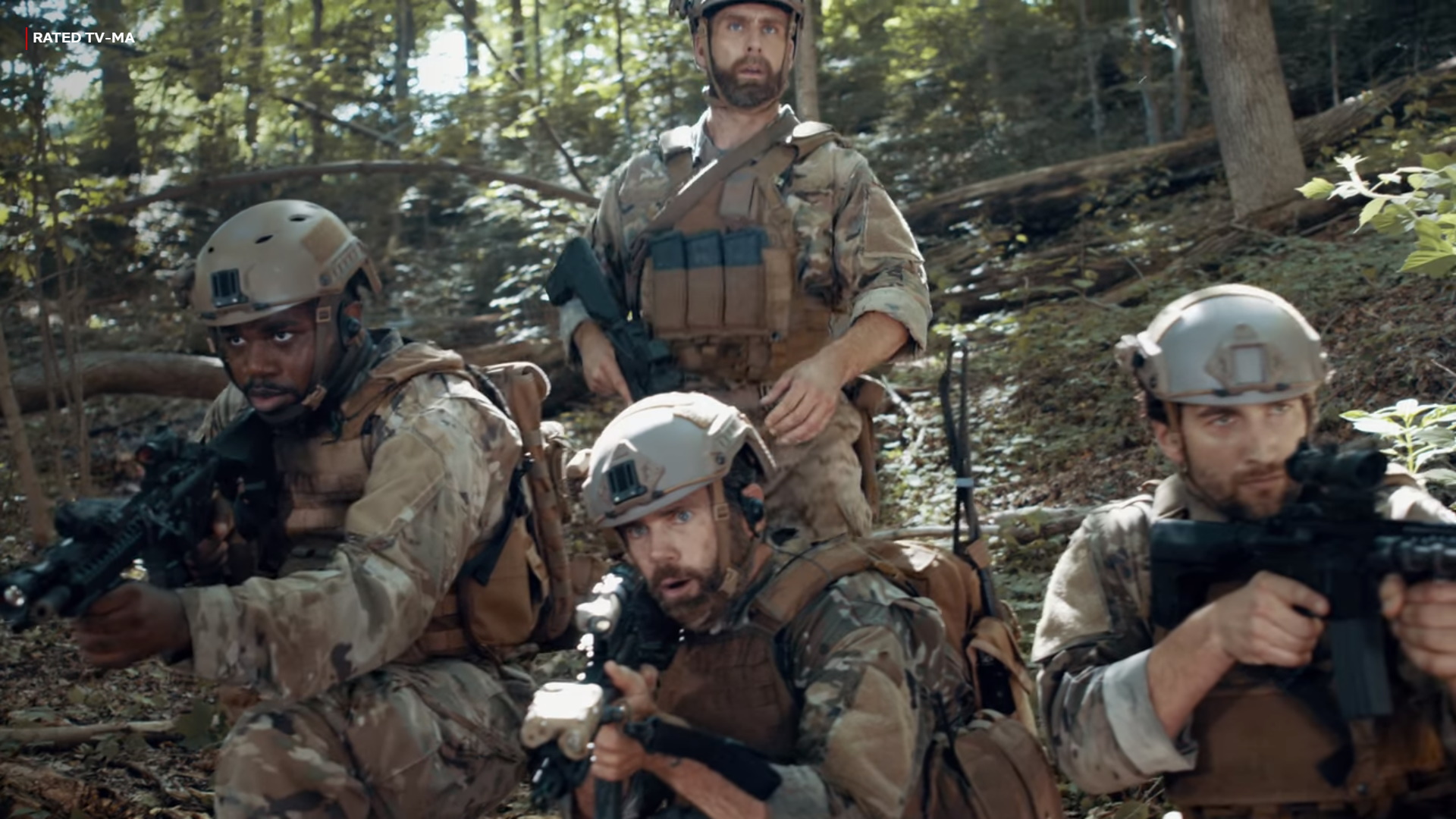 Hmm. Finish the phone call, take out the terrorists, and – after Chris and his bro-in-more-ways-than-one Mike (Clayton Snyder) chat on the firing range – we will undoubtedly see a squad of Navy SEALs square off against an otherworldly army. But first some sorrows have to be drowned in a nearby watering hole. And afterwards, to be fair, there’s a whole lot to say about one of the dudes and his unlikely online relationship with a Latvian woman he’s never actually met.

I could keep going, but you get the general idea. For a sci-fi/action flick with an on-the-nose title like Alien Warfare, it sure does take its time leisurely moseying over to the alien warfare thing. And since you’re probably sick of me typing “alien warfare” over and over, I’ll change it up and say that there are no extraterrestrial combatants until literally the halfway point of the movie. 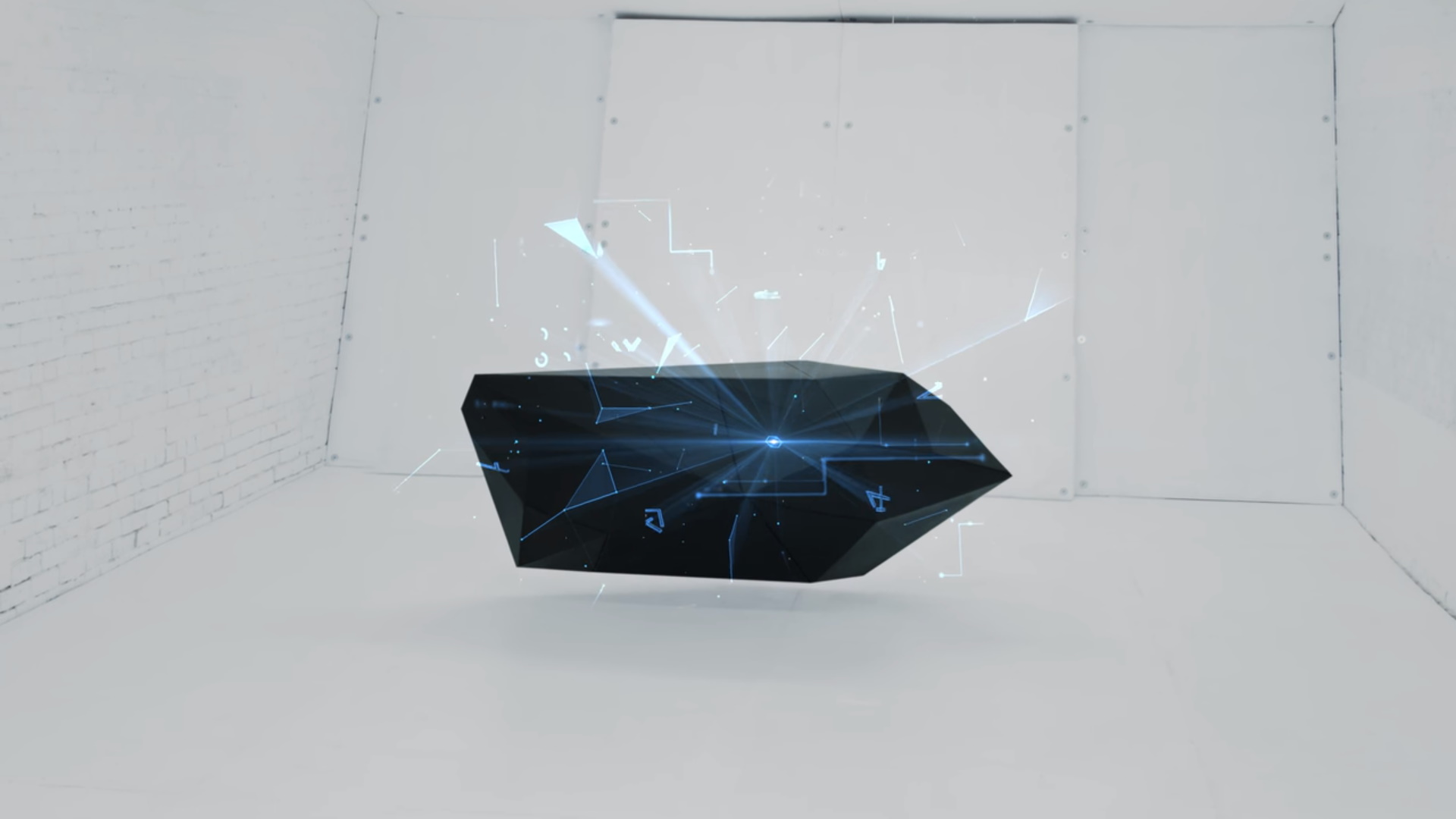 Thankfully, Alien Warfare has so much more to offer than, uh, interplanetary discord. Thrill to mystery! Why are the government suits being so cagey about the details of this mission – to a team handpicked by the President himself?! What force could possibly cause the hundreds of staff members at a remote jungle research facility to be reduced to tidy, wee piles of ash in less than a minute? What is the true purpose of this floating alien artifact?

Laugh along with Alien Warfare, with its tangents about the origins of chewing gum, post-battle elevator music, and a protein-shake-crazed SEAL. Oh, and there’s relationship drama! Well, not that kind. The sole survivor of the Ashpocalypse may be a gorgeous young scientist (Larissa Andrade), but there are no romantic entanglements with any of her rescuers. No, I’m referring to the relationship between brothers who serve together, grief stemming from a casualty during a mission gone FUBAR, and the fallout from the changing of the guard. And action…? You’d better believe it: 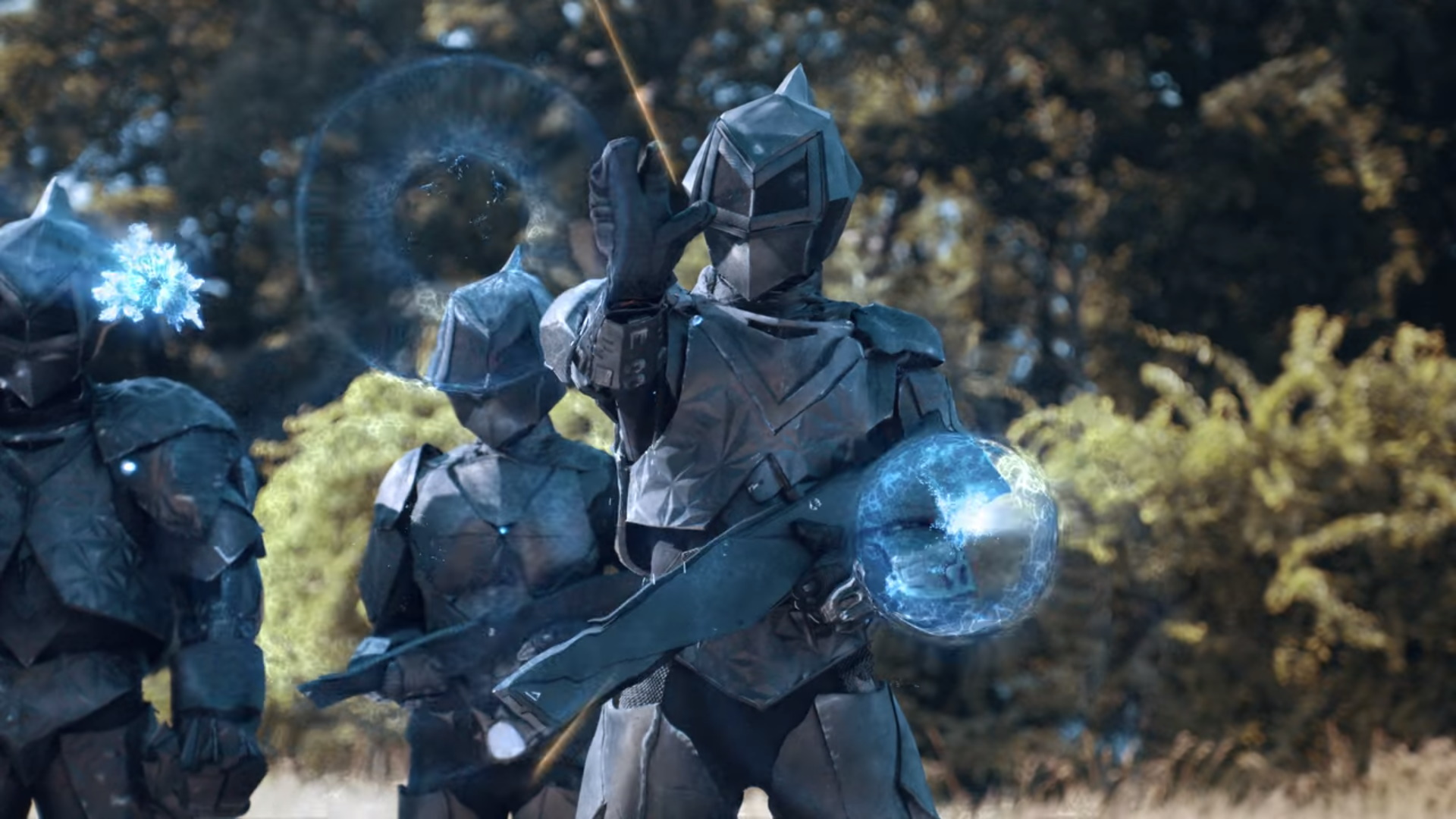 Although Alien Warfare suffers from its share of issues, it’s really not all that bad. No one’s going to mistake it for a quarter-billion dollar summer blockbuster, but the visual effects are generally respectable enough. There are plenty of deliberate stabs at comedy, and they all land pretty well. I really like the cast, half of whom aren’t just portraying Navy SEALs but were indeed SEALs themselves. I appreciate that Isabella isn’t there to be rescued or fall head over heels in love. Low budget though it may be, this is a polished, professional production with some genuinely cool moments – say, a slow-motion escape in which one of the SEALs has a radio blasted out of his hand, or a fistfight propelled by rapid-fire teleportation.

Part of the problem is conceptual. Alien Warfare by design isn’t a straight-ahead “soldiers versus aliens” onslaught of death rays and assault rifles. Its title sets misplaced expectations. The extraterrestrial angle barely figures into the first act, and the body count once the aliens enter the fray is… well, let’s just say that the movie doesn’t take all of its cues from Predator. A climactic reveal makes it clear why this is the case – with a certain symmetry to a life-changing mission in the film’s earliest moments – but visceral, white-knuckled viewing it’s not. 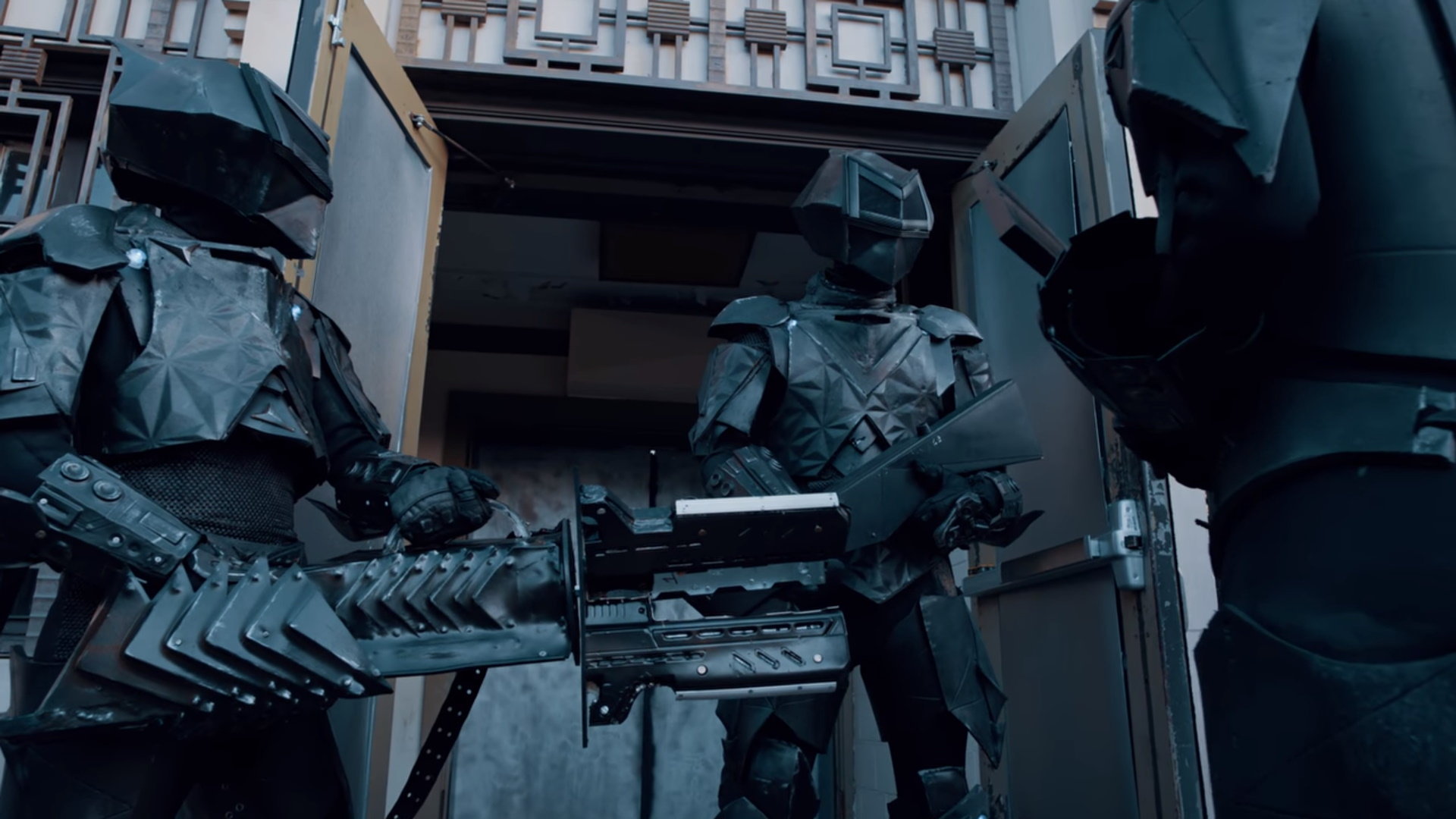 The action tends to be somewhat clumsily, awkwardly staged. There’s no power to the alien parkour or haymakers, which instead come across as slow and labored. I’m impressed by the design of the extraterrestrial arsenal, but their armor leaves much to be desired. The aliens’ presence isn’t the least bit menacing, which mutes whatever tension or suspense there may otherwise have been. As much as I’d like to continue that particular train of thought, I feel like I have to step lightly around spoilers. But just because there’s an explanation doesn’t mean it’s inherently compelling.

Still, you get to see a dude – named after the kitty from Alien, incidentally – whomp an E.T. with a “Wet Floor” sign. There’s a “Oh, hell no!” straight outta ID4. And though there’s no mistaking that Predator is a primary source of inspiration – down to cloaking tech, their perception of the way we speak, engineering a way to remain invisible from xeno-vision – Alien Warfare actually owes more to Arrival than you may expect. 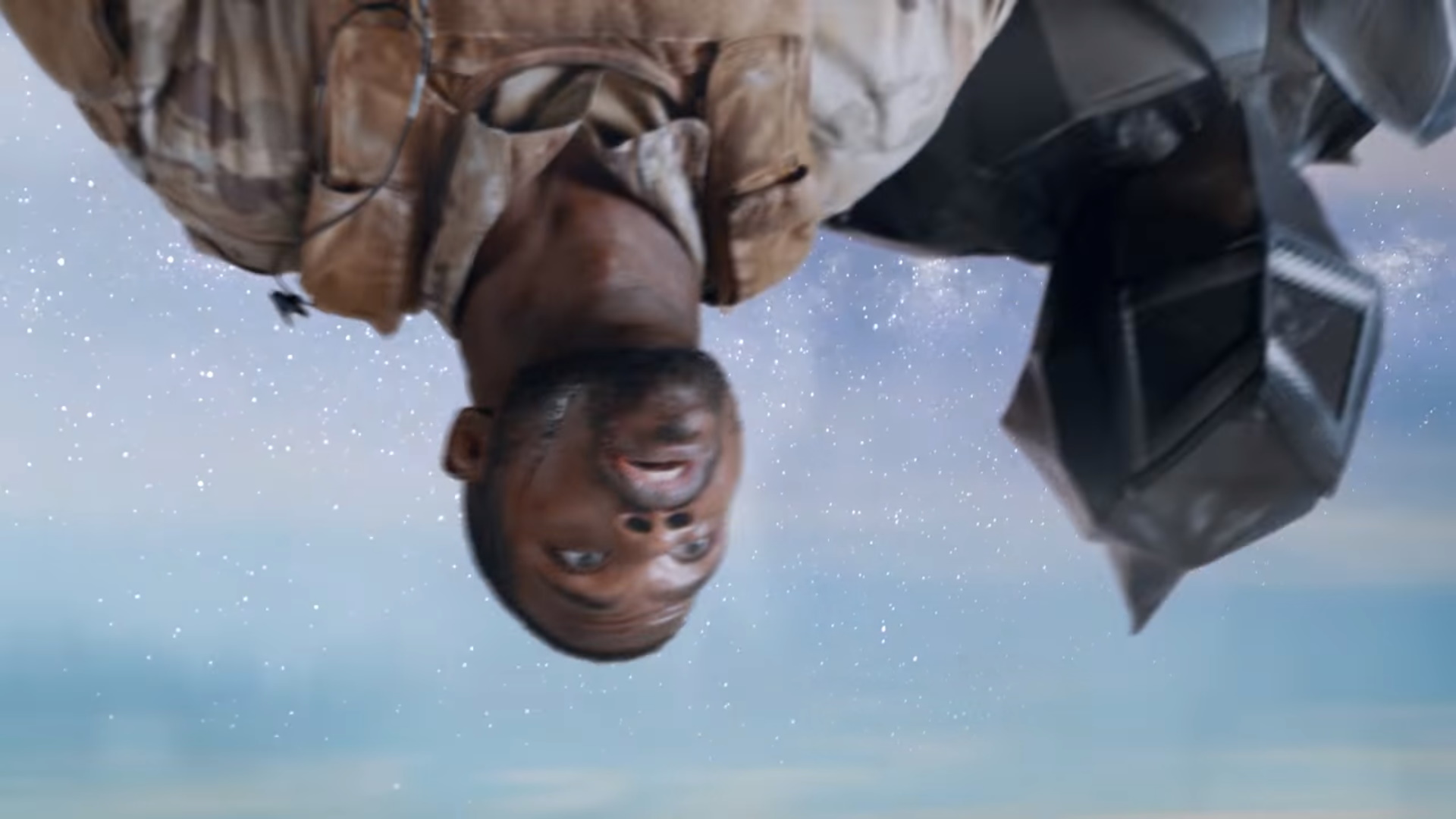 Alien Warfare limps towards the most disappointing kind of middle ground. It’s too well-made to be accidentally brilliant in the “so bad it’s good” vein. But, y’know, it’s not exactly “so good it’s good” either. Although Alien Warfare doesn’t inspire any sort of impassioned recommendation one way or the other from me, it’s on Netflix right now – in 4K, even! – if you feel like rolling the dice.