July Fourth weekend is typically one of the biggest for the Hollywood studios. This is, after all, the lucrative weekend that Will Smith spent many a summer lording over with effects-filled extravaganzas. (This year, he seems to have handed the reins over to his son, who continues to kick butt in the li’l blockbuster remake of ‘The Karate Kid.’) This July Fourth weekend, we only have two big contenders, and both of them opened earlier this week: M. Night Shyamalan’s would-be franchise starter ‘The Last Airbender’ and the latest in the droning, sex-and-violence-free ‘Twilight’ series, ‘Eclipse.’ It’s not like this summer has been littered with minor Hollywood works that would make perfect fall-back fodder for this weekend, either. (This is especially true if, like me, you’ve already seen the masterful ‘Toy Story 3‘ a handful of times.)

Firstly, I could probably write my Weekend Box Office post right now. ‘The Twilight Saga: Eclipse‘ is already kicking much ass. Not only did it break all midnight opening records (with $30 million), but it also made back its budget on the first day it was officially in wide release. Jeezy Creezy. Some estimates have the fang-banging third entry in the deliriously successful series racking up as much as $178 million for the six-day July Fourth weekend. That would just be one spider-web shy of besting the ‘Spider-Man 2‘ $180 million all-time best Independence Day opening back in 2004. Chances are, if you’re a teenage girl or lover of the novels (or are close to a teenage girl or lover of the novels), you’ve already seen the movie and have been taken aback by how ponderous and ineffective it was. Or maybe you were just staring at all the bad wigs.

Equally dreadful is M. Night Shyamalan’s ‘The Last Airbender.’ I know that it’s become very hip to rag on James Cameron’s ‘Avatar.’ But watching ‘The Last Airbender’ (which briefly entered into a title-dispute feud with the sci-fi epic, since the cartoon the movie is based on is called ‘Avatar: The Last Airbender’), I was struck by the power of simplicity and narrative focus in Cameron’s film. ‘Avatar’ has an immediate and emotionally identifiable through-line. It doesn’t get cluttered by a bunch of needless subplots that complicate and muddy the message or the entertainment value of the movie. Hollywood now almost exclusively makes movies for 13-year-old boys. That much is a given. We have to focus on the craft of these fluffy entertainments and whether anything about them actually rings true on any kind of emotional level. Oh, and whether or not they’re entertaining, which ‘The Last Airbender’ most certainly is not. 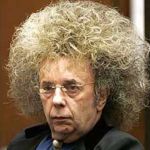 On the indie front, there are a bunch of so-so releases that I haven’t seen yet and aren’t worth devoting that much digital ink to. ‘Love Ranch‘ is about a Nevada whorehouse. It stars Helen Mirren and is directed by her husband, the chronically underrated Taylor Hackford. (Seriously, the dude is going to be seen as a legend in a couple of years.) The reviews on this one are pretty tepid, unfortunately. It currently clocks a 36 on Metacritic.

There are also a couple of documentaries. ‘The Agony and the Ecstasy of Phil Spector‘ is about the tortured “Wall of Sound” pioneer that fatally shot a B-movie actress in his home a few years ago. This one has a 75 on Metacritic. Then there’s a doc called ‘Great Directors,’ which I’m interested in seeing in a “wait until it comes on DVD and put it on while I’m folding laundry” kind of way. It’s about great directors, obviously, and has racked up a 48 on Metacritic.

Because Monday’s a holiday, I’ll see you back here on Tuesday for the box office roundup. Watch out for next week. There are some ‘Predators‘ on the loose!