All four thrilling films in the ‘Bourne’ franchise will get exclusive Blu-ray SteelBooks at Future Shop Canada this winter.

From the film synopsis for the most recent entry, ‘The Bourne Legacy‘:

The Bourne Legacy pulls back the curtain to expose a darker layer of intrigue, a deeper mythology, and a new hero who must battle to stay alive when his program suddenly becomes a liability. The Bourne Legacy is exactly that – the legacy – the aftermath – of what’s come before.

Bourne’s public exposure at the end of The Bourne Ultimatum sparks a bonfire that threatens to burn down decades of research and development into the building of better spies and warriors. Audiences will discover that there are actually a variety of intelligence programs, that the CIA’s Treadstone was but one of the early developments and that Bourne’s actions are creating a tremendous anxiety that other programs may be exposed.

The SteelBook will be exclusive to Future Shop in Canada on December 11th. The design of the case prominently features an image of actor Jeremy Renner in an action pose. (Click the images below to enlarge.) 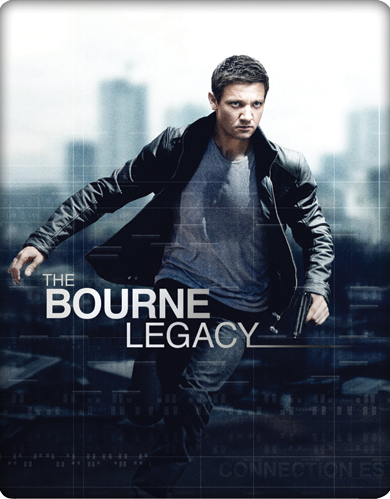 The Blu-ray/DVD/Digital Copy combo pack will feature 1080p video and a DTS-HD Master Audio 7.1 soundtrack. Notable supplements for this release will include:

On the same date, Future Shop will also have a set of matching SteelBooks for the first three films starring Matt Damon: ‘The Bourne Identity‘, ‘The Bourne Supremacy‘ and ‘The Bourne Ultimatum‘. These will sell for $19.99 each (shown below). 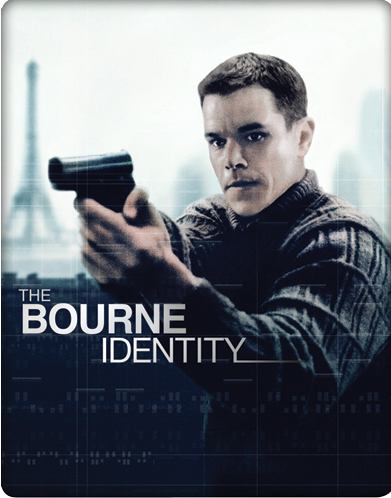 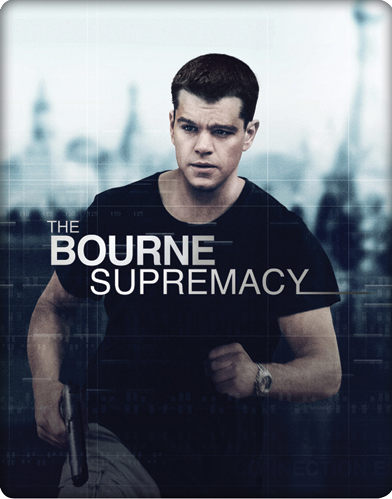 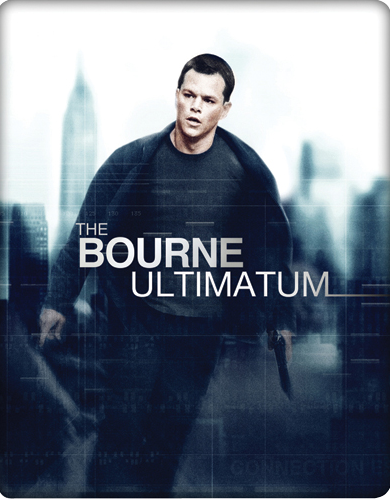 The SteelBook for ‘The Bourne Legacy’ can be pre-ordered here for $27.99 CAD. Note that Future Shop still won’t ship outside of Canada.