Lord only knows how many books I’ve read on filmmaking or about the making of particular movies over the last couple of decades. While some are fairly mundane and straightforward, many more are intriguing and can offer insight into a specific production. No matter what, the approach and theme of these books are generally the same. They always take the perspective of the movie’s creators or those intimately involved with behind-the-scenes knowledge. I can say, with confidence, that ‘Jaws: Memories from Martha’s Vineyard’ is perhaps the most memorable that I’ve ever had the pleasure of reading. This one does the opposite of other making-of books. It looks at a major Hollywood production from the point of view of those outside the Hollywood system.

It’s almost too easy to exalt this book, which would nicely decorate anyone’s coffee table with a kind of prestige and class, as THE definitive book on Steven Spielberg’s ‘Jaws‘, or “the one that fans have been waiting for!” It wouldn’t be wrong to call it that either. This large, hulking, 312-paged mass of photos, notes, interviews and newspaper reprints is, by far, the most comprehensive and detailed ever done for the classic horror film. The book by Matt Taylor is something that any respectable movie buff and cinephile should have in his or her home. No other book has offered such a unique and fascinating perspective on the making of any film. 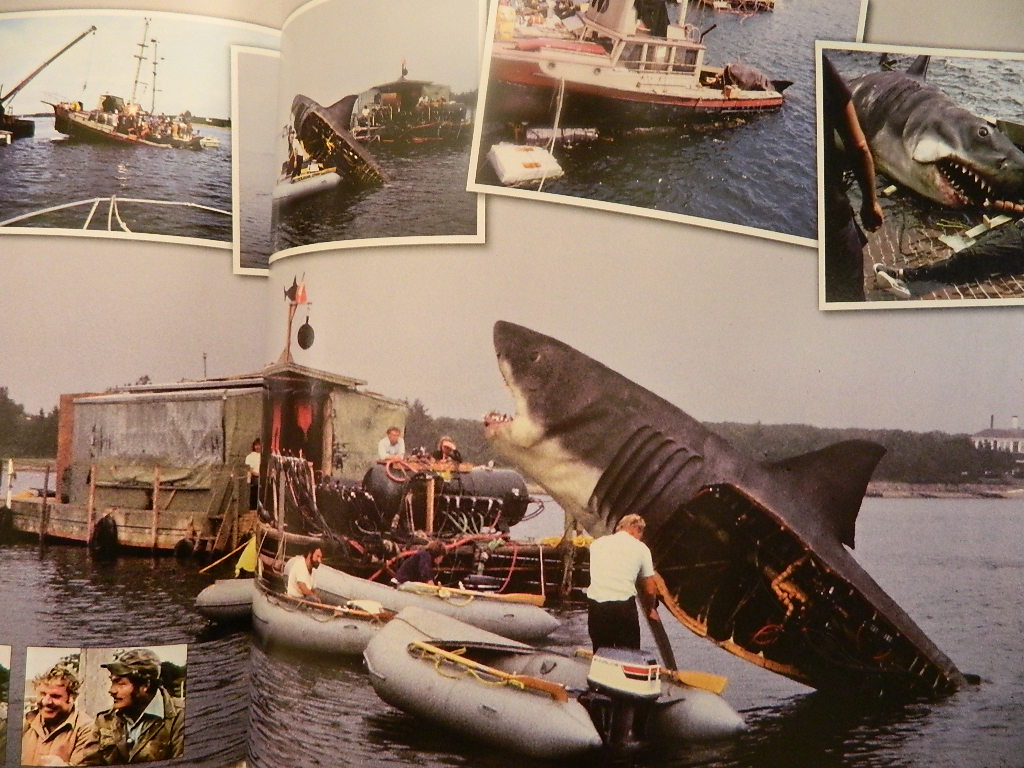 The immense impact that ‘Jaws’ had on filmmaking is well-known. The movie was largely responsible for instigating the summer blockbuster culture that Hollywood continues to thrive on. But what about the impact and effect it made upon the quiet, close-knit community where it was filmed? The long convoy of vans and trucks was viewed by locals as an invasion and an irritating disturbance. What of the people who were unfamiliar with the process of making movies and were unaccustomed to the noise, the huge lamps used in the middle of the day, or strangers building sets and ramps on their land? What sort of an impression did the production leave on the island south of Cape Cod?

This is the beauty and charm of Taylor’s ‘Memories from Martha’s Vineyard’. With the help of Jim Beller, a ‘Jaws’ fanatic and memorabilia collector, readers are given an unprecedented perspective on the making of what many at the time, including the local residents, originally shrugged off as an expensive but forgettable B-picture. Although we get a few words from folks like production designer Joe Alves and screenwriter Carl Gottlieb sprinkled throughout, the book is mostly dedicated to the voices of the islanders, who share memories and anecdotes of what they saw, heard and experienced when Hollywood invaded their town.

Because Spielberg wanted some local color in his movie, he invited residents to ad-lib some scenes. Many of the voices in the book come from people who worked as extras, and who talk about the tiresome and rather annoying process of shooting a scene such as the shark hunt. The patience of the few men lucky to work that day wore thin by the afternoon, to the point where a grumpy Henry Carreiro told Richard Dreyfuss’s Hooper to walk straight off the dock when he asked for a good place to eat. Other islanders were even luckier and received more prominent roles, such as Chris Rebello and Jay Mello, who played the Brody brothers. Lee Fierro, who played Mrs. Kintner, talks about feeling guilty for slapping Roy Scheider seventeen times before Spielberg was finally happy. More importantly, Fierro adamantly insists that her refusal to curse at the character was the real reason why the scene was shot as it was, and how it became one of many memorable exchanges in the film. 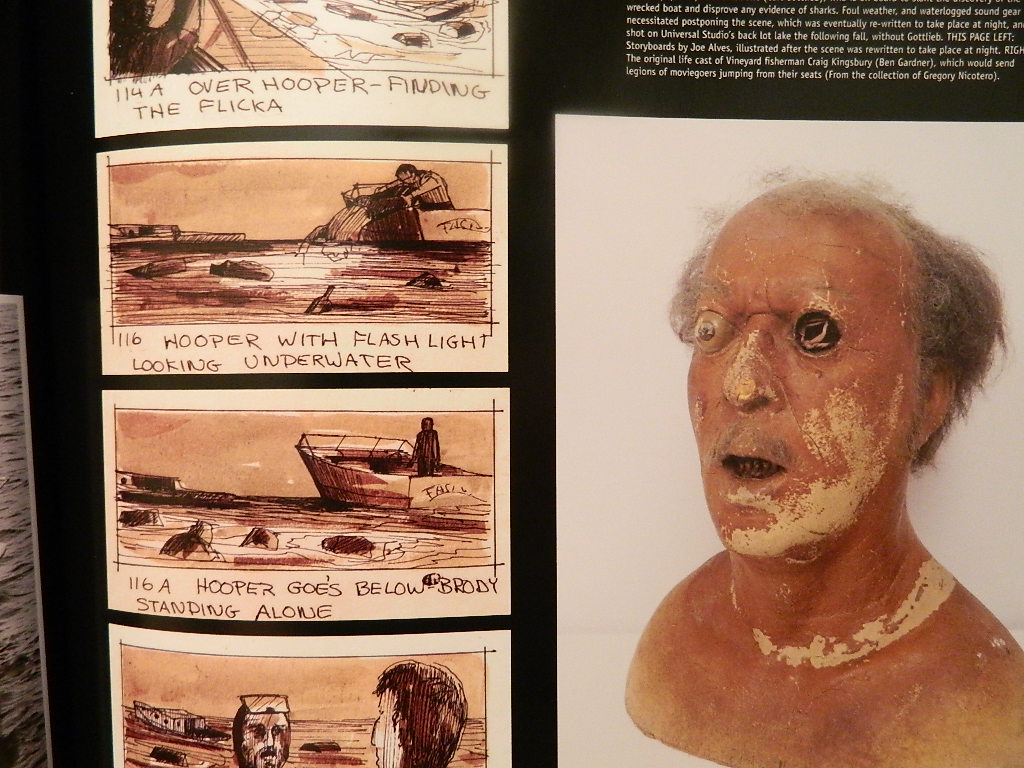 We also read from others who worked behind the scenes, folks who knew better about life on the island or how to do certain things more efficiently than any Hollywood suit. It’s remarkable to read how their input on the production is partly the reason that the movie works as well as it does. Robert Shaw’s performance as the inimitable Quint is largely influenced by the island’s local legend Craig Kingsbury. Standing six feet three inches, the man had lived an amazingly colorful life and became great friends with the British actor during his stay at the Vineyard. Although Kingsbury never makes an appearance in the film, his face is recognizable because he also provided his old seadog features as the underwater floating head of unlucky fisherman Ben Gardner.

One whole section, the first half of Chapter 3, is dedicated to Lynn C. Murphy, whose mechanical insights and boating skills quickly became an invaluable service to the special effects team. According to several of the comments, it could be argued that Murphy also made movie history for his assistance and input in perfecting the “sea sled fin,” which looked like a real Great White was on the hunt during many scenes. Even more surprising is learning that he was part of the genius behind my favorite moment of the entire film, the “breakaway pier” scene. It was Murphy’s idea and design that went into making one of the most suspenseful and terrifying sequences in movie history, when a piece of the pier slowly turns around and moves towards Charlie and Denherder for the attack.

Probably the most fascinating and striking aspect of ‘Memories from Martha’s Vineyard’ is reading from other locals who had the least to do with the production. Several stories come from those who remember from childhood hanging out nearby or on the set as certain scenes were being filmed. More importantly, when the production of ‘Jaws’ arrived on the island, the U.S. was going through a very difficult recession, so several people were in desperate need of work and business. Spielberg and his team felt like a sense of relief at a time when the people needed it the most. At first, locals didn’t appreciate the idea of Hollywood invading their peaceful community, but they soon changed their tune when the monetary benefits became apparent. With the film’s success, the island continued to benefit as a hot tourist attraction. And now, we can read their stories and experiences while also giving cinema fans one of the best perspectives on the making of a genuine film classic.