In Part 2 of our look at a couple of non-musical Vincente Minnelli films, we examine the Warner Archive Blu-ray release of Designing Woman, which highlights the director’s flair for comedy. Gregory Peck and Lauren Bacall romance and spar in this battle-of-the-sexes romp that’s a thinly veiled homage to bygone Spencer Tracy/Katharine Hepburn vehicles.

Designing Woman strongly resembles the classic Tracy/Hepburn comedy Woman of the Year, which chronicles the ups and downs of a hastily married two-career couple who must learn to compromise and accept each other’s shortcomings. While this 1957 quasi-remake lacks some of the snap, crackle, and pop of the 1942 original, it’s still a chic, entertaining affair that coasts along on the strength of leads Gregory Peck and Lauren Bacall and the talent of its director, Vincente Minnelli. The master of musicals brings all his trademark stylings to this light-as-a-feather rom-com – lush color, sumptuous production values, and an air of sophistication, all of which elevate the rather flimsy, predictable story.

That story (which somehow won an Oscar for Best Original Screenplay) concerns a dashing sportswriter (Peck) who meets a confident, independent dress designer (Bacall) while on assignment in L.A. After a whirlwind romance, they impulsively wed and return to New York City, where they resume their respective careers, try to merge their very different lifestyles, and come to terms with each other’s past relationships and current crop of eccentric friends. Subplots involving Peck’s recent fling with a TV star (Dolores Gray) and efforts to expose a corrupt boxing promoter add necessary complications, and some incisive points about sexual and gender roles provide a bit of welcome substance. Some jabs at television and sports provoke a few chuckles, and though the repartee never rises to the heights we expect, it’s clever enough. Minnelli even tosses in a couple of musical numbers for Gray, who possesses a primo set of pipes and steals focus whenever she’s on screen. While the film never quite adds up to the sum of its parts, it’s all so breezily presented, you won’t really notice, or care, until you reflect on it all after it’s over.

Peck is no Tracy and Bacall is no Hepburn, but once you get past that, it’s easy to accept their relationship and enjoy their performances. Neither are known for their comedic talents, but they handle the material well and create a potent chemistry. Interestingly, Bacall’s part was written with Grace Kelly in mind, but after she married Prince Rainier of Monaco, she withdrew from the project. When she backed out, so did James Stewart, who was eager to work with Kelly again after their steamy success in Alfred Hitchcock’s Rear Window a couple years before. That paved the way for Peck, who was eager to play a kick-up-your-heels kind of part after the rigors of two heavy dramas, Moby Dick and The Man in the Grey Flannel Suit. In addition, Bacall’s husband, Humphrey Bogart, was in the final stages of his battle with terminal cancer during shooting, but any strain Bacall may have been under at the time doesn’t show up at all in her performance. (Bogart died in early January 1957, just a few months before the movie’s premiere.)

A host of recognizable supporting actors populate the film, many of whom would go on to great success in the medium the movie satirizes – television. Fans of classic TV will enjoy spotting Chuck Connors (The Rifleman), Jesse White (the Maytag repairman), Edward Platt (Chief in Get Smart), Madge Blake (Aunt Harriet in Batman), and Richard Deacon (Mel Cooley in The Dick Van Dyke Show), all of whom add some pep to the proceedings. Designing Woman is all about personality, and in addition to the performers, the picture’s costumes, sets, and lush cinematography (by the esteemed John Alton) exude plenty of it. At just under two hours, the film runs a few minutes too long, but despite some superfluous scenes, it never really drags.

Minnelli was one of Hollywood’s most elegant directors, and the tailored look of his dramatic and comedic films sometimes dulls their impact. Yet in the case of Designing Woman, the abundance of style cleverly masks the film’s shortcomings and transforms what should have been a bland brew into a bubbly champagne cocktail. Though its buzz may be brief, it’s pleasant while it lasts.

Designing Woman epitomizes MGM gloss, and Warner Archive’s beautiful 1080p/AVC MPEG-4 transfer showcases its vibrant, lush color, sumptuous sets, and chic costumes. Excellent contrast and clarity, rich black levels, crisp whites, and sharp, glamorous close-ups distinguish this silky presentation that maintains a distinct film-like feel. Light grain supplies a bit of necessary texture and only a few stray marks dot the print. One scene looks as if it might have been drawn from a different source, but that’s the only blemish on this superior effort.

The DTS-HD Master Audio 2.0 mono track is free of any age-related hiss, pops, and crackles, and provides clear, well-modulated sound. Andre Previn’s melodic score and Dolores Gray’s full-throated vocals sound great, and all the dialogue is easy to comprehend. (The audio effects employed to highlight Peck’s hangover early in the film are especially clever, effective, and robust.)

The only disc extras are a vintage promotional interview with MGM costume designer Helen Rose (who reportedly came up with the idea for the film) and the movie’s original theatrical trailer. 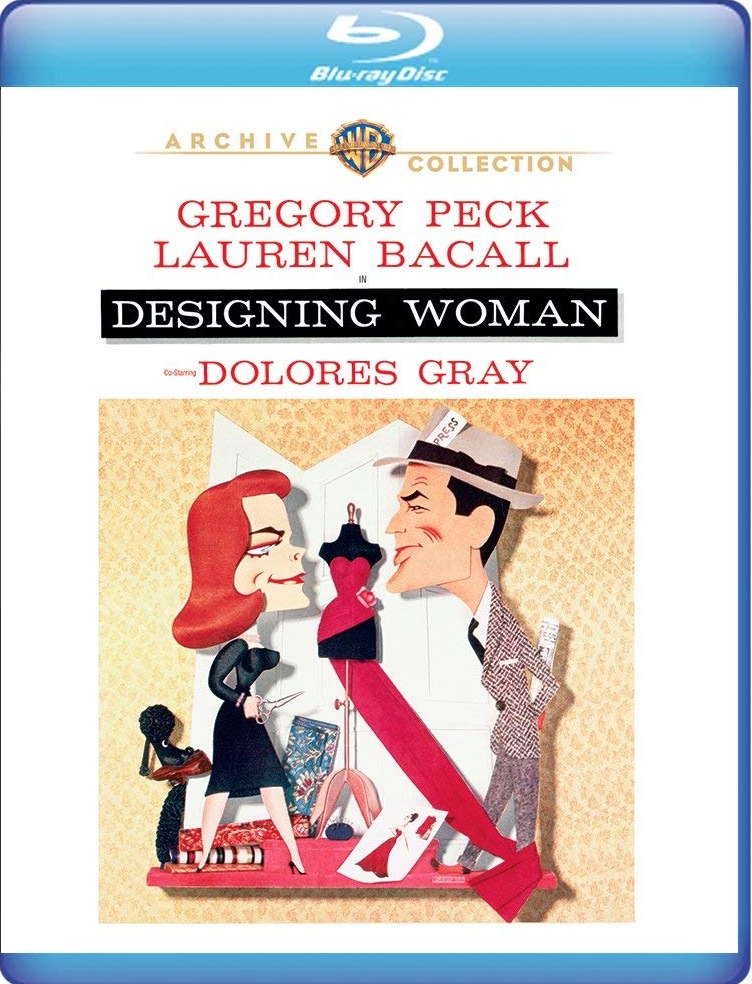