When was the last time you revisited Dr. Horrible and his evil misdeeds? Being only 42 minutes long, ‘Dr. Horrible’s Sing-Along Blog’ is one of the best short films of our time.

At first, we thought that the Hollywood writer’s strike of 2007 – 2008 would ruin our entertainment. Our favorite television shows stopped shooting new episodes and movie production halted. But then Joss Whedon had an idea. Why not create an inexpensive, yet professionally-done short film with well-known actors, a simple plot, and great music? ‘‘Dr. Horrible‘ was born.

Captain Hammer singing: “So I thank my girlfriend Penny. Yea, we totally had sex. She showed me there’s so many different muscles I can flex. There’s the deltoids of compassion, there’s the abs of being kind. It’s not enough to bash in heads. You’ve got to bash in minds!” 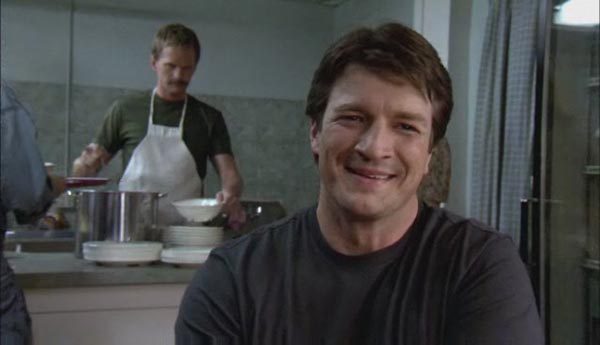 With everything that ‘Dr. Horrible’s Sing-Along Blog’ accomplishes, it’s hard to think that the movie only runs a mere 42 minutes. There’s so much packed in here, but there’s still time to sit back and laugh at all the clever, witty lines. This is a movie that I’ll revisit again and again, because there’s always something new to catch. All reports indicate that a sequel is on the way. I can’t wait.