Literally the first thing you see in ThanksKilling is a closeup of an enormous exposed breast, and we’re not talking turkey here. Whoosh! The camera pulls back, cutting between an inexplicably topless pilgrim fleeing in terror and Predator-style poultry-vision. A turkey hand puppet snarks, “Nice tits, bitch” and then promptly hacks her to bits with a tiny tomahawk.

The fine print on the Native American curse says that this malevolent creature will once again roam the Earth in another 505 years. It’s further prophesized that the first white folks that Turkie comes across will be carved up like a… well, I should probably find an analogy other than “a Thanksgiving turkey,” but you catch my drift. As curses go, a half-millenium is an awfully generous break between vengeful killing sprees. Alas, for five college pals heading home for Thanksgiving, they’re in the wrong place at the wrong five-hundred-five-years-later time. 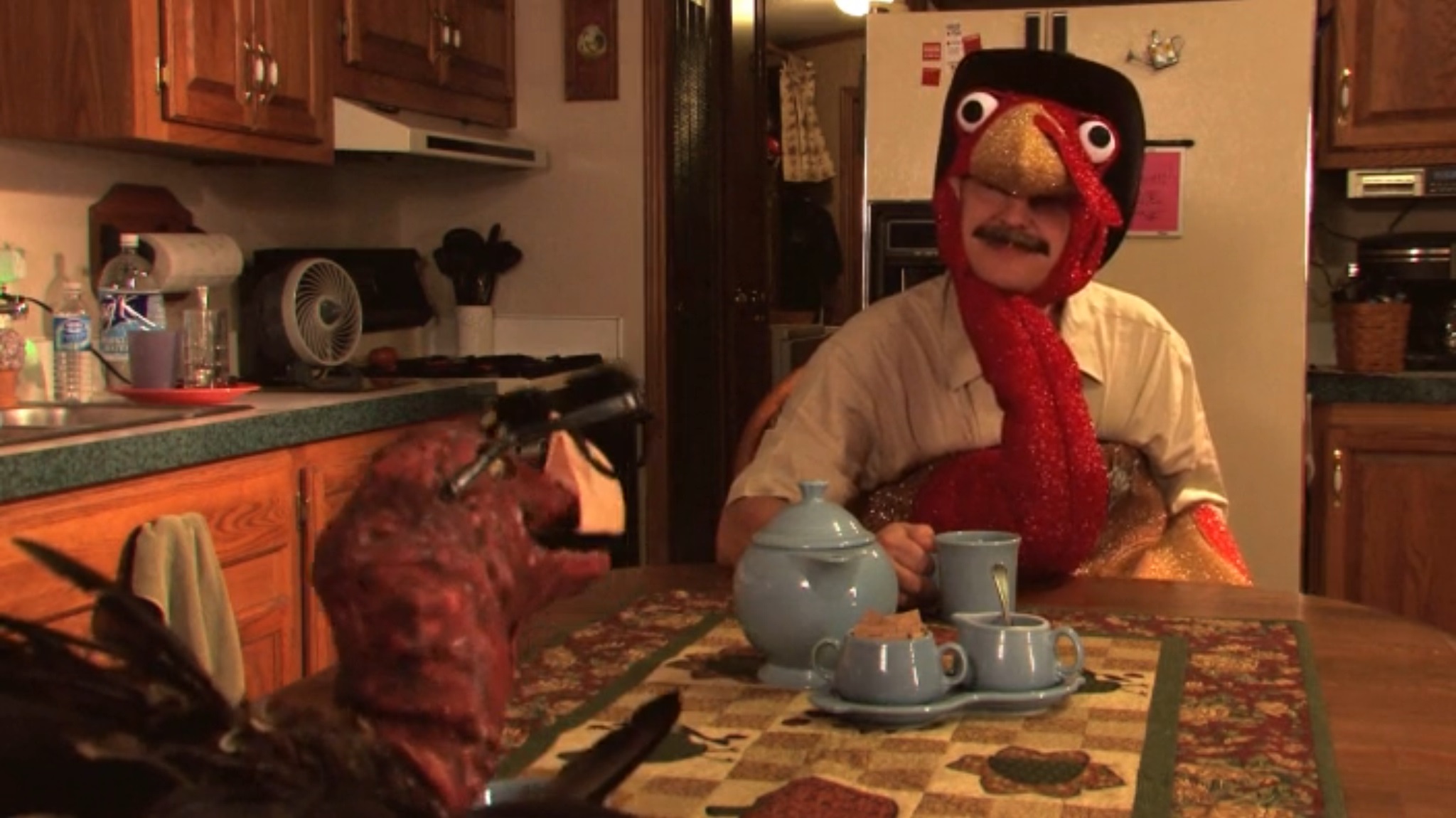 Though I can’t claim to be privy to the secret origins of ThanksKilling, I’ll venture a guess that someone weaned on USA Up All Night wondered why there aren’t more Thanksgiving-themed horror flicks. A few thousand bucks and a rubber hand puppet later, writer/director Jordan Downey made dreams come true. In that proud Troma tradition, ThanksKilling is at its best when it’s careening clear over the top. The drive-in totals include the threat of hitchhiking turkey sex, a cigar-chomping poultry puppet tossing a teenager his dad’s severed head, and a post-coital Turkie screaming, “You just got stuffed!” At least he’s a responsible mass-murderer, taking care to don some gravy-flavored protection for his big sex scene. There are also hysterical homages to Alien and especially Silence of the Lambs. The movie delivers the best tongue-ripping this side of Blood Feast. And, I mean, c’mon: 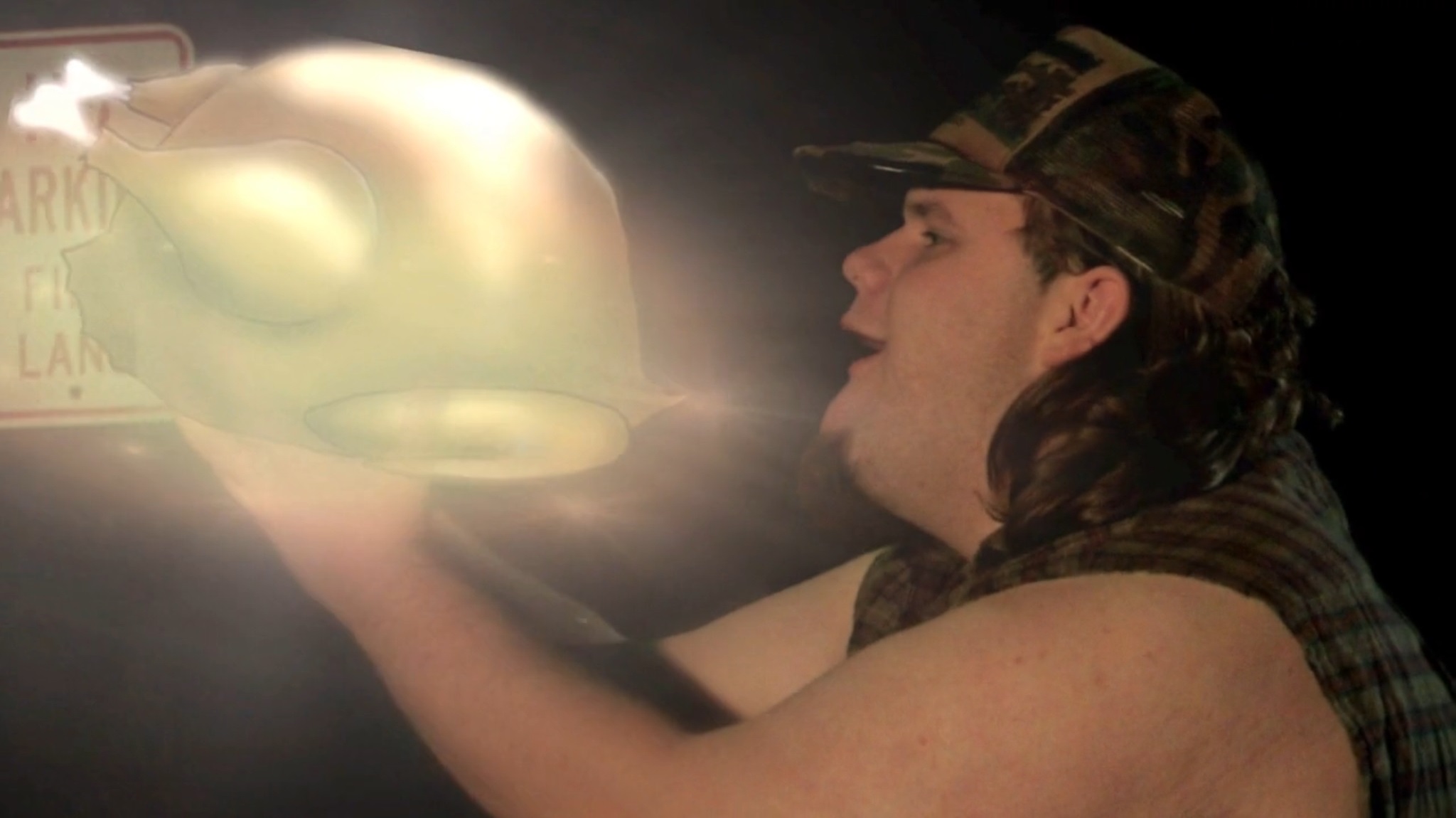 Oh, if only ThanksKilling could be that consistently ridiculous. Despite barely crossing the hour mark minus credits, the pace has a tendency to drag. Turkie’s one-liners tend to be either be groan-fests (“Well, I took this here axe, and and I axe-identally cut him. Get it?! Axe-ident.”), barely recognizable as jokes (“Gobble gobble, motherf’er!”), or, more frequently, fourth-grade insults (“You kids are retarded!”). Chances are that you won’t be startled to hear that the performances don’t elevate the less-than-sterling writing either. Sharper gags, more clever writing, or fewer way-past-their-sell-by-date JonBenét Ramsey jokes would’ve gone a long way toward smoothening out the lumps of this incredibly low budget production. If you told me ThanksKilling was shot on a camcorder with the on-set dialogue recorded with that crappy built-in mic, I’d probably believe it.

Still, despite the fact that ThanksKilling more often than not is the wrong kind of terrible, its most transcendentally absurd moments almost make up for that. The movie gets so nuts – so I-can’t-believe-anyone-could-even-think-of-this – that its siren song kept bringing me back in, even though I knew I was moments away from being disappointed again. As lackluster as its hit-to-miss ratio is, the movie’s few scattered highs are just too much to resist. Thank you, ThanksKiling, for making us laugh at falling in love… again. 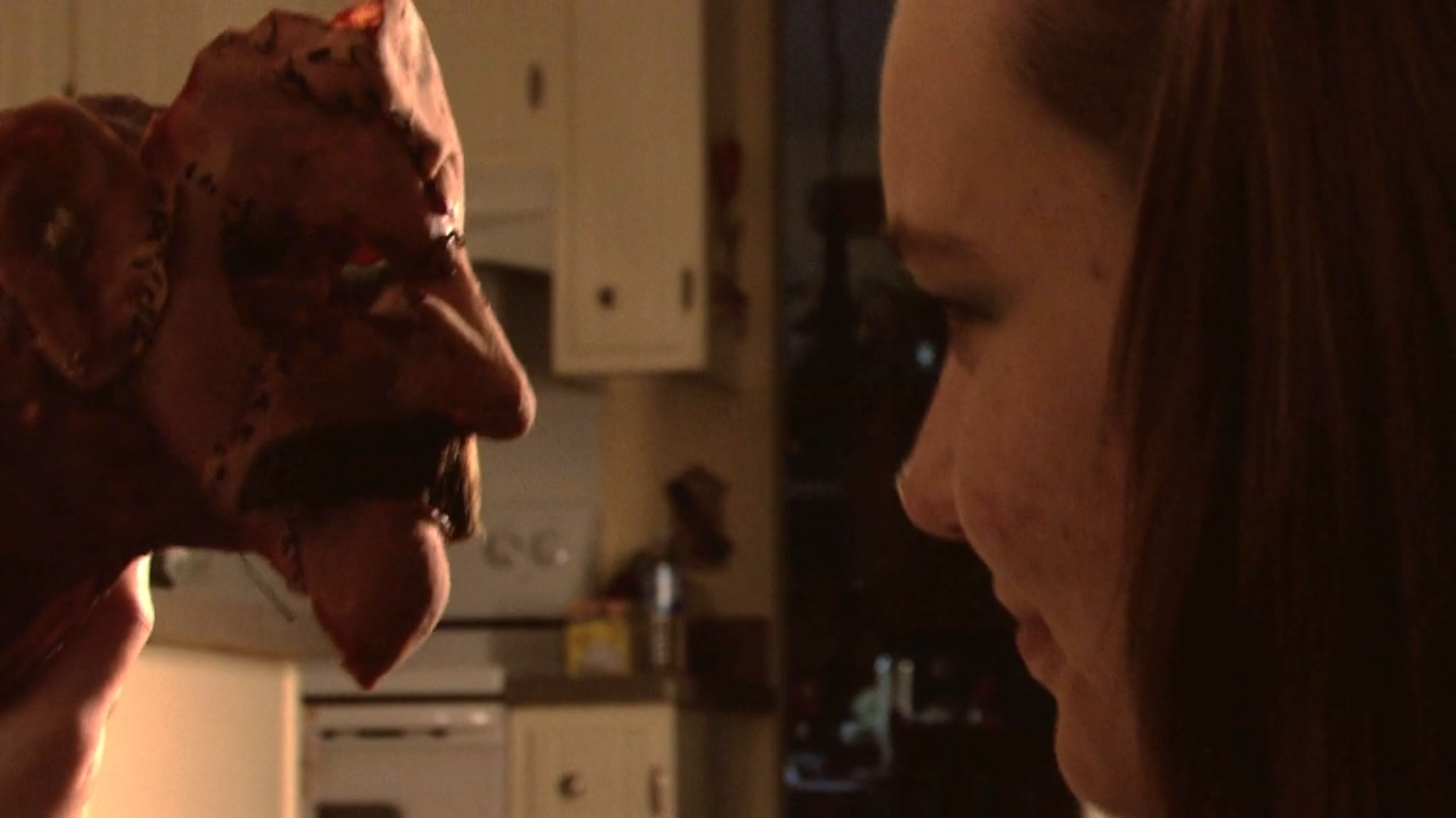 ThanksKilling and ThanksKilling 3 are both currently streaming on Amazon Prime Video. If you’re puzzled why ThanksKilling 2 didn’t make the cut, then… well, watch ThanksKilling 3, and it’ll all make sense. There are DVD releases as well, but if you want to experience the ThanksKilling saga in all its high definition splendor, you’re stuck with streaming. 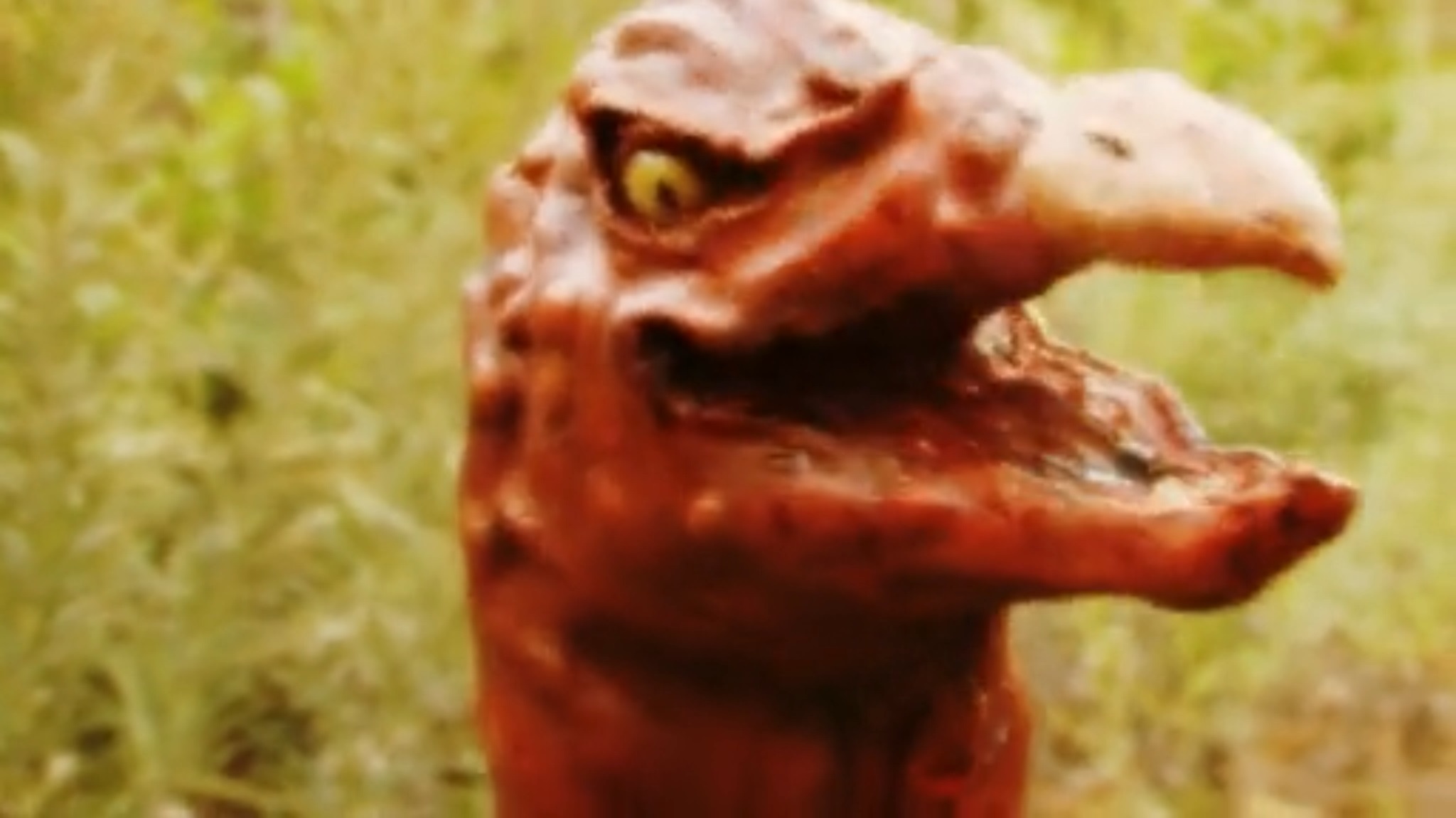 For those aching for other Thanksgiving horror options on the usual streaming services, I wrote about Lifetime Original Kristy a few months back. Rivaling ThanksKilling in its all-consuming ridiculousness is Blood Rage, a doofy ’80s slasher available on Blu-ray from Arrow Video and streaming on Prime.

[Editor’s Note: This will be our last blog post for the week. We’re taking a long weekend for the holiday. That means the staff gets a break from Roundtable duty. We’ll see you back here on Monday. Have a happy Thanksgiving, everybody! –JZ]