After rolling my eyes through the dumb Netflix movie that stole its title, I needed to cleanse my palate by revisiting the original In the Shadow of the Moon, the 2007 documentary about NASA’s Apollo space program. Needless to say, it’s a lot more interesting, even without any time-traveling assassins.

In the Shadow of the Moon

British filmmaker David Sington had made several science documentaries for the BBC when the opportunity arose to partner with NASA on a pair of projects celebrating the agency’s fiftieth anniversary. The first, In the Shadow of the Moon, was released as a theatrical feature, premiering to great acclaim at the Sundance Film Festival. That was followed by a TV miniseries called Moon Machines that aired on the Science Channel cable network.

Whereas the TV series focused on the mechanical and engineering aspects of the program and was largely Earthbound, In the Shadow of the Moon was the splashier project. Telling the story of NASA’s manned missions to bring human beings around and onto the moon between 1968 to 1972, the film is constructed of interviews with many of the original astronauts who were still alive in 2007. Some of the more famous names include Buzz Aldrin and Michael Collins (Apollo 11), Alan Bean (Apollo 12), and Jim Lovell (Apollo 13). They tell many fascinating stories about their experiences traveling to space, seeing the moon up close, and (for some of them) walking on it. Of course, the tale of Lovell’s nearly-fatal disaster in space is recounted, though it doesn’t take up a lot of screen time. The filmmakers probably assumed that most viewers would still have Ron Howard’s Apollo 13 movie fresh in mind. (It’s worth noting that Howard is also a producer on this film.)

Neil Armstrong, who would live until 2012, is seen in vintage clips, but preferred a quiet life out of the spotlight and disappointingly did not participate in this film or record any new interviews.

Most importantly, and the main justification for playing it in theaters, In the Shadow of the Moon includes a wealth of spectacular archival footage from NASA. While the impact of some of the most iconic shots (such as the booster rocket separation) may have dulled from familiarity over the decades, much of the footage had never been released to the public previously. Close-up views of rockets launching, as well as scenes of the astronauts working in the space capsules and moving around the lunar landscape, were carefully restored and are stunning to watch. Considering that the cameras of the time shot on celluloid film, which was cumbersome and had to be frequently reloaded, both the breadth and the quality of these images are amazing.

In a refreshing change from most science documentaries, the film has no voiceover narration and tells its story only through interviews and clips. Although it may not have much revelatory information that space and history buffs won’t already know, it’s a captivating experience to watch and will make an excellent companion piece to the similarly-themed For All Mankind and Apollo 11.

In the Shadow of the Moon was released on Blu-ray in 2012 by Image Entertainment. Unfortunately, that disc is now out of print and is currently only available from third-party sellers. However, at the time of this writing, the movie can be conveniently streamed in HD on Amazon Prime Video.

I actually wound up watching an HD DVD copy that was released in the UK by Film 4 in 2008. I supposed if I had bothered to check for a streaming option beforehand I probably would have gone that route, but pulling out this disc allowed me to use my HD DVD player for the first time in a few years. (It still works fine!)

I assume that the HD DVD shares the same 1080p master as the Blu-ray and streaming versions. The image alternates in aspect ratio from 16:9 for the new interviews to 4:3 for the vintage clips. The archival footage varies in quality. Some of it is rough and grainy and scratched-up, while other parts are gorgeously crisp and clear. The colors are occasionally dazzling. On the other hand, black level is elevated through most of the movie. For reasons I can’t fathom, this even extends to the newer interviews, which look flat and milky. Nevertheless, problems like that are forgivable for a documentary.

The DTS-HD Master Audio 5.1 soundtrack is serviceable. The movie has a nice score, which is pretty much the only thing that extends to the surround channels. Every once in a while, a rocket launch or explosion will deliver some rumble.

The UK HD DVD has almost an hour of additional footage and interviews in the supplement section, plus a featurette about the musical score, and a trailer. The American Blu-ray carried over all of those and added an audio commentary, an intro by Ron Howard and an interview with him. None of these features are available with streaming. 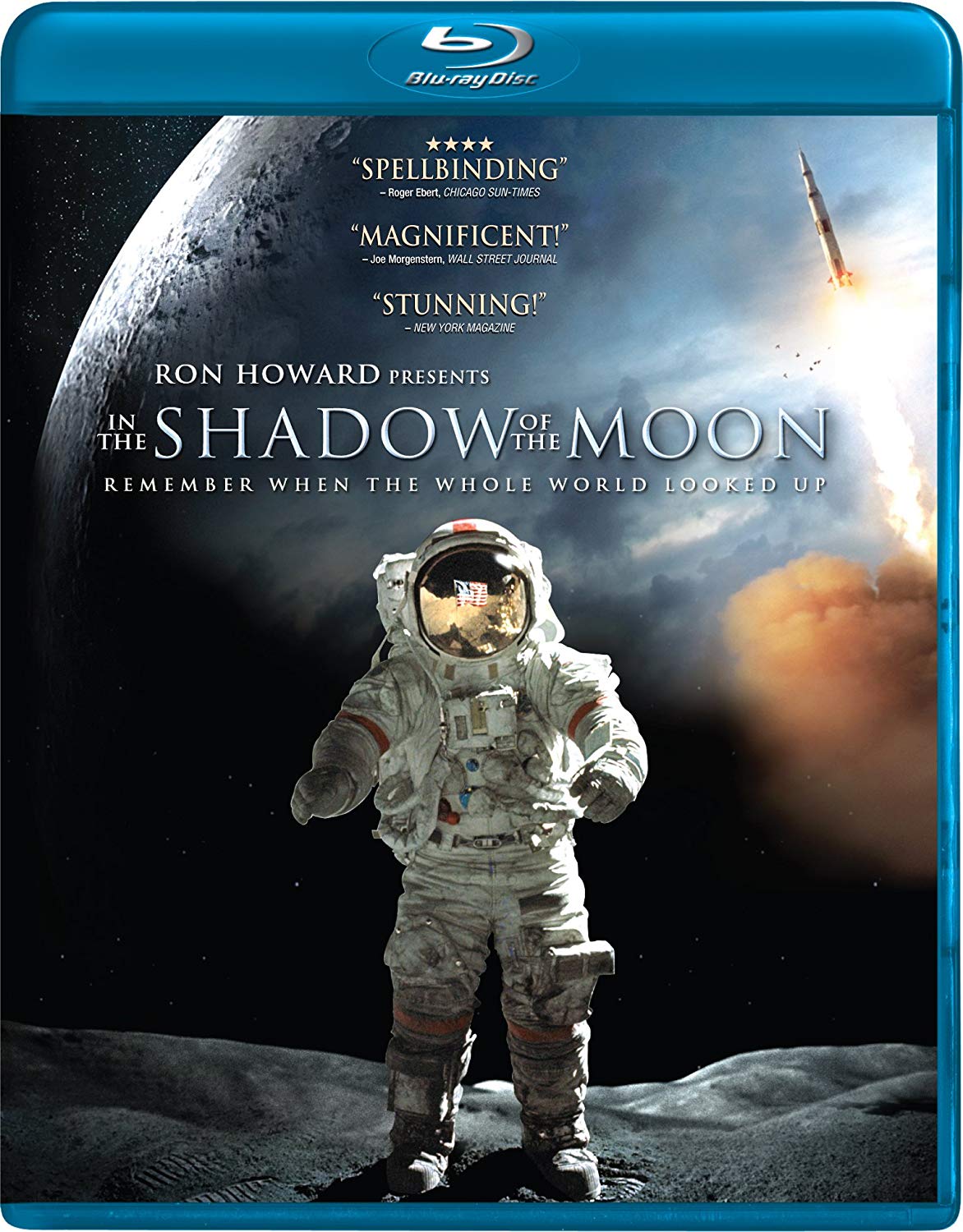