Look, it’s been days since a superhero flick last stormed into theaters. If you’re suffering through withdrawal, I can recommend a little something from the Dominican Republic to take the edge off. I am, of course, talking about ‘Los Super’.

Cómo se dice “No good deed goes unpunished”? After Cristina (Cheddy García) stands up to some local toughs shaking down one of her neighbors in Santo Domingo, she returns home to find the place ransacked and her son missing. Benito (Manolo Ozuna) figures that his longtime crush is already halfway to being a superhero, so he lets her in on a little secret. The backroom of his pawn shop is a dollar store Batcave, complete with costumes and a homebrew crime-fighting arsenal. A couple of training montages later, and it’s time to say ¡Hola! to Duroman (Strong Man) and La Poderosa (The Powerful). 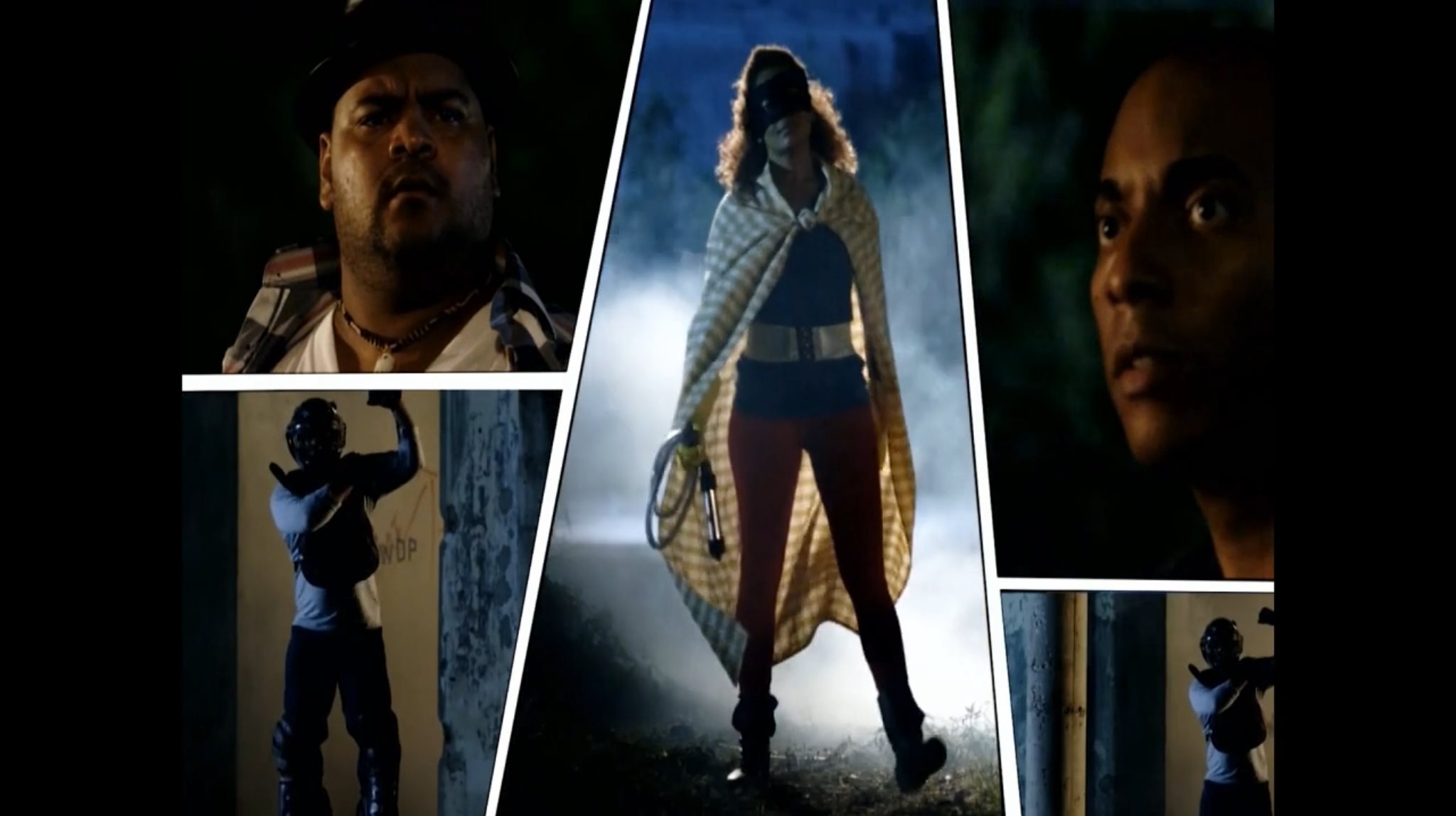 Los Super aren’t exactly the types to hang up their capes after a single successful rescue mission. Before you know it, the two of them have just about cleaned up the mean streets of Santo Domingo. Practically everyone loves their hometown superheroes, including their gangly, not-altogether-reliable pal Belisario (Alan Brito), who rounds out the trio as Superchepa. (That translates to something like “Super Hunchback,” which… beats me.)

As beloved as Los Super are, they’ve made some powerful enemies along the way. At the top of the list is wealthy corporate mogul Vadomal (Cuquín Victoria). He’s desperate to boost his numbers in a contentious presidential run by any means necessary. Vadomal’s latest sinister scheme is to pretend to play hero himself, plotting to secretly taint the city’s water supply and swooping in with the antidote he’s had all along. He’s even done a dry run by poisoning kids’ milk at school. No temas, though; Los Super are here to save the day! 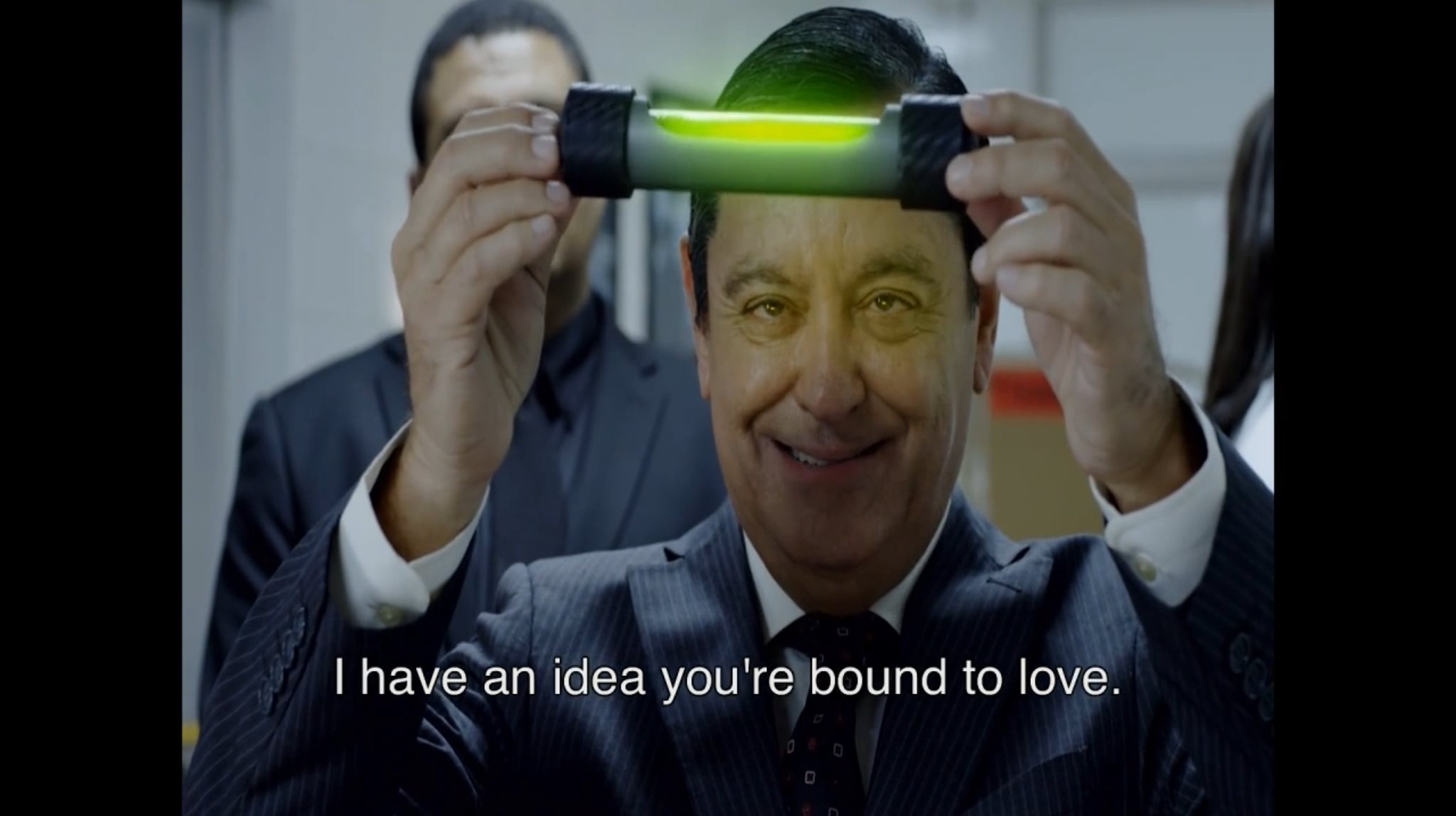 ‘Los Super’ is fun for the whole family! Admittedly, that depends on whether or not your kids are game for a goofy superhero comedy en Español. The movie has no excessively naughty language. Even when Duroman has to take a dump mid-mission, he doesn’t say it right out. The battles royale are Batman ’66-style punches and gadgets, and they’re nothing more intense or extreme than you’d see on Disney XD. There is a woman whose mugging seems like it might devolve into something not exactly child-appropriate, but ‘Los Super’ doesn’t actually go down that road.

Its sense of humor leans on sight gags and straight-ahead slapstick. Benito’s security system – a bowling ball on a chain suspended from the ceiling – conks him in the head repeatedly. Love is in the air between Benito and Cristina, and when he finally musters up the nerve to ask her out, he’s stuck speaking in a squeaky, helium voice. Belisario tries to distract a security guard with animal noises he seems to have only heard on a Fisher-Price See ‘N Say. 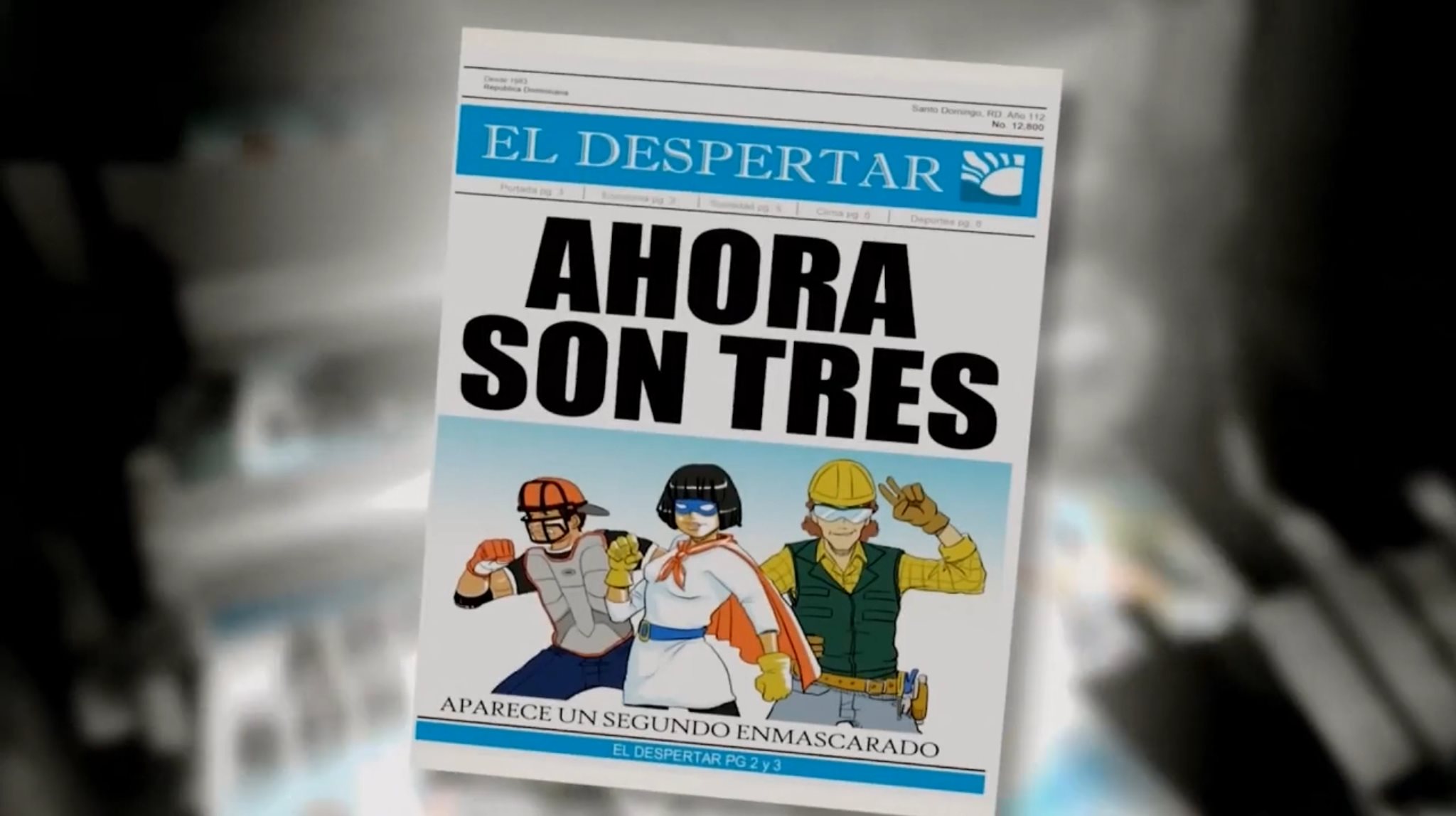 My biggest gripe with ‘Los Super’ is that it keeps pulling its punches. Benito has a wonderfully ridiculous selection of homemade weapons – a plunger-gun, a light-up jump rope, and a “radioactive stick,” to name a few – but the movie doesn’t play those up for laughs or inventive sight gags nearly as often as it should. ‘Los Super’ doesn’t seem to know what to do with Superchepa. He’s comic relief and has a whole redemption arc, but it feels stapled-on, especially with Belisario being in and out of the flick so often.

The movie doesn’t build up to the big, climactic showdown between Los Super and Vadomal that you’d expect either. The head badnik isn’t even around for the lone visual effects set-piece. I appreciate the visual tricks that evoke superhero books – breaking the screen up into comic panels, fights freeze-framed to look like four-color newsprint – but some of them would’ve been more effective if they’d been drawn rather than just using an AfterEffects filter or whatever. 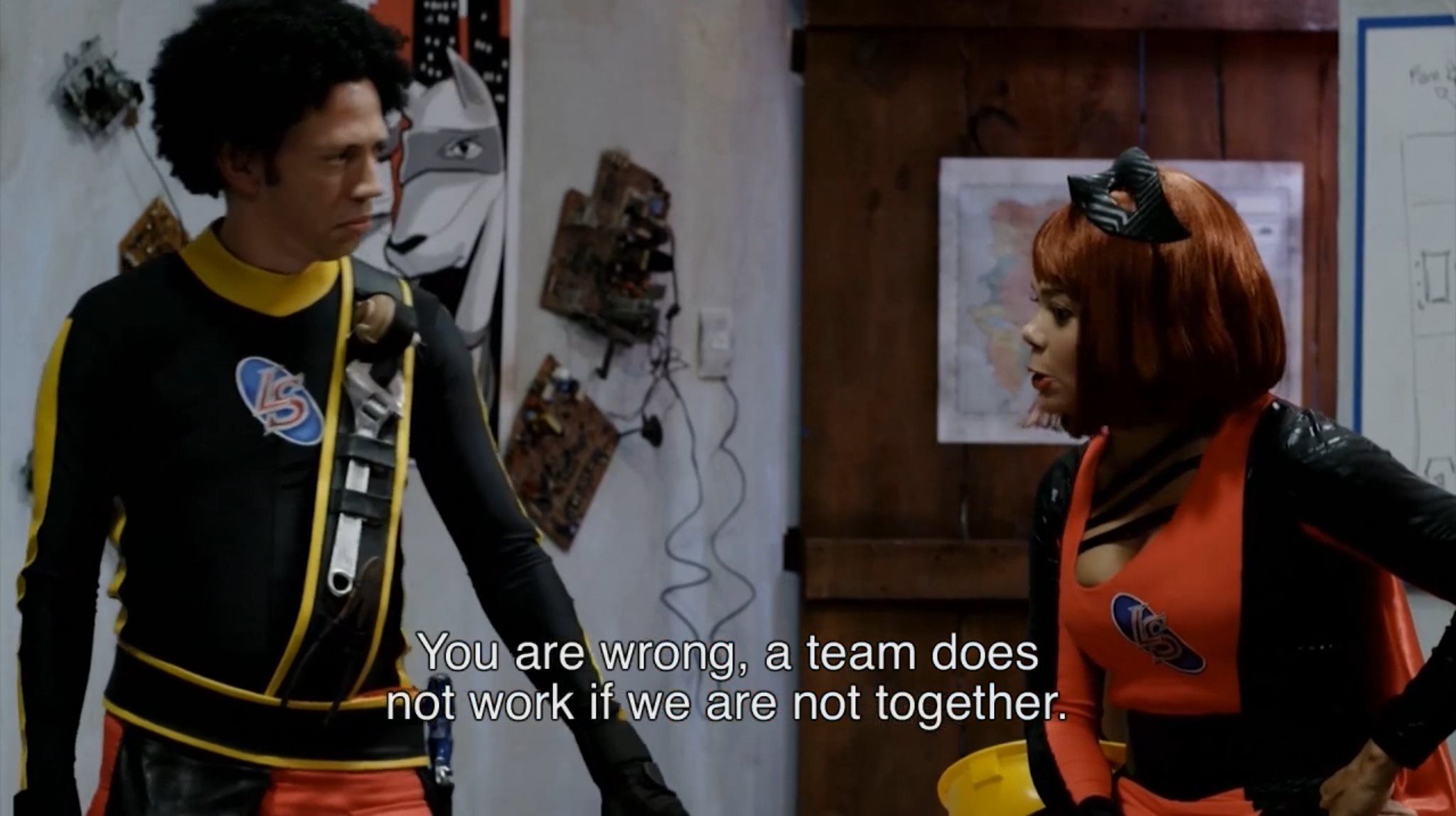 Amazon Video’s presentation of ‘Los Super’ (listed as ‘The Superheroes’) has some strange eccentricities of its own. A huge chunk of the movie is 4:3 and randomly switches to widescreen part of the way through. This isn’t some thematic change, as if the world is boxy and square before superheroes swoop into Santo Domingo but dazzling and wide afterwards. The transition happens after a cut to Benito’s mock-Batcave. No idea why.

The burned-in subtitles spill off the screen at times, like someone forgot to check if what they were typing would actually be visible. The translation can be kind of messy, peppered with typos and grammatical errors. There are some moments where I wasn’t sure if I was reading a poor translation or an idiom that just doesn’t work in English. Say, “I will grab those two [thugs], eat them, and drag them from the palace to the park,” or “You have more gestures than a grocery man.”

I’m not about to champion ‘Los Super’ as some kind of groundbreaking capes-and-cowls satire. Still, this is a fun and different way to see how superhero cinema is perceived in other parts of the world, and it’s just a couple of clicks away on Prime Video.