After several years of proudly owning some great Klipsch speakers from the company’s Reference Series line, I thought it time to make an upgrade. The decision was partly due to noticing my center channel not coming in as clearly or full as the other two front channels. I first picked up on this sometime last year, soon after the summer was over. I made the necessary sound adjustments to keep everything level and sounding good. Nonetheless, I took it as a sign to start shopping around for a replacement in the near future. After a year of saving my pennies and mulling over what I wanted to do, the wife gave me the go-ahead to swap the entire front soundstage with a trio of even better quality speakers.

Of course, with it being so close to the holidays, she also ended the conversation by declaring this as my Christmas present. I should have expected that there’d be a catch. But then, what a great catch! I’d be an idiot to argue with this rather than simply take her offer. She did ask, however, the reasons for buying three speakers when only one was no longer living up to my standards.

Well, to begin…If I’m spending the money for something new, I might as well go for the very best I can reasonably afford. Since first reading about Bowers & Wilkins in the 1990s, and learning that the company’s speakers were the preference for music reproduction, I’ve being eyeing its products and following its growing line of speakers. I also told myself some time ago that the Klipschs would only be replaced with a brand I really wanted.

In addition, and seeing as how B&W is what I’ve been eyeing for a while, the center really should be accompanied by a pair of loudspeakers from the same brand and same series. It’s a good rule of thumb to avoid mis-matching your speakers, especially the fronts. Surrounds are not as crucial when it comes to this, but mixing your brand names in the main stereo speakers is a terrible idea because you risk ruining timbre, harmonics, resonance and the overall distinctiveness of complex tonal frequencies. In other words, and to put it a bit more bluntly, you create a shitty soundstage with unconvincing imaging and movement that lacks any warm presence. For the best audio, the three front speakers must have matching tweeters, both in size and manufacturing material. Therefore, replacing the center channel essentially requires upgrading the loudspeakers as well.

With that in mind, my wife joined me in visiting the only three known stores in our state that sell Bowers & Wilkins speakers. (The other option would be to drive to the next state over.) I first began to consider something in the 800 Series, possibly the HTM2 Diamond along with a pair of 803 Diamonds. Sadly, those are way above my price range. Even used and a decade old, the center channel alone is incredibly costly. So I opted to concentrate on the brand’s next series of speakers. After giving several of them a test drive, I decided on a pair of CM9s and the CM Centre. I would have loved to pick up the Centre 2 instead, but unfortunately its dimensions would conflict with the space in my furniture. No matter, the tweeters remain the same size in all three speakers, which is ultimately the goal when creating the desired soundstage. 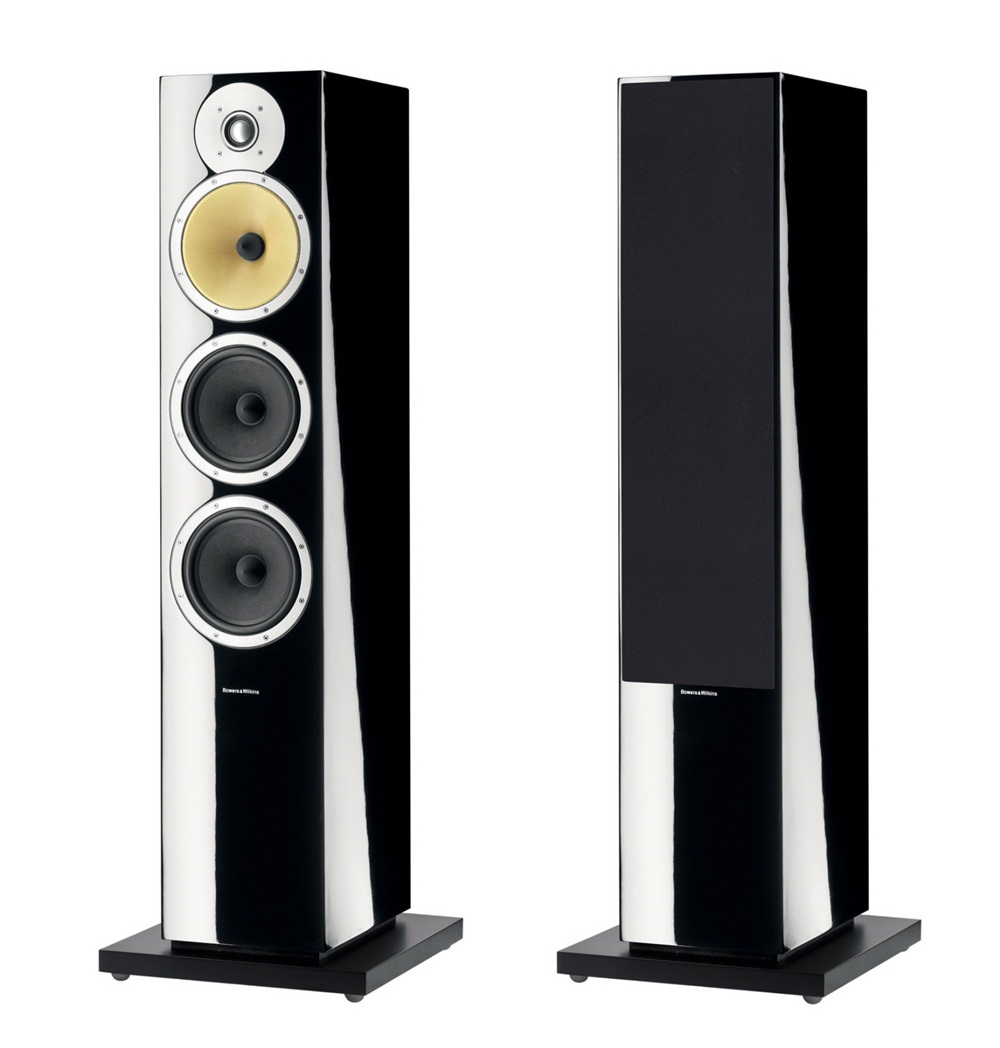 Once at home, I immediately unboxed the trio and placed them about a foot away from the back wall and (for the floorstanding speakers) just over two feet away from the side walls. All three have a stylishly elegant, glossy black finish, which looks very classy in the room. The two CM9s come in at 41″ tall, a foot deep and feature four drivers: a 1″ aluminum dome, one 6″ midrange cone made of woven Kevlar; and two 6.5″ bass cones made of a paper/Kevlar combo. The Centre carries the same aluminum dome, but is accompanied by two 5″ cones also made of Kevlar for the bass and midrange. With placement done, I spent about two hours calibrating and matching the levels with the Klipsch surrounds. I used a combination of test tones from ‘Avia II’, ‘Disney WOW’ and my A/V receiver with THX Ultra2 Plus.

Afterwards, of course, came the time to enjoy the new setup and demo the speakers with a variety of sources. Understandably, I gave the speakers a workout in stereo, using one of my favorite CDs for this: a two-disc best-of album from the Gypsy Kings. The first thing that caught my attention was a less-than-satisfactory bass extension, which I was already aware of from reading several reviews. However, I had no idea that it would be this noticeable. Rather than firm and responsive, the low-end was far too boomy and had the nasty habit of overwhelming the upper end. After closing the ports in the back with the foam plugs that B&W provides with the packaging, the quality in sound changed considerably. With bass better balanced, the higher frequencies at reference level were allowed more detail and rich clarity without being too bright or even the slightest hint of distortion. It’s remarkable the amount of depth and pristine purity within the stereo imaging these speakers can deliver.

Naturally, since these beauties are expected to be used a majority of the time for movies, I had to test all three against some rather demanding film soundtracks. For this, I ran several options stored in the newly-built HTPC, from the obvious with tons of LFE like ‘The Return of the King‘, ‘King Kong‘, ‘Flight of the Phoenix‘ and ‘War of the Worlds‘, to the more subtle but heavily active like ‘Master and Commander‘, ‘Jurassic Park‘, ‘How to Train Your Dragon‘ and ‘Tron: Legacy‘. There were others along the way, but those are usually some of the “musts.” No matter what I threw at these speakers, there was no loss in detail, and frequency response remained accurately sharp throughout. Imaging and refinement in the high-end are simply beyond compare, generating superb transparency and directionality as the smallest sound moves and zips across the screen flawlessly. Not wanting to be left behind, the Centre provides clean, intelligible voices amid the loud commotion.

Matched with a powerful sub, Bowers & Wilkins’s CM line is the most splendid full-range speakers I’ve ever had the pleasure of listening to. Even my wife is convinced of their worth and admits to enjoying music and movies more on these than on the Klipsch speakers. You could say we are now devout believers of B&W products, and I won’t likely ever buy any other type of speaker from here on. In fact, I’m now considering also replacing the surrounds with either a quartet of CM5s or a pair of DS3s and simply moving my RS-52s to the rears. That’ll be a project for another day.