Here in the United States, ‘Indiana Jones: The Complete Adventures‘ was recently released in a pretty swanky Blu-ray box set (aside from the fact that you’re forced to buy the fourth movie, of course). Some fans may quibble over the book-style packaging with slide-out discs, but by and large, Paramount treated the franchise pretty well. Nevertheless, over in the UK, collectors were given the opportunity to buy an even fancier Limited Edition Collector’s Set loaded with neat trinkets. Having just obtained a copy, I thought that this would be a good time for an Unboxed post.

First of all, the entire Blu-ray set is contained within a large box designed to look like an old leather-bound book. Disc specs and details are provided on a removable cardboard backer that slides over the box with a wrap-around strip that goes in the front. Indy’s signature in the lower corner is a nice touch.

(Click on any of the following photos to enlarge.) 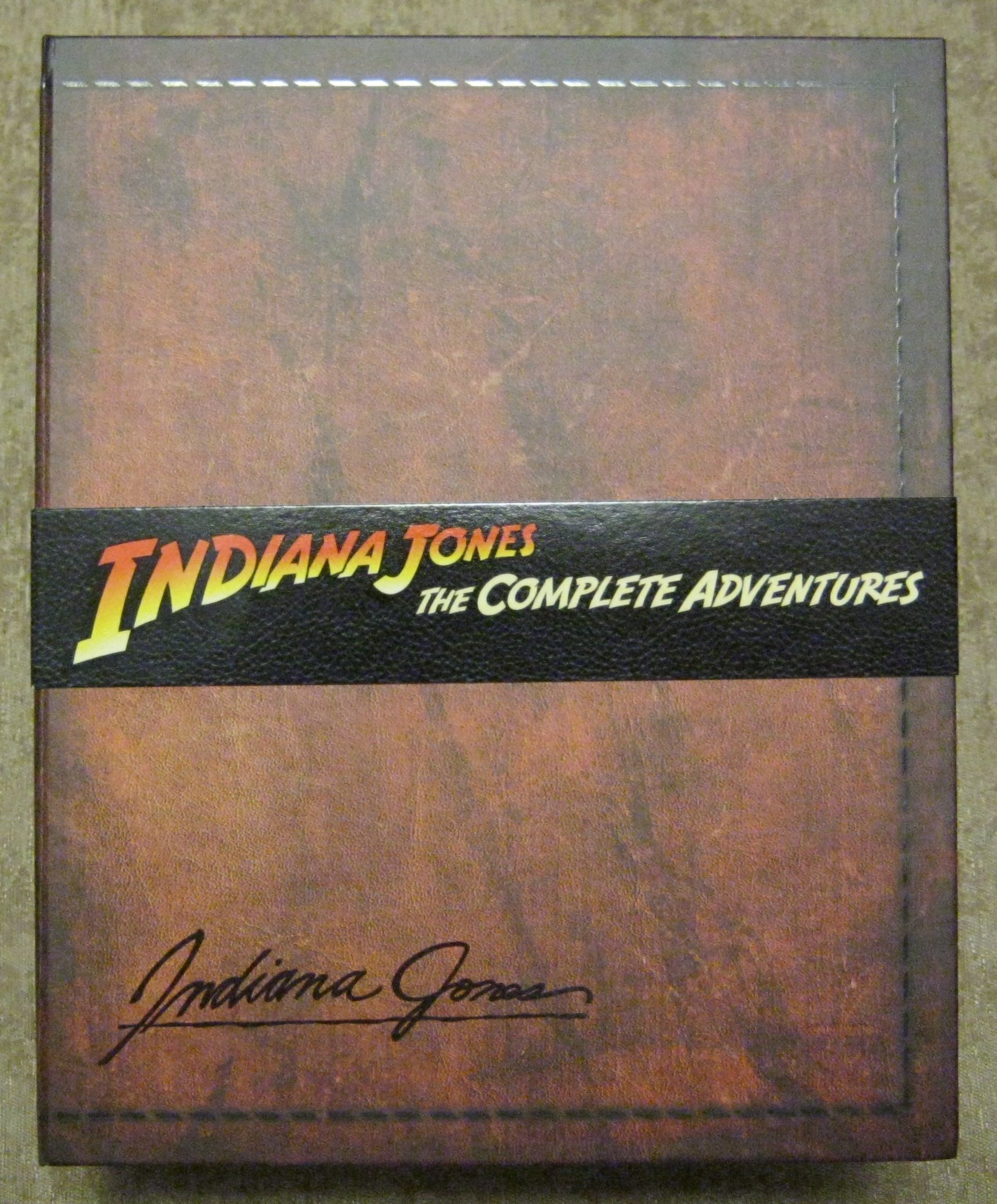 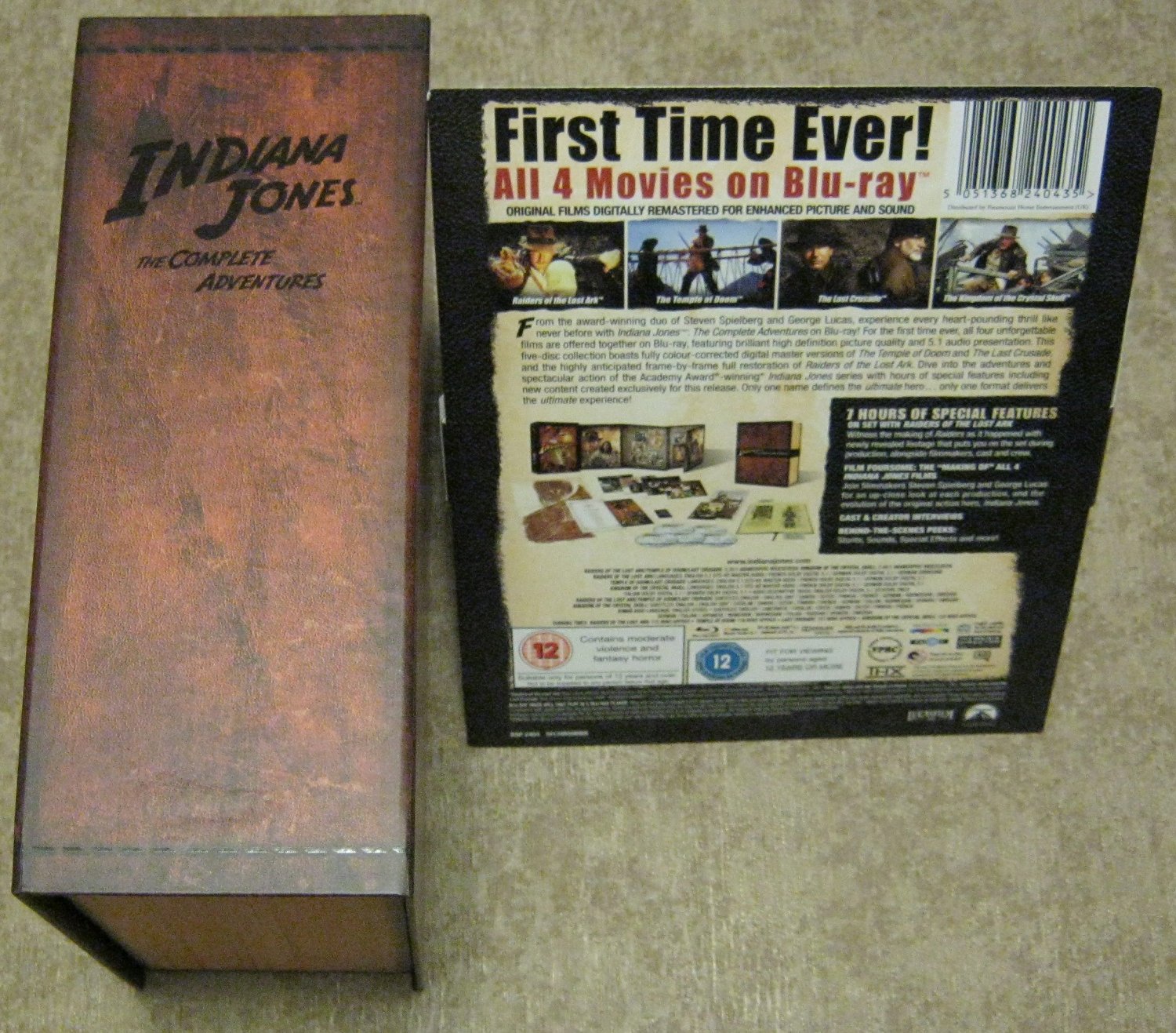 The “book” is of course not really a book. It opens to reveal treasures inside. 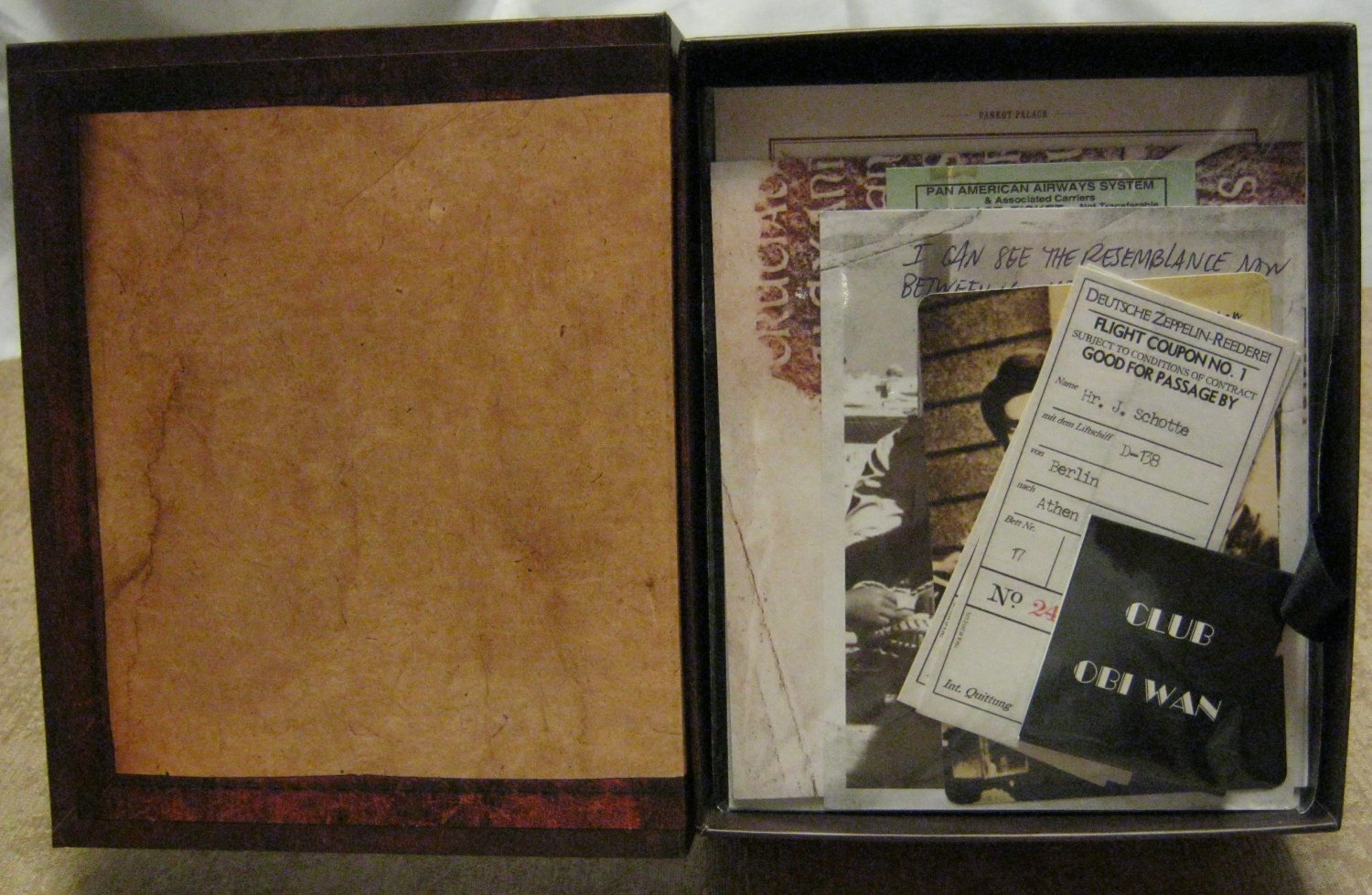 By far the coolest item in the box is this reproduction of Indy’s journal, complete with many pages of personal notes, sketches, maps, photos and news clippings that cover all of his movie adventures. 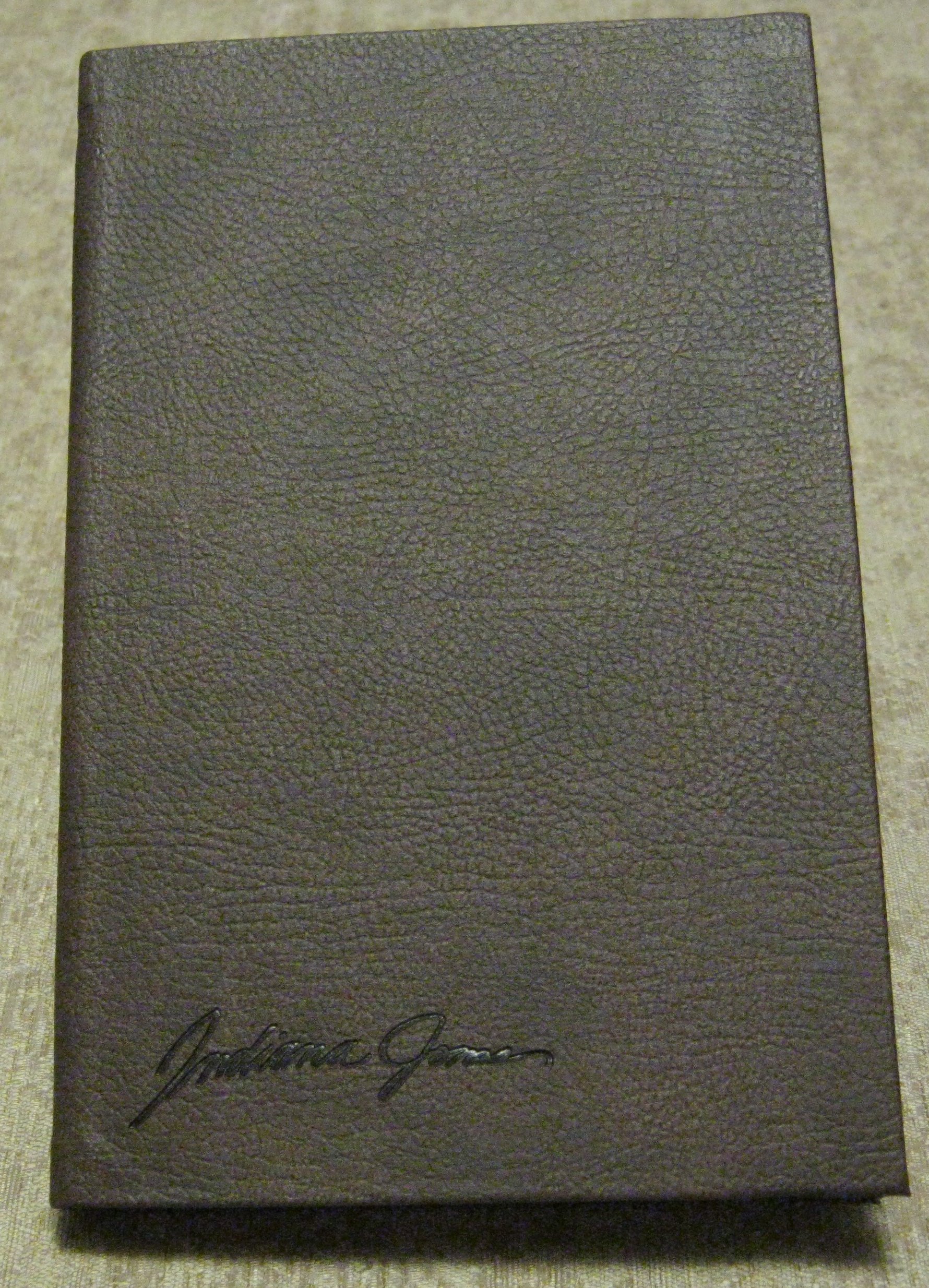 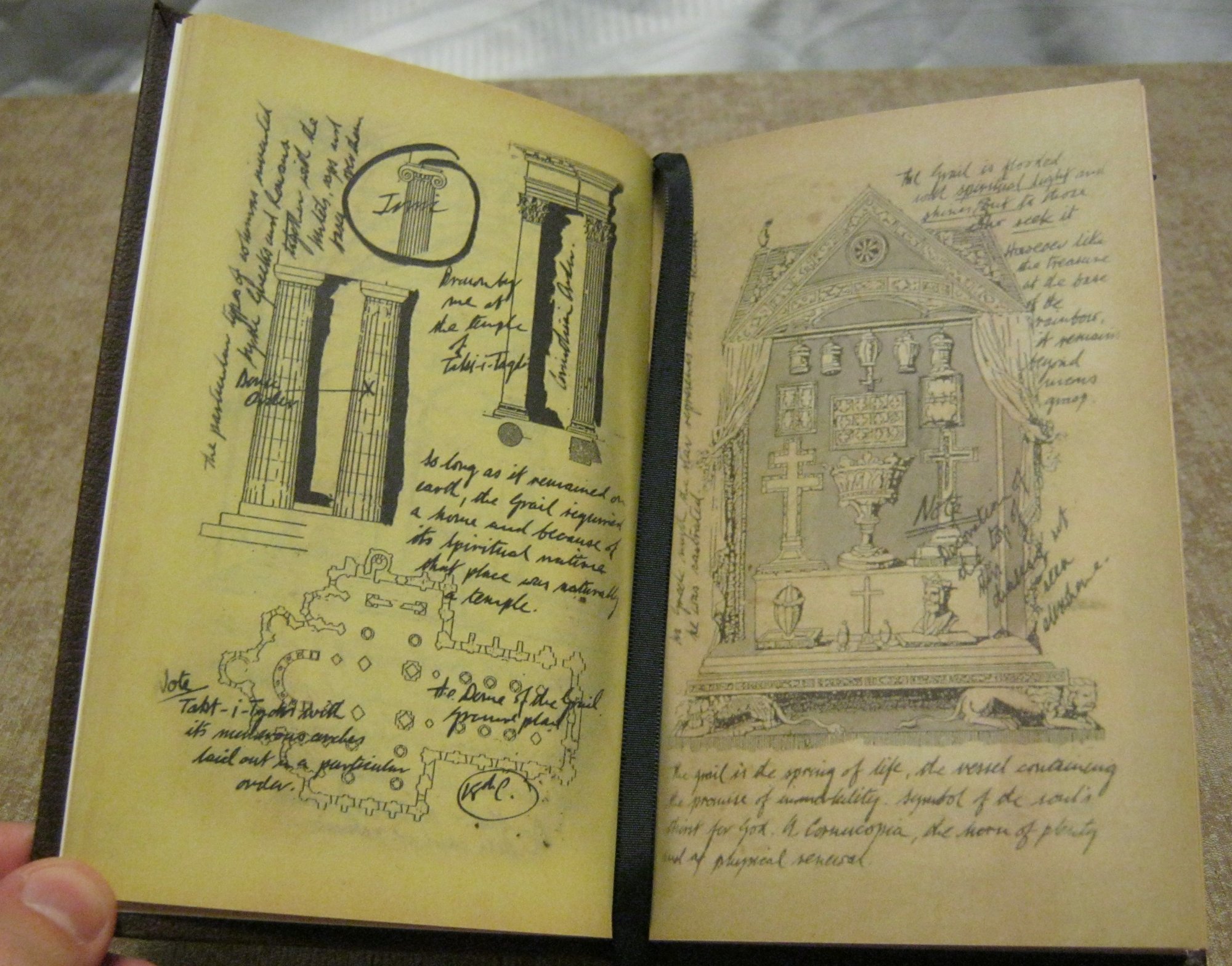 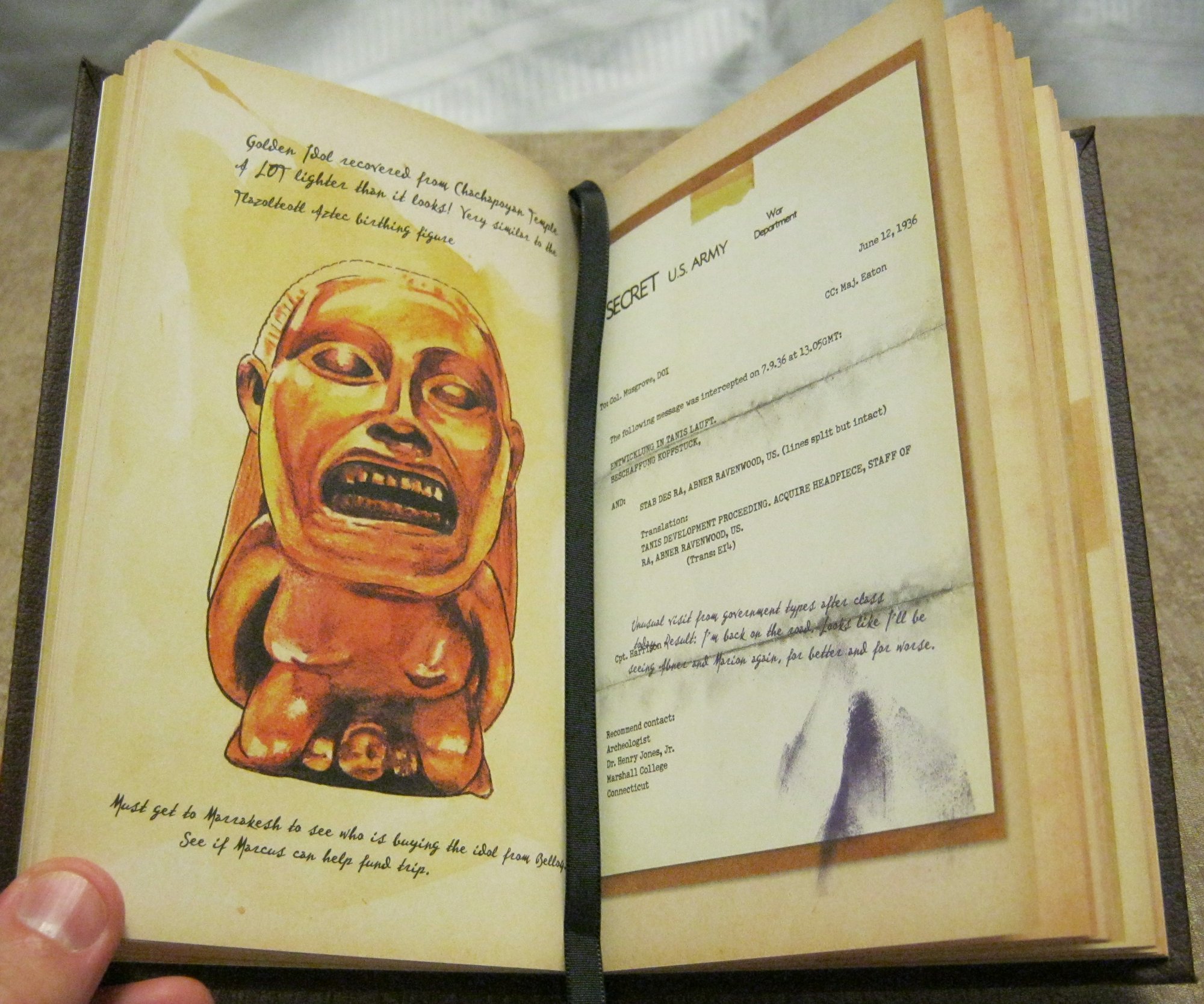 The Blu-ray discs are stored in a fold-out digipak within a sturdy cardboard slipcover. This box-within-a-box is also sold separately as the standard UK Blu-ray release. 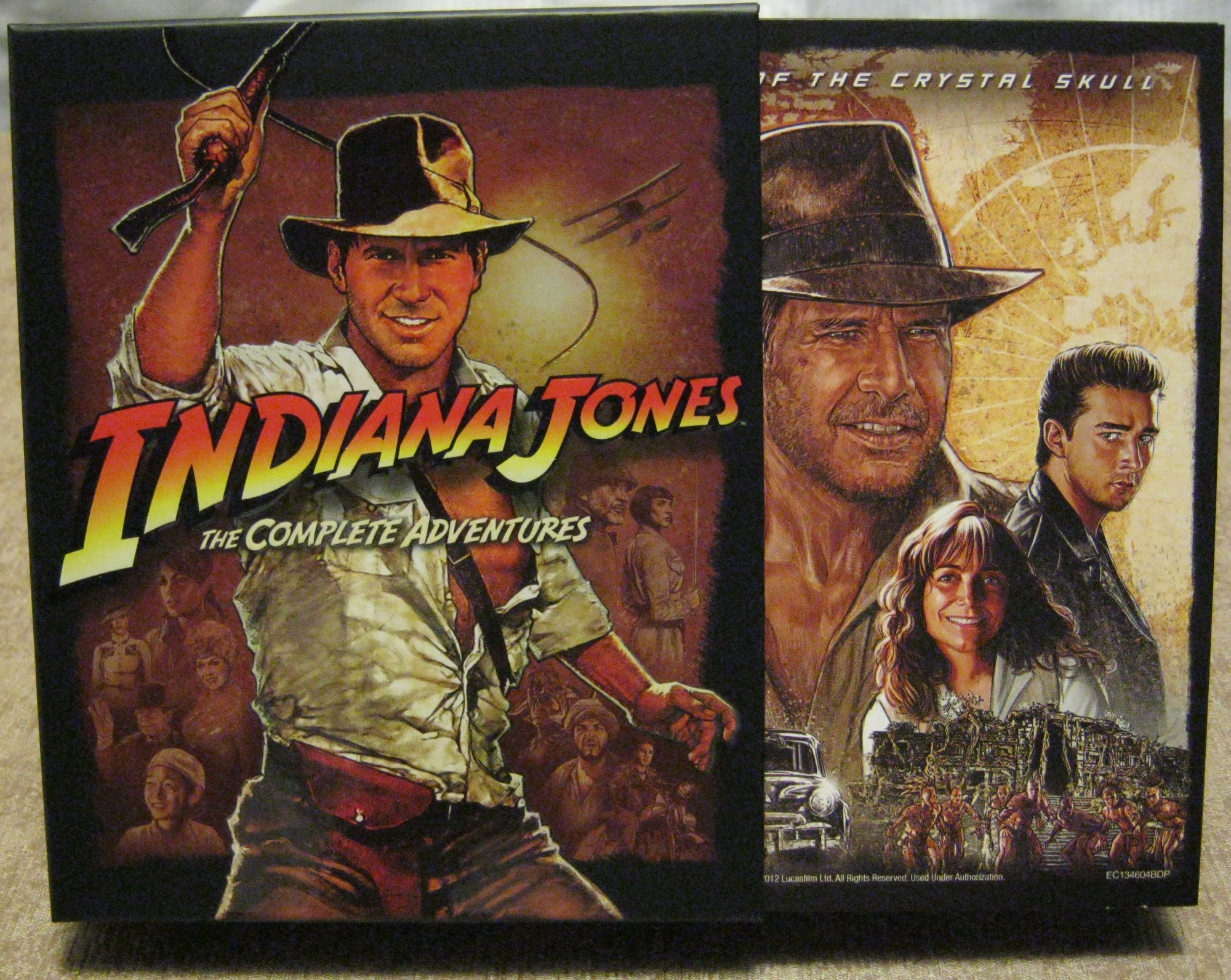 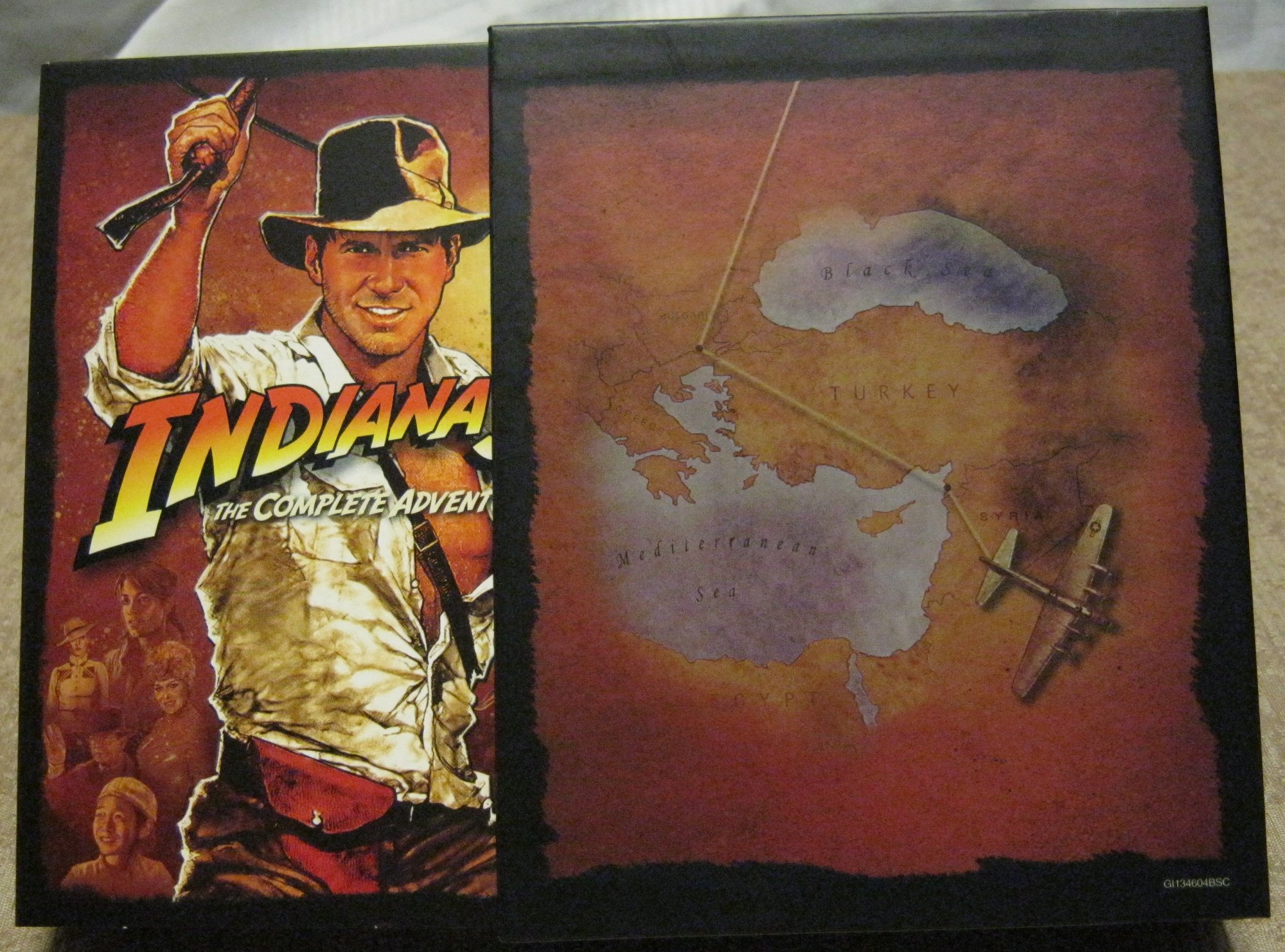 The panels of the digipak display poster art for each movie. 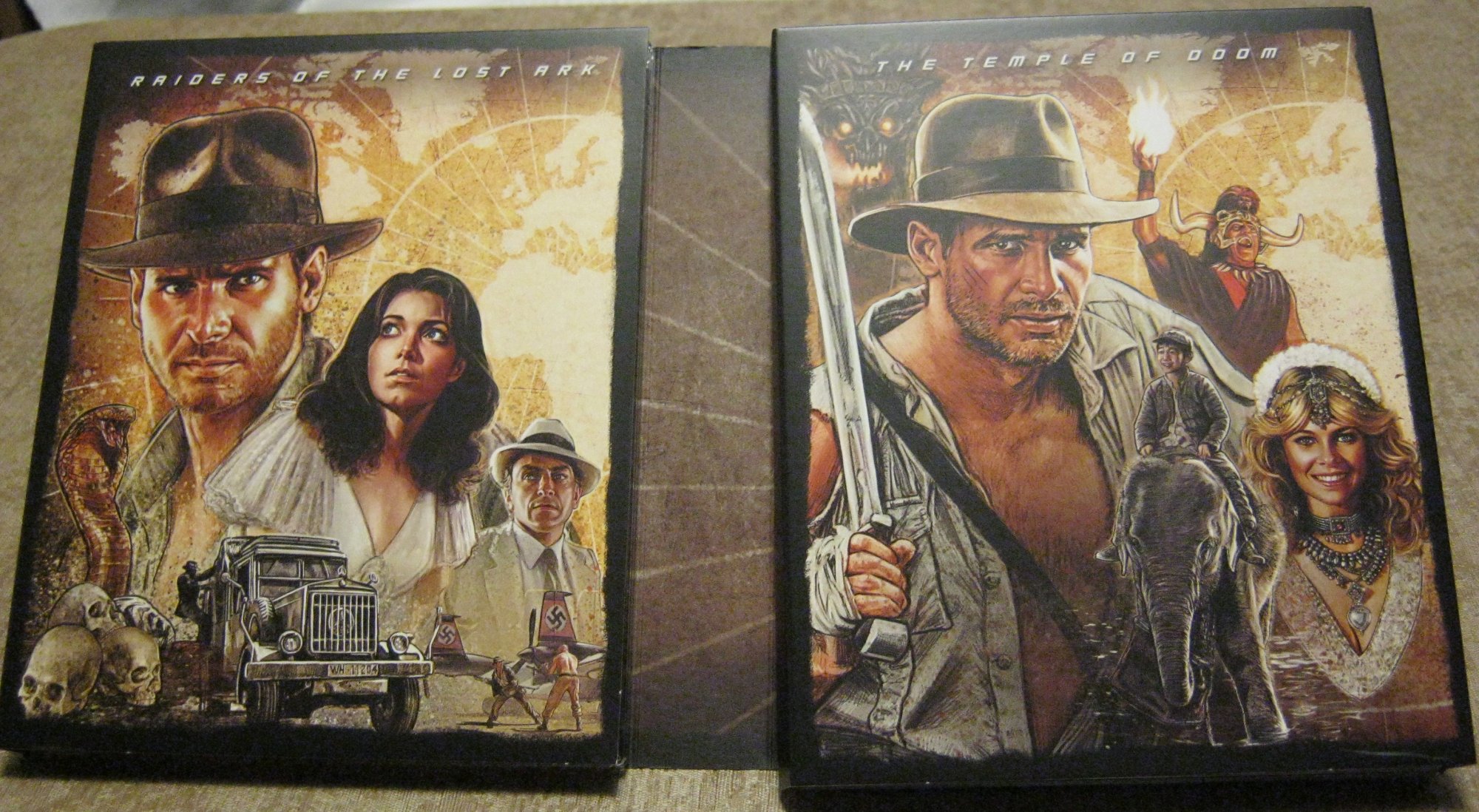 Unlike the U.S. box set’s slide-out book pages, the UK discs are held on standard hubs. Sadly, the discs themselves only have generic labels and art. Paramount didn’t bother to dress them up to match the theme.

Other neat swag inside the box set includes: four behind-the-scenes photo cards (one for each movie), a senitype film cel, two of Indy’s personal photos, one Pan Am plane ticket to Kathmandu, two zeppelin tickets, a Pankot Palace dinner menu (with Primate Parfait!), a tombstone rubbing and a Club Obi Wan matchbook. 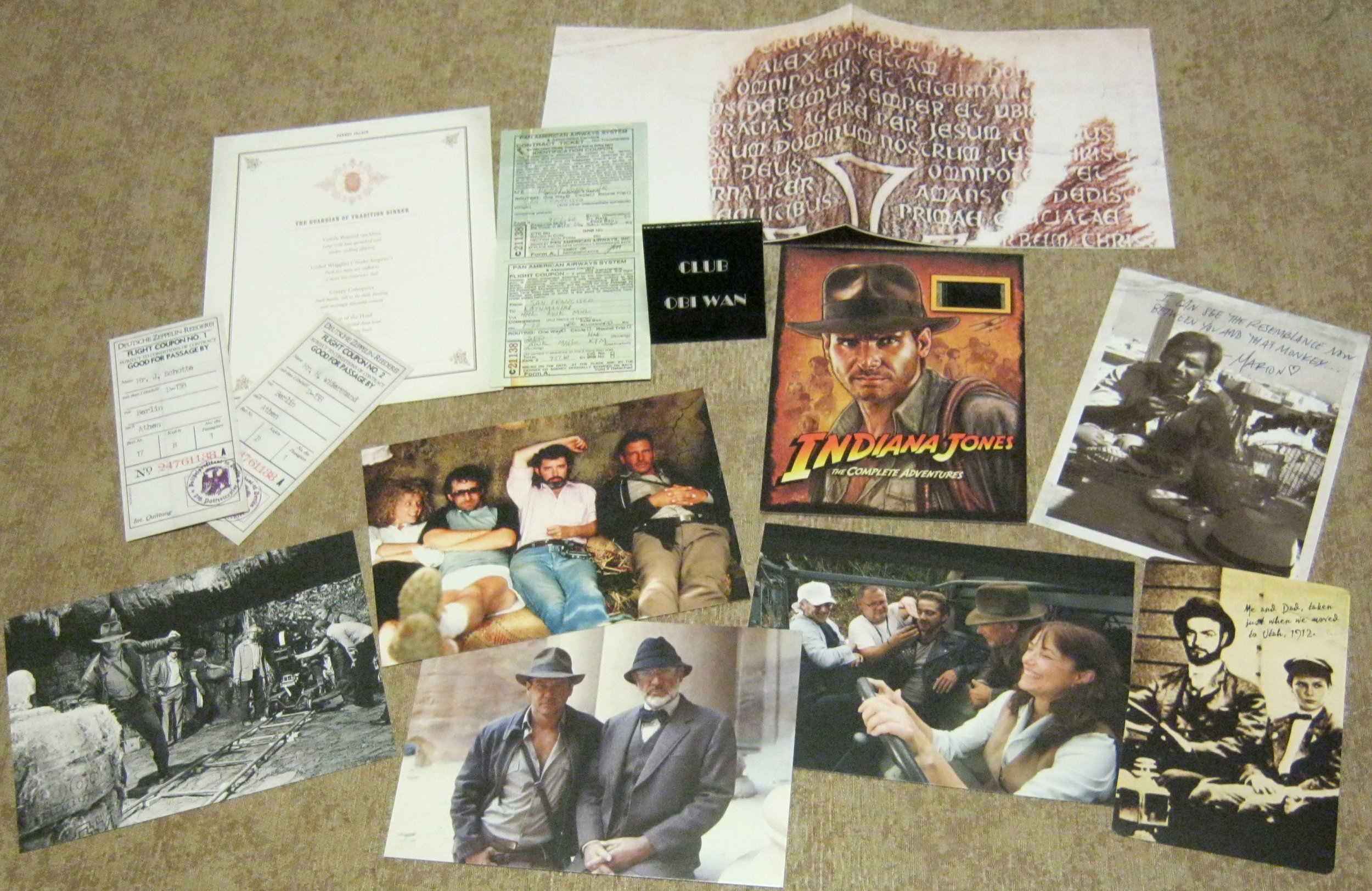 I ordered the ‘Indiana Jones: The Complete Adventures’ Limited Edition Collector’s Set from Amazon UK. At the current time, the box set appears to only be available from third-party sellers who may or may not ship to the United States. If you don’t have one already, you may have missed your window.