The PAX conference in Seattle this past weekend was a big deal for ‘Metal Gear’ fans. Konami and Kojima Productions revealed a fifteen minute ‘Metal Gear Solid: Ground Zeroes’ teaser and a demonstration of the new FOX gaming engine. Just what kind of impact can the FOX engine have on the future of HD gaming? 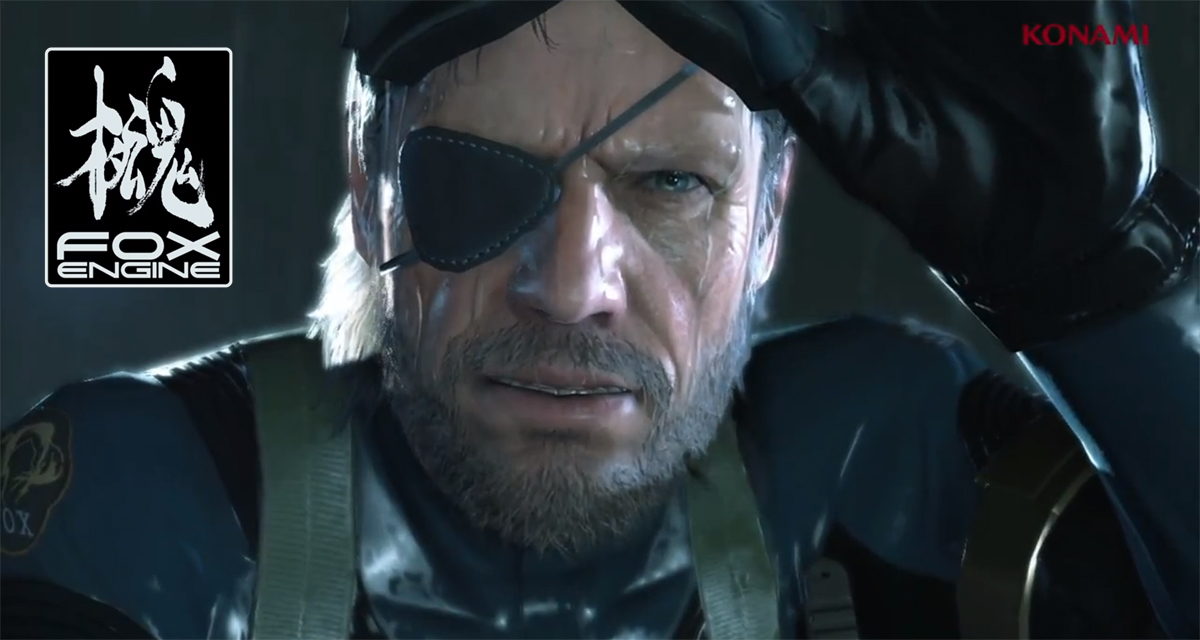 Unless you’re current on your ‘Metal Gear’ mythos and the growing backstory for Big Boss (‘Metal Gear Solid 3’, ‘Metal Gear Solid: Peace Walker’), the intricacies of the new game’s plot will likely escape you. In that case, just focus on the following video as a demonstration of its engine. Specifically, look at how everything lights, the detail in the characters matched against the complexity of the animations, and keep in mind that this is not pre-rendered.

This real-time demonstration is running off a PC. Indeed, the stated intent of the FOX engine is to be a multi-platform engine and development toolset from its inception. This kind of focus means that it will be designed to deploy on the PC, Xbox 360 and PS3 platforms today, and to be ready to transition to tomorrow’s platforms as well.

‘Metal Gear Solid: Ground Zeroes’ looks to sport the visual extravagance of ‘Metal Gear Solid 4: Guns of the Patriots’ (one of the few console games rendered in true 1080p) while incorporating gameplay concepts and the character focus of ‘Peace Walker’, which was originally a PSP title. The ‘Metal Gear’ series, despite its popularity, is still a niche series. The FOX engine is meant in part to bring in the 360 and PC crowd from the get-go. ‘Ground Zeroes’ also promises an open environment and gameplay that continues in earnest past being detected, which is all about getting more people to play and replay ‘Metal Gear’.

By targeting current consoles, the FOX engine (and new engines under development at other studios in the East and West) may continue to extend this generation’s lifecycle. It has already been rumored that the new ‘Zone of the Enders’ project could be built in the FOX engine. It seems clear that Hideo Kojima and Kojima Productions will continue primarily to produce ‘Metal Gear’ titles, but with the FOX engine, their focus will no longer be on handheld platforms. Konami also owns several other properties such as ‘Silent Hill’, ‘Castlevania’ and ‘Pro Evolution Soccer’ that may see future installments developed for the FOX engine.

If Konami shifts to using a unified engine throughout its title production, other Japanese publisher/developers may follow suit. The potential benefit for collaboration between internal development teams from companies like Capcom, Tecmo, Sony, Nintendo, etc. cannot be understated. Projects that now seem too expensive and difficult to undertake could be become reality, and could lead to years of games that push the limits and make for incredible HD content.

However, subscribing to this kind of domino theory, wherein a change in philosophy and success go hand-in-hand, also means acknowledging the possibility of a negative outcome. Konami has put years into the FOX engine. If it’s not perceived as a success, more and more companies will withdraw from the competition of producing HD games.

For now, we can celebrate 25 years of the ‘Metal Gear’ franchise. Going all the way back to the MSX/NES era, this series has never failed to impress. Every time it seems to have stumbled, it has just returned even stronger than before. The new tech and the new gamepley direction make it look like the best is yet to come for ‘Metal Gear’.