About a week ago, Play in the UK held a Facebook poll that featured two potential SteelBook designs for the upcoming Blu-ray release of the movie ‘GoldenEye’. A winner has now been chosen and will be available this December.

In this 1995 James Bond adventure directed by Martin Campbell, Agent 007 (Brosnan) teams up with the lone survivor of a destroyed Russian research center to stop the hijacking of a nuclear space weapon by a fellow agent believed to be dead.

The first SteelBook candidate featured Pierce Brosnan in a classic James Bond pose wearing a tuxedo and raising his gun. (Click the images below to enlarge.) 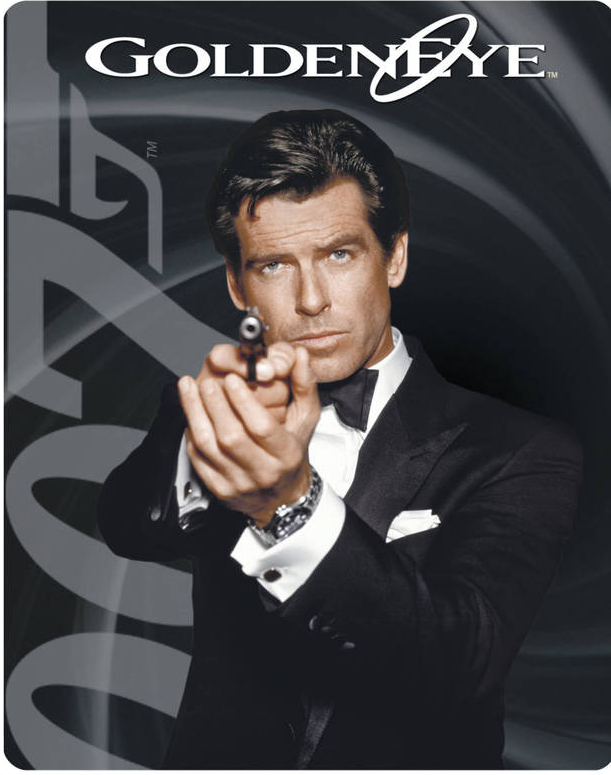 The winning design (based on the original movie poster) is more of a collage with explosions, Bond girls and 007 getting ready to pull the trigger: 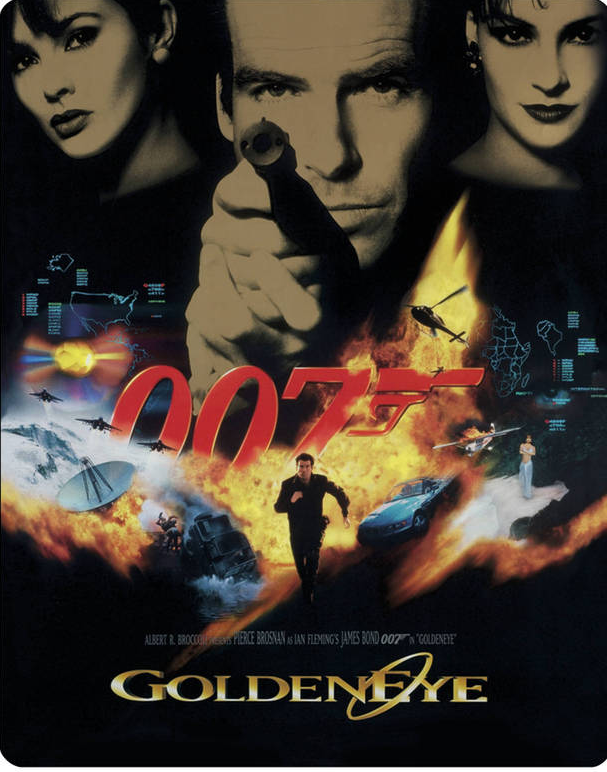 The ‘Goldeneye’ Blu-ray SteelBook will be available on December 10th and can be pre-ordered from Play for £11.99. Unfortunately, Play currently will not ship to North America.