I was in a Best Buy the other day shopping for something else when I spotted fresh stock of Nintendo’s NES Classic Edition gaming console on a shelf, marked at an attractive price. I’d passed this over during its initial release a couple years ago and regretted it. I hadn’t thought about it since, but seeing it there in front of me, I couldn’t resist putting it in my cart.

The Nintendo Entertainment System is precisely my speed as far as video games go. I bought an NES when I was in middle school (or, more accurately, begged my mother to buy me one) and played the hell out of tons of games over the next few years – some purchased with allowance money, some borrowed from friends, and many rented from a local video store. Funnily, my console actually did not come packaged with Super Mario Bros. like most did. Instead, my first game was Konami’s Rush’n Attack. I loved that game.

As video game technology has gotten exponentially more complicated over time, my interest in gaming waned. The most advanced console I currently own is a first-generation “fat” PS3, which I got for free as part of a perks program from my employer at the time. I have about six games for it and have never even played half of them. The PS3 is not currently connected to anything in my home theater.

Yet I still love those simple, 8-bit NES games, which lacked sophistication but maximized fun. I appreciate being able to complete a game start-to-finish in one sitting over a couple hours, rather than investing months into grinding and building up experience points, only so that some asshole teenager can kill my character within minutes of making the mistake of playing online. The more I’ve played a game over and over and memorized all of its moves until I can repeat them through muscle memory, the more I enjoy it.

I know I’m not alone in this. There has been a huge nostalgia boom for 8-bit games in recent years, which led to Nintendo releasing the NES Classic Edition in late 2016. I debated at the time whether to buy one, but had other priorities and let it go. Unfortunately, it was marketed as a limited edition item and soon sold out. However, Nintendo reissued it at the end of June this year, and the Classic Edition has been coming in and out of stock at Amazon and other retailers at fluctuating price points for the past couple months. The possibility of missing out again prompted me to grab one when I saw them at Best Buy. 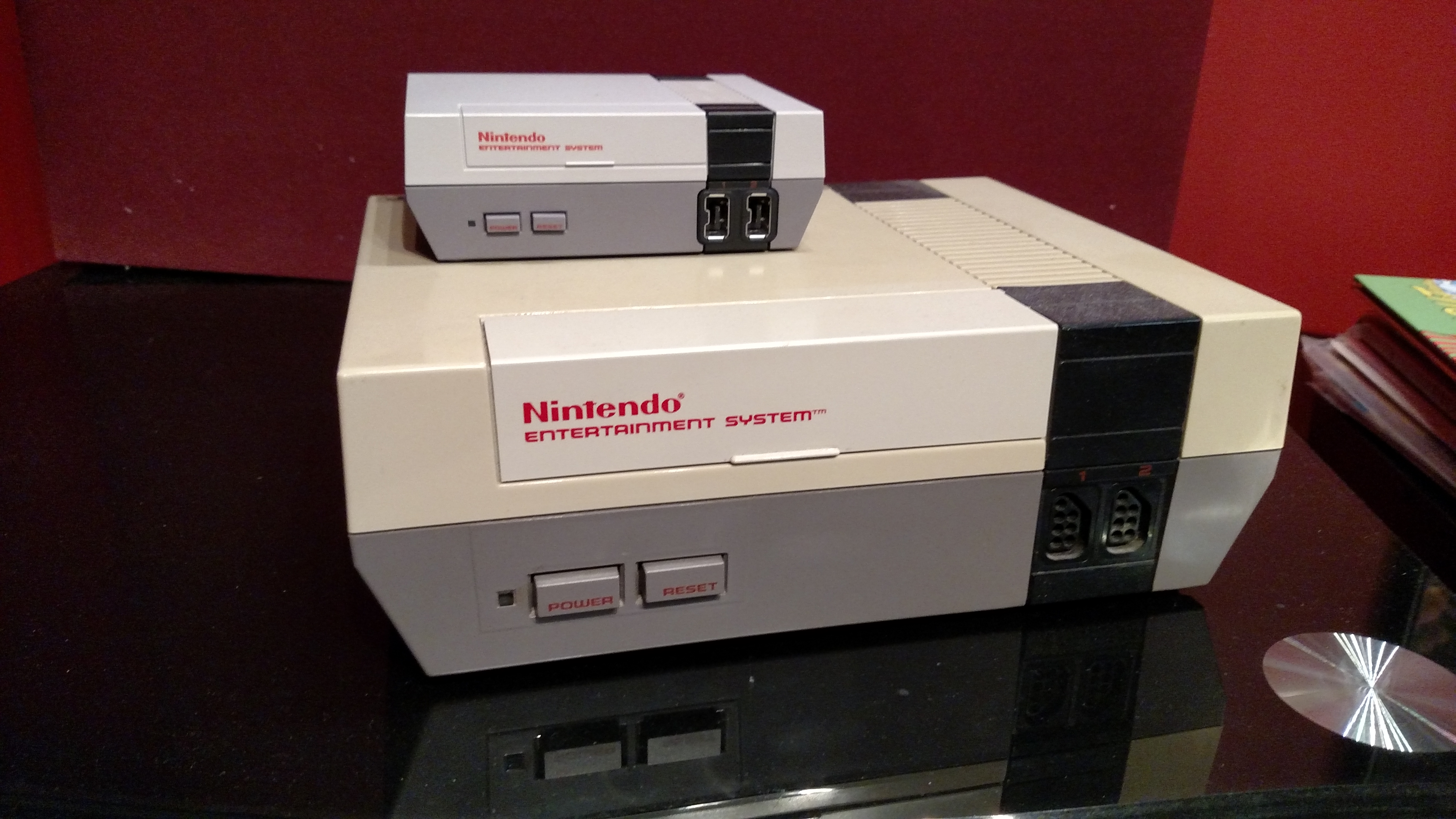 The Classic Edition is like a miniaturized version of the original console that comes loaded with 30 classic games. Unfortunately, that’s all it can ever play. You can’t download, stream, or input any other games into the device. Fortunately, the titles provided include a number of all-time NES greats: Super Mario Bros. 1-3! Castlevania! Metroid! The Legend of Zelda! Ninja Gaiden! Mega Man 2!

I still have my original NES console and a handful of old cartridges. Although I haven’t used it in a few years, it was still in good working order the last time I tried it. However, the interlaced video it outputs through its antiquated Composite connection looks pretty crappy on a modern HDTV. These 8-bit games are frustratingly difficult to upconvert to higher resolutions while still retaining any semblance of their original appearance. A major benefit of the NES Classic Edition is that it has an HDMI output and can deliver the games to an HDTV in watchable quality. It’s not 4k HDR or anything, but it’s more tolerable than using the original device. For those who consider themselves 8-bit purists, the unit offers a mode that will soften the picture and add simulated CRT scan lines. I found that amusing but tired of it quickly and went back to the standard 4:3 mode.

Almost everything about the Classic Edition feels undersized. The device comes packaged with a short HDMI cable, a short USB power cord, and one wired controller with another very short cable. To use it like this, you’d have to sit no more than a couple feet from your television or display. Luckily, I had longer HDMI and USB cables on hand at home, but the controller cord is so short that the console basically needs to be in your lap. Purchasing a wireless controller is pretty much a necessity with this. I’ll have to do that soon.

The first game I played upon purchase was, naturally, Super Mario Bros. I’d forgotten how frustrating the physics controls of this game are, but it’s still a lot of fun. I really wish it were possible to download additional games into this. Mega Man 2 is great, but what about the rest of that series?

I didn’t intend this post to be a comprehensive review of the NES Classic Edition. The thing was first released a couple years ago, so it’d be kind of late for me to do that now. I just wanted to give some quick impressions and call attention to the fact that it’s on the market again.

Did any of our readers own an original NES? What were your favorite games for it? I’m partial to all the Mega Man titles, the Batman movie tie-in game, and Golgo 13. I guess I’ll have to keep my old NES around to play those. 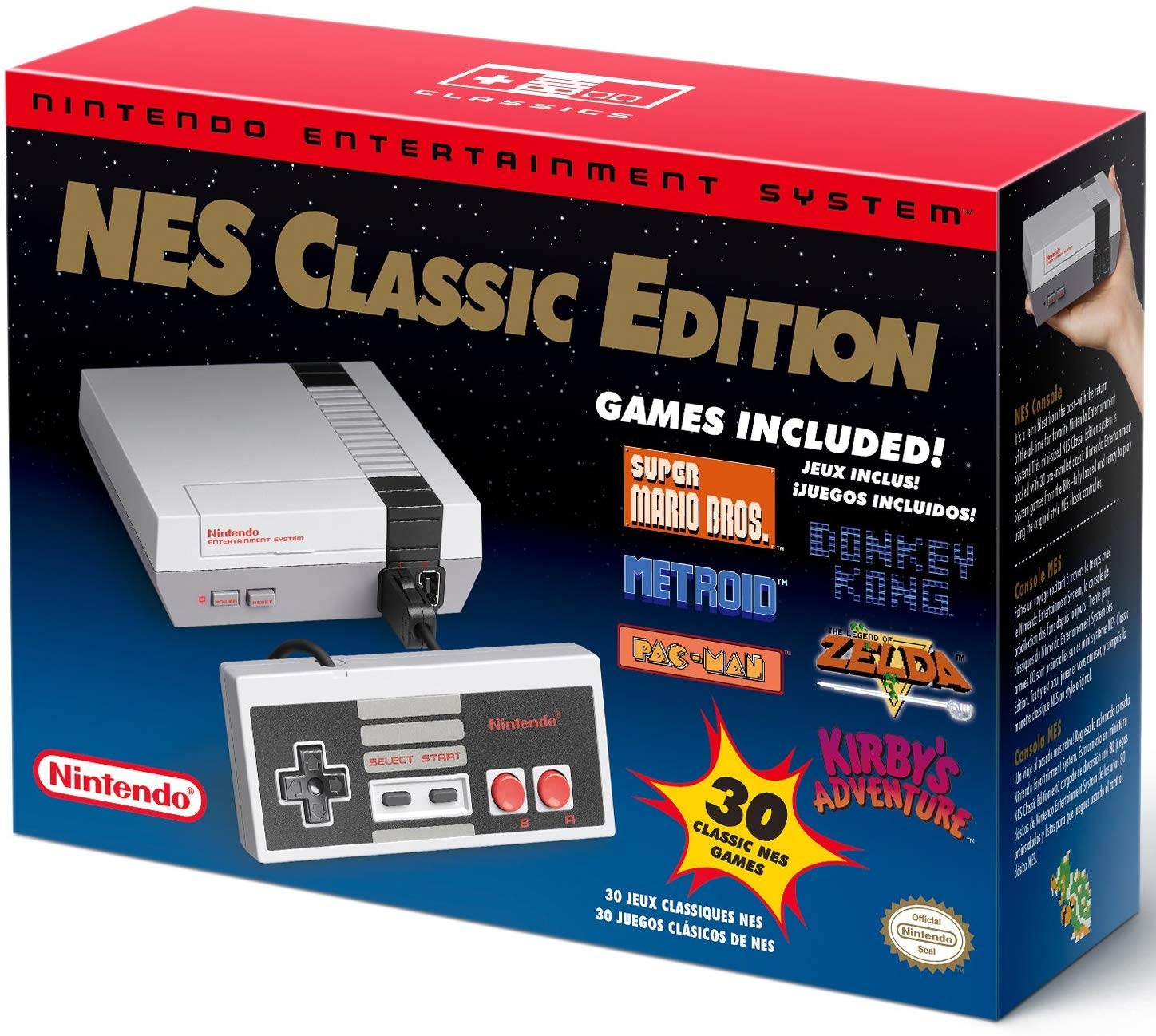