Two of this year’s rival Marvel blockbusters from competing studios will both get SteelBook editions on Blu-ray and Ultra HD at Best Buy. Befitting their respective styles, one is more fun than the other.

The third of the Marvel Cinematic Universe’s ‘Avengers’ team-ups is a gargantuan movie with something like 700 individual characters and a giant-sized villain. The SteelBook artwork is… eh, it’s OK, I guess. It matches adequately with previous MCU SteelBooks, but, I don’t know, I don’t particularly care about Thanos as a character or his silly Infinity glove thingie. It strikes me that this movie must have offered a lot more creative possibilities for artwork. 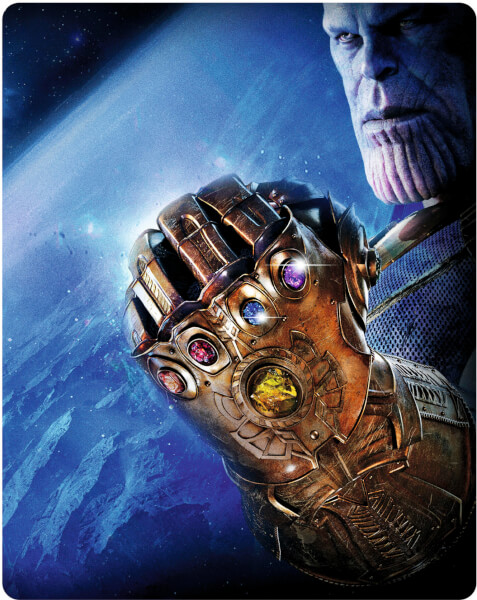 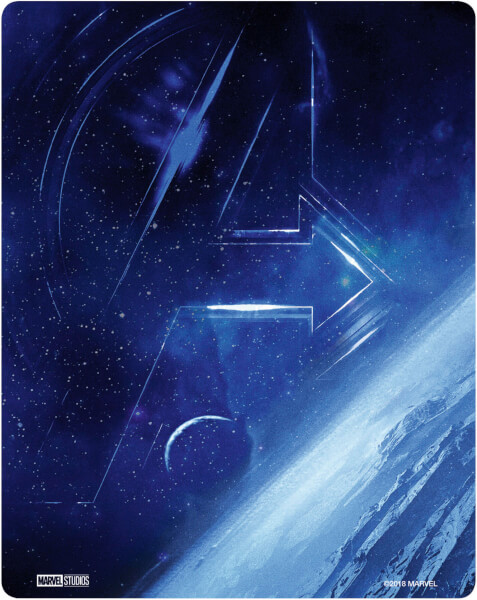 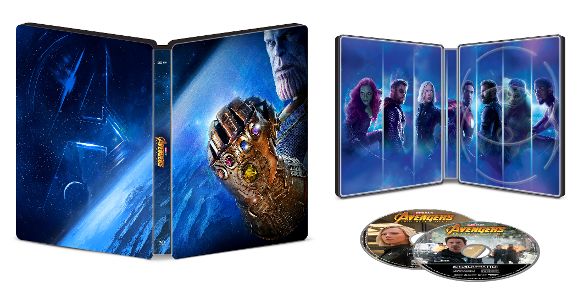 For a brief window, UK retailer Zavvi offered a Blu-ray/3D (no UHD) edition of this movie in the same SteelBook, but that has unfortunately already sold out.

Over at Fox, the X-Men prankster known as the “Merc with a Mouth” continues to poke fun at the notion of overblown superhero movies. His new SteelBook art reflects that attitude with an irreverent doodle sketch design. Is it trying too hard, though? The “I like to be on top” pun is pretty weak.

Both the Blu-ray and Ultra HD editions include an extended version of the movie called the “Super Duper [email protected]%!#& Cut,” but it’s unclear whether that will be offered in 4k or if it’s relegated to the Blu-ray in the UHD package. 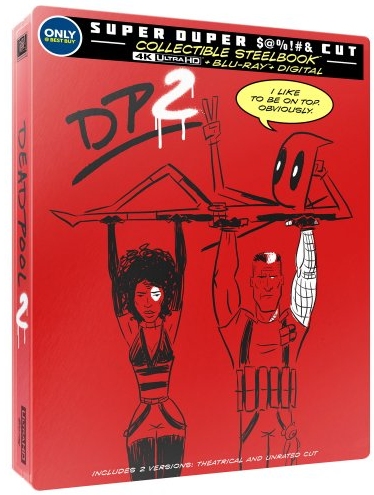 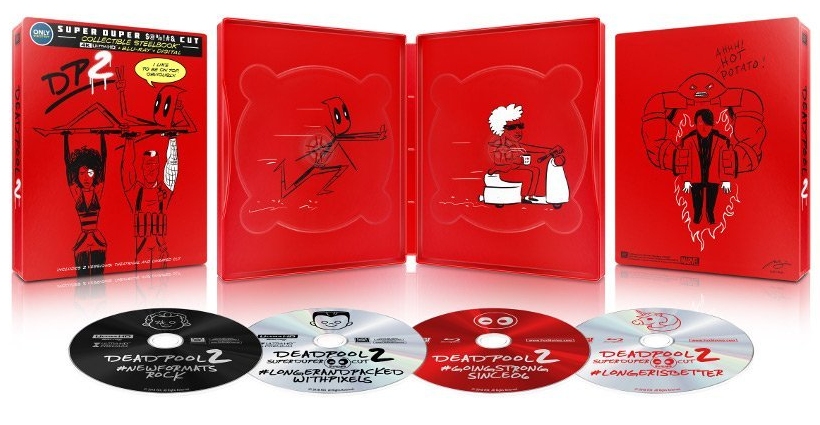 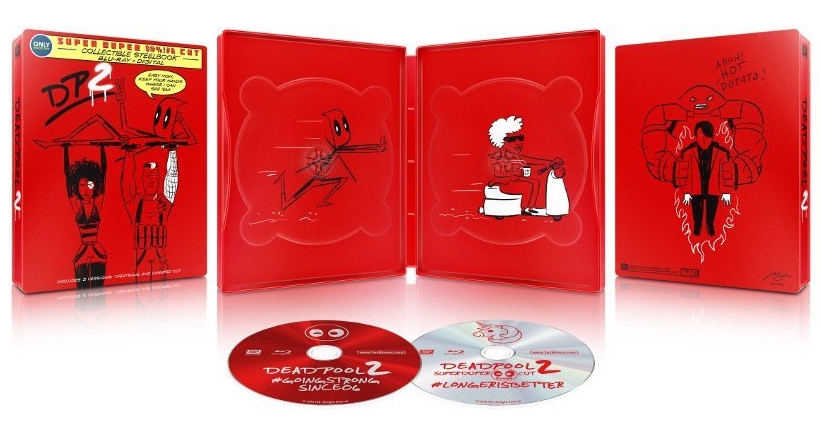