Oh, ‘Vampire in Vegas’, you only had two things to deliver. Vampire: check. Vegas: not so much.

Filmed in sunny Los Angeles, because of course it was, ‘Vampire in Vegas’ is about an immortal bloodsucker searching for true power. Massacring entire villages is good for a few laughs and all, but after several hundred years of the same stale routine, Sylvian (Tony Todd) aches for something more.

Step One: Science surely holds the answer to once again being able to walk under the light of day. Step Two: Leverage that warchest he’s been amassing for centuries and run for public office. Step Three: After turning gaggles of other world leaders, usher in a new age of vampirism in which the undead reign supreme and mortals might as well be walking Capri-Suns. 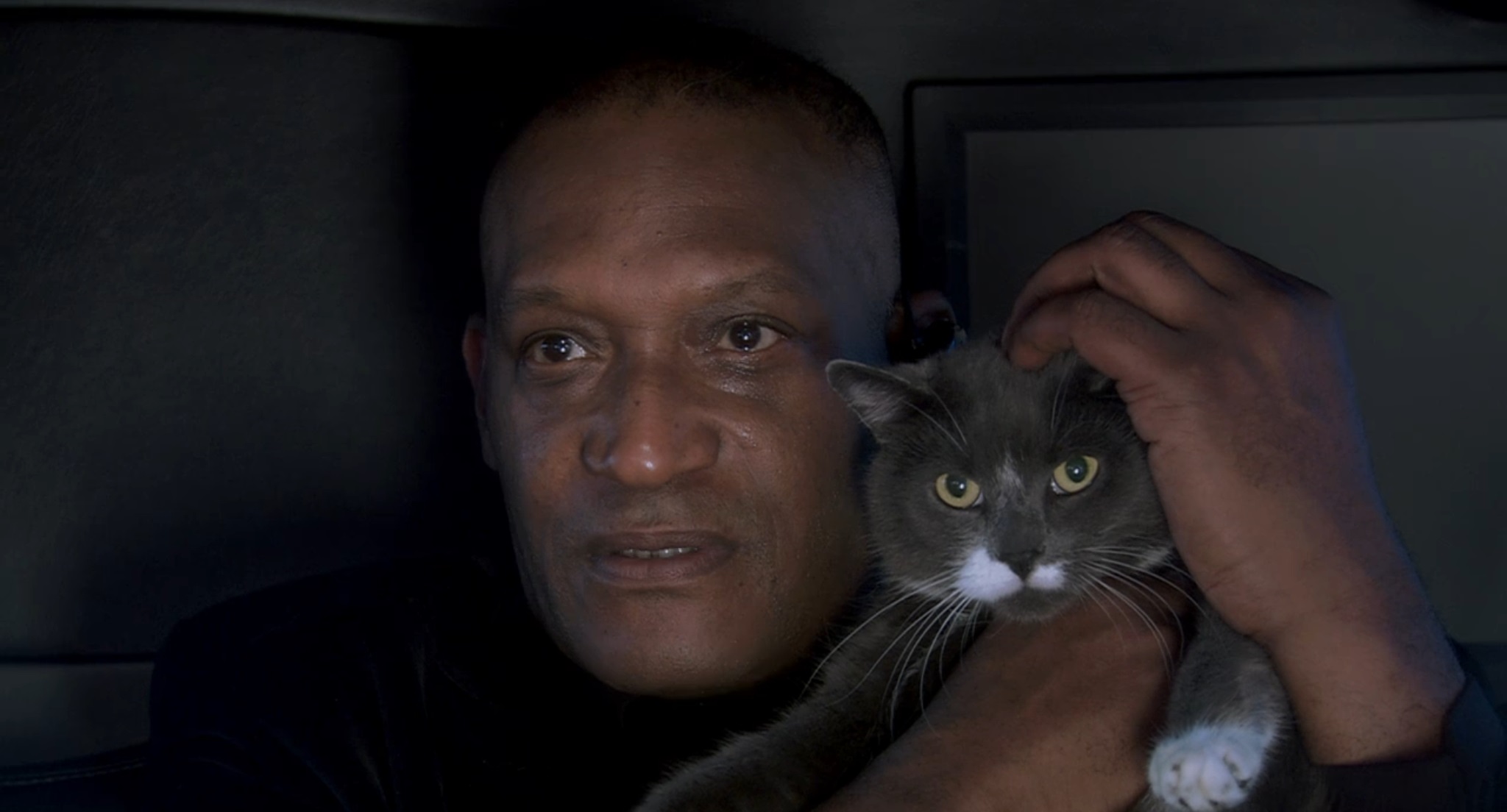 Anyway, the clock is ticking for Sylvian to announce his run for governor of Nevada. Seeing as how gubernatorial candidates sometimes have to shake hands while the sun is out, the timetable for Dr. Van Helm (Delia Sheppard) to finish her daywalker serum has been crunched to a few short days. The good doctor is steadily testing the serum on liveundead specimens, and the bizarre remains she’s left behind have caught the attention of the police.

Meanwhile, it turns out that groom-to-be Jason (Edward Spivak) and his buddies aren’t going to spend the weekend camping. Bachelor party in Vegas, baby! They naturally wind up at an underground vampire sex dungeon, and wouldn’t you know it? Jason’s fiancée Rachel (Sonya Joy Sims) and her best gal pal (Brandin Rackley) have been secretly tracking them all the while, so the vamps get a hold of them too, and it’s a whole thing.

If you cherish the staggeringly high production values, nuanced performances, and groundbreaking visual effects of Cinemax After Dark schlock but all that pesky sex keeps getting in the way, have I got a movie for you! 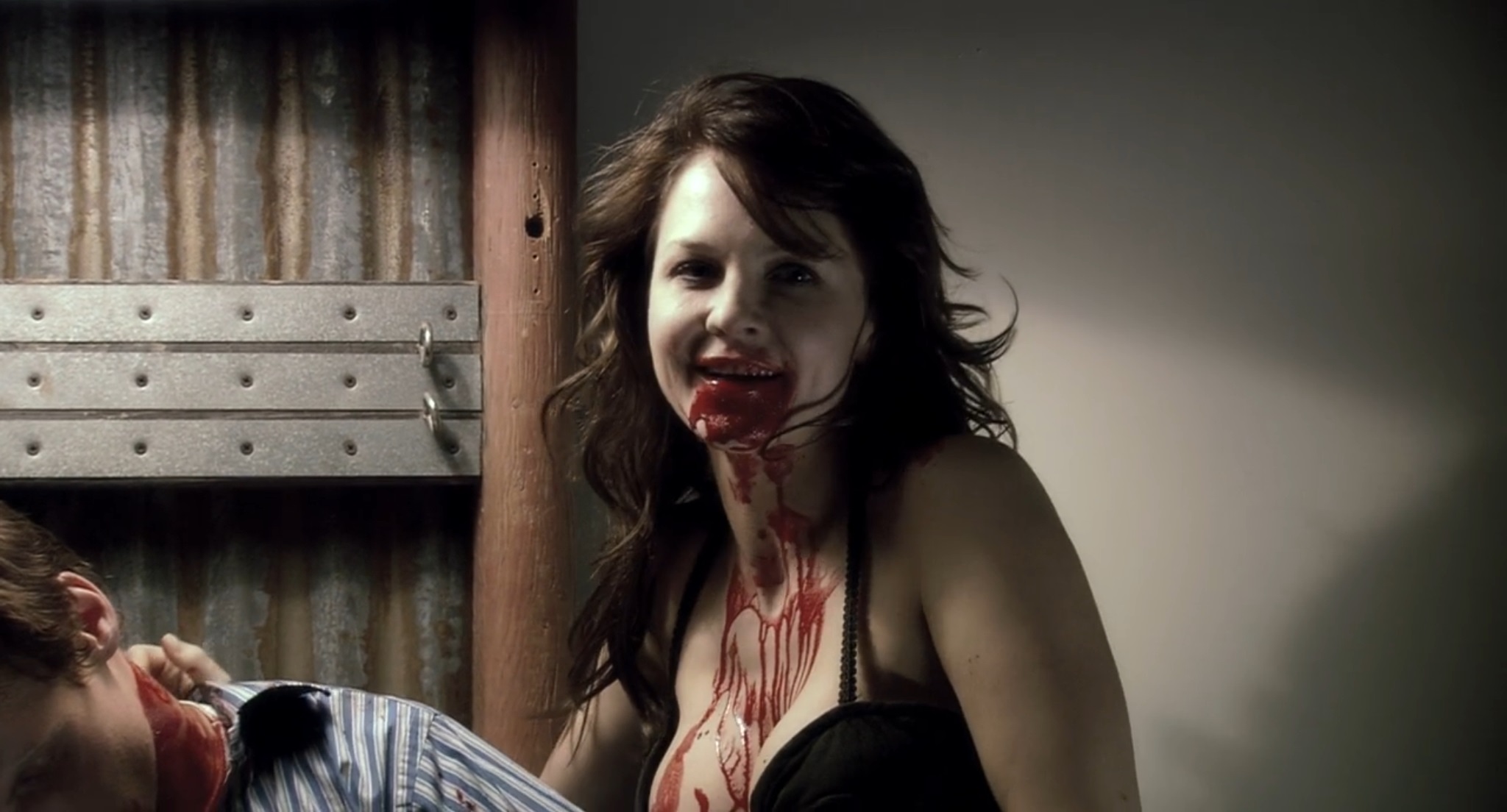 ‘Vampire in Vegas’ kinda feels as if director Jim Wynorski just made the whole thing up as he went along. Right at eight-and-a-half minutes pass before the movie actually starts, following an interminable title sequence and a rambling prologue with a Tony Todd stand-in puttering around a crypt. It takes kind of an “Eh, whatever” approach to continuity, struggling to keep track of the body count, how long it is until Rachel and Jason are supposed to get married (she hasn’t even picked out a gown and she’s getting hitched next week?!), which vampires can duke it out in daytime without bursting into flames, or that a carafe of blood is supposed to be full of red stuff rather than clear water.

I mean, I get it. ‘Vampire in Vegas’ can’t afford to break its concentration as it tries to expose as much cleavage as possible without accidentally revealing a nipple. Nearly every female character in the movie is perpetually spilling out of her top, whether it’s a seasoned detective or a not-terribly-convincing scientist. You know that doe-eyed Rachel is supposed to be the innocent good girl because she’s literally the only one who keeps covered up.

Even if shooting in Las Vegas wasn’t in the budget, you’d think Wynorski would at least CGI in a bat soaring across stock footage of the Strip or Jason’s bachelor party hitting the slots or something. You’re a well-connected guy, Jim Wynorski; don’t you know someone who’ll let you borrow a poker table for the weekend, at least? If you’re itching for a horror/comedy that actually does something with its Vegas setting, stick with ‘Leprechaun 3’ instead. 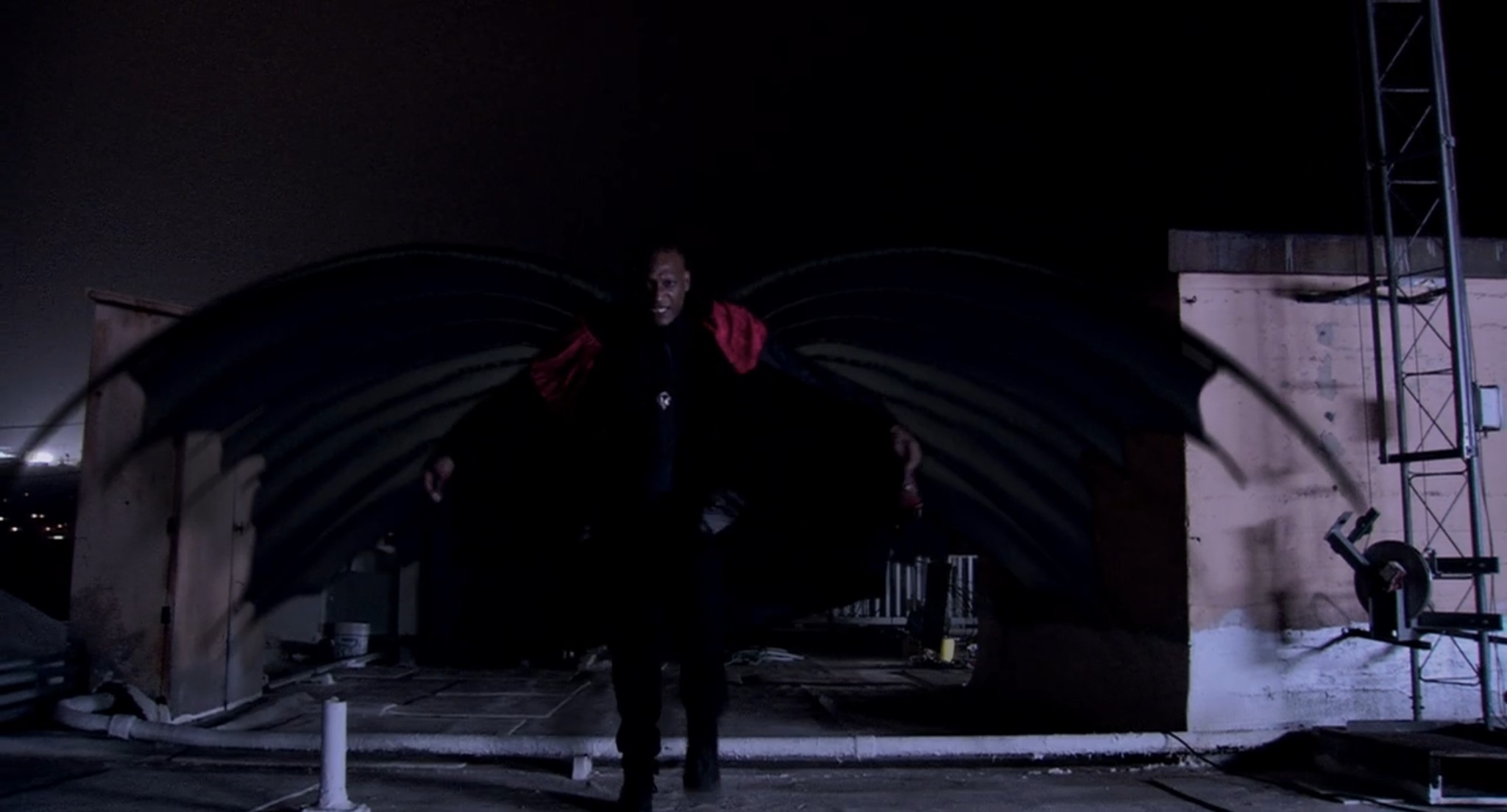 Its doofy sense of humor never actually lands a laugh, but ‘Vampire in Vegas’ is ridiculous enough to still be plenty of fun, from Detective O’Hara’s homebrew anti-vampire arsenal to a random indoor electric fence that I’m pretty sure wouldn’t pass muster with OSHA. Far and away the best thing about the movie is Tony Todd gnawing on the scenery. He hasn’t met a prop he didn’t like, wielding a tulip and a puddy-tat as if he were Olivier clutching Yorick’s skull. At one point, Sylvian confronts his blackmailing scientist, hands her a Twizzler, and vanishes into thin air. I can’t say that I understand either, but I kind of love it. Moments like that make the dreadful writing and wildly uneven pacing almost bearable!

Criminally, ‘Vampire in Vegas’ never found its way onto Blu-ray, but there is a DVD if you can’t shake that collector mindset. It’s also streaming on Prime Video.