Sadly, the long-awaited ‘Blade Runner 2049’ appears to be following in its predecessor’s footsteps and will be a box office bust in theaters. Much like the original, however, it’s sure to be a cult item on video. SteelBooks and other fancy editions are already announced.

Although I feel fairly confident that a SteelBook will also be released domestically, the first available for preorder comes from the UK. (Note that Sony handles international distribution for the film, whereas Warner Bros. has it in North America.) The artwork pictured looks OK. Perhaps a little bland, but at least it’s not a Pop Art travesty.

Not yet, anyway. The image is clearly labeled TBC and may very well change before release.

Zavvi has already sold out on this item. If you’re a fan or SteelBook collector, you should probably scoop this up from Amazon UK as soon as possible. 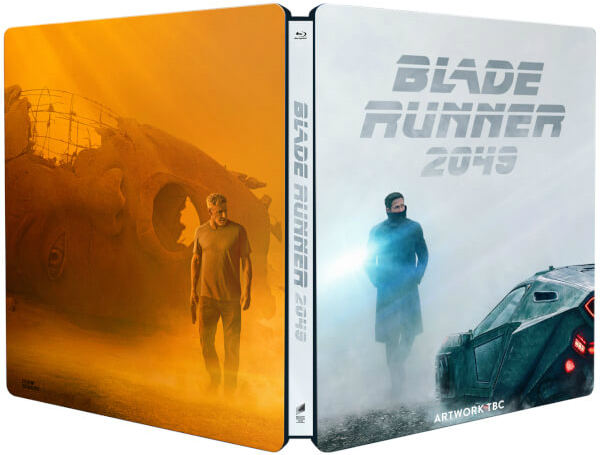 Speaking of Pop Art travesties, the notorious Mondo collective has been commissioned to provide an exclusive SteelBook to HMV. The temp art currently displayed on the listing page is obviously not final, as it’s not nearly Pop Art-y enough and doesn’t look like Mondo at all. Expect the actual product to look like a half-completed coloring book page. 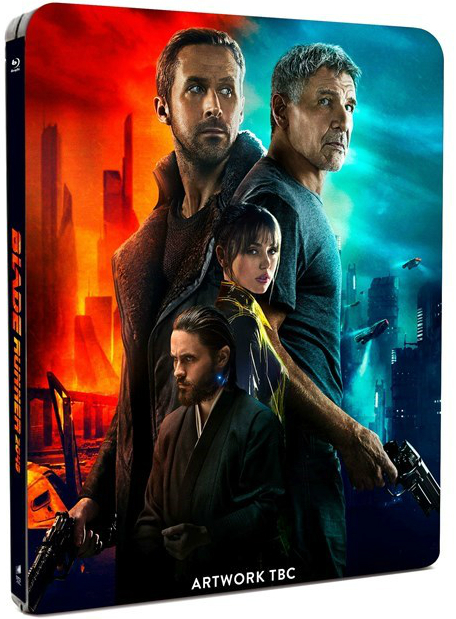 Update: Here’s the final art. It’s fortunately not in coloring book style and is actually fairly tame by Mondo standards, but I still don’t particularly care for it. 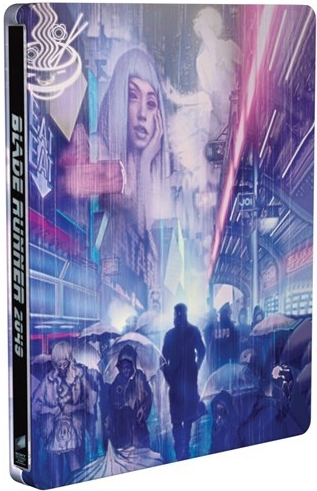 This one is just silly. Sony has shoved a copy of the Ultra HD Blu-ray into an oversized box with some branded shot glasses. While, yes, Harrison Ford is seen drinking whiskey in the movie, that’s hardly a critical plot detail.

The product is listed as being unavailable or sold out, but I’m not sure if that perhaps means it simply hasn’t opened up for orders yet. I can’t imagine it being a huge seller. 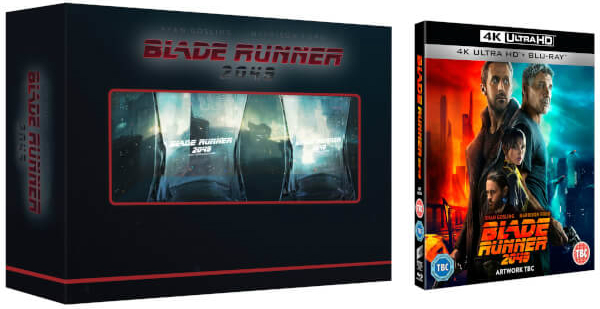 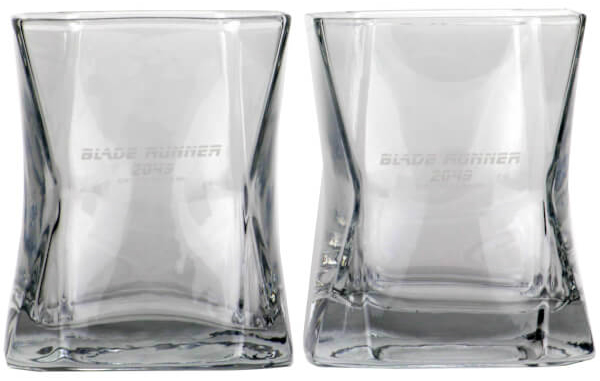 (Thanks to Julian for the tips.)

As noted by reader JudasCradle in the Comments, French retailer FNAC will bundle a SteelBook (identical to the UK version) into a box with a replica of a gun used in the film. It appears to be sold out. Even if it weren’t, I imagine someone in the U.S. trying to import it might have some trouble getting it through Customs. 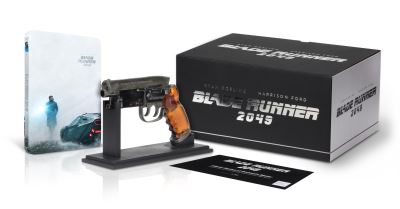