Let’s get this out of the way right up front – this year has sucked, movie-wise. As anyone who reads my reviews regularly (and, if you do, I apologize) knows, I have been bitching a lot about how bad the movies of 2010 have been. Tomorrow I’ll run down the five worst movies of the year so far. For right now, let’s focus on the good stuff first. There should be more great movies released in the months to come (‘Social Network,’ I’m looking at you), but right now I want to give props to five movies that absolutely enchanted me. In no particular order, these are the five best movies of the year (so far).

‘Toy Story 3‘ (Lee Unkrich, USA) – Anyone who read my initial review knows I was over-the-moon for this, Pixar’s latest animated masterpiece. I now feel like an amateur for even considering that the third in the peerless ‘Toy Story‘ franchise would be anything less than amazing. (British film critic Mark Kermode proclaims ‘Toy Story’ the “best film franchise ever.” And he’s right.) There’s so much going on in this movie, which seems to be about growing up and letting go but really encompasses some pretty hefty ideas about death, the afterlife, even reincarnation. It feels pointless to talk about how funny the movie is, but it’s really, really funny. Buzz Lightyear (Tim Allen) probably has the year’s boldest comedic moment when he gets reset to Spanish mode – perfect for a character who, throughout the series, has been caught in one cataclysmic identity crisis after another. And who doesn’t love those little green aliens? The thematic and narrative complexity of the movie, the bold risks it takes in structure and storytelling (including its bleak prison movie aesthetic), and its unabashedly heartfelt sentimentality, all make ‘Toy Story 3’ one of the greatest movies of this year. 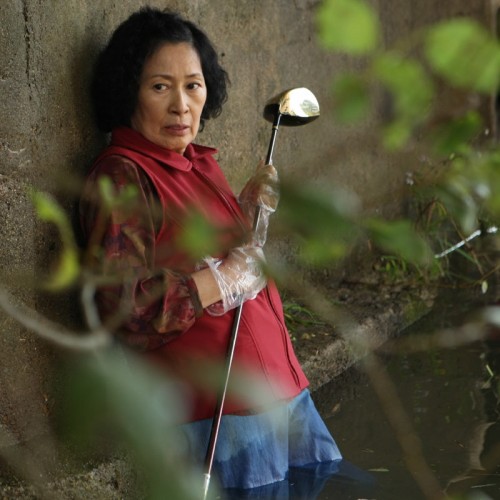 ‘Mother‘ (Bong Joon-ho, South Korea) – Far too few people saw this complex, often hilarious Korean crime movie when it was released this spring. Now that it’s made the leap to home video, maybe more people will bask in its glory. A boy in his early twenties (Won Bin) lives with his older mother (Kim Hye-ja) in a relationship that borders on incestuous. When the boy is accused of murdering a young girl, it’s his mother that picks up the case, turning into a detective of sorts, as she works to solve the crime. Saying anything more about the plot would ruin its twisty magic, but it’s an absolutely unforgettable tale, at turns tragic and comedic, rich and nuanced. If you see a better movie this year, I’d be surprised. It was an absolute travesty that this wasn’t nominated for the Best Foreign Language Oscar last year, which diminished its visibility. Now that’s it’s on Blu-ray, hopefully people will watch this wonderful film, again and again and again…

‘Inception’ (Christopher Nolan, USA) – Forget all the “I didn’t get it” naysayers, the people who thought the dreams weren’t outlandish enough, and all those in-between; ‘Inception’ is a major cinematic accomplishment and one that people will be picking apart for decades. Mark my words on that. Nolan cashed in all the goodwill he earned making ‘The Dark Knight,’ one of the most successful pictures of all time, for a freewheeling metaphysical thrill ride. As dream warrior Cobb, Leonardo DiCaprio does his best to imbibe the movie with an emotional core amidst all the madness. People will talk about the wizardry of the filmmaking, but I can’t think of another movie in recent memory that leaves you with such an amazing feeling. Not only the feeling that you immediately, at all costs, need to see it again as quickly as possibly, but a loopy, out-of-sync thrill that comes with watching an incredibly powerful movie that questions what, exactly, existence is.

‘Valhalla Rising‘ (Nicolas Winding Refn, Denmark/UK) – Last year, Refn delivered the bone-breaking prison drama ‘Bronson,’ which was a meditation on masculinity and a formal delight. This year, he’s decided to take things to an even more macho degree by focusing on a bad-ass Viking named One-Eye (Mads Mikkelsen) who befriends a young boy, gets taken in by a bunch of Christians, and journeys to a new world altogether. The “new world” bit is important because the movie seems to be, at least partially, a science fiction movie, just without all the cumbersome technology. As the mist parts and the sea opens up, it’s the equivalent of a space voyage. The kind of cerebral, druggy vision Refn conjures up is nothing short of breathtaking. Some will be maddened by ‘Valhalla Rising,’ but those that stick with it will be rewarded greatly.

‘The Secret in Their Eyes‘ (Juan José Campanella, Argentina) – This is the movie that bested ‘A Prophet‘ and ‘The White Ribbon‘ in this year’s Best Foreign Language Oscar category. And you know what? It deserved to. A winding, multi-generational crime story that starts out in the present and flashes back, extensively, to the 1970s, it’s an absolutely engrossing and totally moving thriller. It doesn’t hurt that the film’s visual centerpiece is a “How’d they do that?” five minute continuous shot at a soccer stadium. I only got to see this movie once before it opened, and quickly closed, this spring. But I remember being totally lost in it. Any movie that reminds me of ‘Zodiac,’ I’m probably going to love. Once this hits video in September, everyone must see it! Everyone!