With Blu-ray and Ultra HD available, I may no longer have much cause to watch Toy Story on Laserdisc, but the Deluxe CAV box set is still a handsome collectible to have on the shelf.

The new sequel in theaters obviously got me nostalgic for the original Toy Story, which I long ago upgraded to Blu-ray and will probably buy on 4k Ultra HD before too long. Nonetheless, for sheer aesthetic wow factor, the Laserdisc box set is hard to beat.

Released in December of 1996, the Deluxe CAV Edition was a celebration of the film’s three Academy Award nominations and its landmark value as, to quote the front cover, “The first full-length feature animated entirely on computers.” At 14″ square, the Toy Story box is the largest Laserdisc in my collection and does not fit in any of my shelving next to my other LDs. Currently, my copy is sitting on top of a board game box between my Laserdisc shelf and another piece of furniture. The silver reflective artwork is also difficult to photograph without the glare of lights beaming back at the camera.

The outer box is made of thick cardboard. A plastic tray slides out of the right side. Held inside are two Laserdisc jackets, an art book, and a sleeve containing a piece of 3D lenticular art. 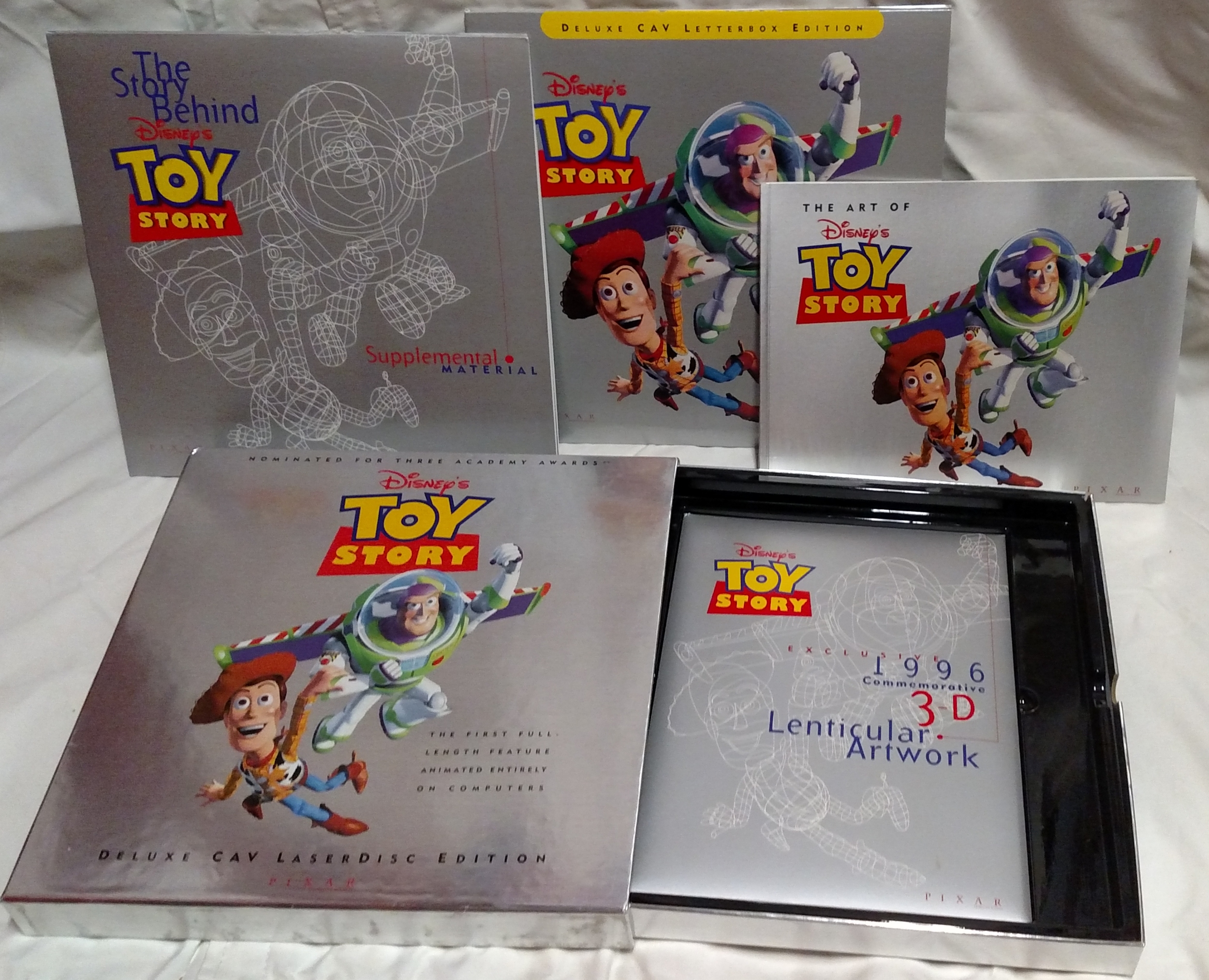 The movie itself is spread to two Laserdiscs across three disc sides in CAV format (30 minutes per side). Side 4 contains five early Pixar shorts: The Adventures of André and Wally B. (1984), Luxo Jr. (1986), Red’s Dream (1987), Tin Toy (1988), and Knickknack (1989). Notably, the copy of Knickknack on this disc is the original uncensored version, in which the bikini girl and the mermaid had comically exaggerated breasts that were later removed in future video editions.

Despite its inconvenience, the CAV format was considered very desirable for visually inventive movies like Toy Story due to its ability to provide high quality (for the time) paused images and forward-or-backwards slo-mo effects. Discs encoded in the more common CLV format could get an hour per side, but their frame-stepping features weren’t as good.

These first two discs are stored in one gatefold jacket: 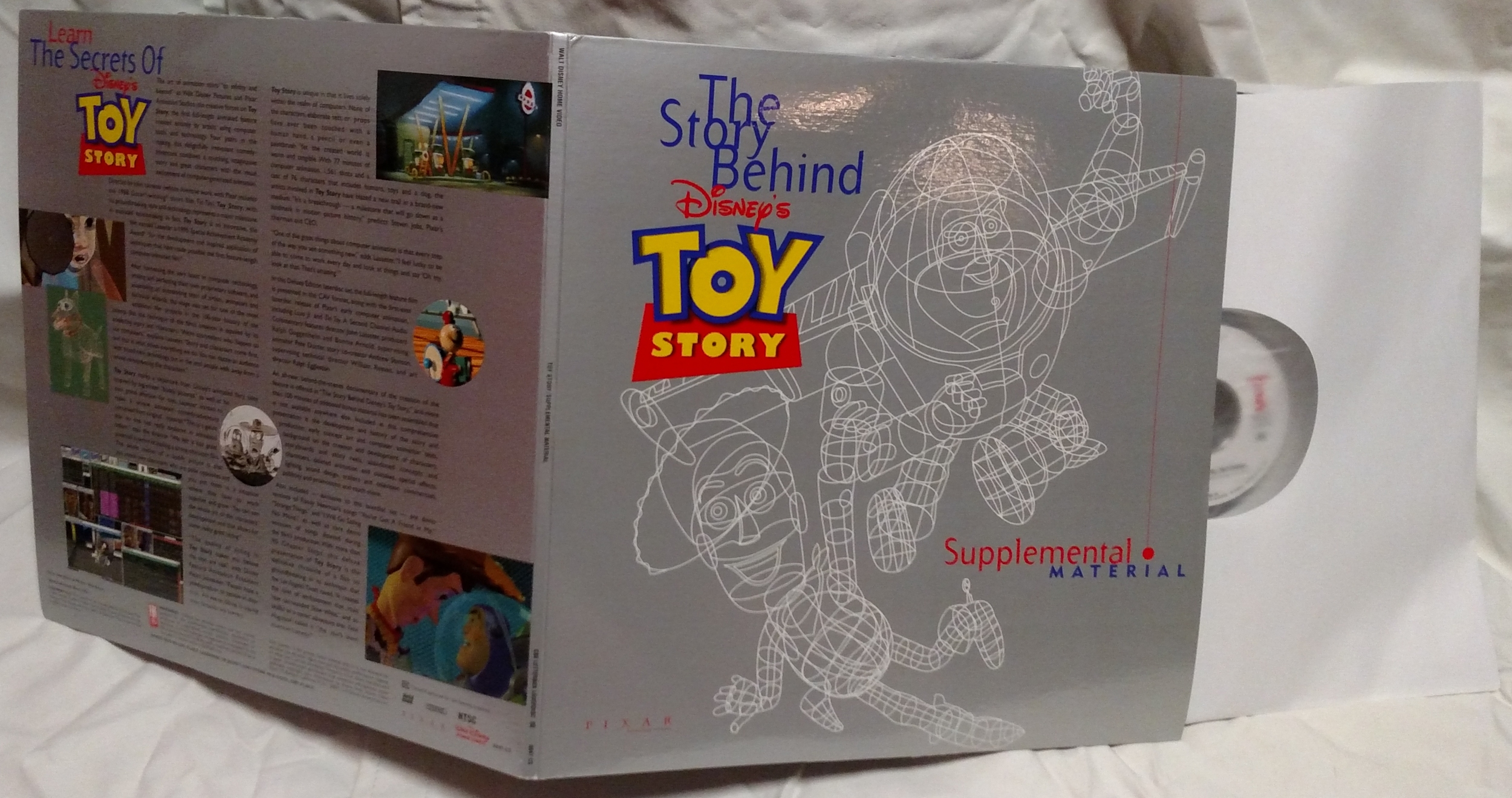 The art book is kind of a love-fest for and by Pixar founder and Toy Story director John Lasseter. Looking at it today, all the focus on Lasseter is a little unfortunate given his later sexual misconduct scandal and ousting from the studio. Credit where it’s due, however, the man was a visionary who made this movie happen and revolutionized Hollywood animation. It seems almost impossible to talk about the movie without putting a lot of attention on him. 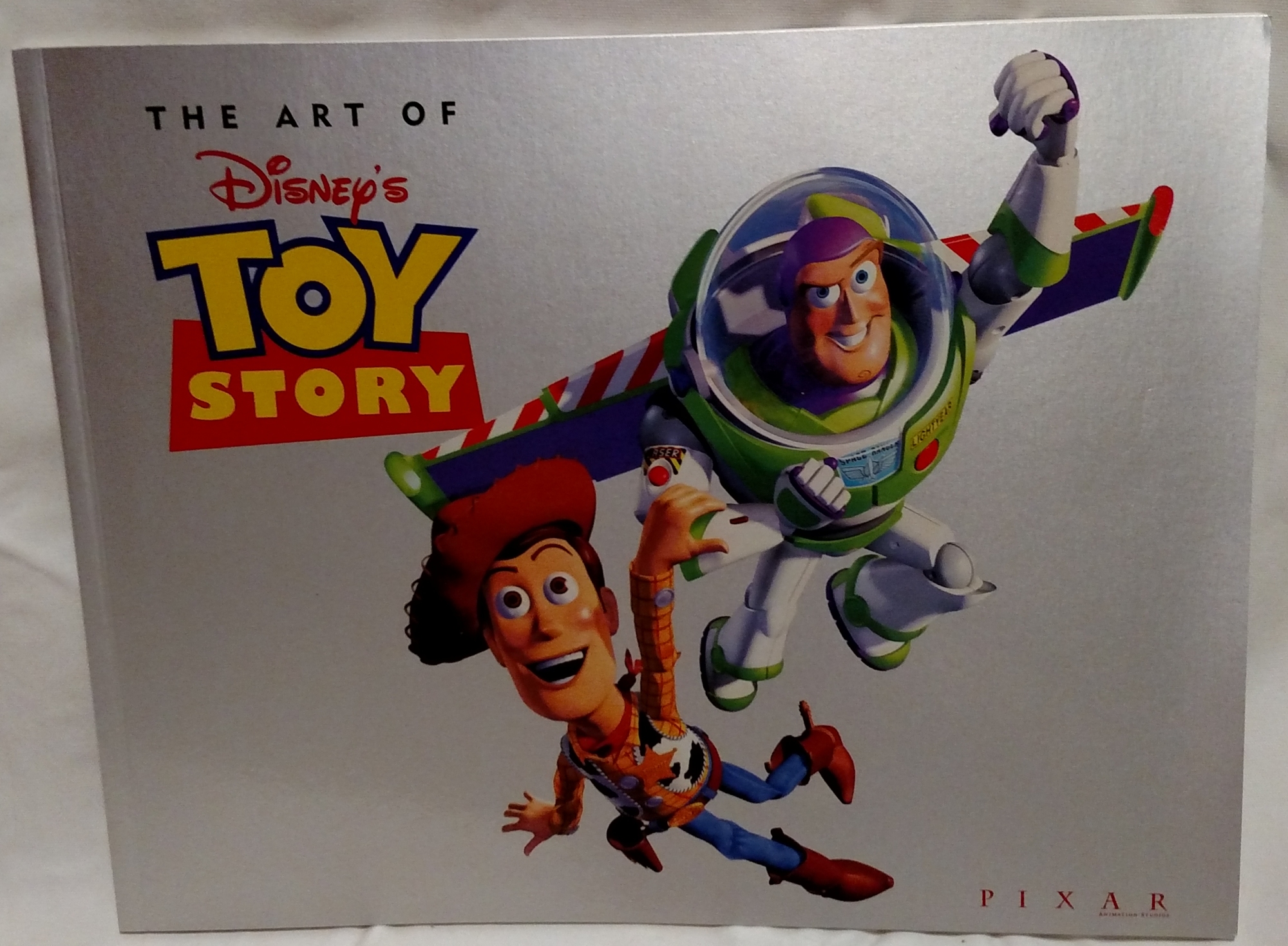 The final item inside is a piece of 3D lenticular art. 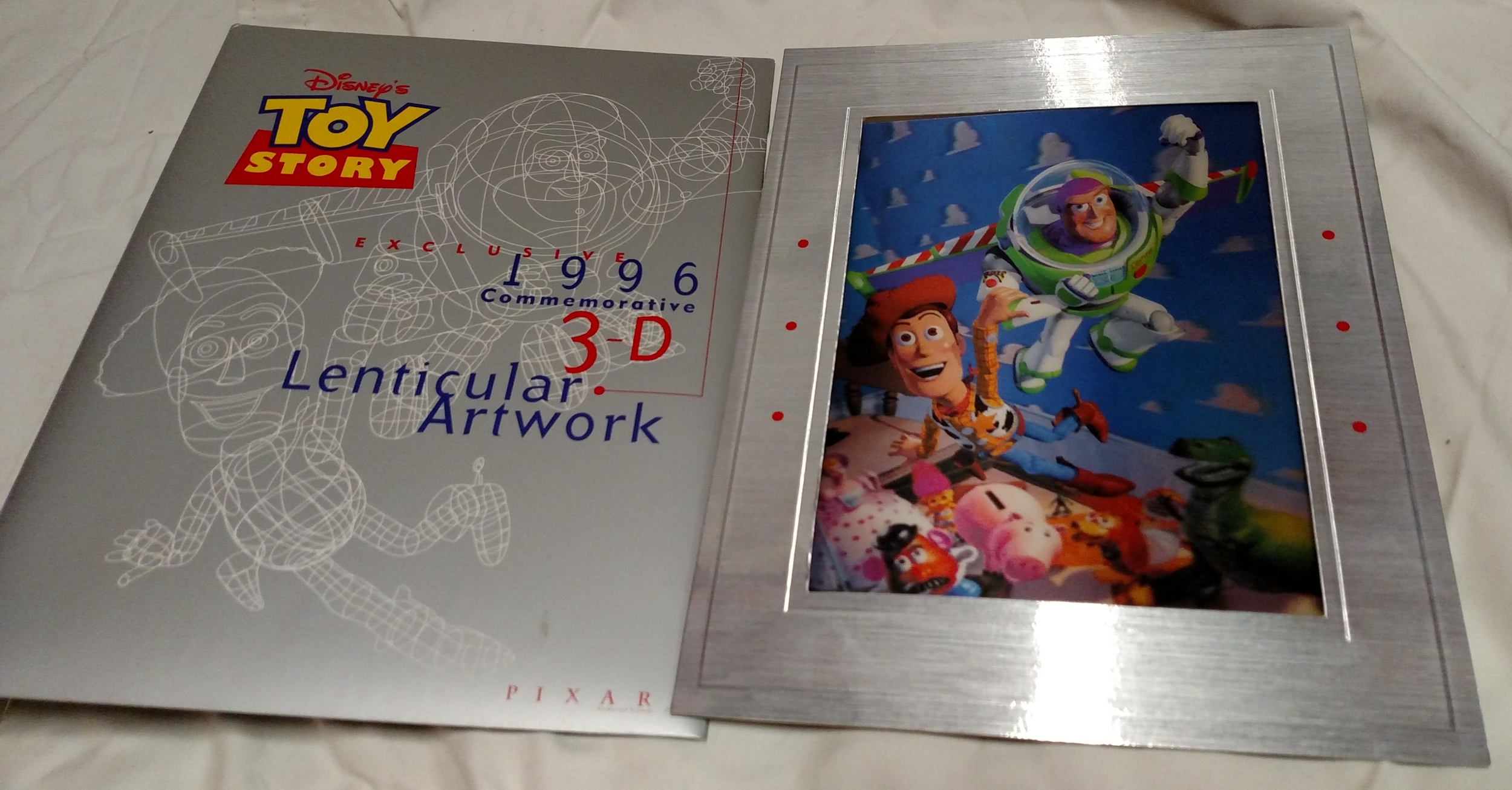 Toy Story is the only Pixar movie to be released on Laserdisc in the United States. The first DVD edition didn’t hit store shelves until October of 2000.

The studio’s second feature, A Bug’s Life, was released on Laserdisc in Japan and France, both only in dubbed editions with no English. By that time, the Laserdisc market had collapsed in favor of DVD. Disney gave up on the LD format entirely not long after.