The saga of the retro-style “ReAction figures” from partnering toy companies Super7 and Funko seems to have dragged on for ages. If, like me, you were a fan of the ‘Alien’ toys released last year, get ready for a second wave.

After what felt like an endless wait, the original ‘Alien’ figures, based on unused molds from a scrapped 1979 toy line by Kenner, were finally released at the end of 2013 to great success. Unfortunately, Kenner only originally designed five figures before the project’s plug was pulled. However, Funko and Super7 also managed to create a very cool Egg Chamber Playset (due for release next year) that looks like a fitting companion piece.

Now the companies have found a way to milk the product a little more with four new-ish ‘Alien’ figures created by mixing-and-matching, slightly modifying and repainting the original body parts. Despite the “Frankensteined” nature, I think these look pretty good on the whole. Certainly, they’re a lot better than Funko’s other attempts to expand the ReAction concept to other licensed properties with poorly sculpted figures of its own design. 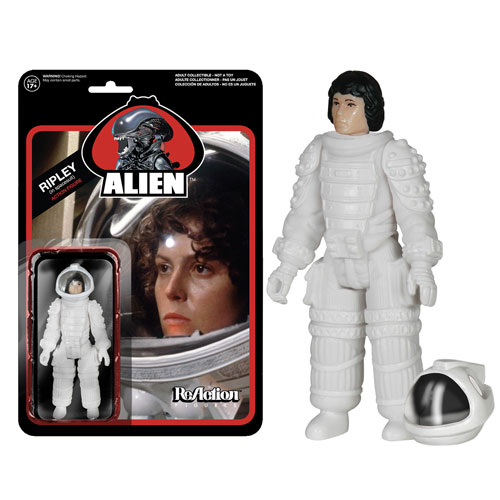 This figure, intended to depict the final scene from the film, is obviously a simple swap of the prior Ripley’s head onto the body of Kane’s spacesuit, repainted white. It’s nothing fancy, but it works. 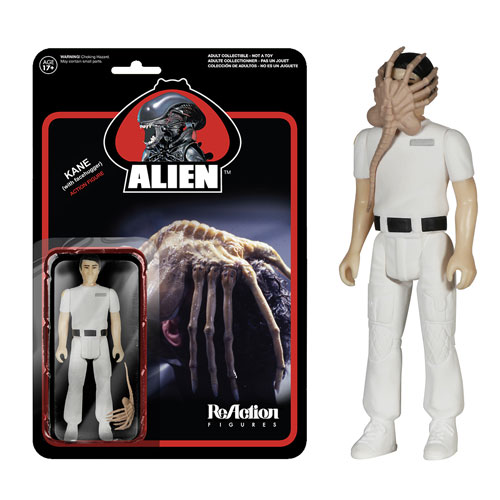 This new version of Kane combines a repaint of Ash’s body with a new head sculpt and a new Facehugger accessory. The head isn’t very clear in this photo, but I assume it’s similar to the following Kane variation, just with its eyes open. The face sculpt is merely adequate, but considering that most fans will probably display the figure with the Facehugger on top of it anyway, it’s functional enough. 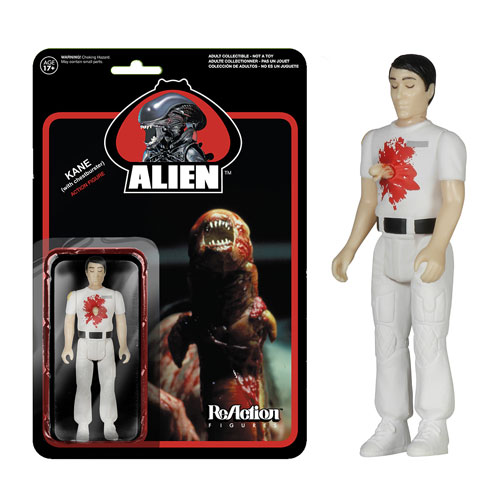 The second variation of Kane gets major points for creativity by re-enacting the movie’s most famous set-piece in grisly fashion – something that Kenner never would have gotten away with back in 1979. As mentioned above, the face sculpt is a weak area, and this one doesn’t have the benefit of hiding it behind an accessory. Making Kane close his eyes doesn’t help at all. However, the coolness of the chest-burst effect overrides any flaws. 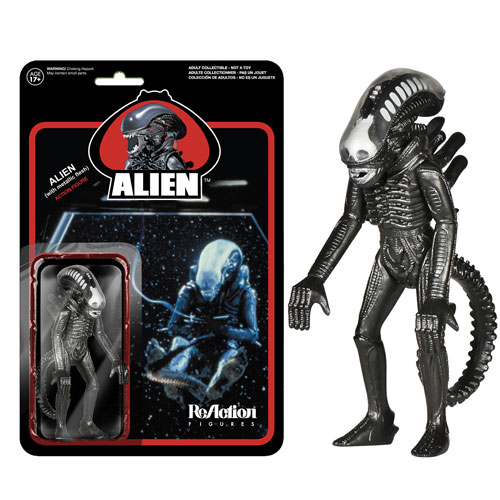 Funko loves to repaint existing toys in countless variations to dupe completist collectors into essentially buying the same item over and over again. The previous black and “smoky gray” versions of the Alien were practically indistinguishable from one another. At least this one looks distinctive, while still mostly being true to the creature’s look in the film. I’m not sold on the white skull and head spots, though. They’re just kind of weird.

The second wave of ‘Alien’ figures will be released in November for $9.99 each. Now that we have a Chestburster Kane, should we cross our fingers in hope for a Nostromo galley playset?