As both the Toy Story and Child’s Play franchises return to theaters this weekend (brilliant counter-programming on United Artists’ part), this seems like a good time to look back at our own childhoods. When you were a kid, what was the one toy you most coveted but were never lucky enough to actually own?

The toy I coveted but never got when I was a kid was the Magic Nursery Doll. I wasn’t really a doll kid (though I did enjoy decapitating my Barbies), and this doll was nothing beyond a cheap gimmick, but I wanted it. Perhaps it was my emerging, and now eternal, sense of FOMO in getting to discover the doll’s gender through the magic of water. Perhaps it was the hidden facial tattoo. Whatever it was, I wanted that doll, dammit. My parents must have known that my interest in the doll would have evaporated as soon as I got him or her, and did not ever get me that doll. The good news is that a very good friend got one at Christmas that year, and I got to see how disappointing it was. After you strip away the few ’90s details added onto to make it appealing, it’s just a dumb doll.

This might have been the year I received a Creepy Crawlers oven, which was not only more fun, it was far more “me.”

There was so much to want – the original Star Wars AT-AT, for one. But the set a friend had that I wanted desperately (and haven’t had the stomach to eBay) is the Lego Space Galaxy Explorer (497 or 928, depending where you lived). There have been many more glorious Lego sets, and I own a huge chunk of them, but this is the one I covet to this day. Even the echoes to it from the Lego Movie sets did little to sate the thirst. 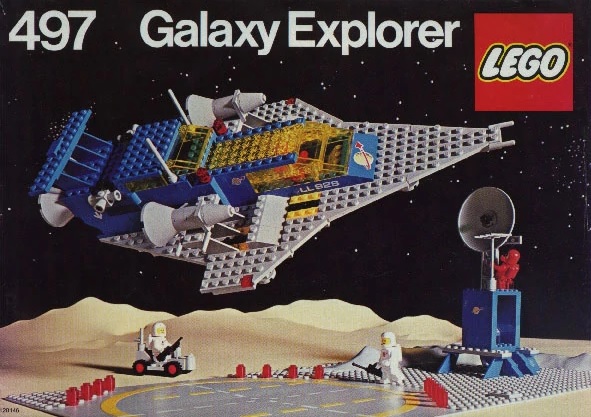 Oh, how desperately I wanted – no, needed – the U.S.S. Flagg. This G.I. Joe aircraft carrier was right at seven-and-a-half feet long, carrying an eye-watering price tag north of $100. I had neither the money nor the space for this behemoth as a kid, but I was convinced that this playset was the absolute most incredible thing ever created. Its scale and scope certainly eclipsed everything else out there. It had its own functioning P.A. system! An elevator! Missile launchers! A crane! An arrestor cable (plus a corresponding piece you could snap onto planes)! Admiral Keel-Haul! Who cares that it was basically immobile and would devour an entire playroom we also didn’t have?

Even though all my G.I. Joe figures and vehicles are long gone, if I were to stumble upon a U.S.S. Flagg today, I’d still find myself considering it. 33 Christmases without a seven-foot box under the tree are 33 Christmases too many.

Fun fact: My father-in-law actually served on the U.S.S. Nimitz, which was the basis for this playset. If he’d stuck around just a little bit longer, he might’ve been in the background in The Final Countdown as well! 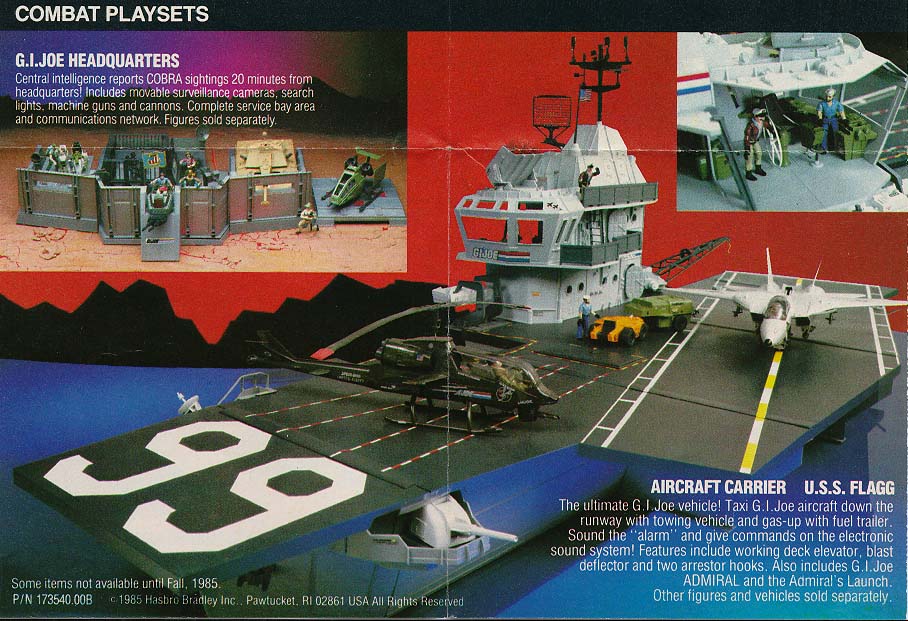 Anyone who’s read this blog for a while knows that I was a G.I. Joe kid. Adam’s answer of the U.S.S. Flagg was of course the one toy that every boy in the 1980s dreamed of owning, but was far too impractical to make its way into most homes. I lived in an apartment at the time, and believe me, as much as I measured and re-measured the dimensions of my bedroom, there was no way that thing was fitting in it. The Defiant Space Vehicle Launch Complex was a little less gargantuan, though still quite a beast in itself. I never owned that one either, but I did get (and still have today!) the Mobile Command Center.

Second to G.I. Joe was my love for the Transformers. The biggest toy in that line (which was obviously the one I most desired) was Fortress Maximus, the Autobot city that could transform into a battle station and then into a huge robot. He was so big he included two Headmasters – a Headmaster inside a Headmaster! (A Headmaster is basically a small robot that transforms into the head of a larger robot.) As much as I begged for one, I had to console myself with Metroplex, the other and notably smaller Autobot city. I mean, he was still pretty big, but he was no Fortress Maximus. (Ironically, while Fortress Maximus was decidedly the larger toy, Metroplex was supposed to be the largest Autobot character according to cartoon canon.)

For this kid, size definitely mattered, and I wanted all the biggest toys! 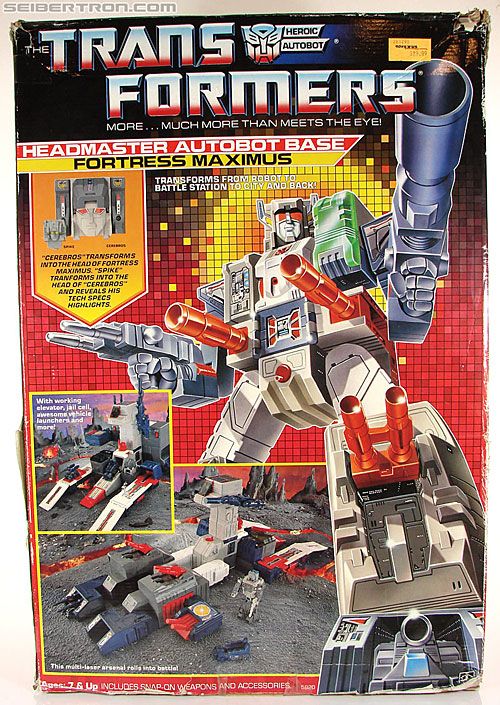 What toy did you most desperately want when you were a kid?