Delayed for so long that I’d almost forgotten I’d ordered them, the retro-style ‘Alien’ action figures from Super7 finally arrived on my doorstep just in time for Christmas.

I’ve recounted the tale behind these movie tie-in toys before. For the benefit of those who haven’t followed the story, here’s an excerpt from my last post on the subject:

[T]hese action figures are based on a canceled toy line that the Kenner company (now part of Hasbro) originally planned to release in 1979, hoping for the same sort of merchandising bonanza that ‘Star Wars’ had previously delivered. Those plans were scrapped at the last minute when someone finally pointed out that ‘Alien’ was an R-rated horror movie and not kid-friendly at all. For many years, collectors coveted photographs of prototypes they assumed they could never actually own… until Super7 landed a deal to license the original molds and produce the line exactly as it almost came into being.

Pre-orders for the “ReAction” figures opened on August 1st this year, at a price of $100 for the full set of five, which includes Ripley, Dallas, Kane, Ash and the alien itself, all in appropriate vintage-style packaging.

Initially, orders were only opened for a one-week period before selling out. However, Super7 later announced that it had struck a new partnership with another toy company called Funko to expand distribution. Funko now plans to sell the figures individually at a price of $14.95 each.

Yes, if you do the math here, you’ll see that the new price comes to just under $75 for all five. Per a press release from Super7:

We are aware of the discrepancy in price with the new agreement, so there is a additional, secret figure that will be included in the Super7 pre-orders that will be available only for those who pre-ordered sets of Alien from us, and will not be available anywhere else. (And preorders are long since closed.) We think it will be a nice thank you to everyone who believed in this project and pre-ordered ahead of time, being part of the excitement of the release of this long-awaited line of figures.

Now that the pre-order package is finally here, just what exactly is this additional mystery figure?

Well, it’s a second copy of the alien in a variant “smoky gray” color scheme that, quite frankly, doesn’t look all that different from the regular alien figure, except that the plastic is somewhat translucent. I’m not going to lie to you; I’m a little disappointed in that aspect.

Here are photos of all six figures in their cardboard blister packs. If you click to enlarge, you can see the small difference between the two aliens. 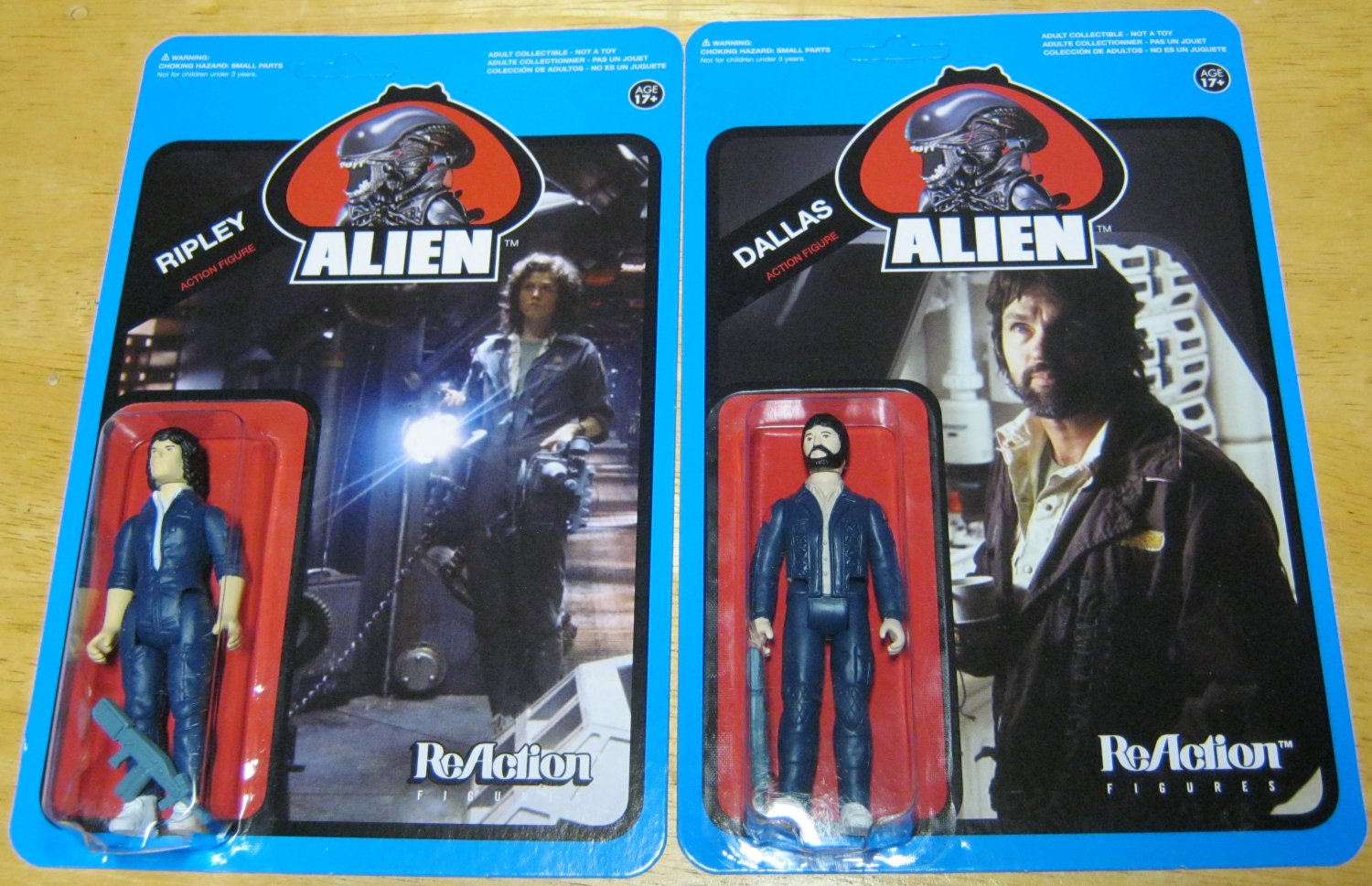 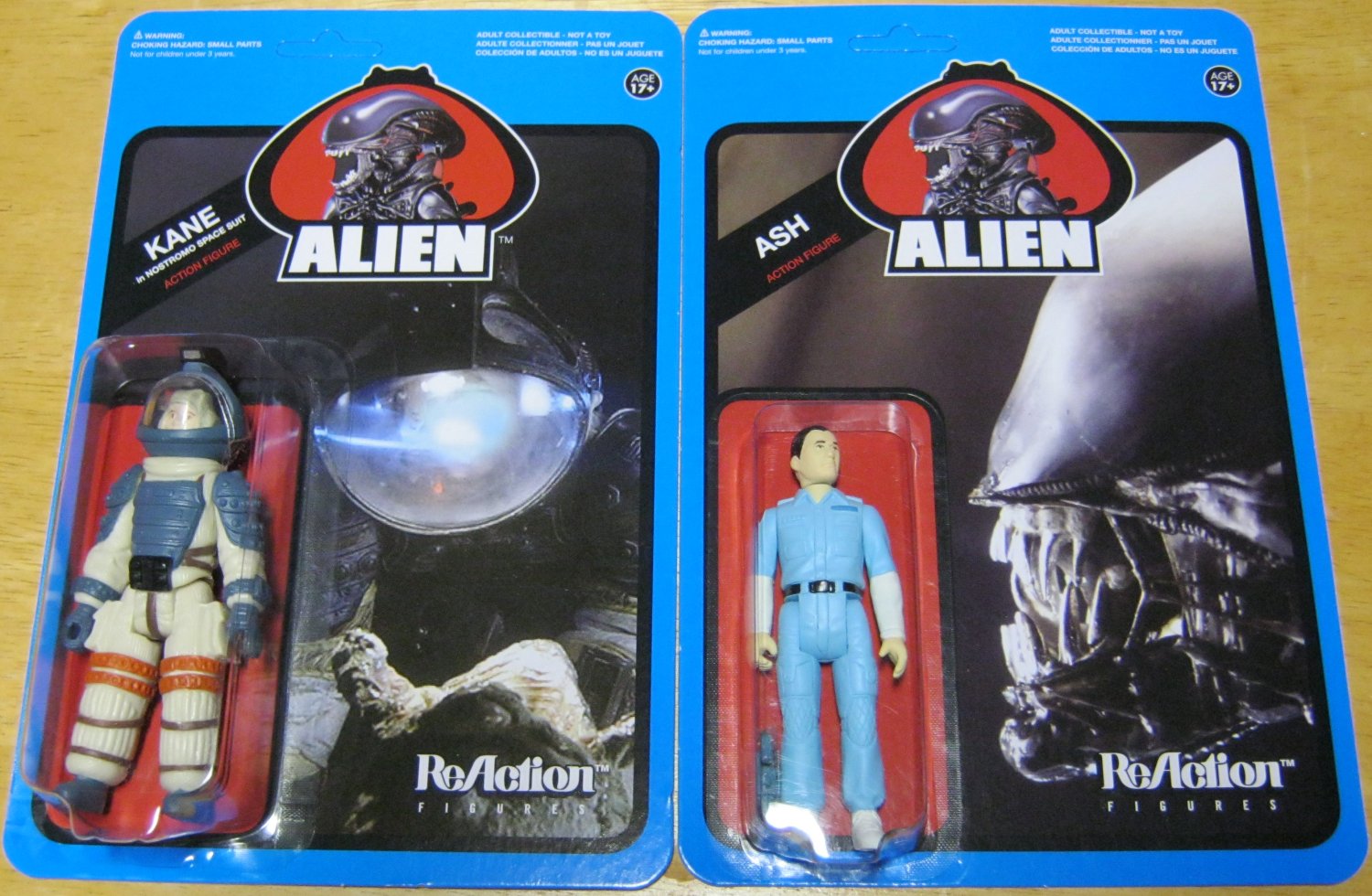 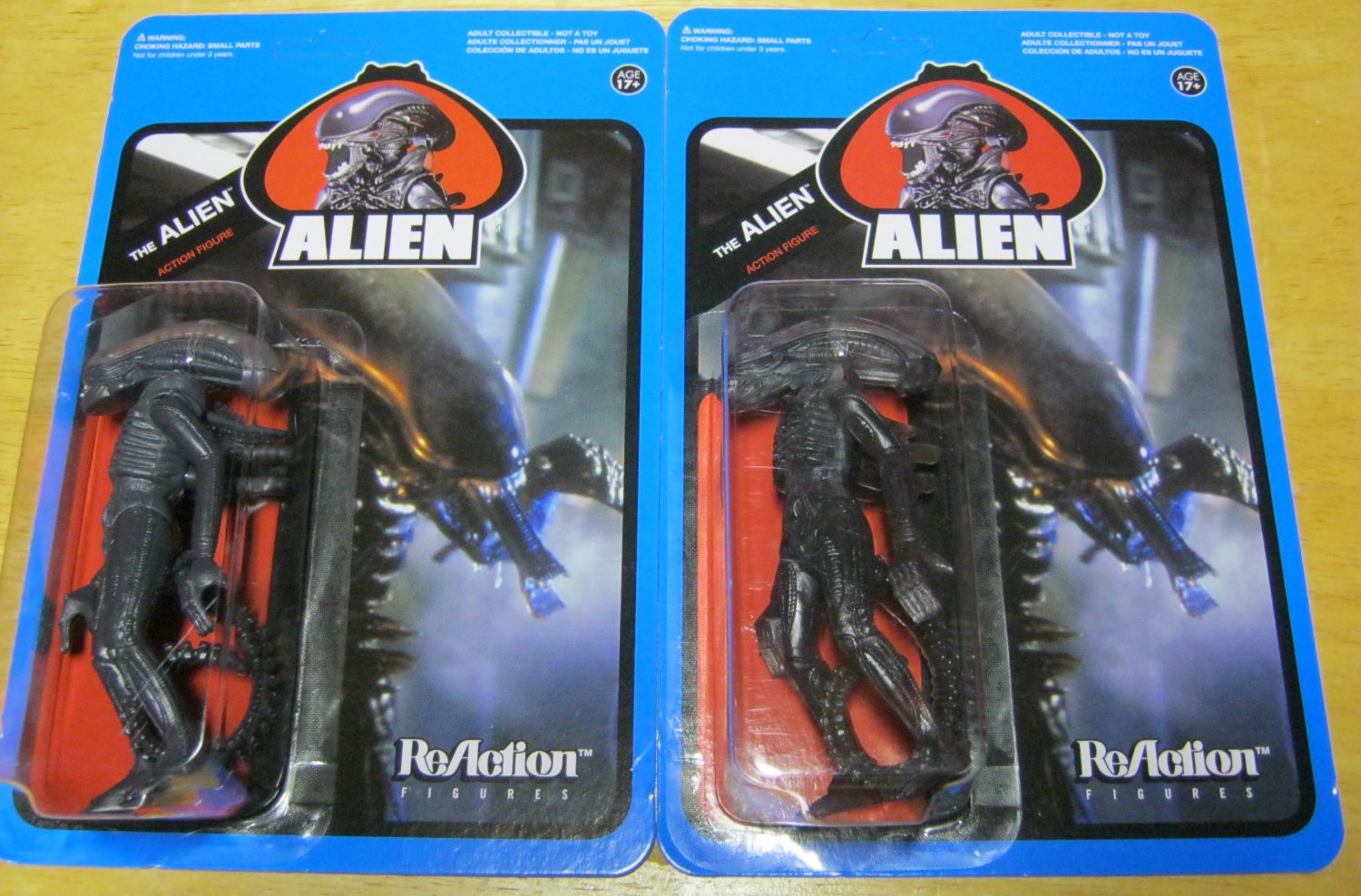 I’m not generally the type of collector who leaves action figures carded. However, in this case, I feel that the retro packaging is a big part of the appeal. They look nice on display in my home theater room. 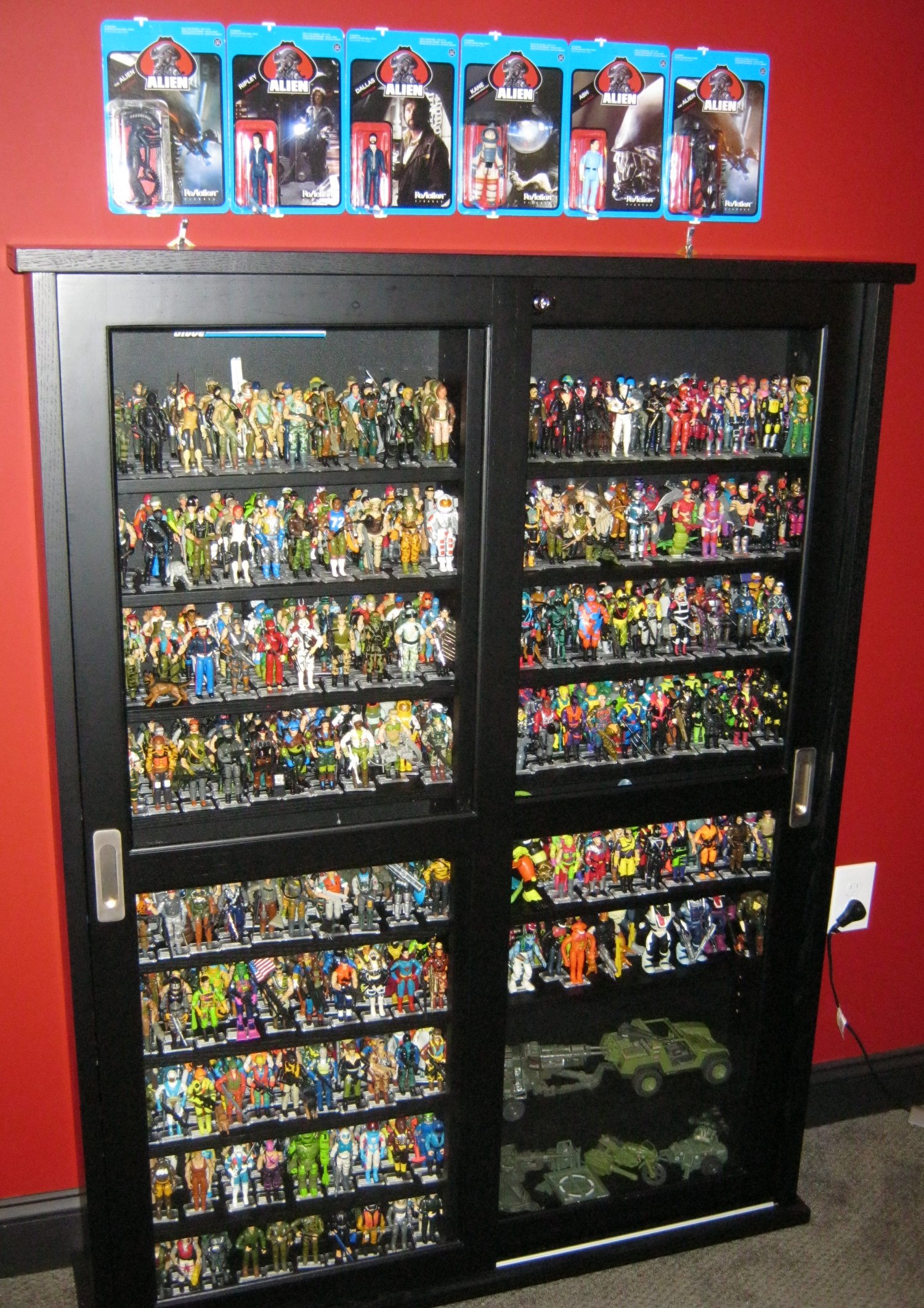 Even though the variant mystery figure is a letdown and not really worth the $25 price difference, I’m satisfied with this purchase overall and don’t regret pre-ordering. These are fun collectibles that I’m glad to own.

Pleased with the initial success of these ‘Alien’ figures, Super7 and Funko plan to expand the ReAction concept to additional licensed properties, potentially including ‘Buffy the Vampire Slayer’, ‘Firefly’, ‘Predator’, ‘The Goonies’, ‘The Terminator’, ‘Escape from New York’, and ‘Bill & Ted’s Excellent Adventure’. I believe the intention is to make these in a similar vintage 3 ¾” style – the difference being that they’ll have to be original sculpting designs. Whether all of these will actually come to fruition or not, I can’t say. I’m not sure that I’d want to collect them all, but I’ll be interested to see what they look like.