Over the years, I’ve collected far too many movies in box sets or fancy packaging that just wind up sitting on my shelves, collecting dust, unloved. This is especially true for DVD releases, which I seldom pay much attention after I’ve upgraded the movie in question to Blu-ray. That’s why I created this “Unboxed” series, as an excuse to dust off and admire some of these treasures. In today’s installment, we’ll take a look at the Korean DVD edition of Guillermo del Toro’s dark fairy tale ‘Pan’s Labyrinth’.

The 2006 film was released on DVD, HD DVD and Blu-ray in North America, all in pretty nondescript keepcase packaging. The Korean DVD release from Taewon Entertainment, on the other hand, came in a lovely book-style package with a faux-leather cover. Click on any of the following photos to enlarge. 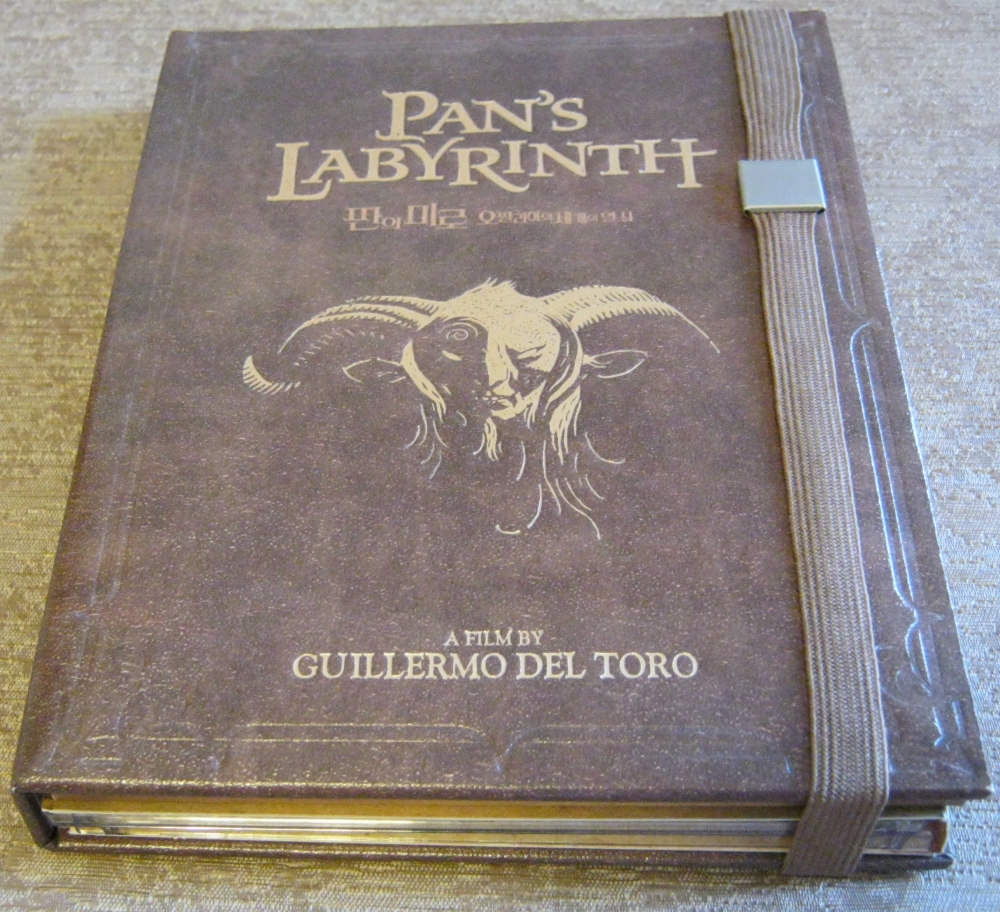 Here’s what the outer cover looks like with the obi strip (or whatever the Korean term for an obi strip is) on display. As you can see, it looks better without it. 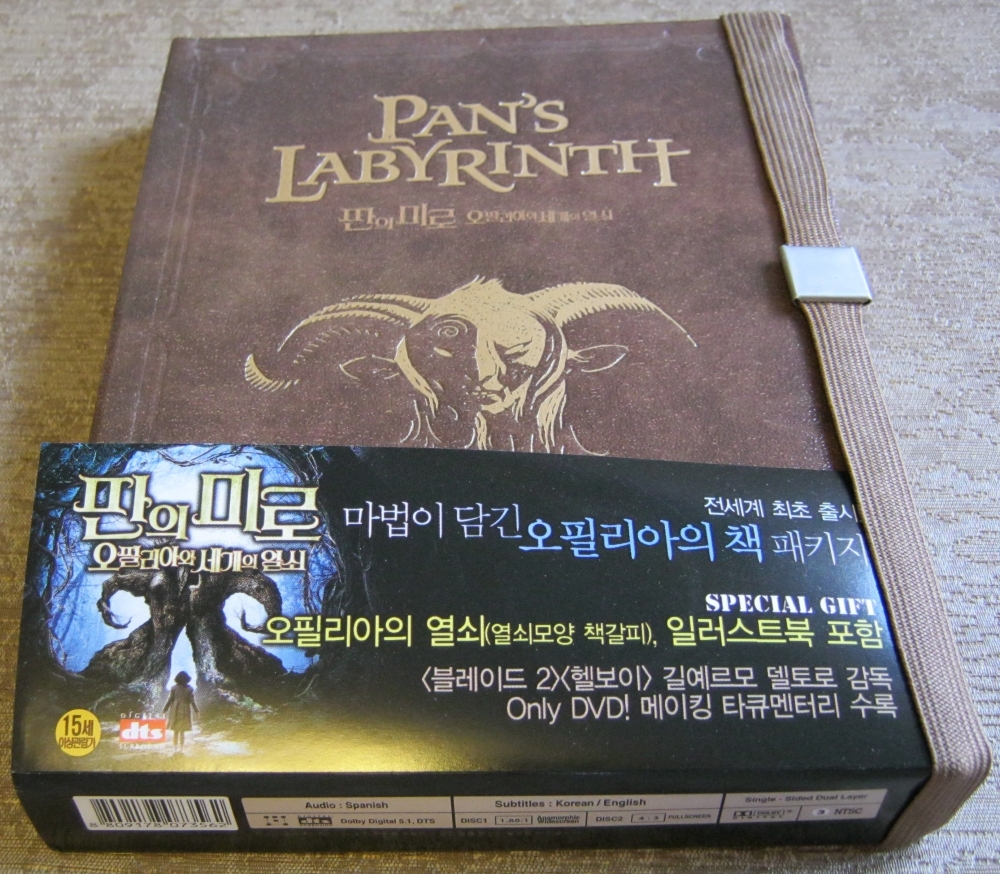 The book opens in two stages, unfolding to reveal that it’s a Digipak inside. 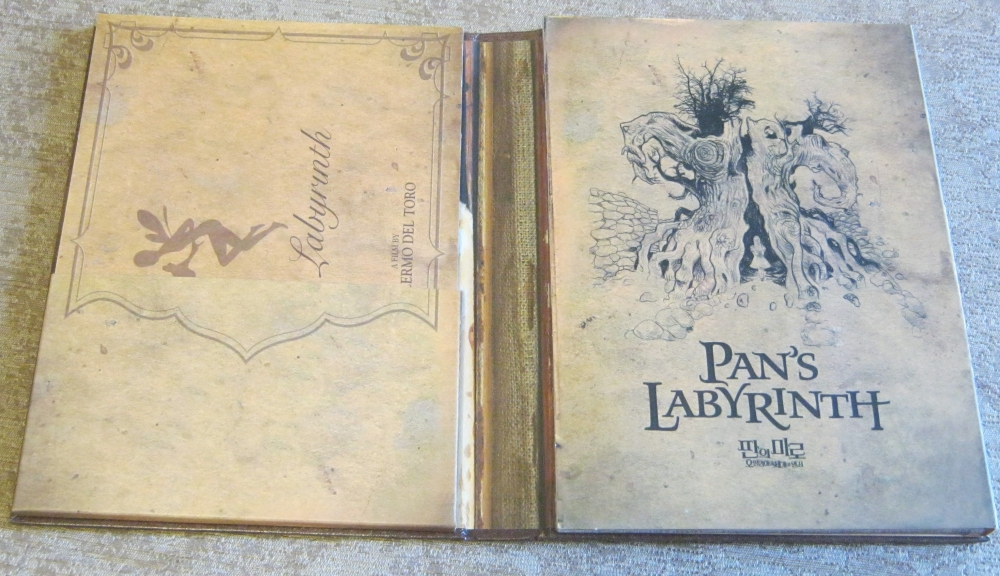 Fully open, the trays hold two discs, one for the movie and one for making-of features.

The pocket on the left panel holds an art book and some sort of souvenir key thing. (It’s very flimsy and seems to be made of tin.) The paper on the right side of the photo below is the spec sheet from the back of the packaging, which wraps around underneath to display the obi seen in a previous photo. I’ve folded this and keep it inside the book. 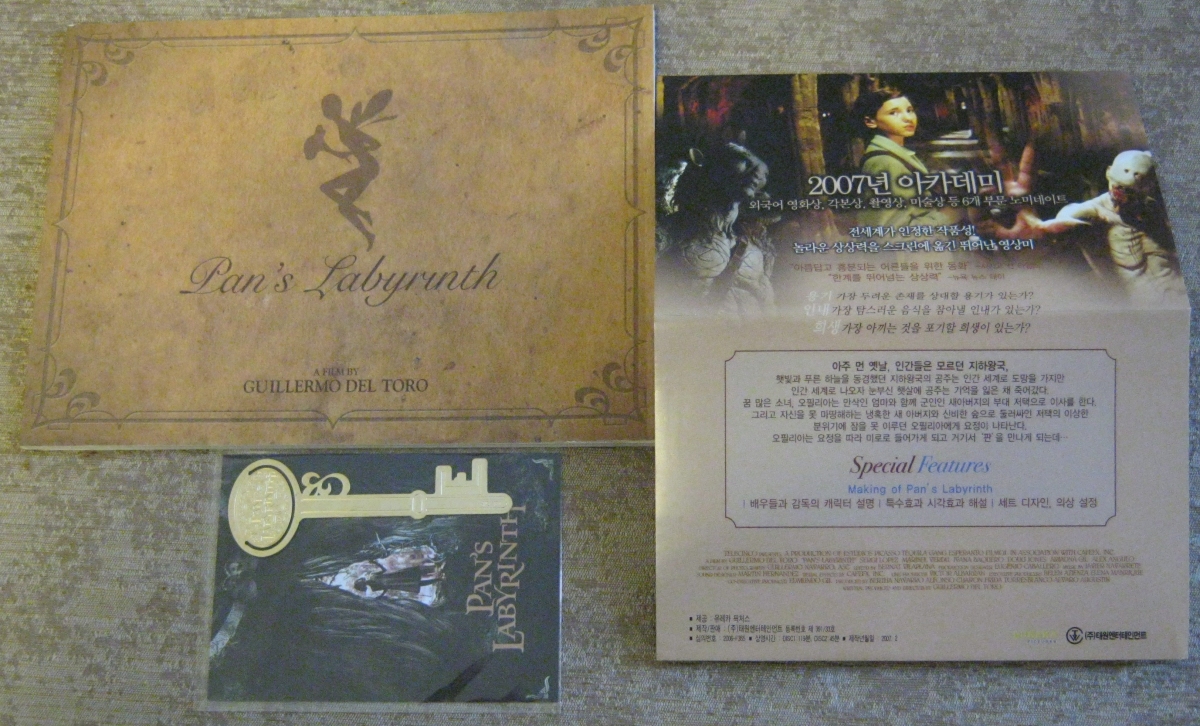 The 32-page art book inside is the highlight of the package. It starts with a synopsis of the film’s story (in English), and then goes on to showcase 24 sketches and storyboards from the movie’s production. Here are a couple of samples: 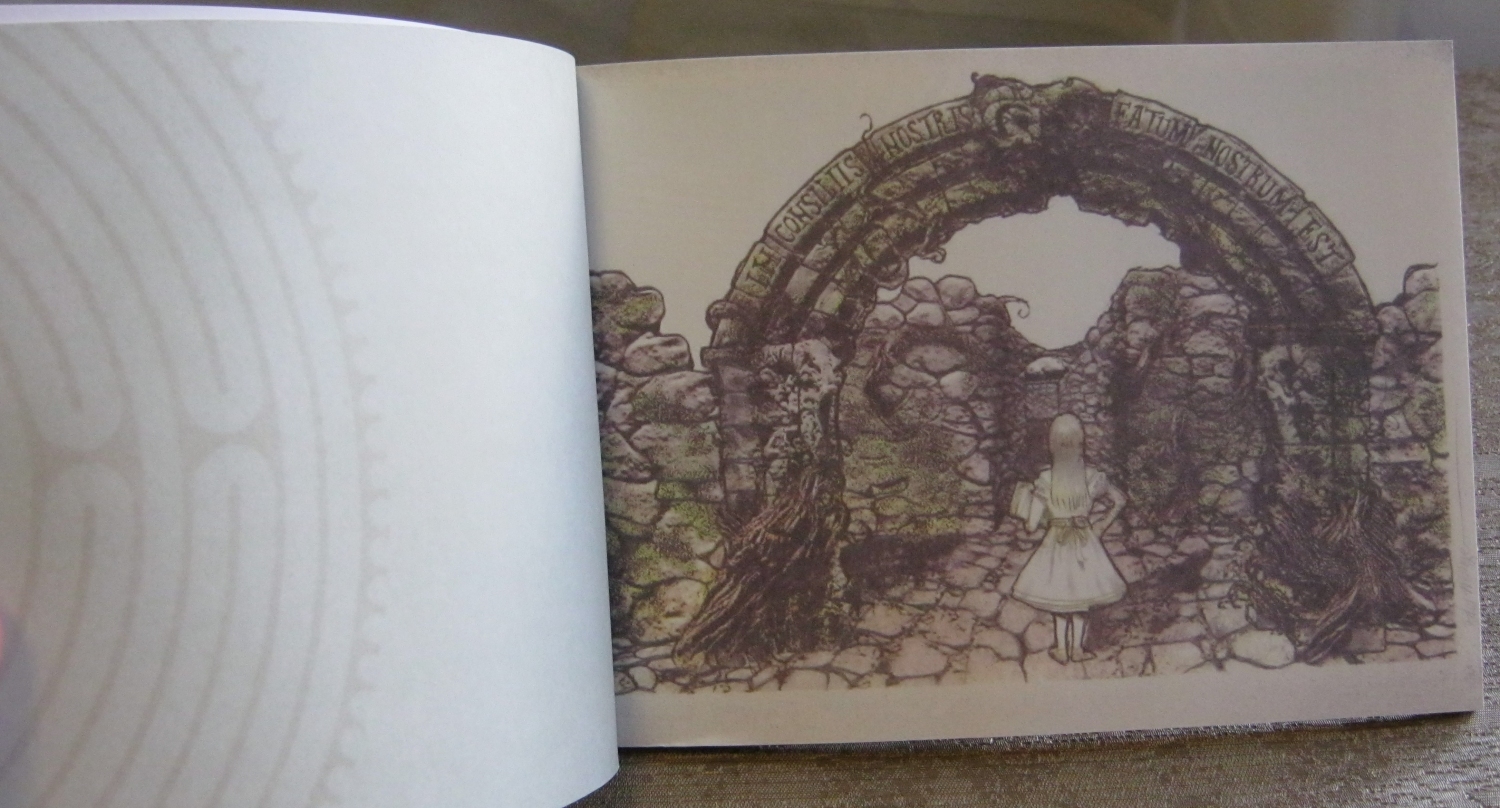 This is a very handsome package, well suited to the style and tone of the movie. The first DVD in the set is also very English-friendly. All on-screen menus have English text, and the film’s original Spanish-language soundtrack is provided in Dolby Digital 5.1 or DTS 5.1 with optional English or Korean subtitles. Of course, there’s not a whole lot of reason to watch the movie on DVD anymore when superior Blu-ray editions exist, but it’s good for what it is.

Disc 2 contains a 45-minute making-of documentary that appears to be different than the bonus features on the domestic DVD or Blu-ray. Unfortunately, while the menus screens on that disc are also in English, the documentary is in Spanish and only offers Korean subtitles.